REMEMBERING ROY: Hickory Post 48 coaches reflect on what Roy Waters meant to them
0 comments
Share this
Only $5 for 5 months
1 of 2 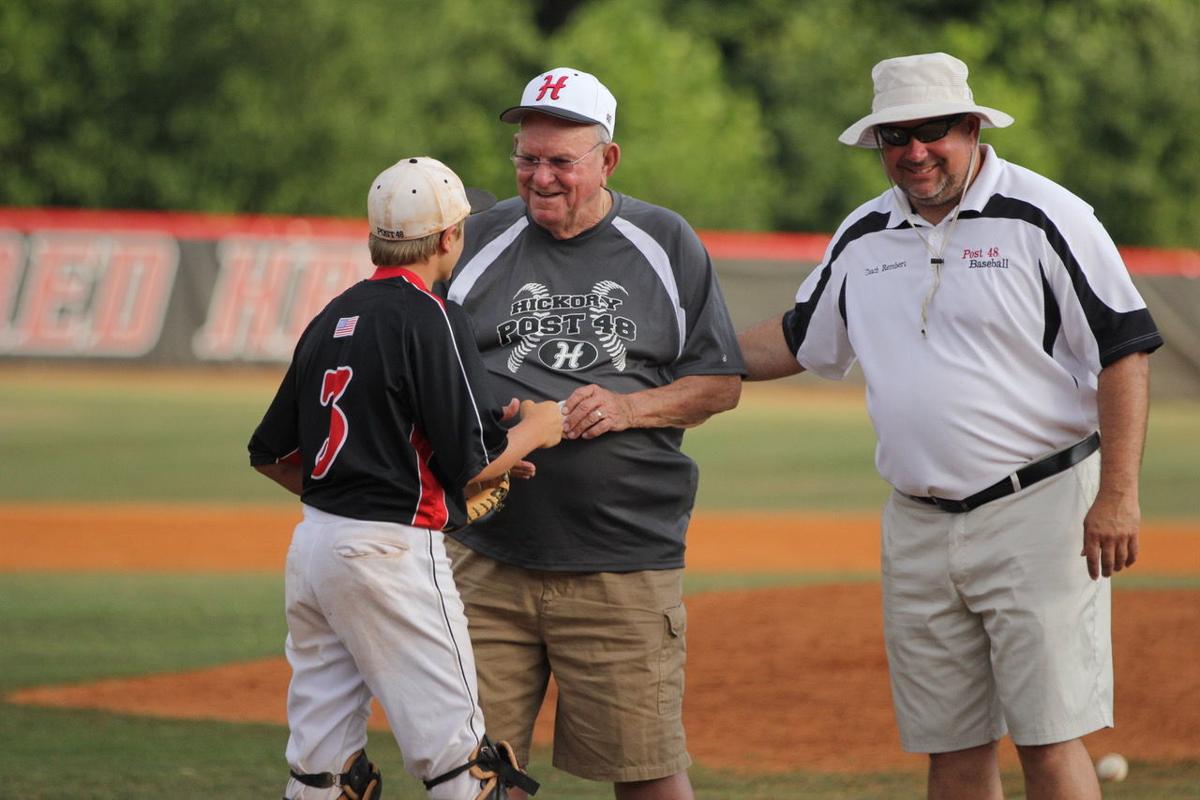 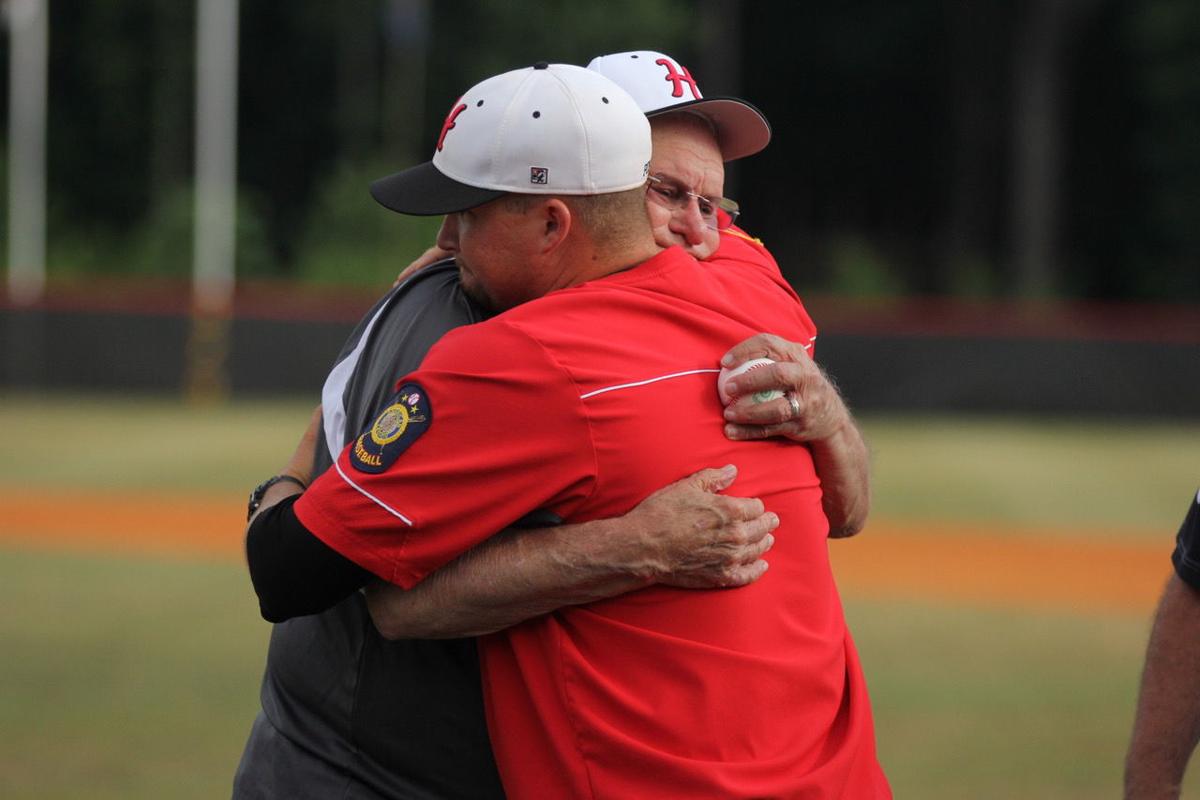 Also a United States Army veteran who served in the Korean War as a medic and the founding member of Mountain View Fire Department, Waters was inducted into the North Carolina American Legion Hall of Fame in 1997, although he continued to function as Hickory Post 48’s AD until 2015. Additionally, he was involved in athletics at Fred T. Foard High School for 36 years, including as the game clock operator for the Tigers’ football games from 1975 to 2009.

But Waters was perhaps most known for his lengthy tenure as the AD of Hickory’s legion baseball squad, which posted a combined record of 414-340 under his watch. Post 48 was 267-208 in Area IV West Division play during that same period, winning Area IV titles in 1993 and 2002 while finishing second in 1997 and 2011.

The Hickory Daily Record recently reached out to several of those head coaches, and here’s what they had to say about Waters’ impact on them and local legion baseball:

JEFF PRICEI’ve known Roy about all my life. Actually, he was the same age as my mother, they went to school together, and we all grew up in Mountain View. I went to school with some of his children, but I’ve basically known Roy and his family my whole life. We had a lot of great times together at Post 48 and I’m a firm believer that legion baseball stayed around and has been around and flourished as well as it did because of Roy.

I was there as an assistant coach before being the head coach and then stayed on after that as athletic officer, and I just have a great memories. … I just had a lot of ties to Roy and I miss him. I used to see him out eating here in the last few years and it’s sad (that he’s gone), but he had an enjoyable life and I know he loved baseball and I do cherish the memories I have of the time that we got to work together.

CHIP WATTSI had the honor and privilege to play for Post 48 and be the head coach for Post 48 following my baseball career at Gardner-Webb University. During my high school days as a player I had the opportunity to meet Mr. Roy Waters in 1997. He was referred to as “The General” as he was always around the park watching batting practice and sitting up near the press box taking in the sights and sounds around the ballpark and eating a good, juicy hamburger from the concession stands. He was always waiting for me in the coaches’ office following every game to congratulate us on a big win and discuss each inning as he replayed the game in his head.

He truly loved the game of baseball and gave his heart and soul to the American Legion Post 48. He loved his country, his players and the game of baseball more than anyone I have been around. I will never forget the day he called me and said, ‘I think you should be our next head coach at Post 48.’ I was a young head coach, but he gave me a chance to lead such a great group of young men and I will forever be grateful. I thank some of the mentors such as Marty Curtis, Jeff Price and David Craft that gave their summers up to coach guys like myself and truly were an influence on my life just as “The General” Roy Waters was as well. I can’t wait to see you again one day in heaven as we will all be singing “Take Me Out to the Ballgame” during the seventh-inning stretch. Rest in peace and blessings to you and your family.

FORE REMBERTWhether it was on the road trips to the games, stopping by his house on the way to work in the mornings to eat peaches and biscuits or strawberries and biscuits, or going to Shelby to order our ball equipment and stuff for the coming summer, Roy shared his love for the Lord, his family and, of course, the stories of ball. Success on the field is often measured strictly in wins and losses, and that’s OK as it is the nature of coaching and playing. But the real successes that are less known to those that are not as directly involved are the relationships that are formed through playing ball. And that’s what Roy had — relationships with countless legionnaires, ADs, coaches and players, and so many of the fans.

CAMERON BEARDI had the pleasure to know and be around Roy through the baseball program at Post 48 since the time I was 16 years old playing for Coach Fore Rembert. As a player, assistant and then the head coach at 48, Roy was always a constant at the fairgrounds. He loved each of us as his own and went out of his way to provide a first-class opportunity for us. I was fortunate enough to get a call from Roy as a senior in college offering me the chance to lead the program, and I will forever be grateful for him giving me my first opportunity in coaching. I will always remember our talks, trips and time spent together.

Roy loved me, my wife and my family, and that sentiment was definitely mutual. I loved Roy Waters. I am grateful for everything he did for me, and I look forward to seeing the great things he did for the game in our area continue to be carried on even in his absence.

GoFundMe set up for family of Crawdads groundskeeper

A difficult 2020 got even tougher for the Hickory Crawdads this week, as head groundskeeper Cody Bryant died Monday at age 25 from complicatio…

GoFundMe set up for family of Crawdads groundskeeper

A difficult 2020 got even tougher for the Hickory Crawdads this week, as head groundskeeper Cody Bryant died Monday at age 25 from complicatio…

The NCAA board of governors this week set parameters for each division of play to make its own call on fall sports championships, and presiden…

KEEPING IT IN THE FAMILY: Tigers hire Whitener, a 2015 Foard graduate, as head boys basketball coach

NEWTON — When it came time to select a new head coach for its varsity boys basketball team, Fred T. Foard ultimately decided to hire from with…

St. Stephens High School will have plenty of fresh faces in its athletic program after announcing additions Tuesday morning to its coaching st…