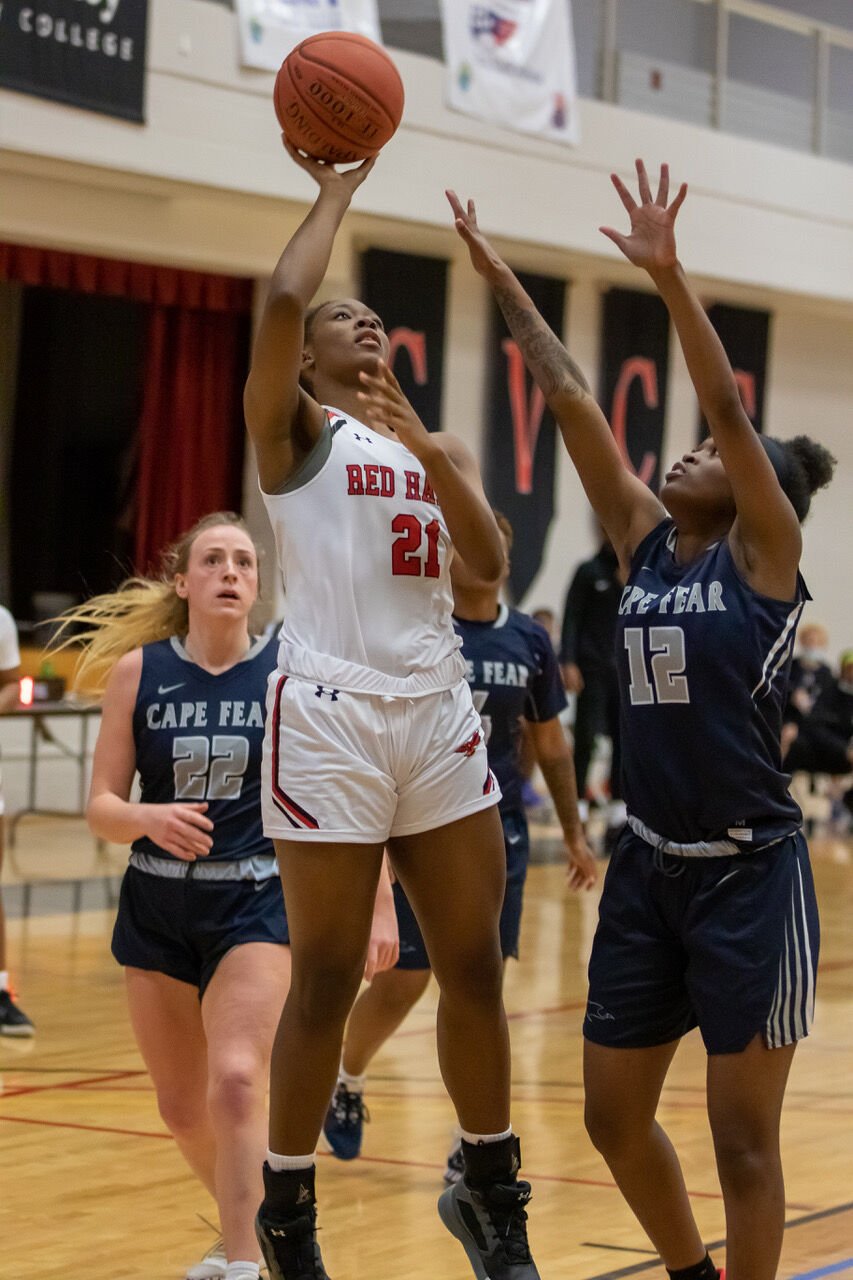 Azuria Barrino (21) shoots over a defender during CVCC's win Saturday. 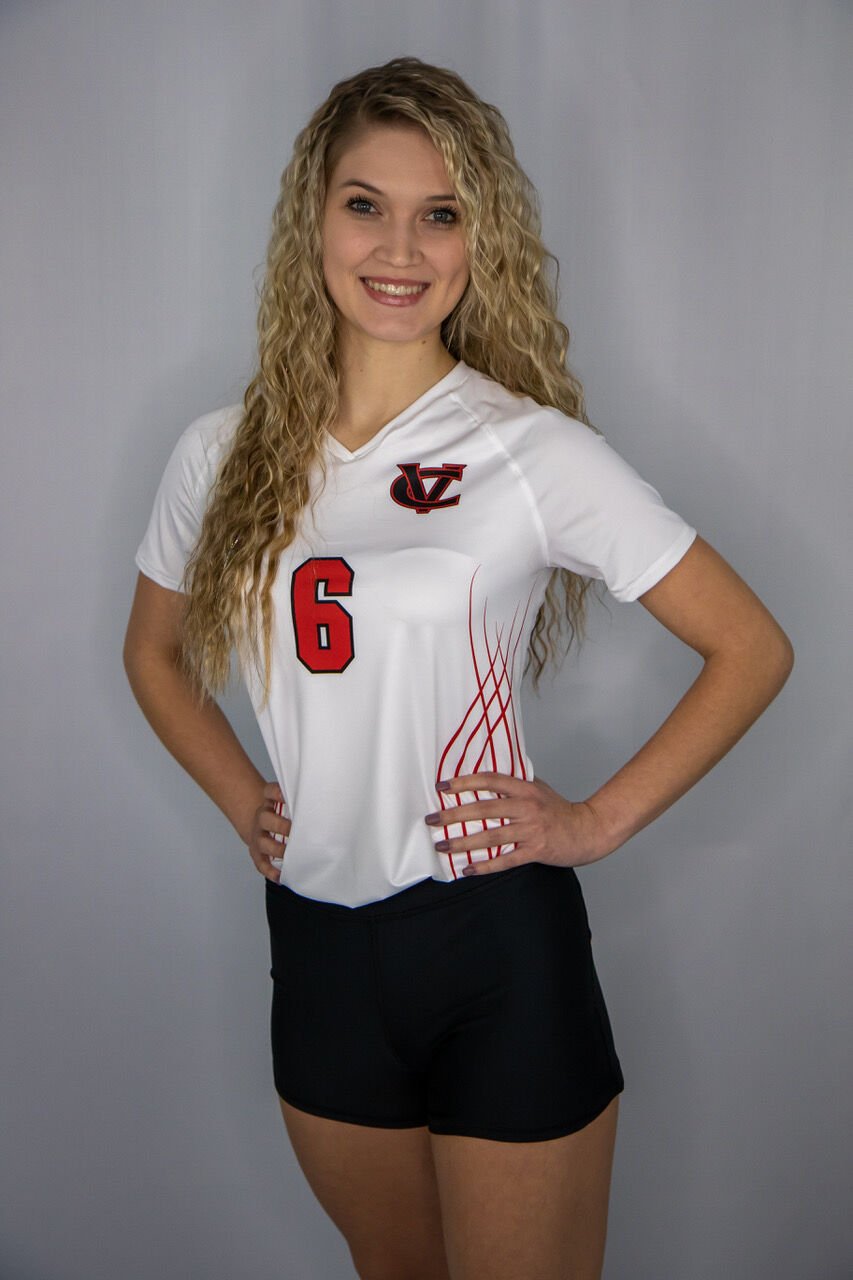 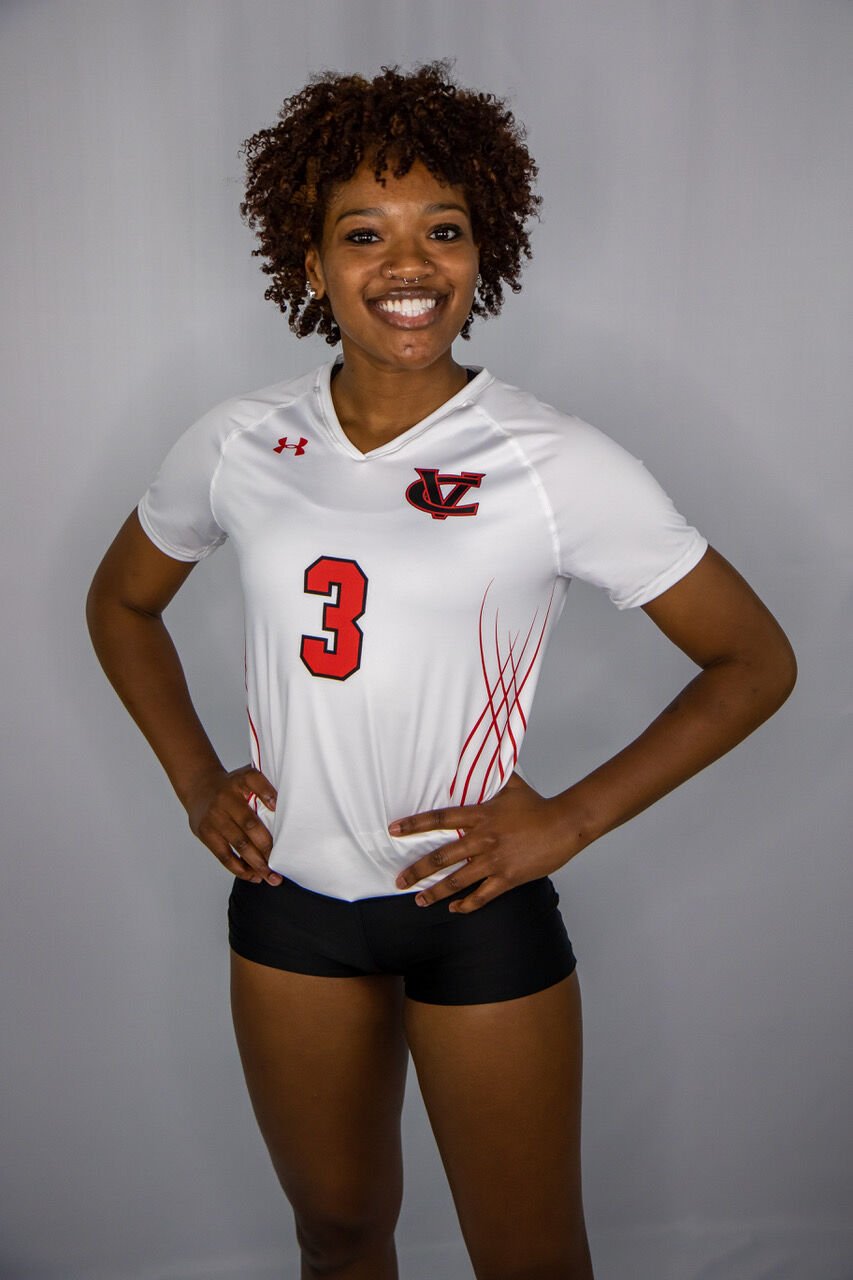 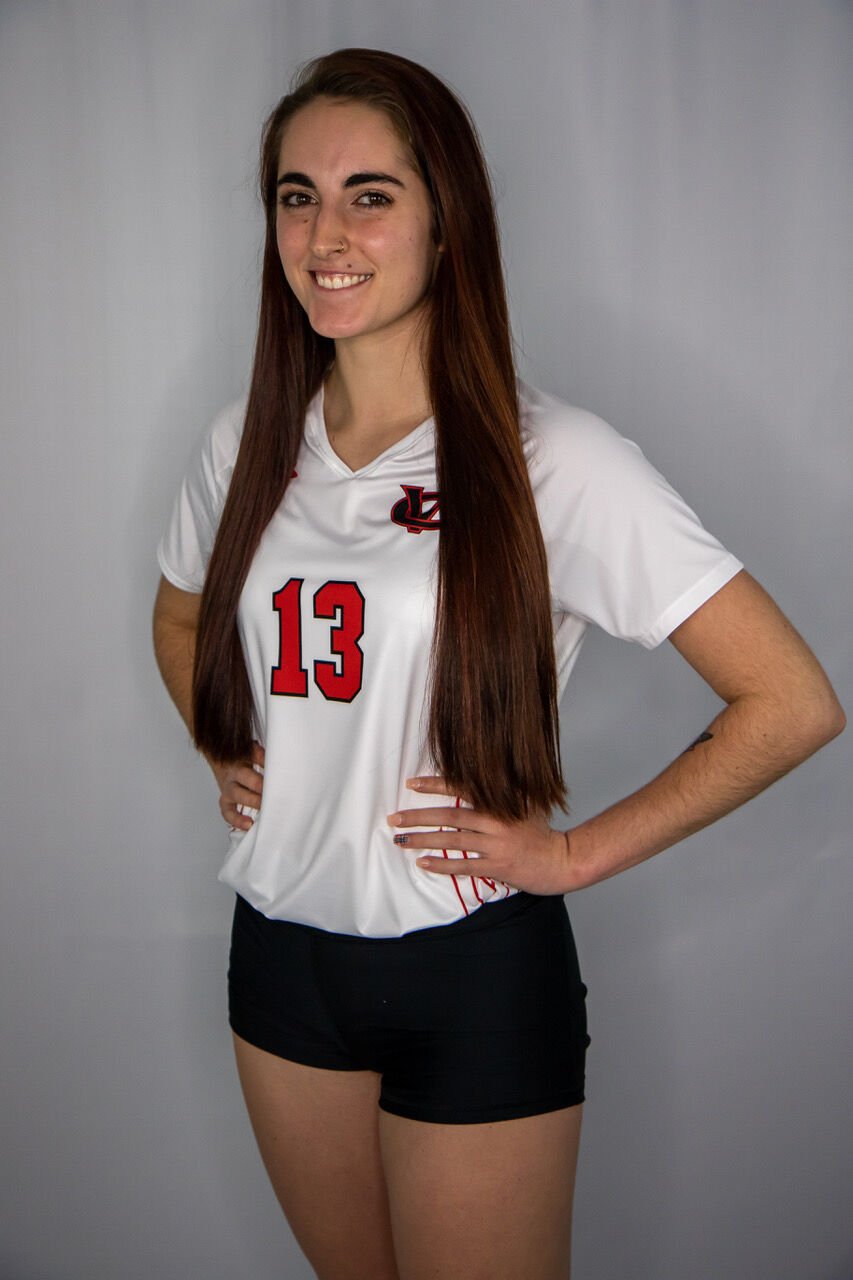 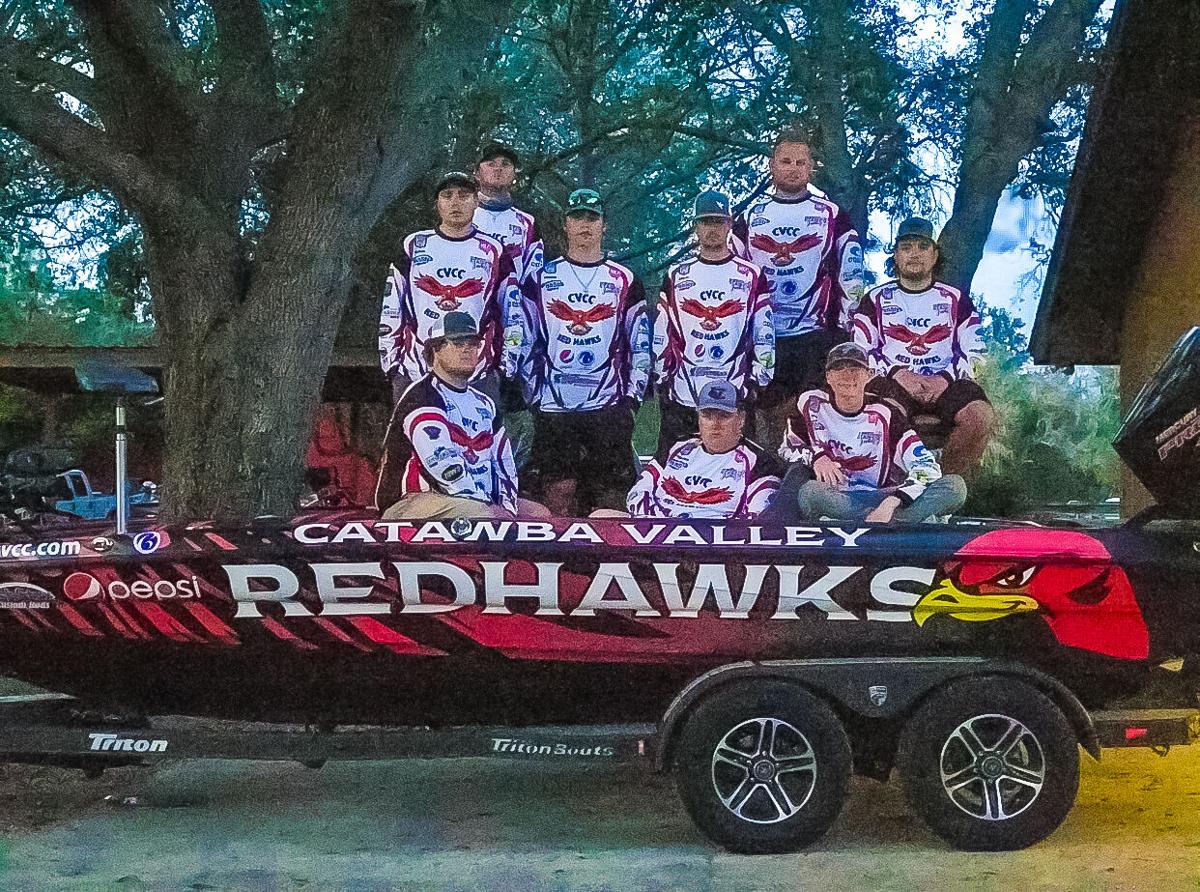 Cody Dalton Special to the Record

Catawba Valley missed its first six attempts from 3-point range and fell behind by 9 points.

Fighting back from down 18-9 in the first quarter, the Red Hawks powered back to start the second quarter on a 15-1 run before taking a 37-27 halftime lead. Jeter led the second-quarter run with nine points.

Cape Fear would eventually close to within just a single point in the fourth quarter before Catawba Valley re-extended its advantage on the way to a double-digit conference win.

The CVCC women’s basketball team returns to action on Monday with a matinee conference contest against Bryant & Stratton. Tip off is set for 1 p.m. at the Tarlton Complex.

Outside hitters Aasia McNeill and Carter Gibson both tallied a team-high eight kills each for the Red Hawks (6-0, 4-0 in Region 10). McNeill also recorded a team-high 16 digs.

The CVCC volleyball team returns to action on Thursday for a road Region 10 contest against Guilford Tech. Match time at the Mary Perry Ragsdale YMCA in Jamestown, N.C. is set for 6 p.m.

Anglers compete in first tournament of ’21

The Catawba Valley Community College bass fishing team started its 2021 calendar year off with solid finishes during the Abu Garcia College Series on Harris Chain of Lakes in Florida on Friday.

The Red Hawks competed in a field of 150 total boaters, and four of the five competing CVCC teams placed within the top 100.

Not far behind Bailey and Seagle were the tandem of.Jeremy Dellinger and Nathan Smith, who finished in 48th place, catching a five-fish total of 13 pounds

Two other Red Hawk teams also finished in the top 100, including Justin Eggers and Caleb Lonca in 83rd place, who had a five-bass total of 10 pounds, 5 ounces.

Crawdads Corner: Hickory's first home game in more than 600 days set for May 11

It’s been a long time since we’ve been able to open our gates and cheer on the Crawdads under the lights of L.P. Frans Stadium. With our sched…

The winter portion of the sports schedule is close to wrapping up. High school basketball will crown its region and state champions. (Previews…

The North Carolina High School Athletic Association announced its brackets Sunday for the 2021 girls basketball tournament. Because of COVID-1…

On a night the chilly, winter winds were whipping across the pitch, the Foard boys’ soccer team was able to bask in the glow of a dominant shu…

Azuria Barrino (21) shoots over a defender during CVCC's win Saturday.