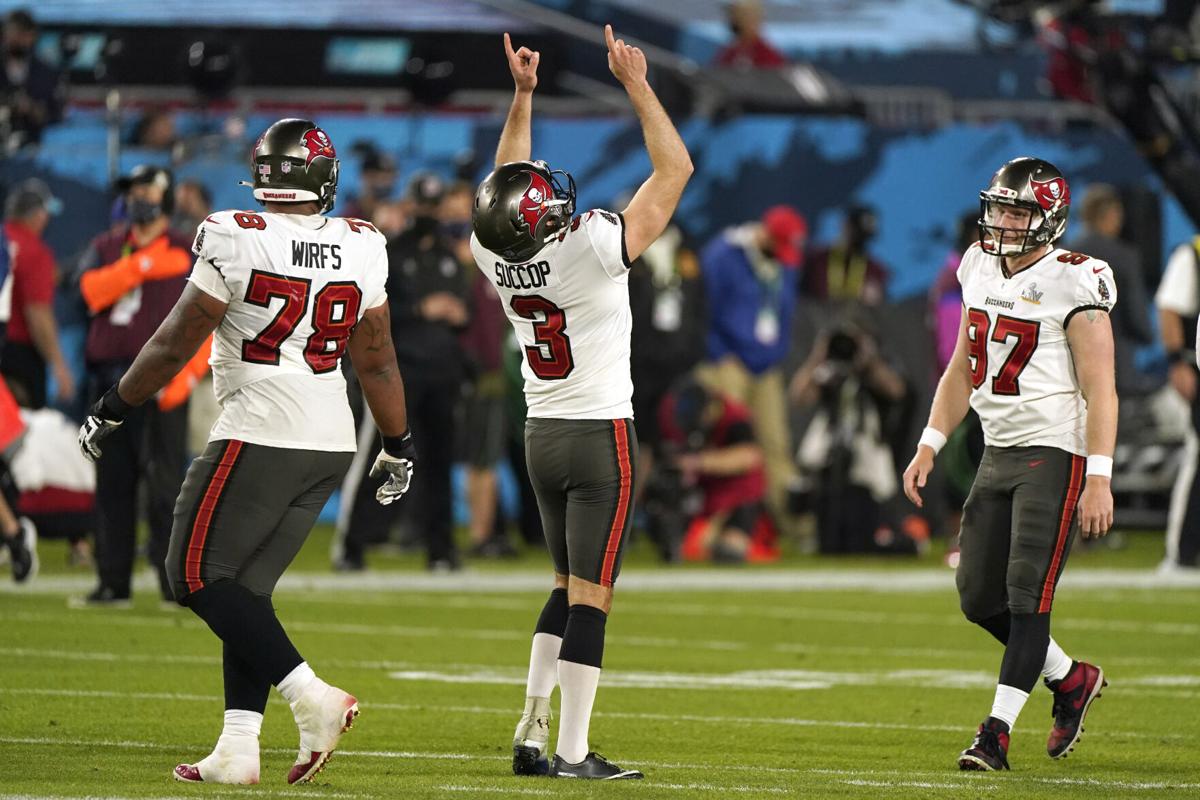 Tampa Bay Buccaneers kicker Ryan Succop (3) celebrates after kicking a 52-yard field goal during the second half of the NFL Super Bowl 55 football game against the Kansas City Chiefs, Sunday, Feb. 7, 2021, in Tampa, Fla. The Buccaneers' Tristan Wirfs (78) and Zach Triner (97) look on. 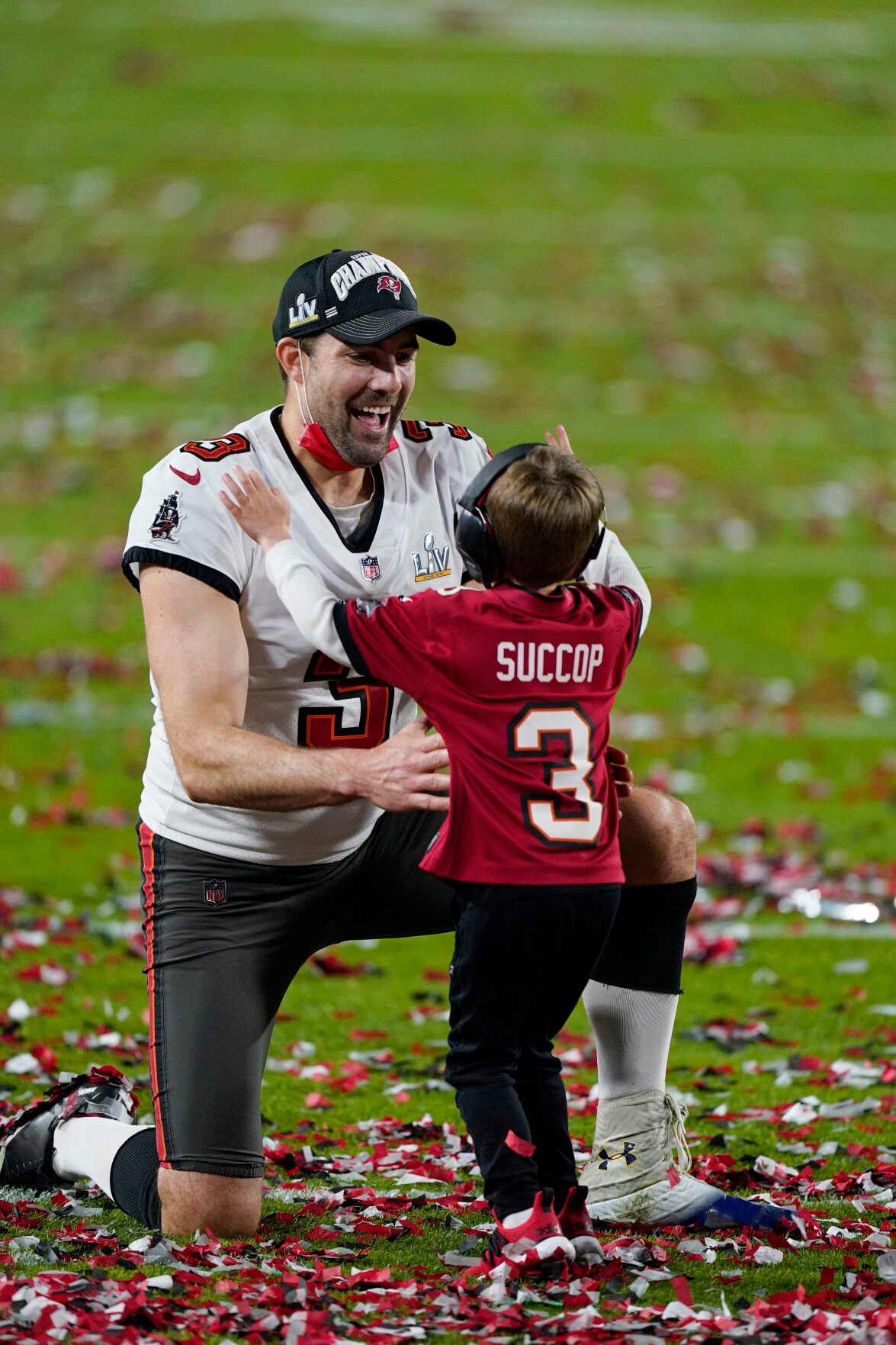 Read more about the Super Bowl outcome and Tom Brady's historic victory on pages B1 and B3.

The Tampa Bay Buccaneers kicker made every kick he attempted and finished the day as a Super Bowl champion.

Succop kicked a 52-yard field goal and made four extra points to finish the game with seven of the 31 points scored by the Buccaneers in the victory over the defending Super Bowl champion Kansas City Chiefs.

He was 100 percent accurate in field goal attempts throughout the 2020 playoffs, which ended with Succop relishing the win on the field and embracing Super Bowl MVP Tom Brady after the game.

Succop's path to the Super Bowl began at Hickory High School, where he once kicked a 53-yard field goal in a game against South Caldwell.

The Kansas City Chiefs drafted Succop in 2009 out of the University of South Carolina, and he made 81 percent of his kicks and every extra point in five seasons in Kansas City. His accuracy fell in 2013 to 78.6 percent, and the Chiefs released him at the end of the 2014 preseason.

Succop joined his second team, the Tennessee Titans, that same year. He made a franchise-best 86.6 percent of field goals in five seasons. He also set an NFL record making 56 straight field goals inside 50 yards between 2014 and 2017.

In 2019, he spent most of the season on injured reserve. He was released by the Titans in March 2020 and he was signed by Tampa Bay on Sept. 1.

During the regular season, Succop made 28 of 31 of his field goal attempts for the Bucs and 52 of 57 extra points.

In celebration of Succop’s success, the Hickory Crawdads ran a special on Crawdads merchandise on Monday. Succop's 52-yard field goal in the game meant Crawdads items were 52 percent off.

“It’s kept us quite busy today,” Ashley Salinas, director of marketing, communications and merchandise for the Hickory Crawdads, said.

The Associated Press and ESPN contributed to this article.

Tampa Bay Buccaneers kicker Ryan Succop (3) celebrates after kicking a 52-yard field goal during the second half of the NFL Super Bowl 55 football game against the Kansas City Chiefs, Sunday, Feb. 7, 2021, in Tampa, Fla. The Buccaneers' Tristan Wirfs (78) and Zach Triner (97) look on.