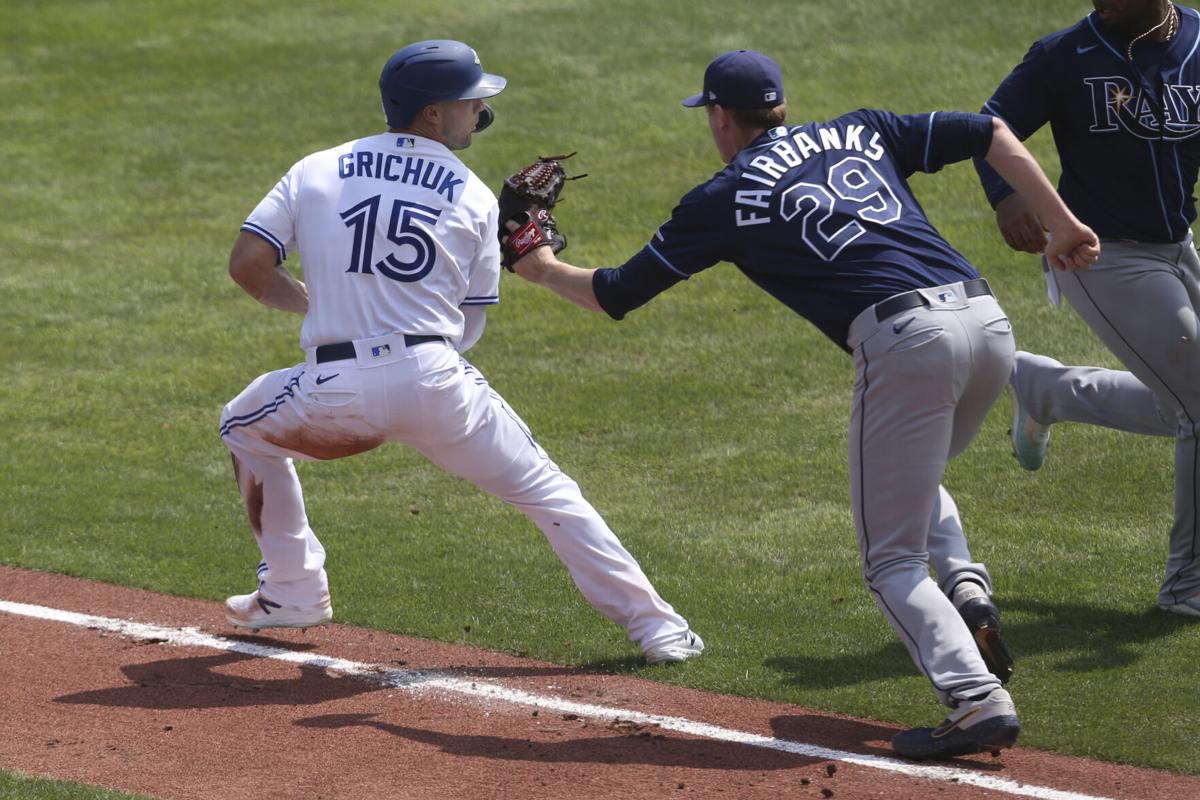 In this file photo, Toronto Blue Jays' Randal Grichuk, left, is chased down by Tampa Bay Rays' Pete Fairbanks for an out during the sixth inning in the continuation of a suspended baseball game on Aug. 16, 2020. 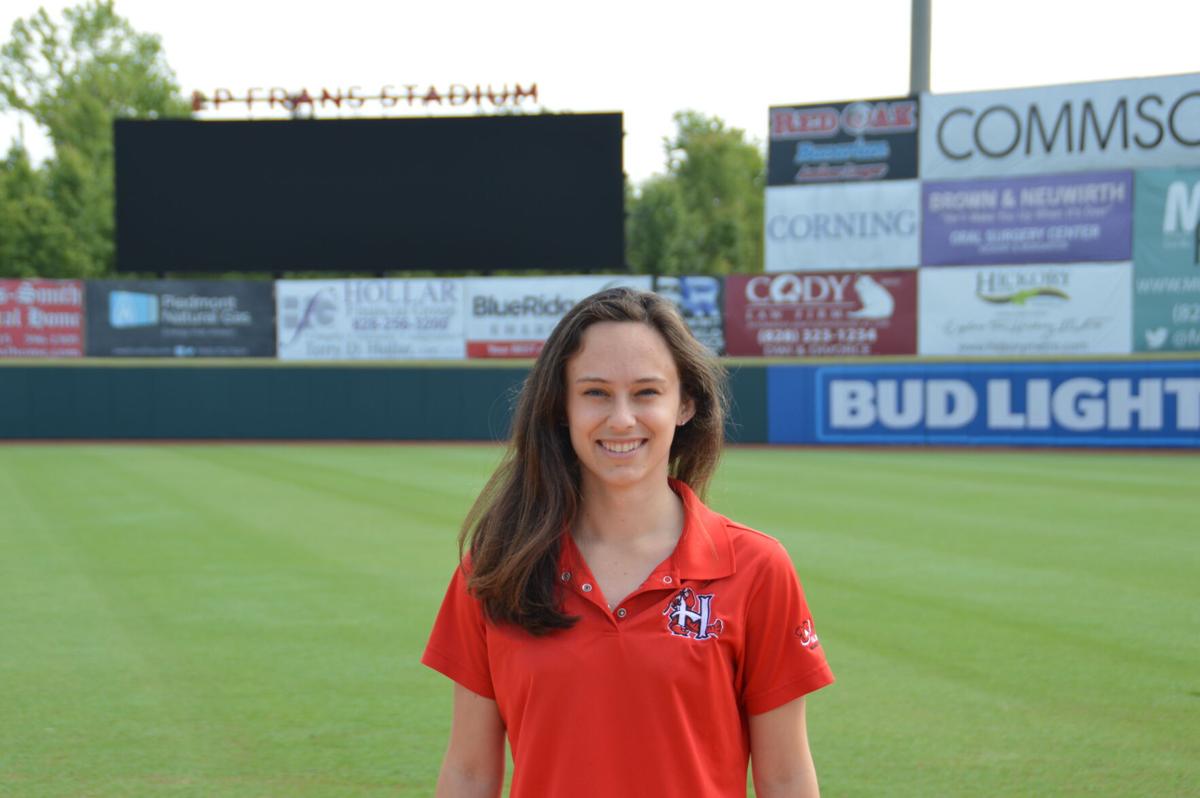 By Ashley Salinas Special to the Record

We’re in the midst of what can be described as one of the most unique World Series ever played. After a shortened 60-game season, the top-seeded teams in each league are playing for the title. But for the first time in history, the World Series is taking place at a neutral site in Arlington, Texas, at the brand-new home of the Texas Rangers. As the ‘Dads are owned by the Texas Rangers, our staff members are all Rangers employees and got the opportunity to purchase employee tickets to the games, which were open to fans on a limited capacity.

The decision to go was a no-brainer for most of our staff as we put together various groups of four to the games and booked our flights out to Dallas. I personally got to go to Games 2 and 3 with a group of seven other current and former Crawdads staff members. The experience was unforgettable. No fans were allowed at any regular season game this year or the first two rounds of the playoffs, but fans were first permitted to attend the NLCS in Texas and now the World Series. They restricted capacity to 11,500, which is 25% of what the park can hold and all seats were sold in pods of four.

I was initially a little apprehensive about how people could be safe during a major event like this but we were well distanced from the surrounding pods and the limited crowds kept lines minimal. Ushers came by every few minutes and ensured everyone was wearing their masks when not eating and that no groups were accumulating.

In Game 2, our staff got to see a familiar face emerge from the Tampa bullpen in Peter Fairbanks, who pitched for the ‘Dads in 2016. Fairbanks is the only former Crawdad still in the playoffs but he recorded five outs in Game 2 and pitched a frame on Saturday in Game 4. Fairbanks also closed out Game 7 of the American League Championship Series for the Rays, recording a save as his team clinched a ticket to the World Series.

As in a traditional World Series, they switched the “home” team between games 2 and 3. While the ballpark didn’t change, the production team in Arlington stepped up to change the feel between a classic Dodger home game in Los Angeles and a Tampa Bay Rays game. This included going through the visiting team’s starting lineup with no fanfare then playing an introduction video and the lineups for the home team that had the look and animations that matched what the home team would do in their own ballpark and on social media. During the game, the video board played highlights between every half inning for the home team and got their contingent of fans pumped up with cheers and music in big moments during the game.

The ballpark was electric even with the smaller crowd and was absolutely beautiful. The views, murals painted around the park, videoboard displays, and the field itself were all breathtaking. I know the place will truly be rocking when the Texas Rangers get to take the field for the first time to a full stadium.

This was an opportunity that I could have never dreamed of and one that I’m sure our staff will never forget. We hope to see you out at the Frans this Friday for our Halloween Family Movie Night which will be showing Casper on the videoboard!

Ashley Salinas is the director of marketing, communications, and merchandise for the Hickory Crawdads minor league baseball team.

In this file photo, Toronto Blue Jays' Randal Grichuk, left, is chased down by Tampa Bay Rays' Pete Fairbanks for an out during the sixth inning in the continuation of a suspended baseball game on Aug. 16, 2020.