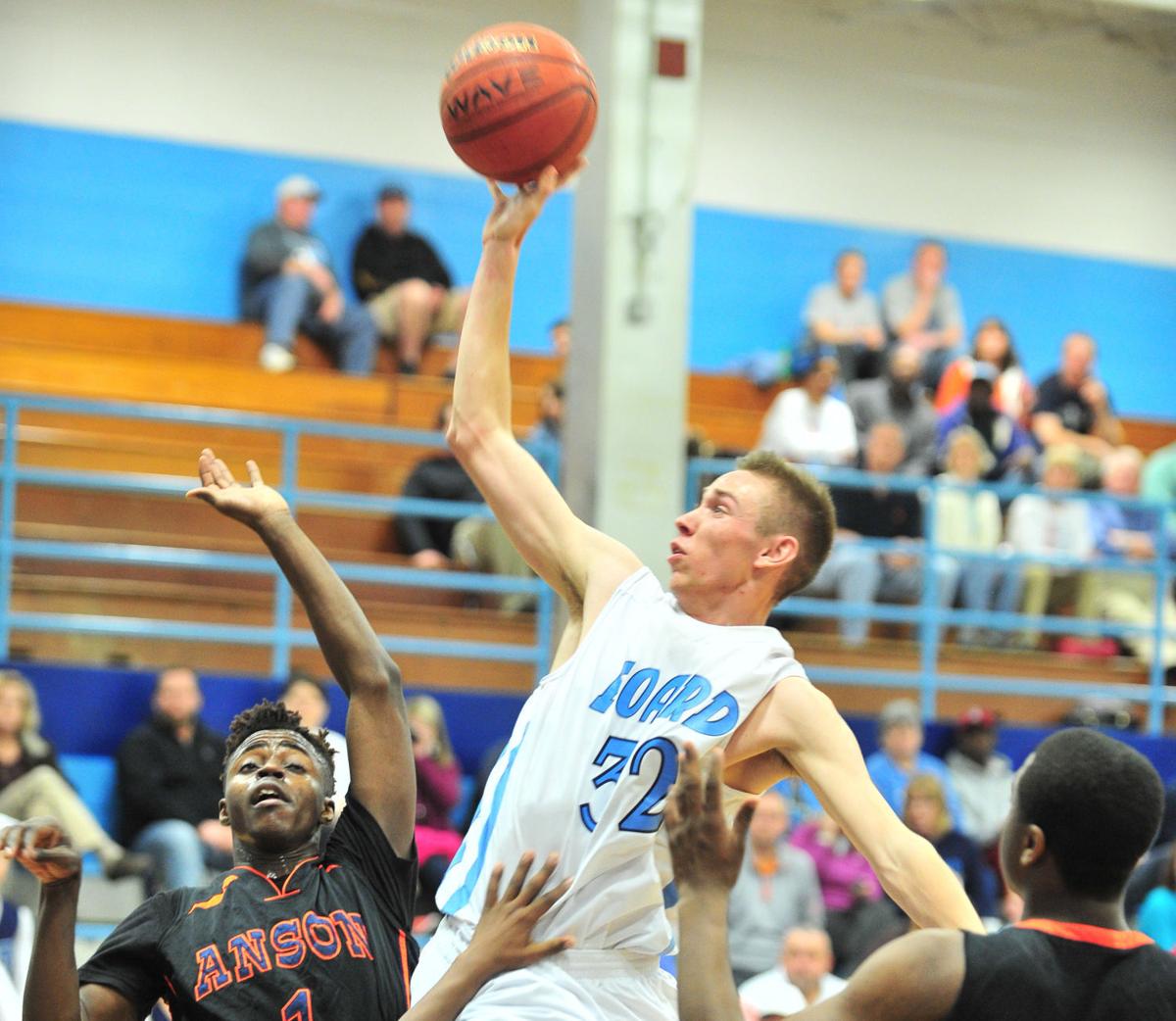 Fred T. Foard's Nolan Whitener (32) glides to the basket in this file photo from 2015. A former hoops star for the Tigers, Whitener was announced on Friday as Foard's new head varsity boys basketball coach.

NEWTON — When it came time to select a new head coach for its varsity boys basketball team, Fred T. Foard ultimately decided to hire from within. The Tigers announced on Friday that 2015 Foard graduate Nolan Whitener, an assistant coach last season, will be their next head coach beginning with the 2020-21 season.

“I feel honored to be able to come back and coach at my own home school and just be able to come back home,” said Whitener, who is also an online facilitator at Foard. “It was enjoyable this first year and I know I have big shoes to fill from previous coaches, and I’m gonna do my best to fill those roles.”

The leading scorer (17 points per game) and rebounder (6.5 rebounds per game) for the Tigers as a senior, Whitener went on to play at Catawba Valley Community College for two years before finishing his collegiate career at Pfeiffer University. The Vale native returned to Foard this past year as an assistant on the staff of Andy Hodges, who coached him during his final season at the high school level.

Hodges stepped down in May, clearing the way for Whitener to assume the head coaching position. The Tigers were 53-98 in Hodges’ six seasons at the helm, reaching the state playoffs on two occasions but finishing with a losing record each of the past five years.

During the most recent season, Foard finished 6-19 overall and 2-12 in the Northwestern Foothills 2A Conference. The Tigers lost seven of their final eight games and were 2-13 during the months of January and February.

Whitener hopes to turn Foard back into a winner, but he also wants to see his players succeed in the classroom. Helping his student-athletes reach the next level in their academic careers is highly important to him.

“I’m just hoping to be able to help all my players either go to college for school or for sports, or help them enter the workforce,” said Whitener. “Just being able to advance them not only in sports, but also being able to coach them forward in academics as well.”

Foard athletic director Samy Sheritah is eager to see what Whitener can accomplish as a head coach.

“We’re just excited for Nolan,” said Sheritah. “We know he’s gonna have a commitment and a dedication to Foard basketball. Nolan’s a high-character guy, and is gonna be a great role model for the student-athletes as well.

“With Nolan being a Foard guy,” he continued, “we know he’s gonna be committed and put the time and work in to do everything he can to make the program successful.”

The last time the Tigers posted a winning record was in Whitener’s senior season, and they still use a similar style of play as they did while going 16-8 that year. He plans to use the same system during the upcoming season.

“I think it’s big (to have a familiar face taking over) because they’re not having to re-learn a different system or a new system,” said Whitener. “And a lot that we’ve done in the past I actually ran while I was in college playing or in high school, so it’s staying with the same system and they won’t have a lot to re-learn in the coming years.

“I feel blessed to be able to come back home to coach again,” he added.

St. Stephens High School will have plenty of fresh faces in its athletic program after announcing additions Tuesday morning to its coaching st…

SPARTANBURG, S.C. — Shrine Bowl Board of Governors President Buddy Brown called a special executive meeting of the board on Thursday for an up…

Fred T. Foard's Nolan Whitener (32) glides to the basket in this file photo from 2015. A former hoops star for the Tigers, Whitener was announced on Friday as Foard's new head varsity boys basketball coach.