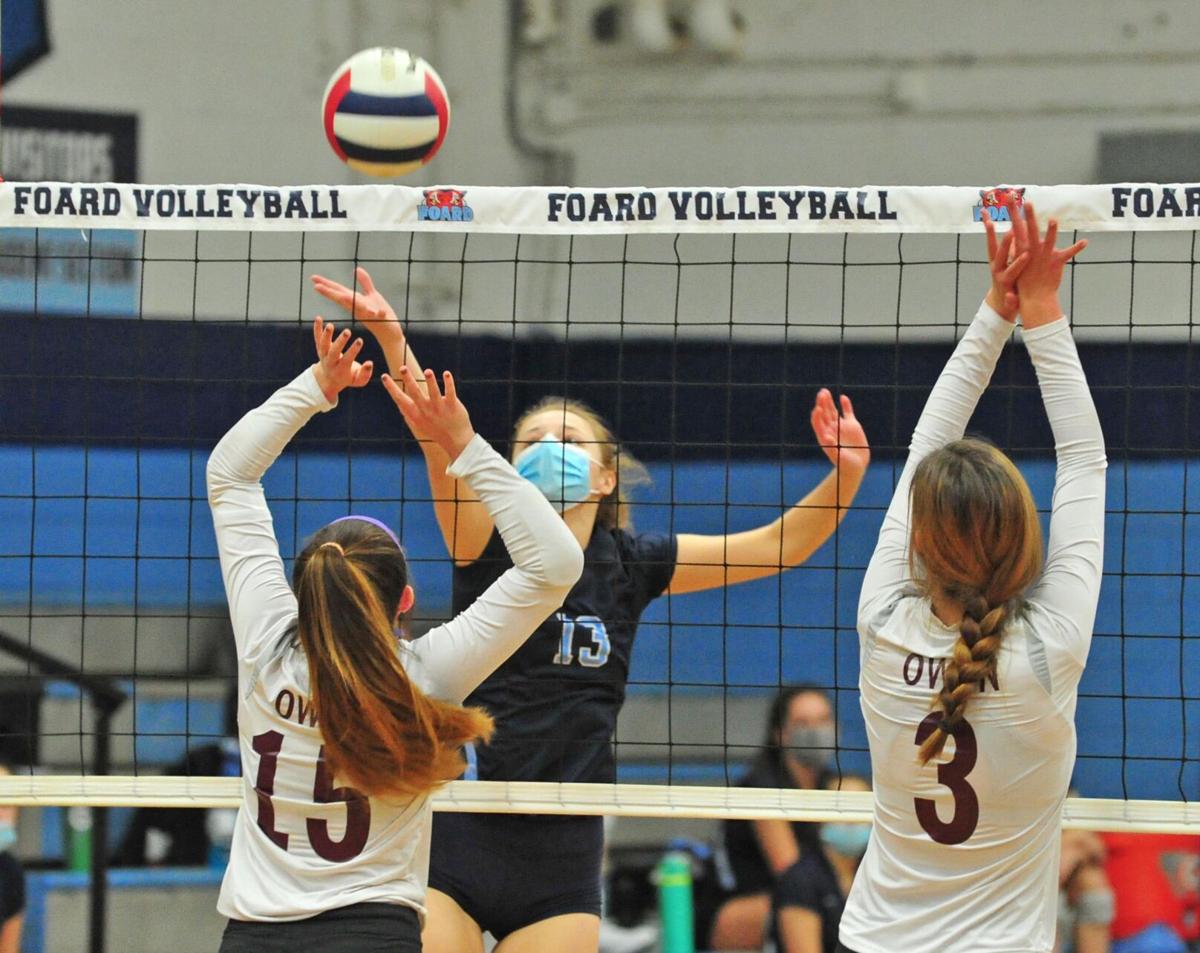 Fred T. Foard's Katrina Cloer (13) gets a tip at the net against Owen's Laila Burk (3) and Maesyn Gardner (15) Tuesday in Newton. 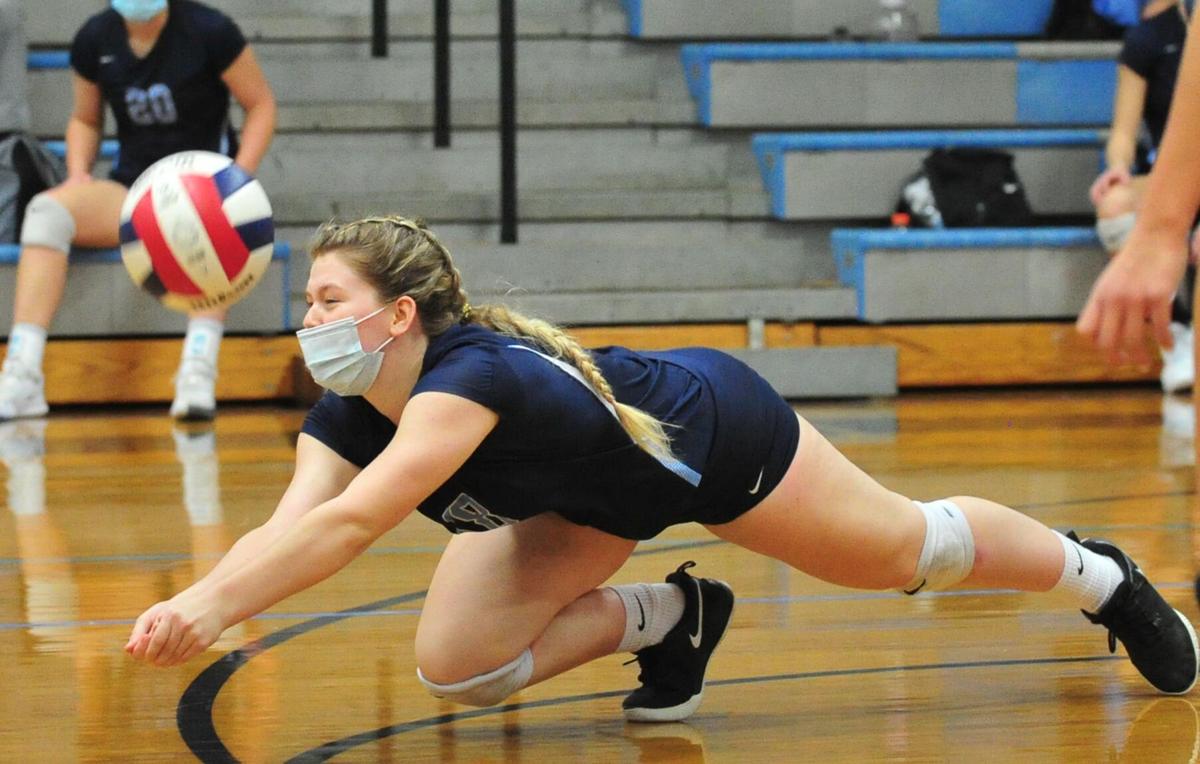 NEWTON — Fred T. Foard’s volleyball team began defense of its 2A state title with a quick sweep of Owen in the first round of the North Carolina High School Athletic Association playoffs. The eighth-seeded Tigers carried the three sets 25-5, 25-13, 25-12 Tuesday night at Jerry Copas Gym, with the ninth-seeded Warhorses leading just once in the match. The win increased the Tigers' win streak to 26 in a row — all by sweeps — dating back to October 2019.

Foard (15-0) advances to the second round on Thursday when the Tigers will travel to No. 1 seed R-S Central. The Hilltoppers (13-0) defeated 16th-seeded Mt. Pleasant 3-1 (25-20, 16-25, 25-16, 25-17) on Tuesday. Outside of last season’s neutral-site state championship match, it will be the first playoff road match for the Tigers since a loss to West Iredell in the 2A state quarterfinals in 2017. Thursday’s tilt will also be a rematch of last year’s “Sweet Sixteen” playoff match, which Foard won in a sweep at home.

The Tigers did little wrong in the first set as they overwhelmed the Warhorses. Of the five points allowed by Foard, three were by its own errors. Eight different players scored at least one point for the Tigers with Michelle Thao (14 kills, seven digs) leading the way.

“We came out very strong,” said Tigers head coach Meredith Lombardi. “I think it was the whole vibe of the playoffs and everybody was excited about the playoffs and what it took to get to this point.”

Set two presented more of the same as a pair of blocks by Martina Foster (five kills, five blocks) and two kills each from Megan Dorsey (10 kills, 13 digs, two aces, two blocks) and Jamianne Foster helped build a 10-3 lead. Owen (6-6) stayed in the set, led by a kill and an ace from Maesyn Gardner that brought the Warhorses within 13-9. However, Owen had three hitting errors and Foard countered with kills from Laney Craig, Dorsey and a tap from setter Sarah Lingle (15 assists) for a 6-0 run that put the set out of reach.

Set three was a sloppy affair for both sides as the teams combined for 16 miscues, eight for each side. A four-hit rally gave Owen its only lead at 1-0 before Martina Forster put in a tap and a block. Back-to-back kills from Dorsey made it 4-1 and the Warhorses did not draw closer the rest of the way. Dorsey pounded in five kills for the set with Thao drilling four more.

Lombardi expressed with her team some concerns about staying focused, especially as the playoffs get deeper with more skilled teams.

“That was one of the things I talked with them about in the huddle a few minutes ago,” Lombardi said. “We were very rollercoaster — up and down, up and down. At this point where we are, we’ve got to take it to the teams every game, because the target on our back is large. We can’t just come into gyms and just show up. We’ve got to play our game, because from the top of our lineup to the bottom, we’re a pretty strong group.”

Libero Lyndsie Warren had 10 digs for the Tigers and Haley Johnston led with 17 assists.

Fred T. Foard's Katrina Cloer (13) gets a tip at the net against Owen's Laila Burk (3) and Maesyn Gardner (15) Tuesday in Newton.