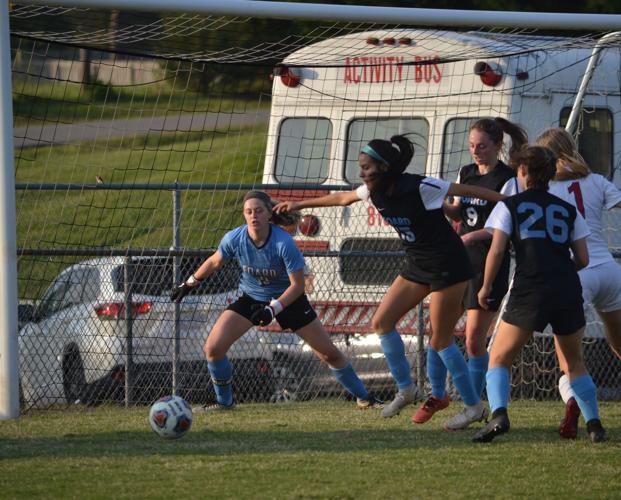 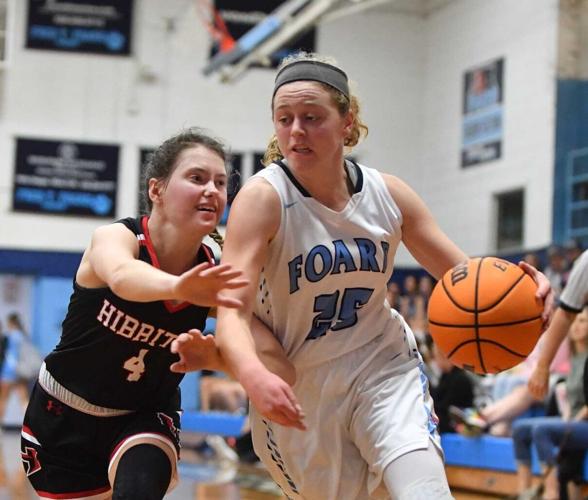 Alexis Wolgemuth is a do-it-all type of athlete. Over the past four years as a student at Fred T. Foard High, she starred in every one of her roles.

On the tennis court, Wolgemuth won 2A state doubles titles in 2018 and 2019 with two different partners, adding state singles championships during her junior (2A) and senior (3A) seasons.

In basketball, Wolgemuth was Catawba County’s top freshman during the 2018-19 season, and she also landed on the Hickory Daily Record‘s All-Catawba County First Team all four years.

On the soccer field, Wolgemuth was one of the best goalkeepers in the state, capping her high school career with a 2022 all-state selection and an MVP performance during the North Carolina Coaches Association’s annual East-West All-Star game earlier this month.

Wolgemuth loves all three sports, and although she’ll continue her soccer career at the collegiate level for the Thundering Herd of Marshall University, she has a hard time pinpointing one sport as her favorite.

“I loved them all throughout high school and throughout my whole careers in those sports there was a time where I thought each different sport would be the one I was playing in college,” said Wolgemuth. “I decided on soccer, but I would always look forward to each next season in high school. I loved them all the same, I’ve gotten that question a lot throughout the years and I can’t pick, I love playing them all.”

According to the 18-year-old, soccer was the first sport she played competitively. Wolgemuth started playing soccer when she was 3 1/2 years old because “I had so much energy around my house, my parents were like, ‘Well, we’ve got to do something with her.’”

When she was 5, Wolgemuth played on her first recreational basketball team. She also started taking tennis lessons around that time, with all three sports remaining a major part of her life throughout the ensuing decade and a half.

As a middle schooler, given her success in the United States Tennis Association, Wolgemuth thought tennis would be her future. But she “kind of got to a crossroads where if I wanted to keep pursuing that I would have had to dedicate a ton more time, maybe potentially become homeschooled.” Therefore, she chose to focus more on soccer and basketball in high school and play tennis for fun.

She certainly had fun playing tennis, capturing state titles all four years. Wolgemuth rarely dropped a set as Foard’s top singles player, and she also excelled as part of the Tigers’ No. 1 doubles team.

“For those couple of months each year when it was tennis season, I would dedicate hours and hours to it,” said Wolgemuth. “I’d have a two-hour hitting session with somebody and then go hit with someone else afterward. I spent a lot of time on it, so I was very blessed to have success and I was proud I was able to work hard and accomplish goals that I set my mind to.”

Also contributing to Wolgemuth’s success was the presence of her mother, Jennifer Howard Wolgemuth, a former basketball star at Foard who scored over 2,000 points and won a 3A state title before playing college ball at North Carolina State. In fact, she served as an assistant coach for the Tigers’ girls hoops squad over the past couple of seasons.

“It was pretty neat,” said Wolgemuth of having her mother on the sidelines. “I think one of the most fun aspects of it was that in practices she would jump in and play. We have different styles, she’s more of a straight-up shooter and I’m more of a slasher, score however I can player. But just getting the opportunity to kind of compete against her and also get more tips from her overall and kind of learn more of her style on how she played the game, it was fun. I enjoyed it a lot.

“She definitely helped kind of push me, especially when I was younger,” added Wolgemuth. “... If I didn’t want to play sports my parents wouldn’t have forced me to, but because I expressed that interest I think having a former college athlete as my mom really helped kind of push me in the right direction. And especially in like the recruiting process, although it was for her basketball and for me it was soccer, she had a general knowledge and was able to give me advice and tips.”

Speaking of Wolgemuth’s mother, a joke she made also led to her daughter trying another sport as a junior.

“I grew up watching football, my dad watches tons of football, he’s an Eagles fan,” said Wolgemuth, who played the sport in the yard and at recess in elementary school. “So I always kind of liked the sport, and our school has powderpuff competition where the different classes play against each other and I wanted to try to play in that, but my parents were worried about injuries or whatever. My mom kind of said jokingly, ‘I’d rather you be the kicker for the football team than play for powderpuff.’”

That was all Wolgemuth needed to hear, as she mentioned what her mother had said to Foard’s then-football coach, Ryan Gettys, during a conversation soon thereafter. Gettys had previously served as Wolgemuth’s tennis coach, and he encouraged her to give it a try.

“So I came out one day, kicked some, I guess did well enough, and the opportunity happened,” said Wolgemuth, who also kicked for the Tigers as a senior. “I really enjoyed the experience. It was unique, and I was glad I got to do it.”

Participating in football for two seasons and soccer, basketball and tennis for four years at the high school level — in addition to several years prior — was “beneficial,” according to Wolgemuth.

“One thing is I never got burnt out on something,” said Wolgemuth. “I was always switching between seasons. I had a lot of cross-training which I think helped prevent injuries, and all the sports work really well together.

“You look at where I chose like a soccer goalkeeper, I have the catching from basketball, I have the footwork and moving from tennis,” she added. “Everything worked really well together, and I think I’m the athlete I am in soccer because I played the other sports I did throughout my whole life.”

That cross-training should serve Wolgemuth well at the next level, where she plans to double major in criminal justice and political science. Accomplished in the classroom as well, her academics have “been up there with sports in terms of priority.”

“They talk about student-athlete, I really tried to prioritize my academics as well,” said Wolgemuth. “I’m one of those perfectionists that I always try to get the best grade or whatever it may be, but I would say I definitely dedicated tons of time just trying to be the best academically I can as well as athletically.”

Soon, Wolgemuth will find herself in a college classroom, and she’ll also take the pitch for Marshall. The Thundering Herd will host an exhibition match against Eastern Kentucky on Aug. 9 before traveling to Bellarmine for another exhibition contest on Aug. 14 and then beginning the regular season with a home match against High Point on Aug. 18.

Wolgemuth feels that her biggest strength “is probably my athleticism at the goalkeeper position,” which allows her to quickly exit the box to clear the ball while also making spectacular saves between the pipes. Nevertheless, she’s trying to develop a better mid-range pass.

During the recruiting process, Wolgemuth was impressed by the majors Marshall had available as well as the facilities the school possesses. The Thundering Herd’s men’s team won the national championship a couple of years ago, and the women share a lot of facilities with the men.

“I just thought overall Marshall had the best fit in everything — school, soccer, coach, everything together,” said Wolgemuth, who also took some time to reflect on how she’d like her time at Foard to be remembered.

“In these days, multi-sport athletes that truly dedicate almost equal time to their sports is almost unheard of,” she continued. “You hear of people specializing and quitting their other sports by the time they get to high school, so I guess I’d like to be remembered as the athlete that didn’t do that, that continued to play the sports and kind of showed it can be done.”

Wolgemuth also thanked her family, the community and her coaches and teammates for their support, stating that “I don’t think I could have done it without them.”

NEWTON — Newton-Conover High School will kick off the 2022 fall sports season with a free event on Friday at Gurley Stadium. Also scheduled fo…

Alicia Abernathy is returning home to Hickory High to coach the varsity girls basketball team. Only this time, instead of serving as an assist…

CATAWBA — Bandys High School is taking donations this week to benefit those affected by the flood in Eastern Kentucky. Donations are being acc…

CLAREMONT — David Childers has history in the Bunker Hill community. For the past decade he has been an assistant baseball coach at Bunker Hil…