Moderna asking US, European regulators for emergency use of COVID-19 vaccine

Foard captures another 3-set victory, this time against Bunker Hill
0 comments
Share this
{{featured_button_text}}
1 of 2 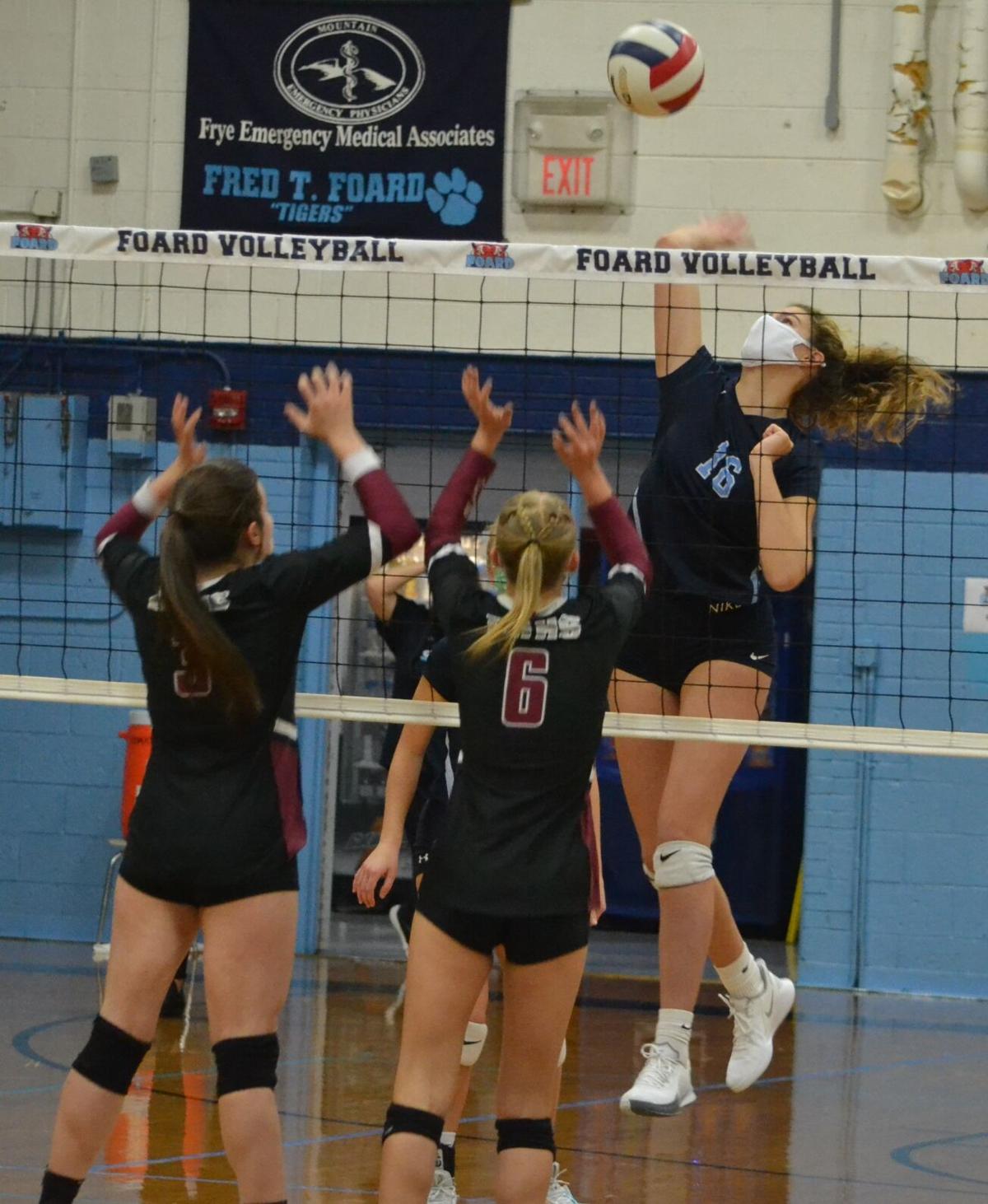 On Thursday night, Foard earned its second straight-set victory in as many matches this season, sweeping Catawba County rival Bunker Hill 25-15, 25-7, 25-9 in a contest that took place at the Tigers’ Jerry Copas Gym. It was Foard’s 13th consecutive win dating back to last season, a stretch that has seen the Tigers emerge victorious in 39 successive sets.

“It feels so good getting back to compete against another team rather than just my girls at practice,” Foard coach Meredith Lombardi said of this week's return to play. “... I know the girls are ready to play, it’s just weird being in November and normally everything’s over in November, but we’re very grateful that we’re still going and that’s just kind of been our motto honestly the whole season.

“So we’re just holding onto the good times at matches and treating every day like — hopefully not our last — but 'Hey, we get to play,' that’s been our mentality right now.”

The Tigers (2-0, 2-0 Northwestern Foothills 2A Conference) never trailed in the contest, which began with a 7-0 run by the hosts. Recent Tusculum University signee Jamianne Foster started the night with a kill, while her junior sister Martina Foster and fellow senior Michelle Thao also recorded kills during the match-opening spurt.

The Bears (1-1, 1-1) were able to claw their way back, getting as close as four points on two occasions — at 13-9 and 17-13 — before Foard closed the set with an 8-2 run. Haley Johnston scored on an ace and a push for the Tigers, while Thao also had an ace to go with kills from Jamianne Foster and Averie Dale, the latter of whom really impressed her coach in just her third varsity appearance.

“She’s just one of those players that you really depend on,” said Lombardi of Dale, a 6-foot-1 sophomore who finished with 11 kills and was a force in the middle. “You just give it to her and she knows what to do with the ball, and that’s just really eye-opening and I’m very fortunate to have that as a sophomore. I get to coach her for two-and-a-half more years, give or take, and she’s really stepped into that position as a leader and she works hard up there at the net.”

Foard again jumped out to a sizable lead to begin the second set, building a 13-2 advantage behind multiple kills from Jamianne Foster and Megan Dorsey and one from Thao. Trinity Tramel added an ace to help pad the Tigers’ lead, with Alaney Sigmon scoring one of Bunker Hill’s two points on a kill of her own.

The Bears answered Foard's strong second-set start with three straight points to cut into the deficit a bit, but the Tigers used another run — this a 12-2 one — to capture an 18-point set victory and a 2-0 lead in the match.

“I do think there’s some improvement here and there,” said Lombardi. "We moved up some sophomores here and there that have key roles. I think just learning to be able to play with one another, the trust factor, we’re still adjusting there.

“We’ve got to play together as a team, and we’ll get there. It’s all a learning game, all a part of the process, but we’re doing some good things and I’m very impressed with them.”

Thao notched another kill to get Foard going in the third set, and the Tigers were again able to extend their lead to double digits. Caley Powell had a couple of points for Bunker Hill on the other side, but a flurry of kills from Thao — who led all players with 12 on the night — allowed Foard to hold the Bears below 10 points for the second straight set.

“(Serving’s) one of the things we focus on, serving and serve receive, because serving is just one of those skills that you have to be good at,” said Lombardi of her squad, which totaled 14 aces including five from Thao and three from Johnston. “It’s a point if you don’t get it over or you miss, and they’ve been aggressive, we’ve really worked on spot serving. ... They did a good job of going to their spots and being aggressive with their serves there.”

Jamianne Foster added eight kills for Foard, which also received 12 digs from Thao and 11 from Tramel. Johnston and Sarah Lingle chipped in 17 and 13 assists, respectively.

Foard is at Hibriten on Monday before hosting West Caldwell on Tuesday.

Bunker Hill plays host to Draughn on Monday and East Burke on Tuesday.

Ryheem Craig wasn’t going to let anyone stop him from becoming a Division I football player. And no offensive line can seem to stop Alexander …

Entering 2020, no volleyball player for the University Christian High School Barracudas had ever been named to the North Carolina Independent …

CATAWBA — Following a three-set loss to Maiden in its season opener, the Bandys volleyball team swept Newton-Conover in a hard-fought match fo…

Hickory High’s volleyball team dominated from the start and overwhelmed crosstown rival St. Stephens in a 3-0 road sweep during a Northwestern…

The Fred T. Foard volleyball team kept its early-season success going with a road win over Hibriten on Monday in Lenoir. After winning 25-3 in…

The Bandys cross country team faced off against fellow South Fork 2A Conference squads Newton-Conover, East Lincoln and Lincolnton during the …

The Fred T. Foard volleyball team dominated West Caldwell on Tuesday at home for its 15th victory in a row dating back to last season, winning…