The Dodgers — first in Brooklyn and then in Los Angeles — have been in the National League for 133 seasons. Vin Scully was the voice of the team for 67 of those seasons until his retirement in 2016 at the age of 88.

On Tuesday, Scully passed away at the age of 94. The man with the golden voice went silent.

For fans of baseball across several generations, Scully was the voice of the game. He was the national voice of baseball on NBC’s Saturday game of the week in the 1980s with his final game coming in the 1989 NL Championship Series. He was also known as a broadcaster of golf, as well as the NFL. His signature call came in the 1982 NFC championship game between the Dallas Cowboys and the San Francisco 49ers in a game known as “The Catch.” It was the last football telecast of Scully’s career.

It has been said that the best baseball duo in the history of the game was Vin Scully and the guy assigned to get his water.

As he began his career, Scully was under the tutelage of Brooklyn Dodgers radio voice Red Barber, who taught him one of the most important tasks of a broadcaster — give the score. Scully would keep a small hourglass at his table to remind himself to mention the score of the game.

However, what made Scully so beloved by baseball fans is the ability to craft a narrative. Oh yes, the game at hand was what people tuned into, and he was married to describe the scene at hand. But it was the way Scully could draw the listener into what was happening that set him apart.

A classic Scully call came in 1965 in the ninth inning of a perfect game by Sandy Koufax. Within that time, the constant counting of the time of day, 9:41 p.m., 9:42, 9:43, up until 9:46. He painted the picture of a nervous Koufax wiping a brow or throwing instead of pitching, as a fastball got away.

Along with the tension of the scene, these were some of the lines: “29,000 people in the ballpark and a million butterflies,” “A lot of the people in the ballpark are starting to see the pitches with their heart,” “I would think that the mound at Dodger Stadium is the loneliest place in the world,” and “Two and two to Harvey Kuenn, here’s the pitch, one strike away, swung on and missed, a perfect game!” Then silence for about 40 seconds so the crowd can be heard.

Another classic call from Scully came in Game 1 of the 1988 World Series. Scully sets the scene of a missing Kirk Gibson, who then shows up as the possible final out of the game, but then hits the classic walk-off homer to win the game. But after Scully says the words, “She is GONE!” 70 seconds elapse before he speaks again.

Scully, the master storyteller, knew when to let the crowd tell the story.

Other classic calls include the Bill Buckner play in the 1986 World Series, Don Larsen’s perfect game in the 1956 World Series, Hank Aaron’s 715th home run in 1974 and Scully’s description of Roy Campanella being wheeled on the field at the LA Coliseum to the glow of 93,000 lights among the darkness. Space in this column will not allow all of the classic calls to be listed.

As a person who lived in Southern California during the ’80s and part of the ’90s, listening to Scully dozens of times each season was a treat. Not only could he tell the story of the game, but the stories of the participants were also important as well. The stories of baseball — not the analytic numbers — give the game life, and Scully was a master yarn spinner.

In hearing of the Scully’s passing Tuesday night, I went online to find clips of his. There’s the story of Madison Bumgarner and his wife and a snake. There’s the story of him racing Jackie Robinson on ice skates — a story he would tell yearly. There’s a clip of Dodgers outfielder Andre Ethier destroying a bat in the dugout and Scully simply saying, “Get it all out, son.”

Like many, I have my own favorite moments of Scully, but these describe him as the type of person he was.

Scully could be self-deprecating. I’m listening to a Dodgers road game while driving in the rain. Scully was giving the out-of-town scores and mentioning the California Angels were in a rain delay in the game in Anaheim. He then said, “You know, I can picture some guy driving in the rain stuck in freeway traffic hearing some guy on the radio saying it’s raining and saying, ‘Thanks Scully.’”

The other memory I have was a telecast of a Dodgers game in Montreal. It was the evening that former Dodgers pitcher and then-broadcast partner Don Drysdale was found dead of a heart attack in a hotel room. While the family was being notified, Scully went about the business of the game as usual without a hint of anything happening. Then, in the eighth inning, Scully made the announcement of Drysdale’s passing with all of the class one would expect of a gentleman and a professional, yet with the genuine heartfelt loss of a friend and colleague.

A professional is what Scully was. Hearing that golden voice craft a story and command the language has to be what it must have been like to watch Rembrandt paint. It’s a cliché, but you really could listen to Scully read the phonebook.

Baseball is best when its stories are being told. For me, no one did it better than the redhead from the Bronx. The soundtrack of the game, in so many ways, was composed by Scully.

NEWTON — Newton-Conover High School will kick off the 2022 fall sports season with a free event on Friday at Gurley Stadium. Also scheduled fo…

Alicia Abernathy is returning home to Hickory High to coach the varsity girls basketball team. Only this time, instead of serving as an assist…

The NFL has suspended QB Deshaun Watson for six games following accusations of sexual misconduct made against him by two dozen women, sources say.

The players’ union has until the end of business Friday to respond in writing.

Coming off the best season in the 94-year history of the program, Lenoir-Rhyne baseball has announced Micah Baumfeld as the program's new pitc…

CATAWBA — Bandys High School is taking donations this week to benefit those affected by the flood in Eastern Kentucky. Donations are being acc…

Red Hawks’ Thomas gives back to his heritage through basketball camp

Growing up on a small island in the Caribbean, Shad Thomas always had dreams of basketball success and accomplishment.

Alexis Wolgemuth is a do-it-all type of athlete. Over the past four years as a student at Fred T. Foard High, she starred in every one of her roles.

In this Sept. 19, 2016 photo, Los Angeles Dodgers Hall of Fame announcer Vin Scully puts his headset on prior to a baseball game between the Dodgers and the San Francisco Giants in Los Angeles. Scully, whose dulcet tones provided the soundtrack of summer while entertaining and informing Dodgers fans in Brooklyn and Los Angeles for 67 years, died Tuesday night at age 94. 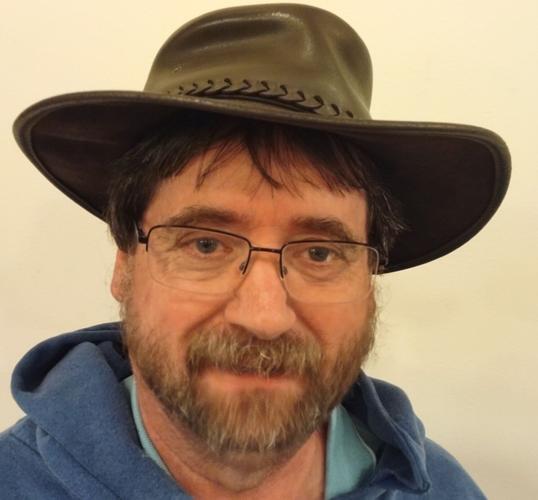