A senior from Fountain Inn, South Carolina, Houston finished with a career-high 11 tackles in the Bears’ 38-31 home win over Tusculum on Saturday. Eight of Houston’s tackles were solo stops, and he also had a sack for a loss of 12 yards to go along with 1.5 tackles for loss.

Fellow senior Allbaugh, a native of Tallahassee, Florida, set a new NCAA Division II record for consecutive extra points made in L-R’s victory over the Pioneers. He converted all five of his extra-point attempts to give him 131 successful attempts in a row, and he also drilled a 21-yard field goal. Allbaugh broke the previous mark held by Jack Ruggieri of Kutztown (Pennsylvania), who made 127 straight extra points during the 2011 and 2012 seasons.

The conference's other weekly award winner was Newberry senior quarterback Dre Harris, who was recognized as the offensive player of the week. A native of Greenville, South Carolina, he led the Wolves to a 37-14 road win over UVA Wise. Harris was responsible for all five of the Wolves’ touchdowns as he threw for four and rushed for one, completing 14 of 23 passes for 264 yards to go with 25 rushing yards.

NFL Week 6 Market: Will weather be a factor?

JEFFERSON CITY, Tenn. — For some reason, the Lenoir-Rhyne football team has had a hard time winning games on the road this season, dropping tw…

The third time proved to be the charm for the Lenoir-Rhyne football team on Saturday afternoon. Following a pair of seven-point losses over th…

LAFAYETTE, La. — Levi Lewis threw for one touchdown and ran for another, Chris Smith added two rushing scores and Louisiana-Lafayette eased by…

SYRACUSE, N.Y. — Having tripled last season’s win total halfway through 2021, the Syracuse Orange have helped their fans largely forget the no…

SALISBURY — The Lenoir-Rhyne volleyball team won for the 10th time in its past 11 matches on the road Wednesday, defeating Catawba in four set…

Wednesday night’s performance by the Catawba Valley Community College volleyball team was a bright spot in what has been a challenging season so far. 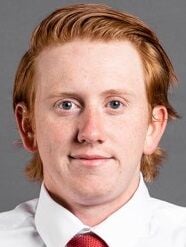