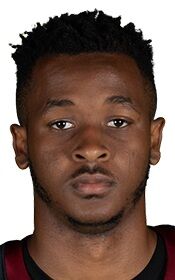 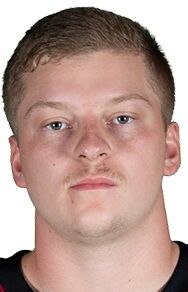 The COVID-19 pandemic has forced countless changes to sports at all levels since March, with NCAA Division II’s South Atlantic Conference among the affected leagues. The latest announcement from the SAC came on July 24, when the start of fall sports was postponed to Sept. 26.

It was also revealed that same day that the SAC will play a conference-only schedule in 2020, which could be a good thing for the Lenoir-Rhyne football team. After all, the Bears have won their past 17 games against conference opponents, with 13 of those victories coming by double digits.

That’s not to say that it will be easy for L-R to defend its back-to-back conference championships, as the Bears have a target on their back as one of the top teams in Division II. They have also made a pair of regional championship appearances over the past two seasons, so high expectations exist once again entering the upcoming campaign.

Of the players listed on the Bears’ roster, 17 are seniors. Two of those seniors are defensive back Davin King and tight end Mike Russell, who haven’t received much playing time at L-R but could be called upon more often in 2020.

King is a 6-foot-3, 200-pounder from Statesville who attended South Iredell High School, while Russell is a 6-1, 230-pounder from Willow Spring who graduated from Middle Creek High. They have combined to play in a total of four games during their time with the Bears, but following the loss of several key players due to graduations and transfers, they could be candidates to see more on-field action under first-year head coach Mike Jacobs.

Other seniors who have played sparingly in the past will also be asked to step up, as will those who have been standout members of the squad. Quarterback Grayson Willingham, wide receiver Dareke Young, running back Jace Jordan and offensive linemen Jason Poe and Ian Brinson were some of the Bears’ biggest offensive contributors a year ago, while other returning seniors include defensive tackle Dan Louba, defensive back Eric Jackson and kicker Chase Allbaugh.

As for the aforementioned Jacobs, who led Notre Dame College in Ohio to a 42-8 record over the last four seasons, he will be looking to continue not only his own personal success, but that of L-R’s football program. The Bears were 25-3 in two seasons under previous head coach Drew Cronic, who is now coaching at Mercer University in his home state of Georgia.

There’s a lot to like about the Bears’ football team in 2020, and hopefully it will indeed be able to take the field on Sept. 26. Coming off the winningest decade in the program’s 100-year history, L-R hopes to keeps its winning tradition alive heading into the future.

To do so, everyone will have to play their part. Whether that’s a big role or a small one, every single person matters. In the end, players such as King and Russell could end up being breakout stars during the 2020 season.

Virginia Tech star cornerback Caleb Farley announced Wednesday he will not play for the Hokies if there is a season, becoming the most notable…

The South Atlantic Conference announced Friday afternoon that the start of fall sports has been delayed until Sept. 26 in response to the COVI…

If you’re going up against the defense of the Lenoir-Rhyne football team, you’re going to have to deal with a monstrous duo in the middle. Las…

When Lenoir-Rhyne initially announced its 2020 football schedule in March, it consisted of 11 total games and eight South Atlantic Conference …

The Lenoir-Rhyne football team returns most of its offensive line from last season in 2020, which should increase the Bears’ chances of having…