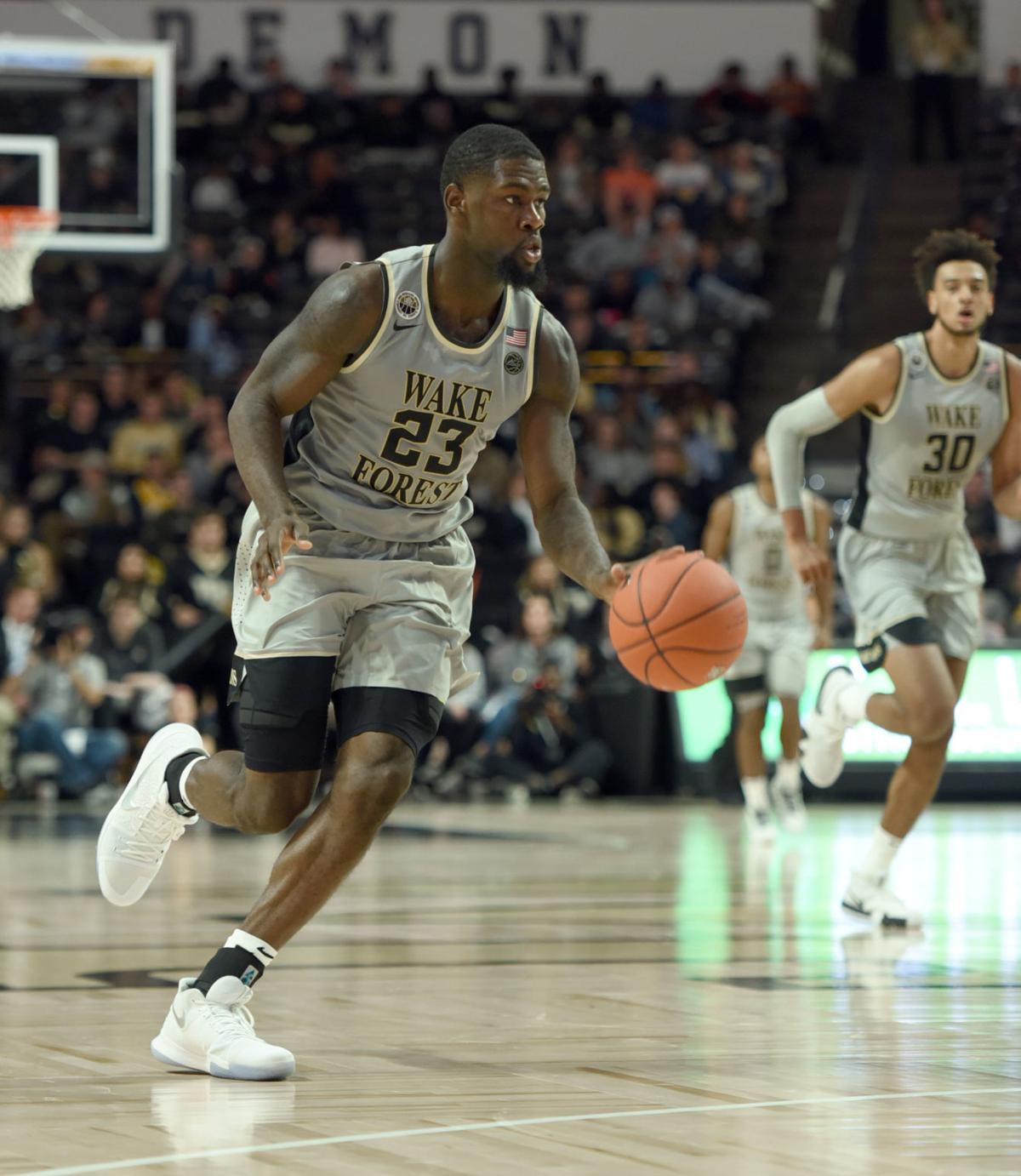 Wake Forest's Chaundee Brown leads the Deacons in transition in the second half of the Deacons' 90-78 win over N.C. A&T on Saturday. 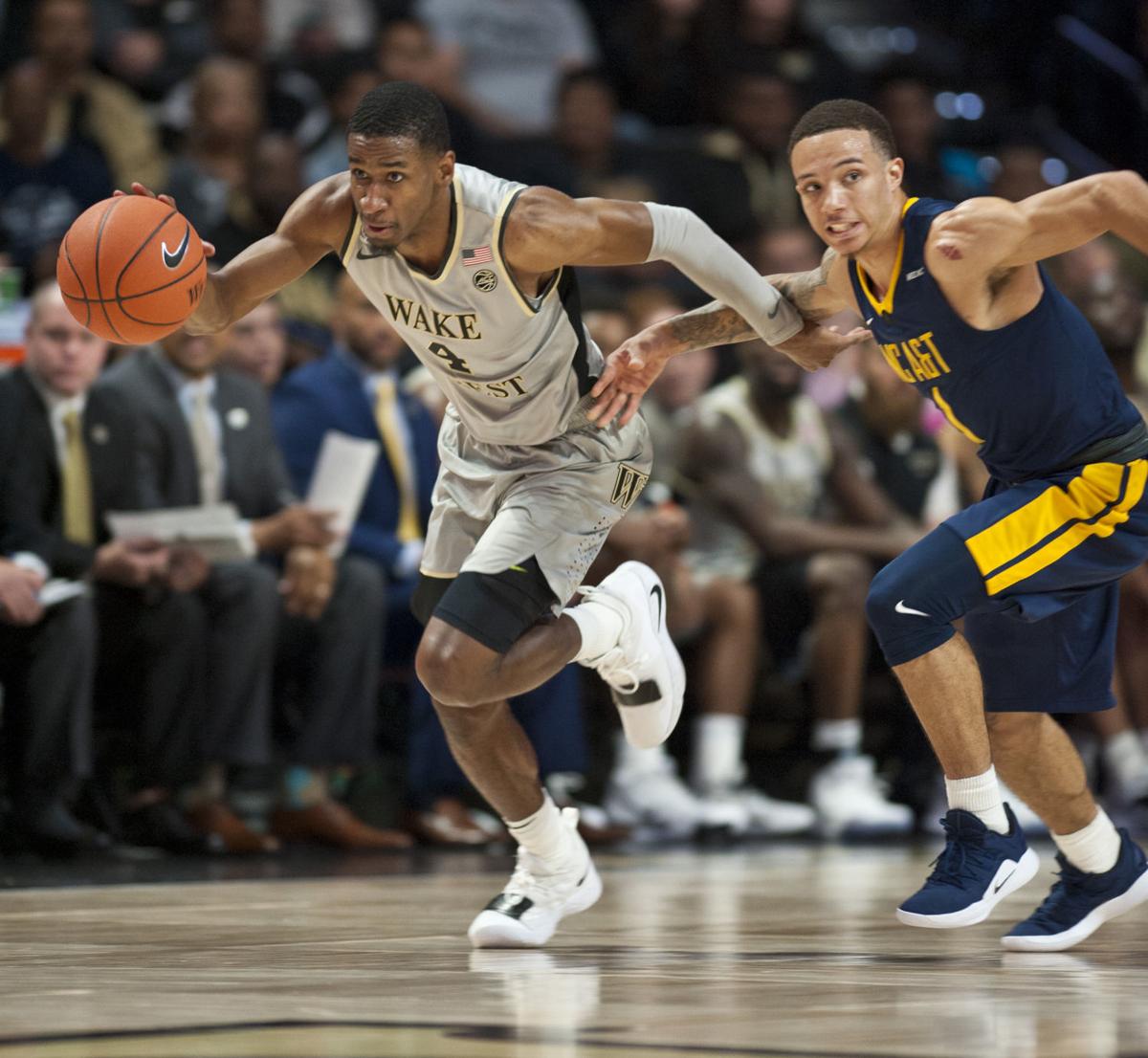 Wake Forest’s season started with Saturday’s win against North Carolina A&T, and will kick into higher gear when the Deacons travel south for three games in the Myrtle Beach Invitational this week.

Wake Forest’s inexperienced team will play Saint Joseph’s in the opener at 11:30 a.m. Thursday, and then will play either Cal State Fullerton or Central Florida on Friday. The Deacons are certainly in a better spot than they were a year ago, when they had lost two games and headed up to Lynchburg, Va., for the relocated Paradise Jam, in which they lost two of three games.

Here are five things to watch for in the Deacons’ next three games:

Wake Forest’s eight newcomers have gotten their feet wet in a meaningful game, and now will play three of them across four days. Playing tournaments means extended stays on the road together and limited preparation time and ability, so this should be a revealing week for the Deacons.

“We have a good look and feel for our guys, but it’s during practice. It’s a level of comfort there. It’s a little bit different when you’re playing with the lights on,” Coach Danny Manning said.

2. Getting back on defense

Wake Forest gave up too many transition opportunities in the exhibition game against Belmont Abbey and in the season-opening win against N.C. A&T, and that seems to be high on the priority list for things that need to fixed.

“Coming back in transition, it doesn’t matter who you’ve got, as long as you have a person and you’re sprinting back,” sophomore guard Chaundee Brown said. “Our coach has been telling us and yelling at us in practice to sprint back, especially after a made basket.

Manning said he approaches games like this as preparation for the ACC Tournament, with so many games in a limited period of time. Brown said he’s made sure the young players understand the importance of hydration and using recovery tools at their disposal.

The graduate transfer from Buffalo wasn’t able to play in the opener against N.C. A&T, and his status was to be evaluated on a day-by-day basis, Manning said afterward. Smart had five points and five rebounds in the exhibition victory against Belmont Abbey and, if available, would provide depth behind center Olivier Sarr — he played nearly 30 minutes against N.C. A&T, and sophomore walk-on Sunday Okeke played 4½ and grabbed four rebounds.

Wake Forest had 24 fast-break points against the Aggies — more than any game last season.

Cobras fall to Pioneers 9-8 in 10 innings

For the second time this season, Catawba Valley Community College second baseman Chandler Blackwelder has been named Player of the Week by the…

The Lenoir-Rhyne football team has been the class of the South Atlantic Conference over the last three seasons, but on Saturday afternoon the …

Mac Engel: Kim Mulkey’s exit from Baylor is a result of strain, fatigue and pettiness

Do not believe that Kim Mulkey becoming the new head women’s basketball coach at LSU is about her following her heart back to her native state.

Wake Forest's Chaundee Brown leads the Deacons in transition in the second half of the Deacons' 90-78 win over N.C. A&T on Saturday.