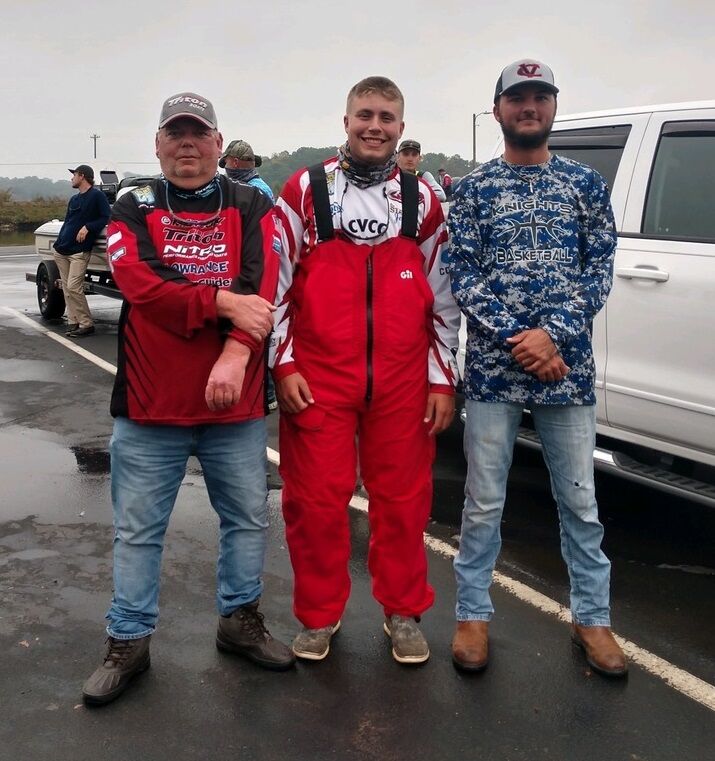 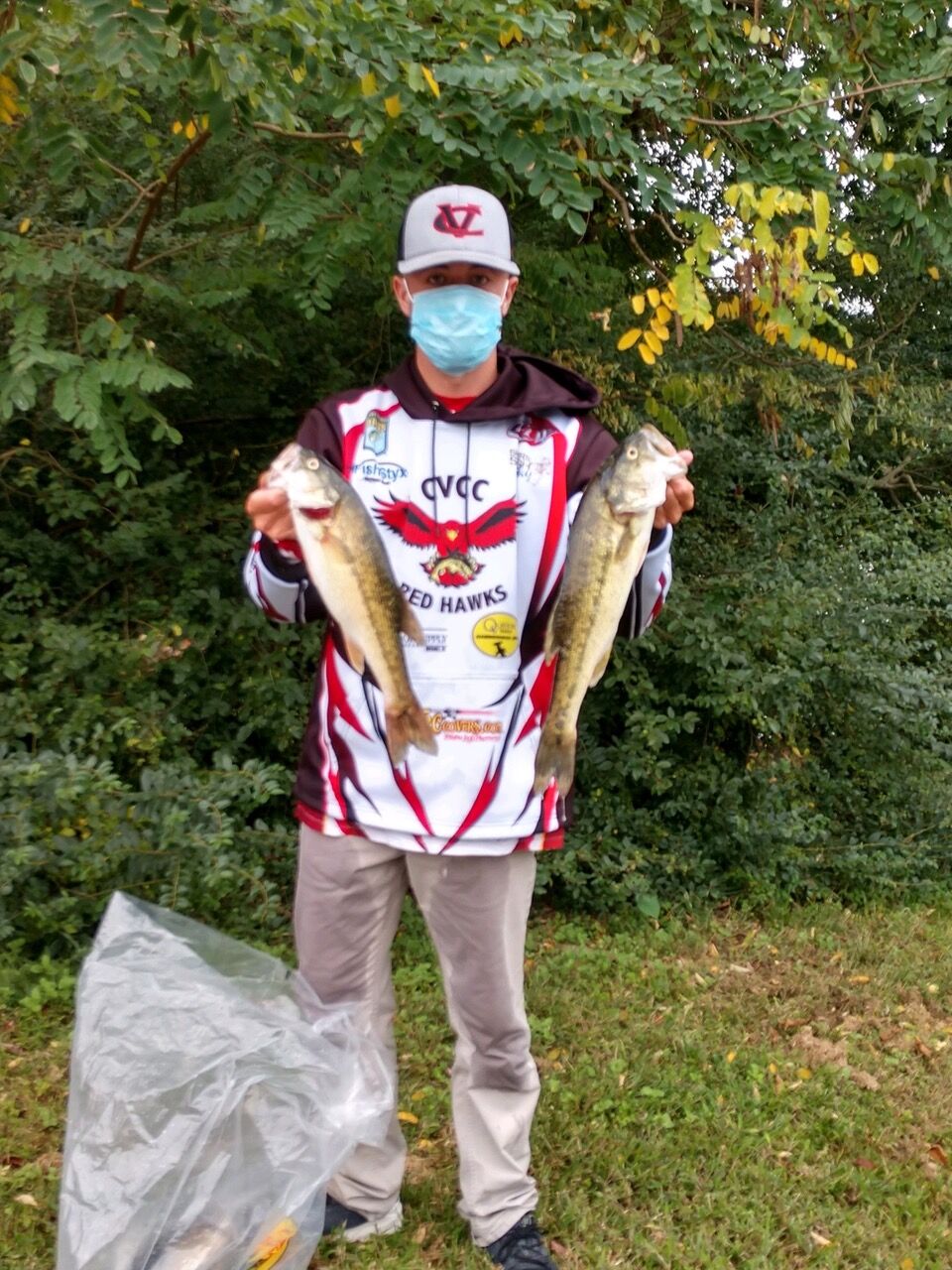 By CODY DALTON Special to the Record

The Red Hawks’ Lane Bailey and Lucas Oliver both earned spots on the state team and advanced to the B.A.S.S. Nation Regional championship tournament following their finishes during two different state qualifiers.

The top three finishers from each state qualifier earned a spot on the state team.

Bailey qualified with a third-place finish last Friday during the first of the two state qualifiers — the North Carolina B.A.S.S. Nation Wildcard Tournament on Lake Norman.

“I am looking forward to fishing in the regional and learning during the experience,” Bailey said. “I am excited and realize that I am two tournaments away from the Elite series. I have to stay focused and fish hard so I can make it. Everything happens in life for a reason. I am going to give it all I have. I am honored to represent CVCC and the state of North Carolina.”

“I have already had so many new experiences fishing on lakes — some that I have never even heard of — since being a part of the CVCC Bass Fishing Team,” Oliver said. “Having the opportunity to fish in two state qualifiers on Friday and Saturday were two of the most challenging and exciting things that I have ever experienced. I met some really great fishermen and learned so much from the boaters that I fished with.

“I owe so much to my coaches — Angela and John Mayo — for the time and dedication that they give to our CVCC team. I am so excited to be sharing this experience with fellow team member Lane Bailey and representing both CVCC and the state of North Carolina at the B.A.S.S. Nation Regional championship. Hopefully more of our teammates will qualify at the next qualifying tournament at the end of this month.”

This is the second straight year that the CVCC bass fishing team has placed a member on the B.A.S.S. state team. Last September, the Red Hawks’ Nathan Dellinger won the state qualifier on Roanoke River.

The top boater and co-angler from each state will move on to the B.A.S.S. Nation National Championship with an opportunity to earn a spot in the Bassmaster Classic — the most prestigious event in bass fishing.

The CVCC bass fishing team is back in action this Sunday during a one-day tournament held by Clemson University as part of their Fall Team Trail on Lake Keowee.

‘Reeling In For Red Hawks’ fundraiser set for Dec. 12

The Catawba Valley Community College bass fishing team will be holding its “Reeling In For Red Hawks” fundraising tournament on Saturday, Dec.…

The Lenoir-Rhyne Bears Club has officially announced that the annual auction (formerly gala) will take place from Monday, Nov. 2, through Mond…

BOONE — The Appalachian State football team returned to practice this week for the first time in more than two weeks.

WINSTON-SALEM — Virginia will be looking to put a poor performance in the rearview mirror when it plays at Wake Forest today. The Demon Deacon…

RALEIGH — North Carolina State and Duke are finally getting back together in football.

TALLAHASSEE, Fla. — North Carolina is unbeaten and has its highest ranking in more than two decades, even as the fifth-ranked Tar Heels have y…

ATLANTA — Georgia Tech couldn't ask for a better opportunity to show how far the program has come in coach Geoff Collins' second season.