February 6, 1941 - May 24, 2020 On Sunday, May 24, 2020, Rainer Kuschel "Kusch", 79, beloved husband, father, brother and son, left this earth and ran straight into the arms of Jesus. We know that his first glimpse of Jesus took his breath away here on earth. Kusch was born Feb. 6, 1941, in Germany. From the time he was born he was a lover of life. He was always making friends wherever he went with his smile and jokes! At 34 years of age, he came to know Christ as his Savior and never stopped telling people how his life was changed from that day on. He wanted everyone to join him someday in heaven. Kusch was so proud of the six years he spent in the Marine Corps, and he served his country well. Most of Kusch's life was spent in South Florida where he grew up, met the love of his life, owned a very successful carpet store for 25 years, New Life Carpet in West Palm Beach, Fla., and raised two children. Later in life, Kusch and Barb moved to the place they honeymooned and loved, Maggie Valley. Eventually the whole family came back together and settled in Conover. Kusch was an amazing woodcarver and sold many of his walking sticks at craft shows in North Carolina. If you were special to him, he more than likely gifted you one of his creations. Kusch also served the Lord as a deacon at Oxford Baptist Church. Kusch was predeceased by his mother, Gerda Norris; and his stepfather, Rudy Kuschel. He is survived by his loving wife of 54 years, Barbara Kuschel; his children, Kelli Wilson (Tony) and Kevin Kuschel; his two grandchildren whom he loved tremendously, Owen Kuschel and Maddy Wilson; his brothers, Bob (Eberhardt) Kuschel (Sandy) and Dale Kuschel (Georgina); and many nieces and nephews. There will never be another like our husband, dad, brother and son Kusch! We are so thankful for the promise of heaven! John 3:16 "For God so loved the world that he gave his only begotten Son that whosoever believeth in Him shall not perish but have everlasting life." There will be a family graveside service with a celebration of life service for friends and family at a later date. In lieu of flowers, the family asks that you make a donation to Carolina Caring (Hospice), 3975 Robinson Rd., Newton, NC 28658 or to Oxford Baptist Church, 5965 Springs Rd., Conover, NC 28613. Condolences may be sent to the Kuschel family at www.bennettfuneralservice.com. The Kuschel family is in the care of Bennett Funeral Service of Newton, 828-465-2111. 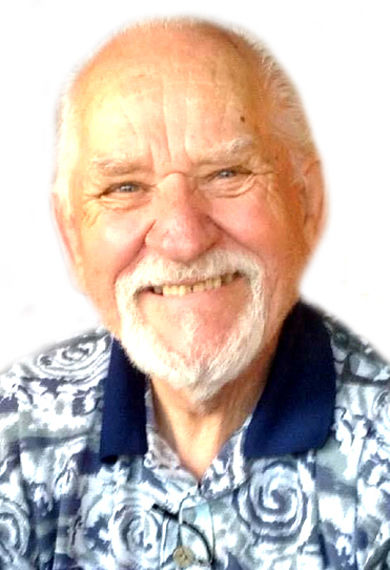