More property has been recovered in relation to a string of law enforcement vehicle break-ins.

Two police vests from the Caldwell County Sheriff’s Office were recovered at an abandoned home on the 1700 block of Second Avenue SW in Hickory on Friday, according to a report from the Hickory Police Department.

On Aug. 15, Jermichael Junior Hunt, III, 21, was arrested in connection to the break-ins and was charged with two counts of possession of a stolen firearm. At the time of arrest, Hunt was in possession of weapons, safety equipment and clothing from the police vehicles, a previous Hickory Daily Record article states.

According to a press release from the N.C. State Bureau of Investigation the weapons recovered belonged to multiple law enforcement jurisdictions.

According to incident reports obtained by the HDR, the stolen property included an AR-15, a Barnes Precision Machine rifle, bulletproof vests, a drone, ammunition in a weapon, hearing protection, AR-15 magazines and shirt and pants with the Hickory Police Department insignia.

Anyone with any information in relation to the break-ins and stolen property is asked to call the SBI’s Northwestern District Office at 828-294-2226 or local authorities.

At least two Hickory Police cruisers were broken into from July 29- Aug. 4 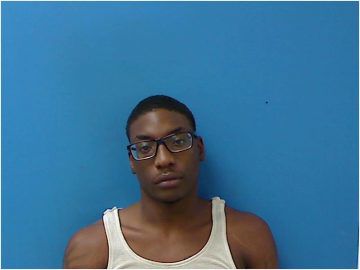