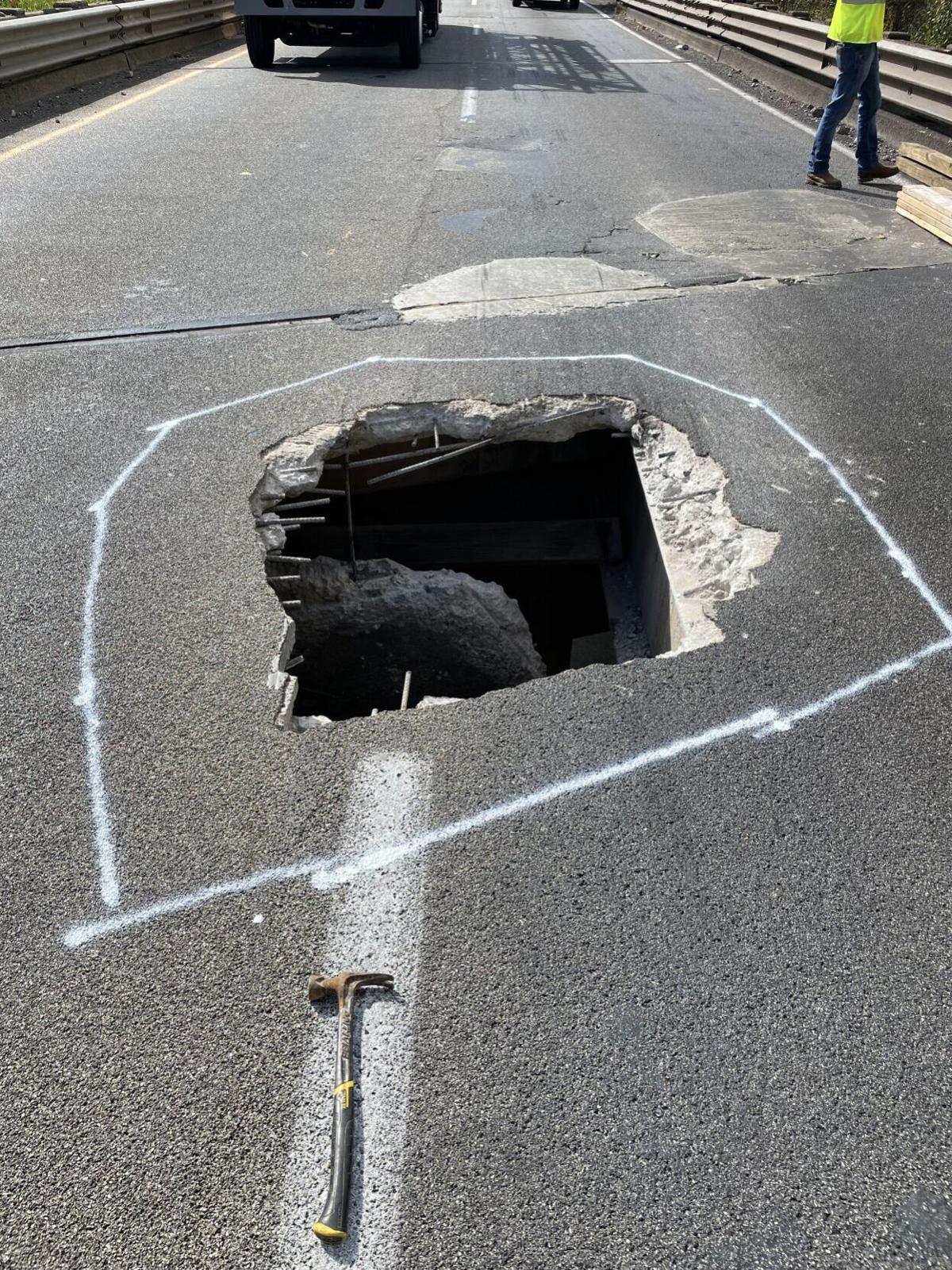 This pothole that opened on the Beulah Road bridge over Interstate 40 in Iredell County has closed the westbound lanes of the interstate. 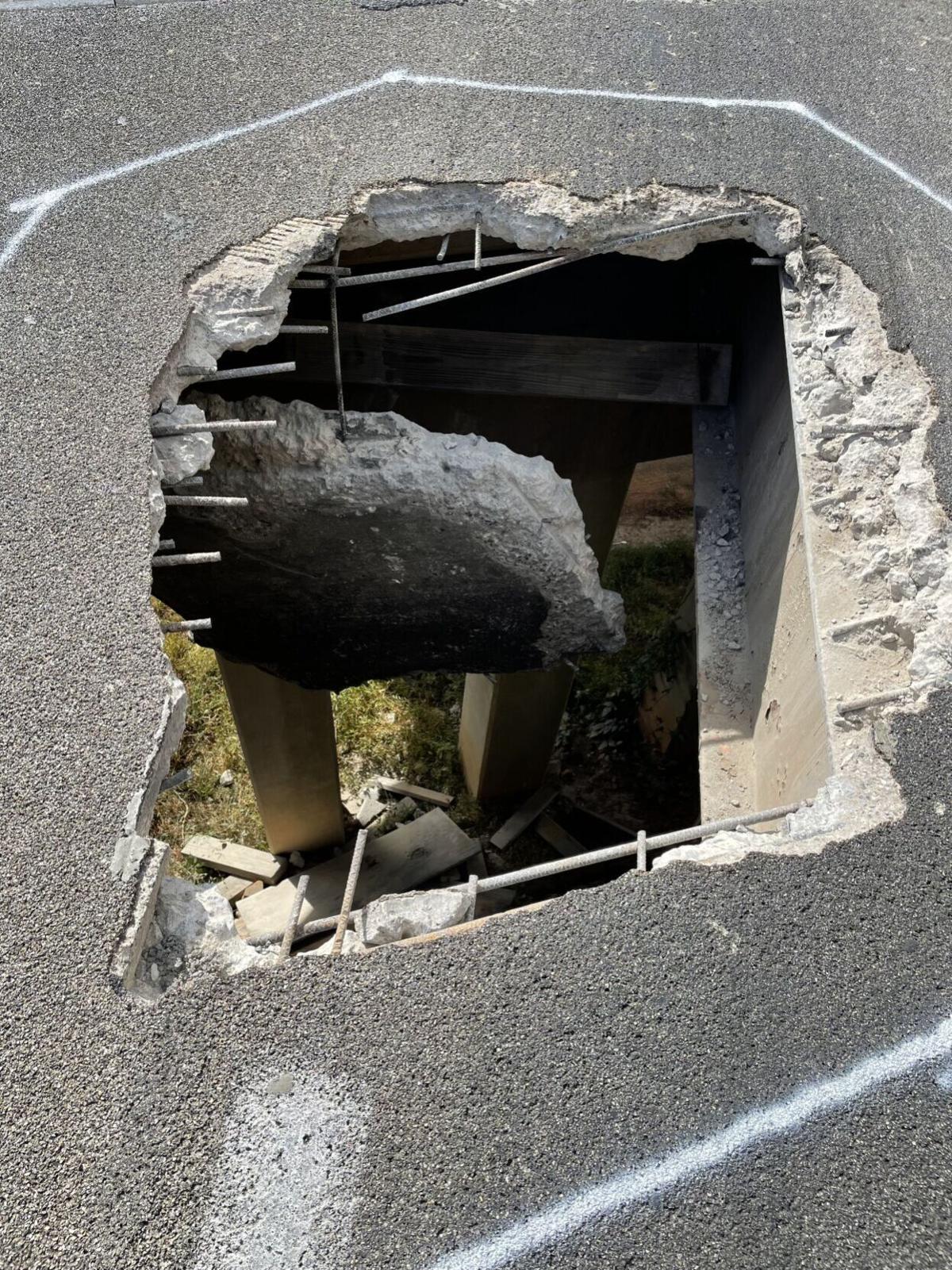 This pothole on the Beulah Road bridge resulted in the closure of Interstate 40 West in Iredell County on Friday. 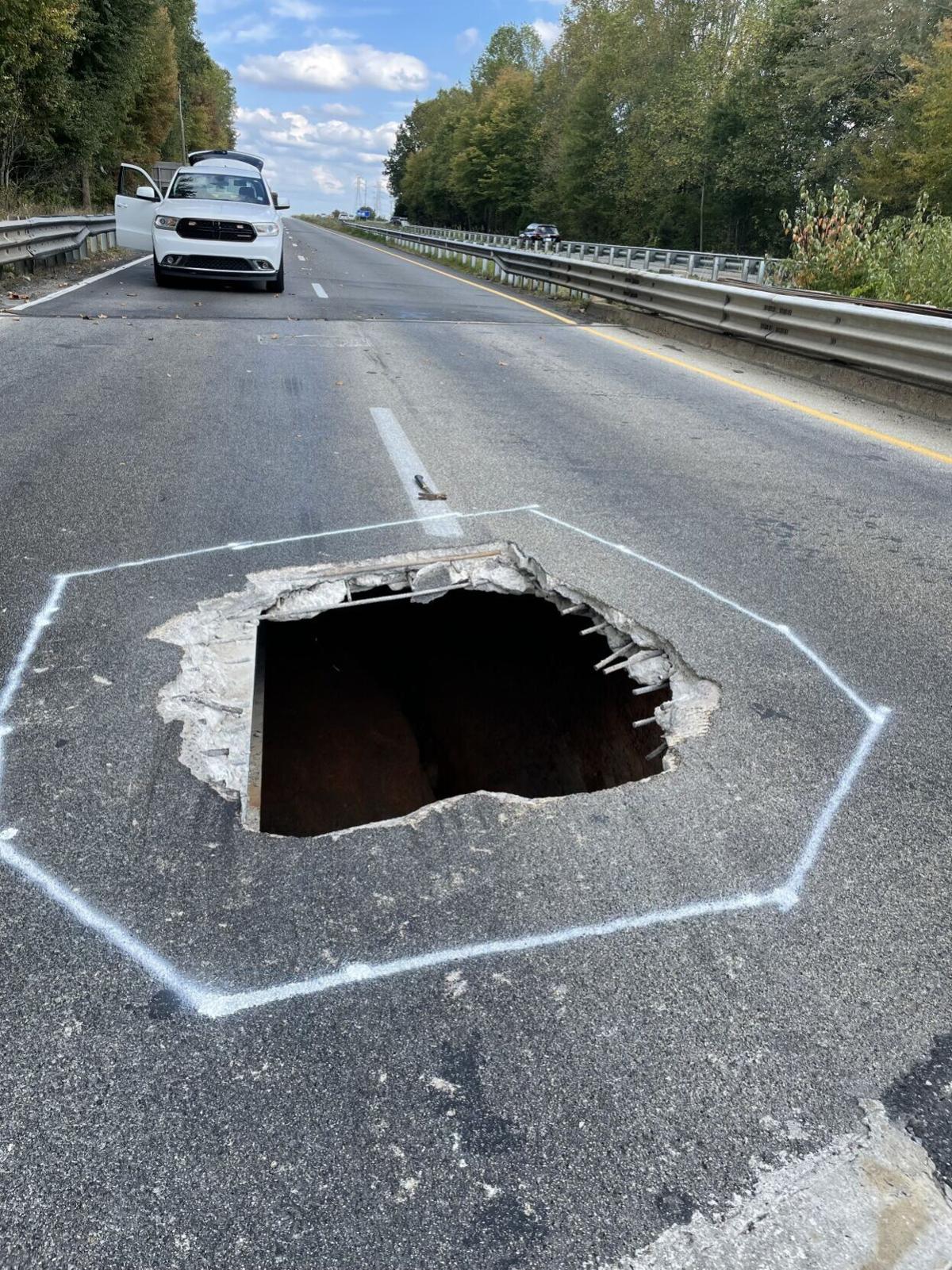 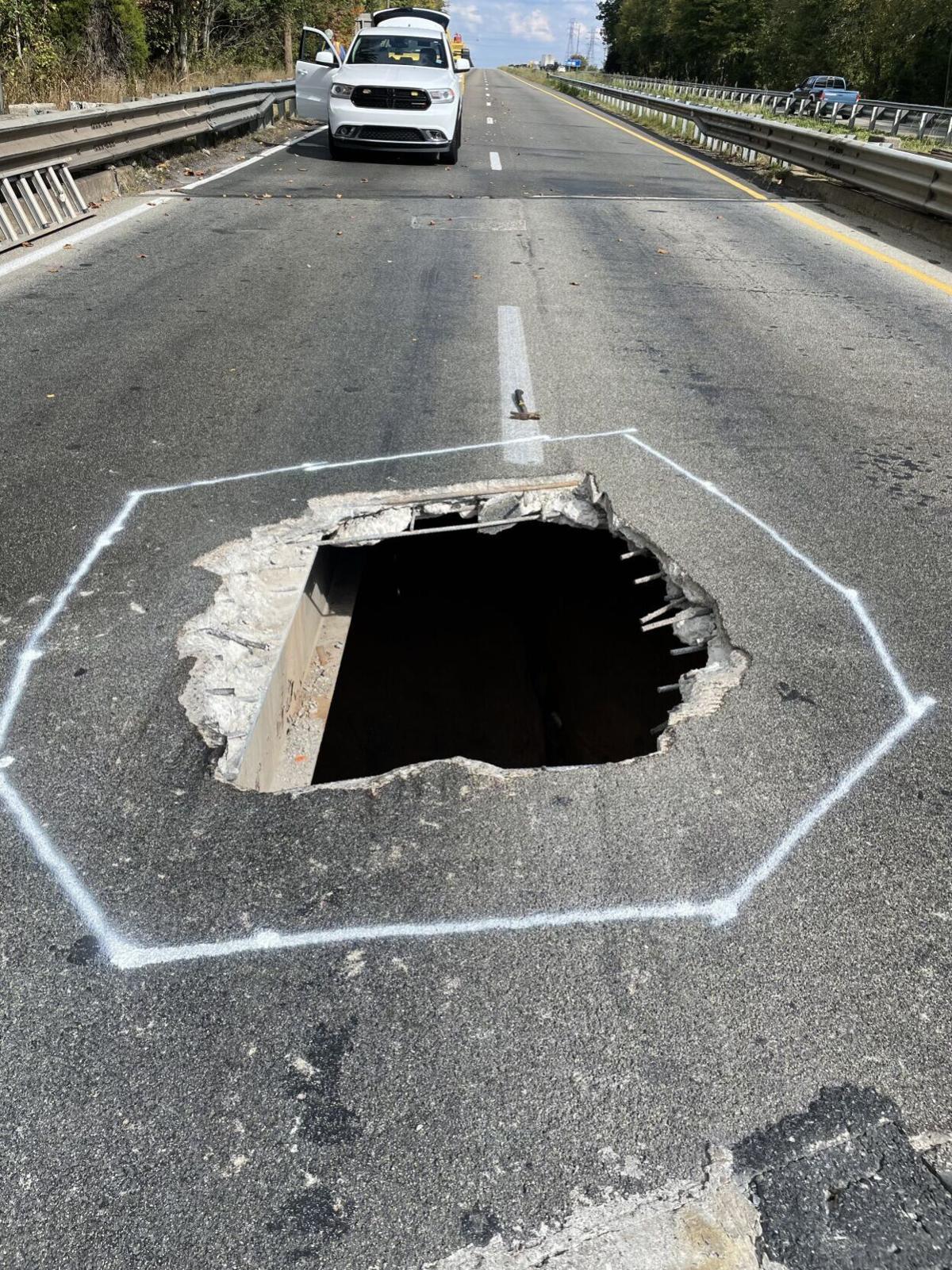 The North Carolina Highway Patrol has a request for drivers headed west through Iredell County.

That’s because a hole in a bridge has closed Interstate 40 West in the western part of the county. And the interstate is expected to remain closed through at least Tuesday — possibly Wednesday, Hall said.

A large chunk of the bridge's surface apparently fell in. In one photo, the ground below is visible. The bridge is undergoing emergency repairs, which began Friday. The North Carolina Department of Transportation originally said those repairs would take through the weekend. But that timetable has been extended, Hall said.

Drivers can expect the interstate to be closed between Old Mountain and Sharon School roads, exits 144 to 141.

Traffic on Iredell County side roads leading west was at a standstill Friday, and those conditions were not expected to improve. “It’s completely gridlocked,” Hall said.

Hall said troopers were working with schools in western Iredell County to help buses get around the traffic.

A new lawsuit has been filed against UNC School of the Arts accusing 25 former administrators and faculty members of either participating in sexual abuse against high school students or covering it up. The lawsuit names 39 plaintiffs who all attended the high school at UNCSA between 1969 and 2012. That includes the seven UNCSA high school students who attended in the 1980s and who filed the initial lawsuit in September.

With wildfire raging on Pilot Mountain, community comes through with donations for firefighters

Crews continue to fight a wildfire that has, as of Monday morning, burned some 300 acres at Pilot Mountain State Park. And local officials are asking for donations to help local firefighters.

A wildfire at Pilot Mountain State Park grew to 500 acres Monday and is expected to reach 900 acres.

Opinion: White man awarded $10M on claim against Novant is a reminder employers can’t discriminate in the name of diversity

David Duvall, a white man, alleged that he was terminated to support diversity efforts when he was replaced by two women — one white and one Black. Some are describing this case as “reverse discrimination.” It isn’t. It’s just discrimination.

Greensboro pastor died of COVID before getting the vaccination he was planning. His wife hopes church clinic will inspire trust.

This Christmas light display is inside a mountain ridge in Virginia

Mooresville High School sent students home at 9 a.m. Wednesday due to an apparent suicide of a student on campus.

Speedway in North Wilkesboro could get help from state budget bill

This pothole that opened on the Beulah Road bridge over Interstate 40 in Iredell County has closed the westbound lanes of the interstate.

This pothole on the Beulah Road bridge resulted in the closure of Interstate 40 West in Iredell County on Friday.