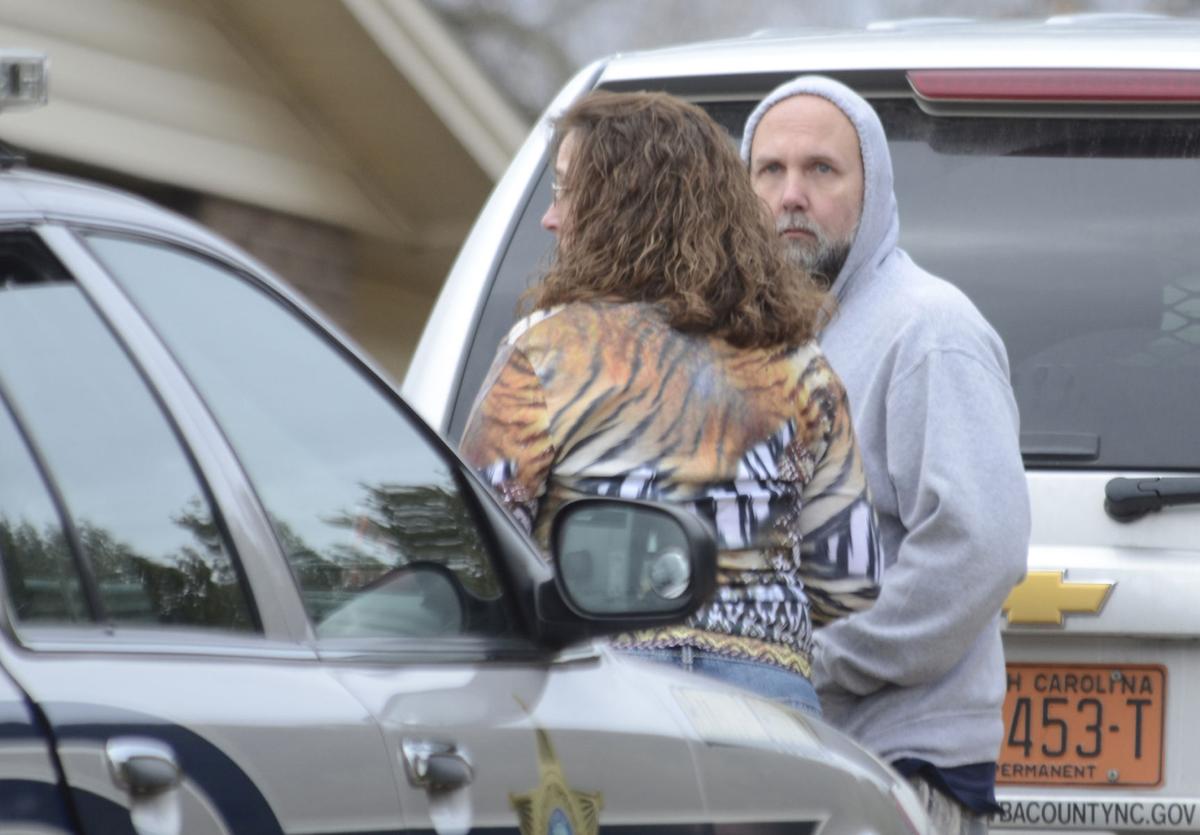 Residents stand outside their home after a home invasion Monday morning during a shooting investigation. 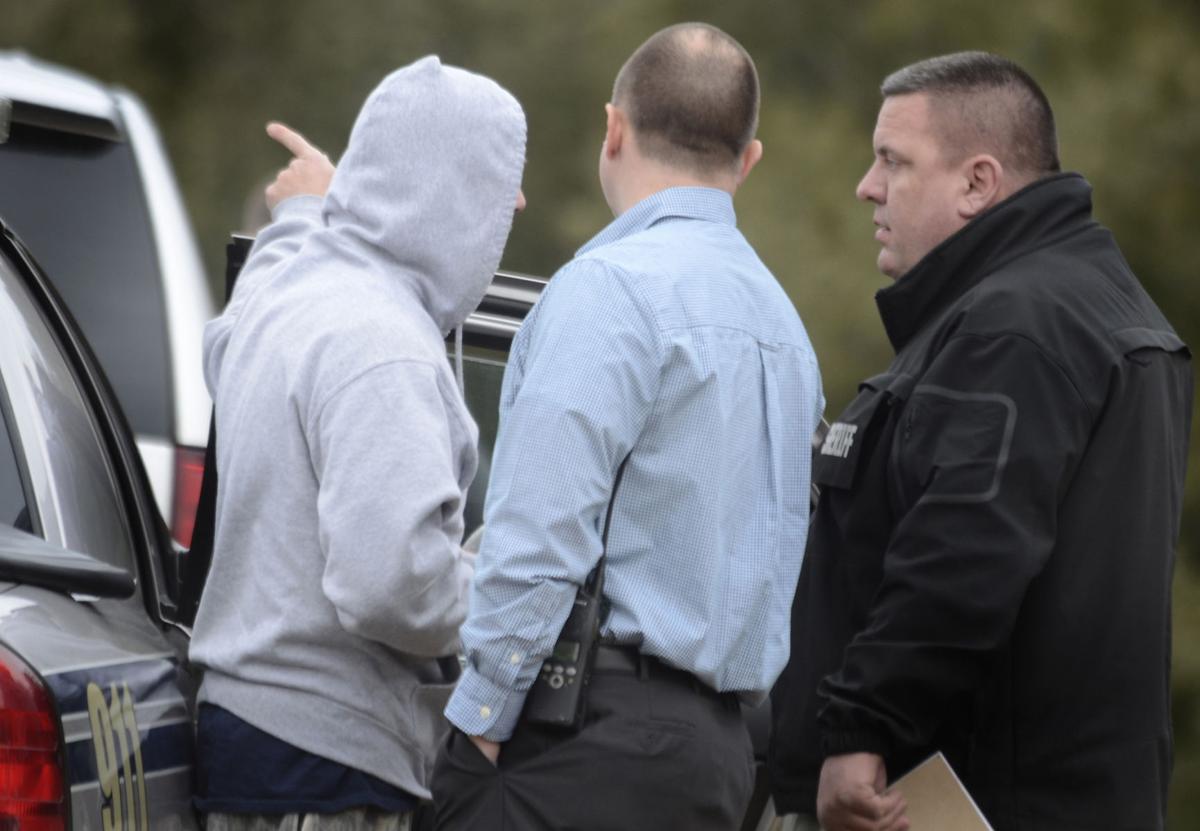 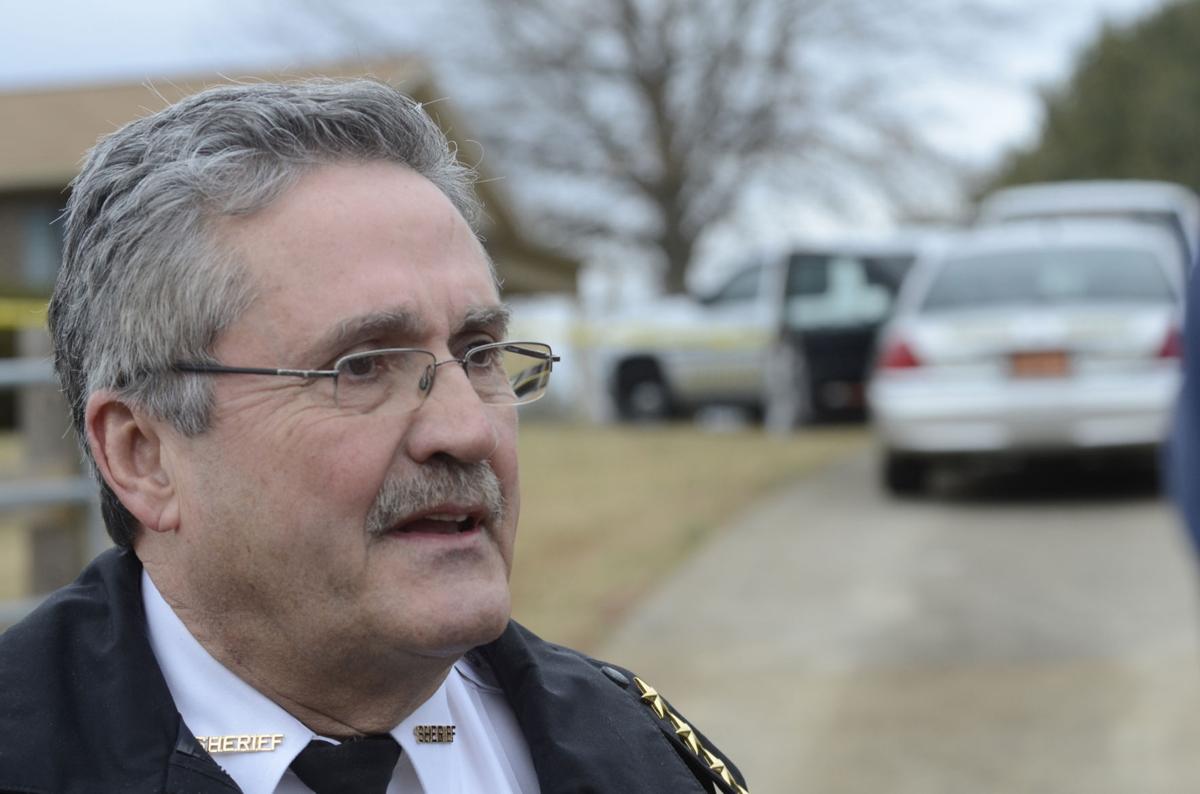 CLAREMONT, N.C. — A Claremont homeowner shot and killed a home break-in suspect Monday morning, and law enforcement officials are still searching for a second suspect who fled the scene.

Catawba County Sheriff Coy Reid was on the scene about an hour after the incident happened. About 9:25 a.m., Reid said, the homeowner called 911 to report a break-in at his River Bend Road home. Soon after, the sheriff continued, the subject kicked open the basement door to enter the home.

The subject came down the hallway toward the homeowner, Reid said, when the homeowner fired one shot from a 12-gauge shotgun, hitting the suspect in the chest. A second suspect ran back down the basement stairs and left in a dark blue minivan. He has not been found, Reid said.

“The only thing I could advise these people out here breaking into peoples’ homes,” Reid said, “(is) if they’re doing it for drug habit, they need to break in on a drug dealer.

During a phone call Monday afternoon, Lou Fox, the homeowner’s mother, said she hadn’t seen her son since before the incident. He was off work today and was trying to sleep in, she said. But, Fox added, the break-in will be on her son’s mind the rest of his life.

“It’s sure got us all tore up,” Fox said. She also said her son’s house had been broken into once before in the same manner.

Reid did not release the name of the dead suspect. The sheriff is obtaining a search warrant for the house to confirm the homeowner’s story, but Reid said it looks like a case of self-defense.

North Carolina is among the states with a “stand your ground law.” North Carolina General Statute affords the lawful occupant of a home the use of deadly force when the person is presumed to have held “reasonable fear of imminent death or serious bodily injury.” The word “reasonable,” though, is not defined.

Because a person died Monday during the commission of a crime, Reid said the second suspect could face a murder charged if he is apprehended.

The sheriff said the homeowner was shaken up by the incident.

“No one likes to take anybody’s life,” he said, standing at the end of the homeowner’s driveway. “But at this point, he thought his life was being threatened and protected himself and his wife, which he has a right to do.”

WHAT DO YOU THINK?

Catawba County Sheriff Coy Reid says charges likely won’t be filed against a homeowner who shot and killed a break-in suspect. What do you think about a person’s right to protect their home? Email Letters to the Editor to news@hickoryrecord.com. Letters must include a full name, daytime phone and address. There is a 400-word limit.

HICKORY, N.C. — A home invader shot and killed Monday by the home's owner was identified Tuesday by the Catawba County sheriff.

CLAREMONT, N.C. — The second intruder in a home break-in Monday in Claremont that left one burglar dead was arrested Wednesday at his Gaston C…

NEWTON, N.C. — The Claremont homeowner who shot and killed an intruder last month will not face any charges, according to a news release from …

Residents stand outside their home after a home invasion Monday morning during a shooting investigation.