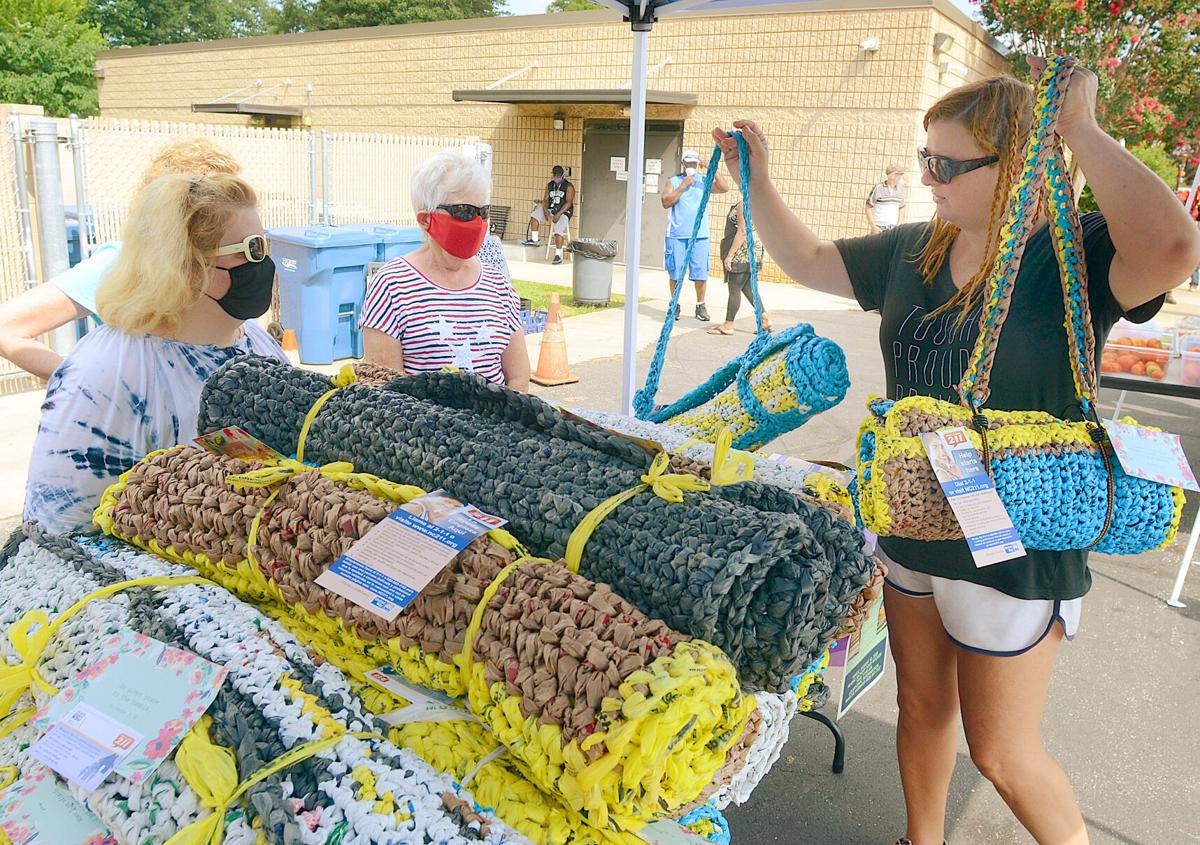 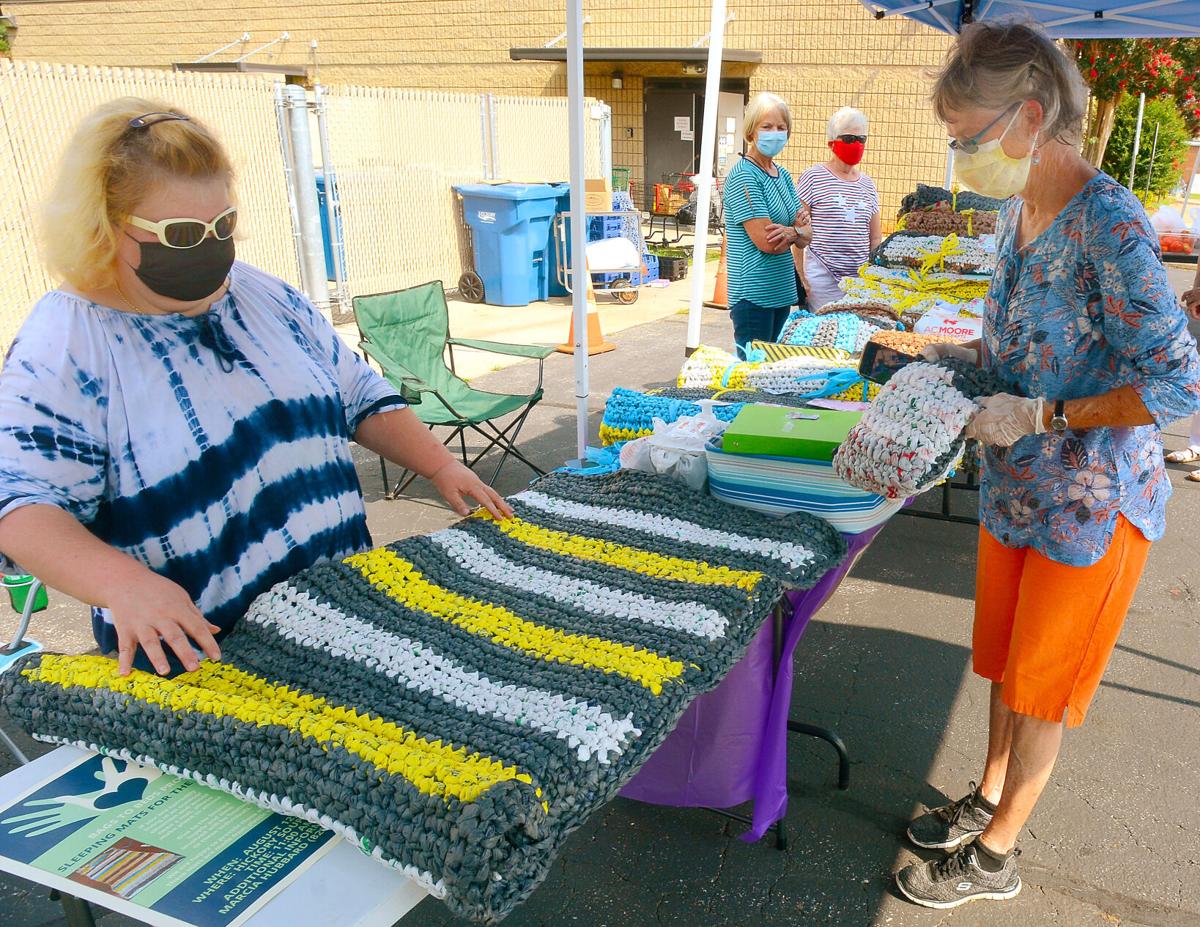 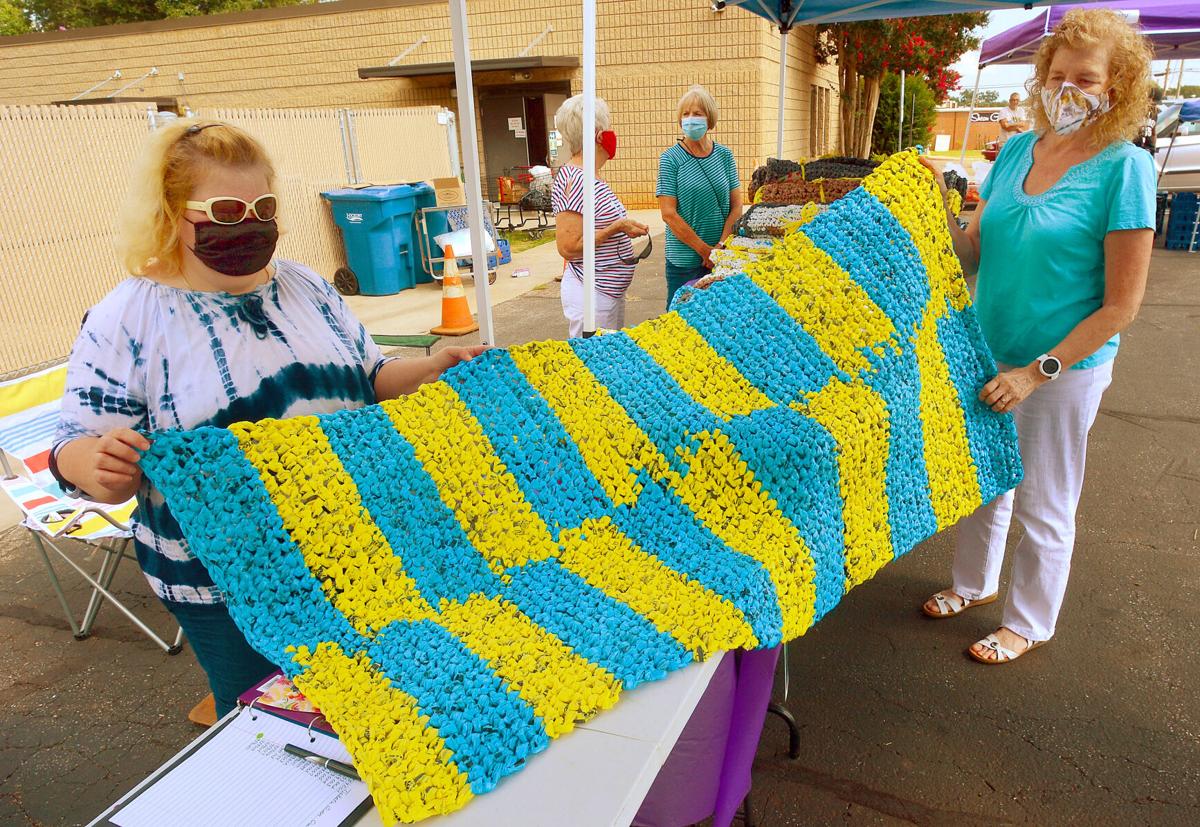 Marcia Hubbard (left) and Rita Johnson display a mat made for homeless clients. Johnson crocheted this particular entry in the Bags to Beds national project. 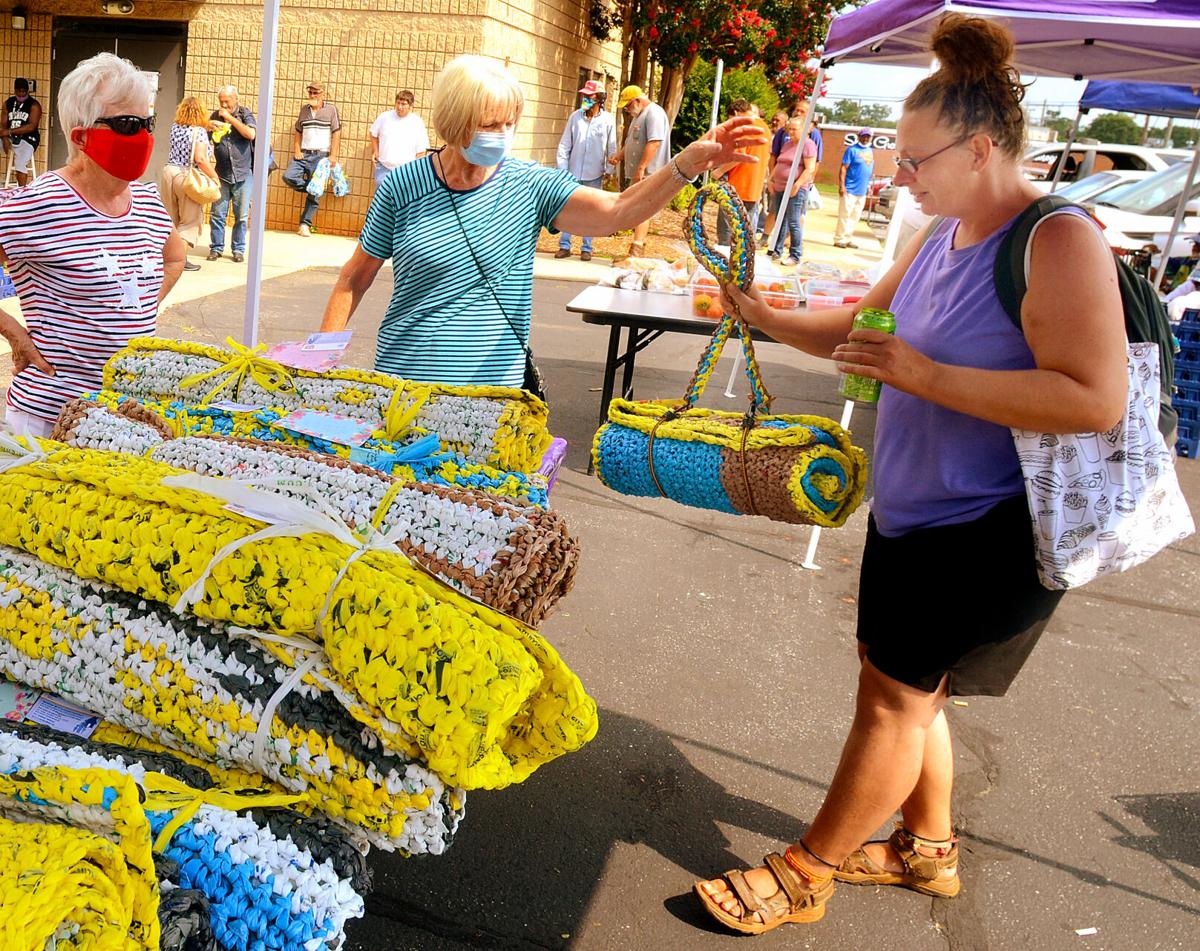 A group of volunteers has been hard at work crocheting plastic bags together over the last eight months.

The work was time-consuming but the group was motivated by a goal: creating sleeping mats for use by the Hickory-area homeless.

Marcia Hubbard was inspired to make the mats after she began volunteering at the Hickory Soup Kitchen. The group decided to use plastic so the mats could be wrung out and would dry more easily.

On Wednesday, the group distributed the first batch of mats at the Hickory Soup Kitchen as part of the Bags to Beds national initiative.

The group handed out 34 mats and several plastic pillows.

“It touches my heart how it’s all come together and to be able to start reaching the people that are in need with these mats and to see the smiles on their faces,” Hubbard said. “That’s what it’s all about.”

Several of the homeless people who came out to receive the mats were excited. In addition to providing warmth and protection from bugs, they said the mats will also provide comfort.

“People with injuries that I know people have — including myself — this makes it easier to get a full night’s sleep to be able to go work,” said Amber Walker, a homeless woman who stays around Hickory.

Darryl Roark said he did not know about the mats until he saw them Wednesday morning. Looking over the mats laid out on the table, he selected one he liked because of the Carolina blue color.

Hubbard said she is interested in keeping the project going as long as there is interest from volunteers and the soup kitchen.

Bags to Beds was founded in Salt Lake City, Utah. The website for the national project says Bags to Beds aims to reduce plastic waste while creating a resource for individuals experiencing homelessness.

Cecil Ford can make about anything out of wood.

Marcia Hubbard (left) and Rita Johnson display a mat made for homeless clients. Johnson crocheted this particular entry in the Bags to Beds national project.