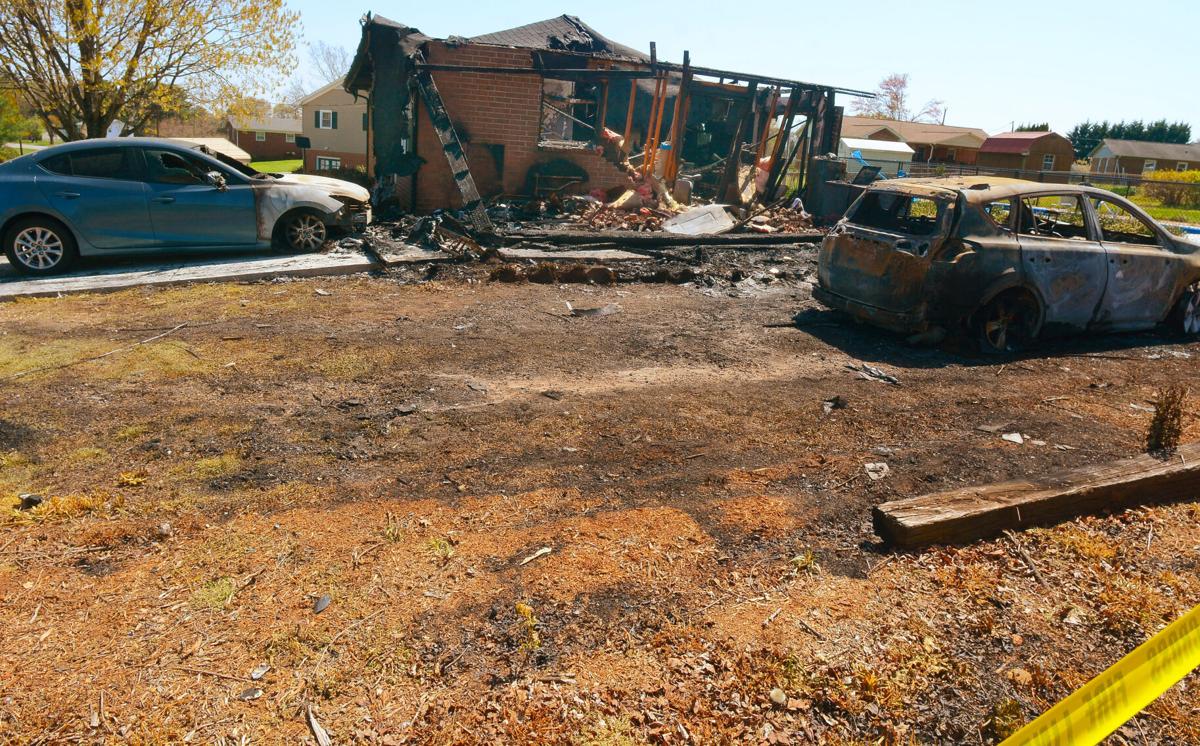 A house fire gutted a home in the 5500 block of Valleyfield Road in Mountain View on Saturday night. 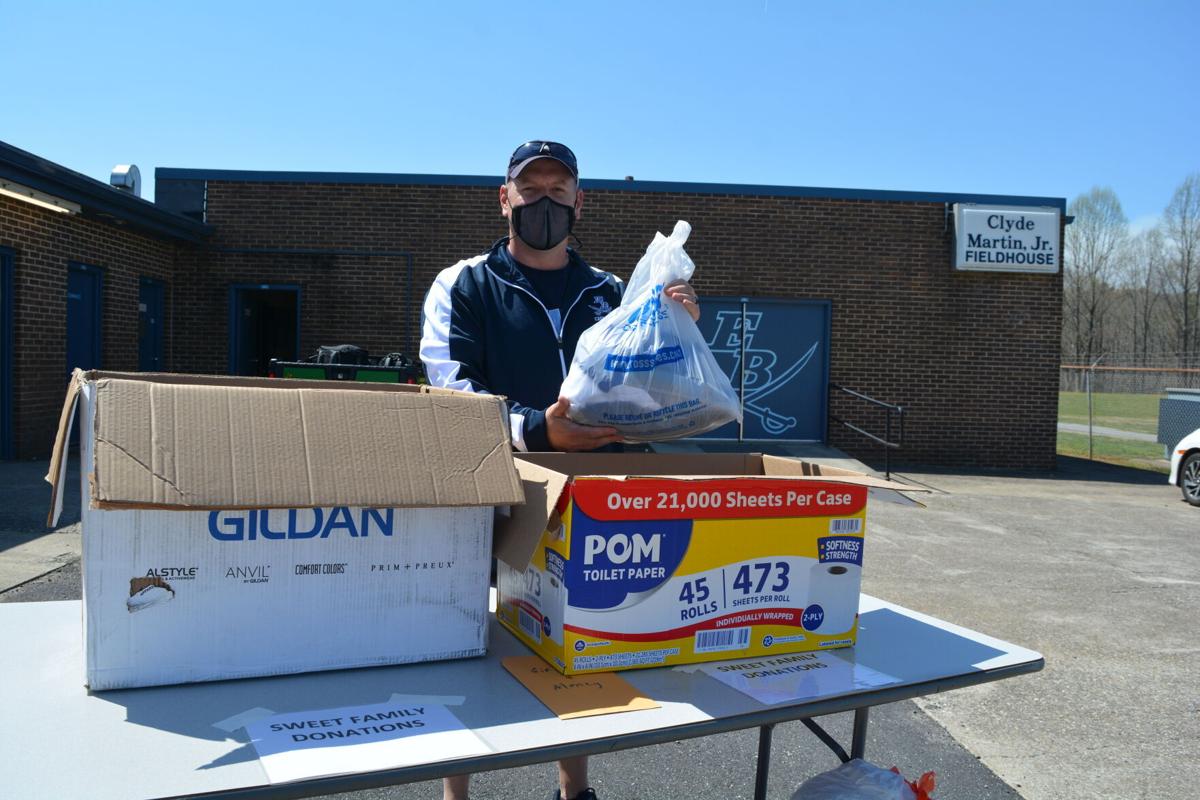 They might be competitors on the field but brotherly love is easy to find between the East Burke Cavaliers and the Fred T. Foard Tigers in the midst of a tragedy.

Landon Sweet, a center for Fred T. Foard High School’s football team, and his family lost their home in a fire Saturday night. His mom, Laura, said Monday that the family of three and their two dogs all made it out of the home OK. But the fire destroyed the home and their belongings.

“I coached the young man when I was at Foard, his freshman and sophomore years, and I got a text from one of the Foard players probably about 9 o’clock [Sunday] night that said, ‘Hey coach, just want to give you a heads up, didn’t know if you realized Landon Sweet had a house fire the night before and lost everything,’” Minor said. “And of course, in that moment, your heart just drops.”

Minor, who is in his first season at East Burke after coaching at Foard, said he knew it was time for action once he was sure everyone was physically OK.

“We can replace material things, but you can’t replace people,” Minor said. “(The player) assured me that everything was good, that everyone got out, but they lost everything, including cars, and immediately you just go into action. We gotta help this kid out. We gotta help their family, because if you’re in the same situation, I don’t care if you’re competitors on the field, at the end of the day, we’re all people.”

That’s why Minor set up a donation drive at East Burke for clothes, shoes and gift cards to help them get back in business after the fire.

Donations will be accepted through Thursday from 2-6 p.m. at the East Burke High School field house, with the family needing men’s clothes including 2XL shirts, XL shorts, size 42 pants, XL undergarments and a 10.5 in shoes. Women’s medium/large shirts, medium leggings, size 12 jeans and size 9 shoes also are needed, along with women’s 2XL shirts and XL leggings.

Gift cards also are welcome, along with Venmo donations through the Venmo account @Lauraloo75.

The help from East Burke is something the Sweet family won’t forget.

“Coach Minor has reached out to us and we are very, very, very thankful for the way, the outpouring of love and support that East Burke has shown us,” said Laura Sweet. “The football team has definitely reached out to my son and let him know that their prayers and support was with him, and that if there was anything they could do for him to let them know. We are thoroughly thankful for all of the community support all the way around.”

She said the family needs everyday items the most, like clothes and shoes. They lost their wallets in the fire, causing them to lose their debit and credit cards. That’s why gift cards to grocery stores are welcome.

“The biggest need is now, of course, the things that you need on a daily basis,” Laura said. “Clothing and toiletries. Shoes, definitely need shoes. As far as household items, we don’t really have a location that we can store things right now … gift cards are wonderful, grocery gift cards so that we can still continue to get food because we did lose everything as far as wallets and stuff in the fire.”

Minor spoke highly of his former player and his family.

“He is a great young man,” Minor said. “His last name is Sweet, and they really do have a sweet family. There’s no pun intended on that. They’re just goodhearted people. ... They made an impact on us just as much as we hope we made an impact on them.

“I think when you kind of cut ties and go separate ways, you still keep those relationships, because at the end of the day, that’s really what coaching’s about. It’s about building relationships with the players so when things like this happen you’re honored to give back to them, and it’s an opportunity for us to be a blessing.”

He wanted people to show empathy toward the Sweet family.

“Put yourself in their shoes,” Minor said. “Anytime there’s a tragedy, you put rivalries, competitiveness, you put all that aside because, at the end of the day, we’re all people. I think that you would want somebody to treat you the same way. It’s an opportunity for you to give back regardless of what school they go to. That stuff doesn’t matter.”

Helping people in need is the right thing to do, Minor said.

Chrissy Murphy is a staff writer with the News Herald in Morganton and can be reached at cmurphy@morganton.com or at 828-432-8941. Follow @cmurphyMNH on Twitter.

WHEN: 2-6 p.m. Tuesday through Thursday

A house fire gutted a home in the 5500 block of Valleyfield Road in Mountain View on Saturday night.