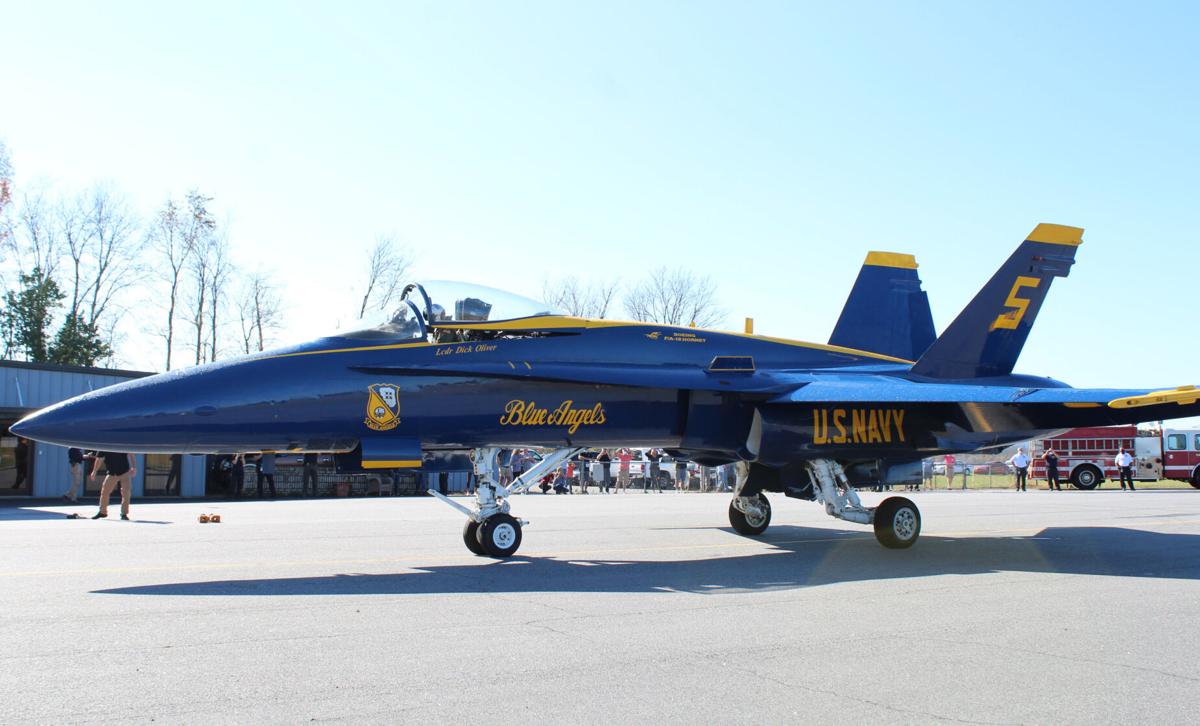 The Blue Angel #5 F/A-18 BuNo 162411 will be demilitarized over the next few weeks and be added to the Hickory Aviation Museum.

The Blue Angel #5 F/A-18 BuNo 162411 arrived in Hickory on Friday afternoon after flying from Pensacola, Florida.

As the Blue Angel plane flew into Hickory Regional Airport someone among the crowd said, “That’s the sound of freedom.”

The retirement of the planes comes after the U.S. Navy made plans to transition to newer models. “This airplane is the oldest of all Blue Angels that are flying right now,” Parlier said. “It has services in Iraq and Afghanistan — it’s an awesome airplane.”

Blue Angels pilot Cmdr. Frank Weisser flew the Blue Angel plane from Florida to Hickory. “This airplane is an exceptionally awesome airplane for us; we’ve had it for years and years,” Weisser said. “It’s had a really long and storied history with us, and to bring it up here is awesome.”

Hickory Mayor Hank Guess expressed his gratitude to the U.S. Navy Blue Angels and the Hickory Aviation Museum for the addition of the plane.

“It’s extremely exciting for us to have this opportunity and to be able to add this plane to our museum,” Guess said. “I don’t know how many opportunities a person might have to be able to get this close and sit in, not only this aircraft, but the other ones the museum has as well. The Hickory Aviation Museum provides such a unique experience for everyone.”

Weisser explained that the Navy’s Blue Angels fly the planes all over the world, and they can sometimes be overlooked in larger cities.

“To bring it to a town like Hickory where it’s going to be a loved airplane and part of a wonderful museum… it’s the best spot,” he admitted. “Everyone appreciates the magnitude of what this means, and that’s important to us. We care about where we send these (planes) for their final spots.”

A new state COVID-19 alert system labels Alexander County among the 10 most at-risk locations for the virus.

The Blue Angel #5 F/A-18 BuNo 162411 will be demilitarized over the next few weeks and be added to the Hickory Aviation Museum.

The Blue Angel #5 F/A-18 BuNo 162411 arrived in Hickory on Friday afternoon after flying from Pensacola, Florida. 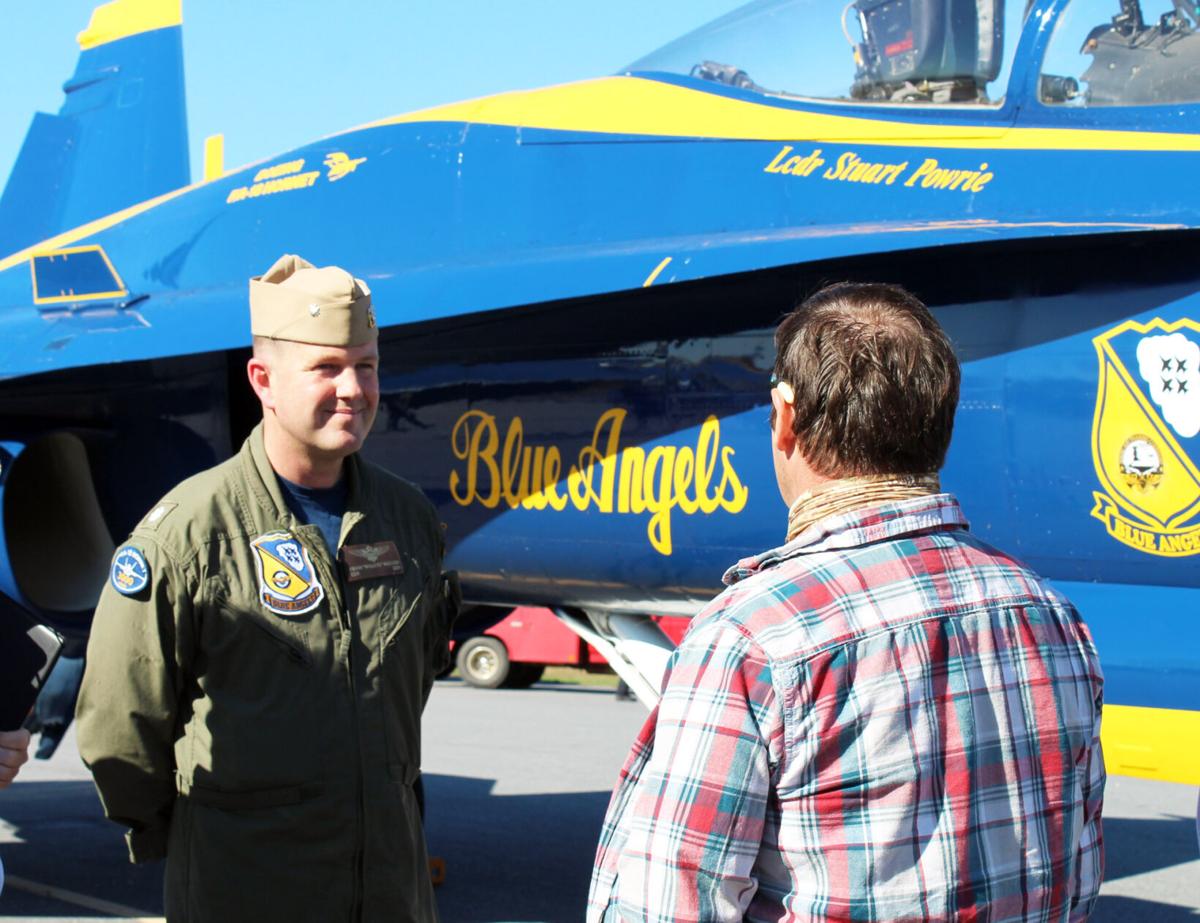 Blue Angels pilot Cmdr. Frank Weisser (left) flew the plane from Pensacola, Florida to Hickory on Friday. Here, he speaks with folks who watched him fly in.