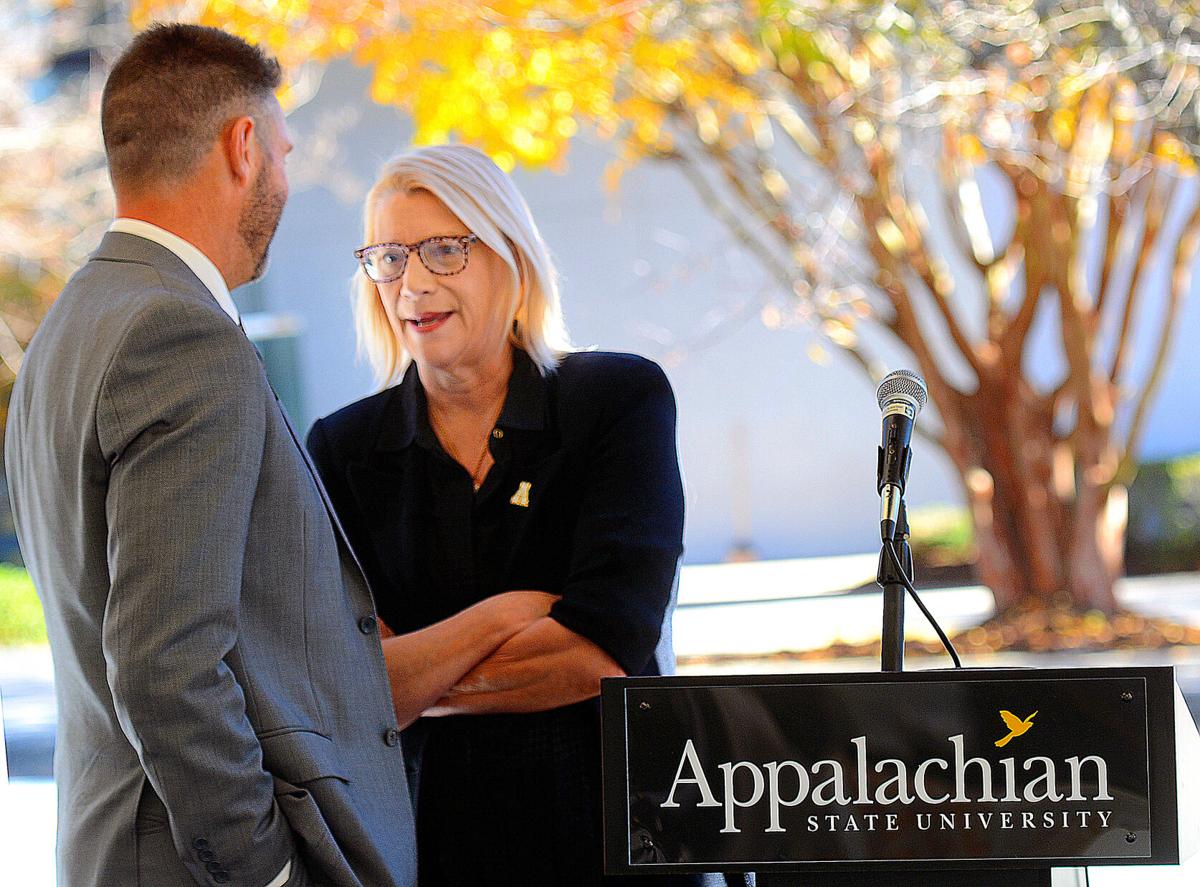 Appalachian State University Chancellor Sheri Everts, seen here with Catawba County Economic Development Corporation President Scott Millar, said she and other university leaders are excited about the amount of space in the former Corning building that will house the university’s Hickory campus. 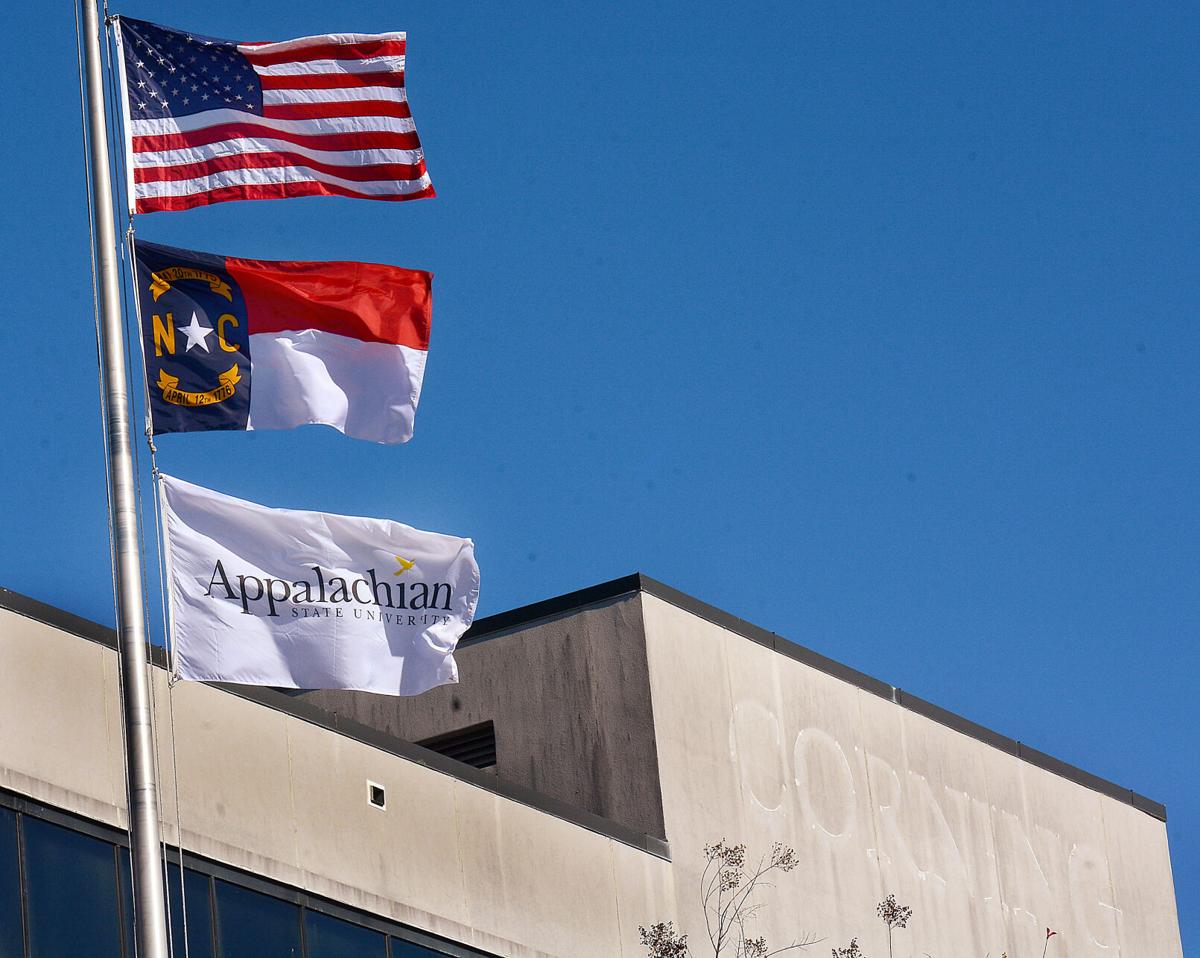 The Appalachian State University flag now flies over the site of the former Corning Optical Communications headquarters, which the university has purchased with the aim of turning it into an academic building. 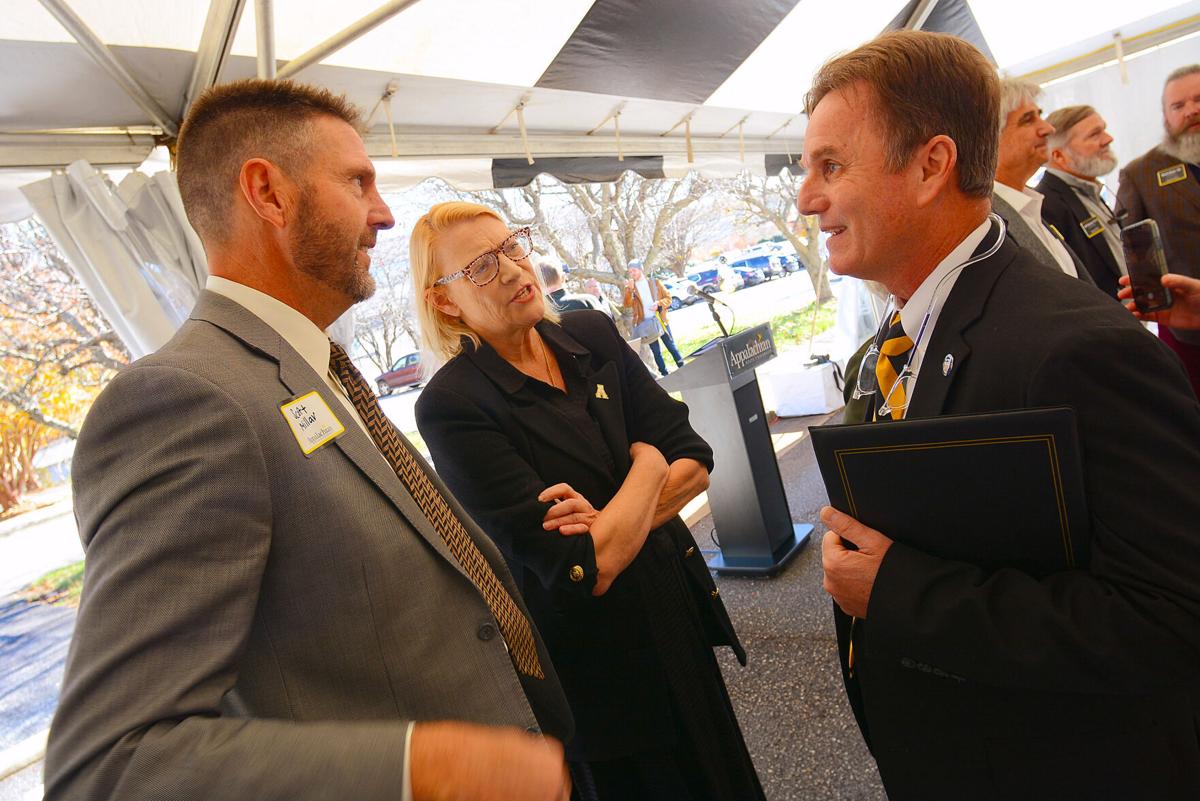 Appalachian State University will open a campus in Hickory in the large building off U.S. 321 that once housed the headquarters of Corning Optical Communications.

Speaking before a group of city, county, state and university leaders on Friday, App State Chancellor Sheri Everts said the university purchased the building that will house the new campus.

Everts spoke about how the university’s academic deans marveled at the size of the building during a tour that morning.

“They were all so excited about space,” Everts said. “That’s something we don’t have a great deal of on our Boone campus, so they are so excited.”

At five stories tall and nearly 226,000 square feet in size, Everts said the building is the largest to be part of App State.

The university purchased the building for a little more than $1 million. The total assessed value of the building and land is listed at $5.9 million on Catawba County GIS.

She said the university plans to hold a tour soon to announce details on the programs to be offered at the campus and the timeline for opening the building.

While the details of the specific offerings were not available, Everts provided some idea of the population the campus is intended to serve. “For those who want an App State education but choose to live and work in the Hickory area, for those who may have begun but not completed their undergraduate degrees, App State is here for you,” Everts said.

Everts credited two people from the Hickory area — former University of North Carolina Board of Governors member Leroy Lail and businessman and philanthropist Don Beaver — for their role in bringing the campus to Hickory.

Megan Hayes, the university’s associate vice chancellor and chief communications officer, said there are no plans now to make any changes with the Appalachian Center at Catawba Valley Community College. It offers elementary education and social work programs.

An information sheet handed out by the university at the event noted the limits of growth in Boone and the university’s focus on “areas that have growth capacity and market potential for both on-campus and online programs.”

In Hickory, the university has found a community whose leaders are eager for chances to grow and develop.

WHO designates new COVID strain Omicron as ‘variant of concern’

Appalachian State University Chancellor Sheri Everts, seen here with Catawba County Economic Development Corporation President Scott Millar, said she and other university leaders are excited about the amount of space in the former Corning building that will house the university’s Hickory campus.

The Appalachian State University flag now flies over the site of the former Corning Optical Communications headquarters, which the university has purchased with the aim of turning it into an academic building.