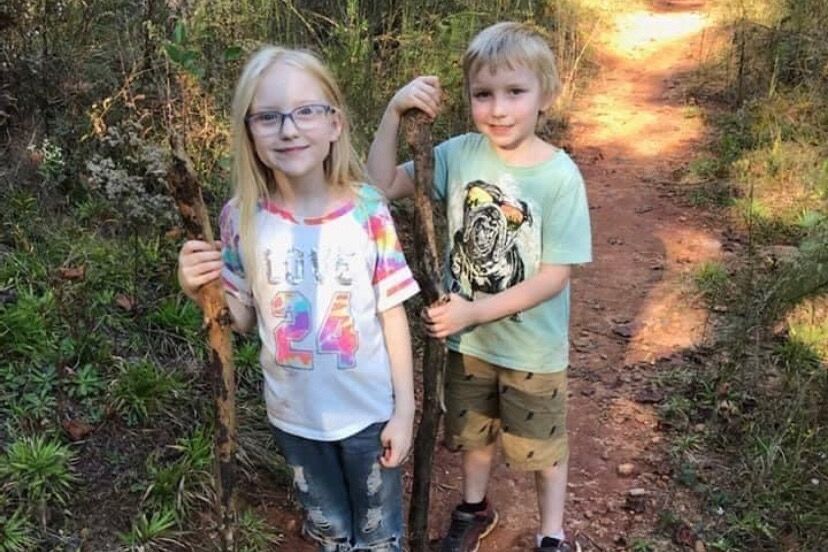 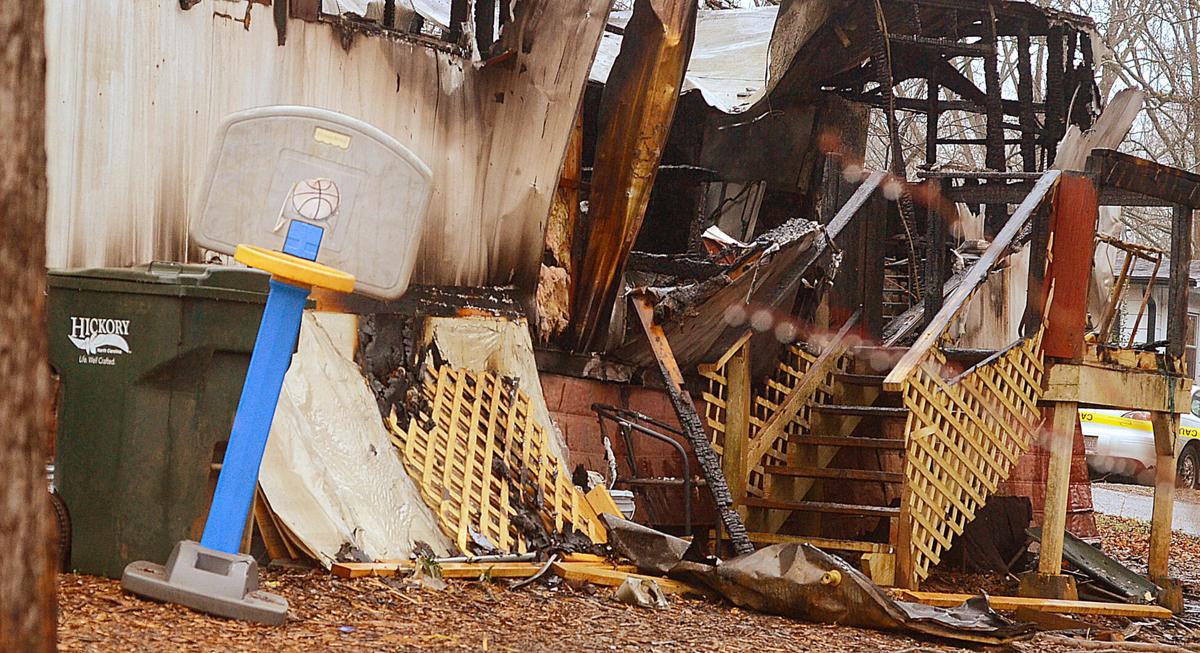 A child's basketball goal stands outside the mobile home where two children died in a fire Saturday afternoon. 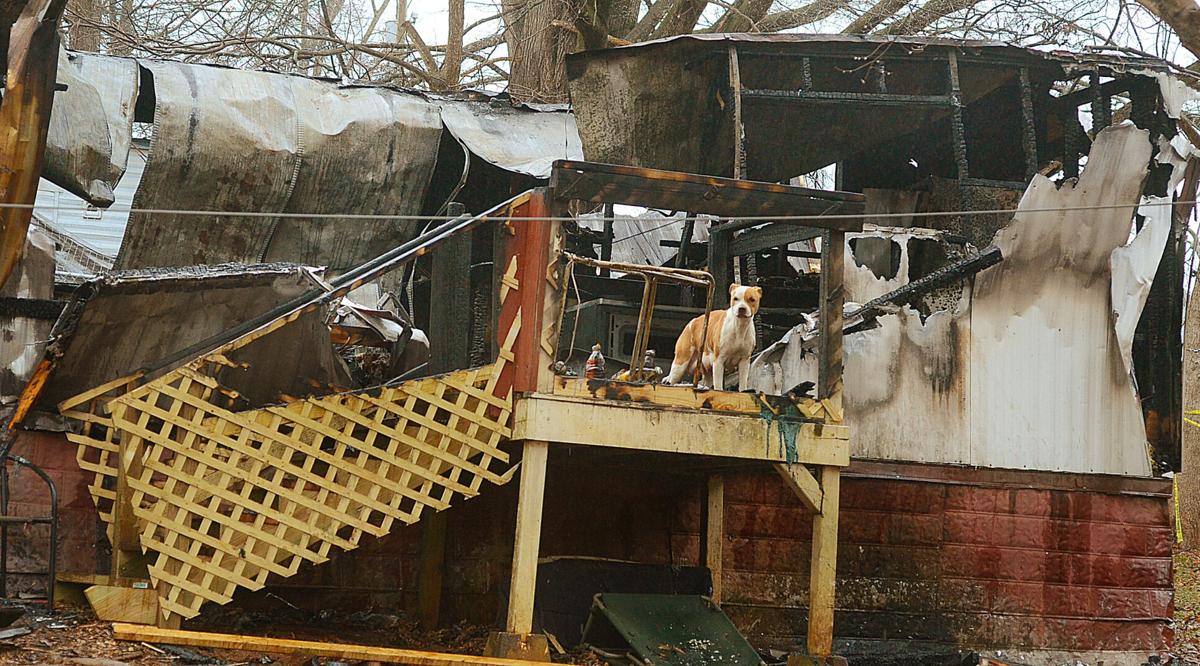 A dog stands guard at the mobile home where two young children died in a fire Saturday afternoon. 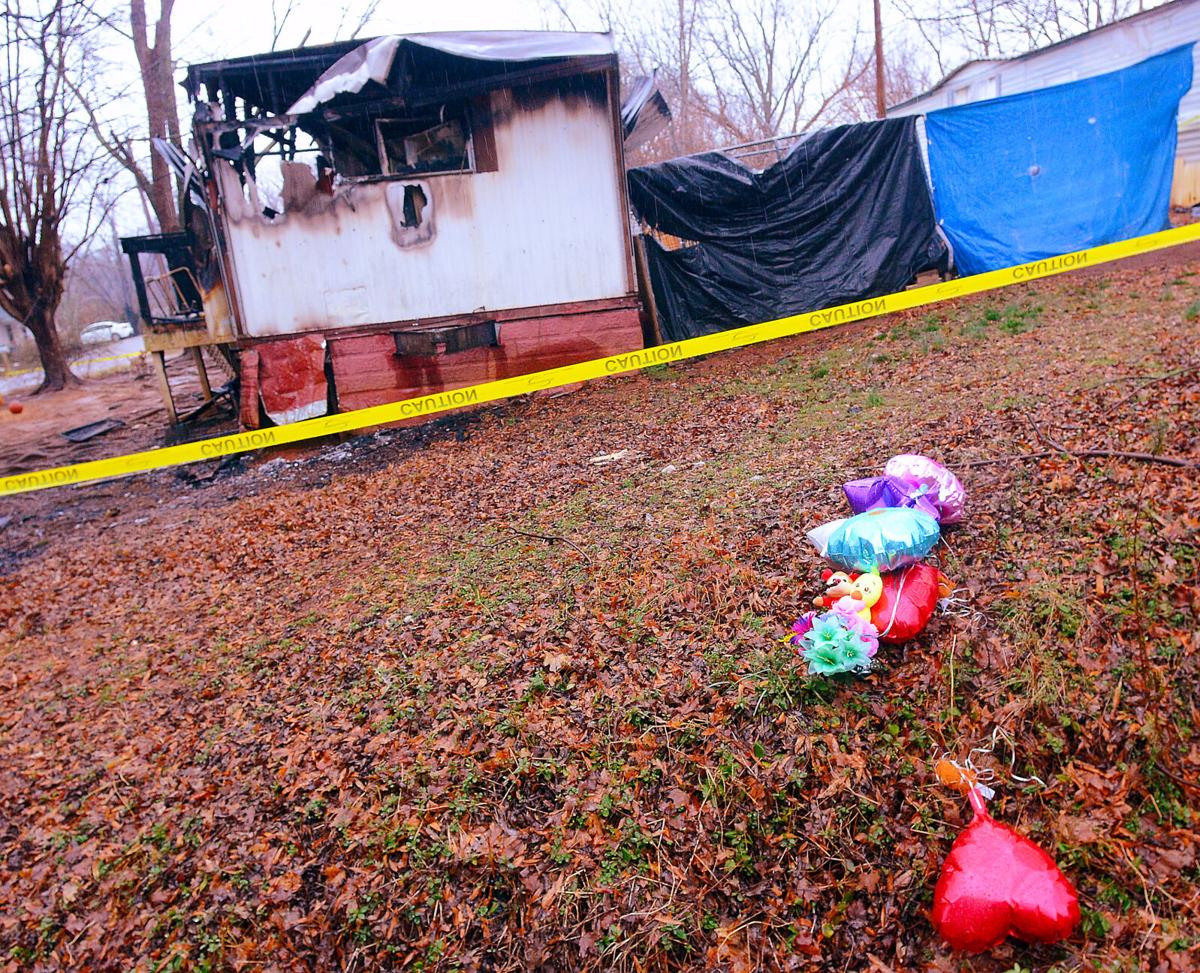 Memorial balloons on the ground outside of a mobile home where two young children died in a fire Saturday afternoon.

A vigil will be held in remembrance of Madison McClure, 8, and Kevin McClure, 7. The siblings died in a fire on Feb. 20 at a home on Seventh Avenue SW.

The fire was determined to be unintentional, according to Terri Byers, fire education coordinator for the Hickory Fire Department. The State Bureau of Investigation is still analyzing the scene.

A vigil will be held tonight in remembrance of the children at West Hickory Park starting at 6:30. The public is invited to attend.

LeAnna Beasley, long-time friend of the children’s mother, Becca Johnston, said in an email that Kevin was a fun-loving, goofy little kid. “…he could make you laugh easily, and Madison, she was miss mom and sassy. They were so full of life and they (were) the most polite kids ever.”

Snowden said the students are going about their school day as normal but can talk with these counselors at any time.

“We just want to be there for the children,” Snowden said.

In a post on the school's social media page, Principal Erin Sigmon said “It is difficult to accept the unexpected loss of such young children. Death strikes each of us differently based on our relationship to the individual we lost.”

Sigmon also encouraged anyone with questions or concerns to call the school at 828-324-8884.

“The students’ family and friends are suffering deeply,” Sigmon said. “Please keep them in your thoughts and prayers.”

Snowden said the family lost everything in the fire and are in need of help. A GoFundMe page was set up to help raise money for the funeral expenses of the children and other needs the family has.

Snowden said cash donations will also be accepted at Southwest Primary School and will go directly to the family.

Two children were killed in a fire that ravaged a home in southwest Hickory Saturday afternoon.

A child's basketball goal stands outside the mobile home where two children died in a fire Saturday afternoon.

A dog stands guard at the mobile home where two young children died in a fire Saturday afternoon.

Memorial balloons on the ground outside of a mobile home where two young children died in a fire Saturday afternoon.