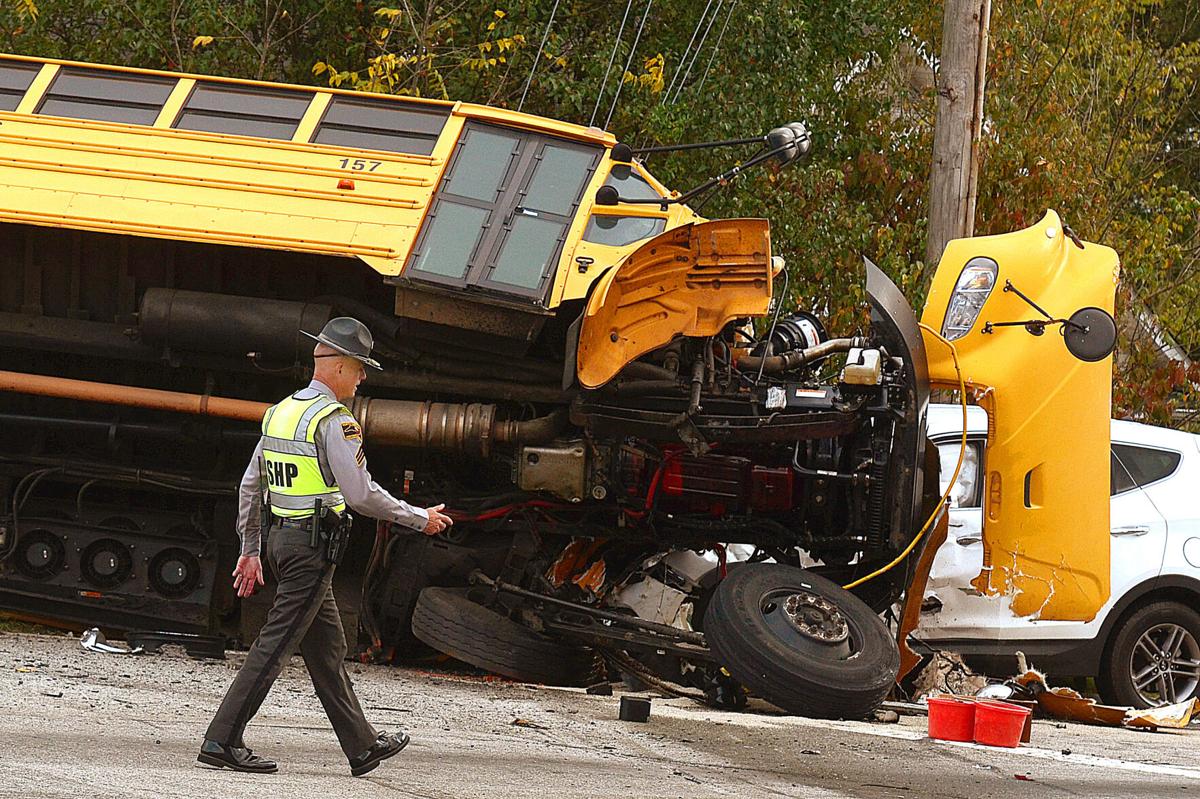 A state trooper surveys the scene of a fatal three-vehicle wreck on N.C. 16 Thursday afternoon involving a school bus from Bandys High School. 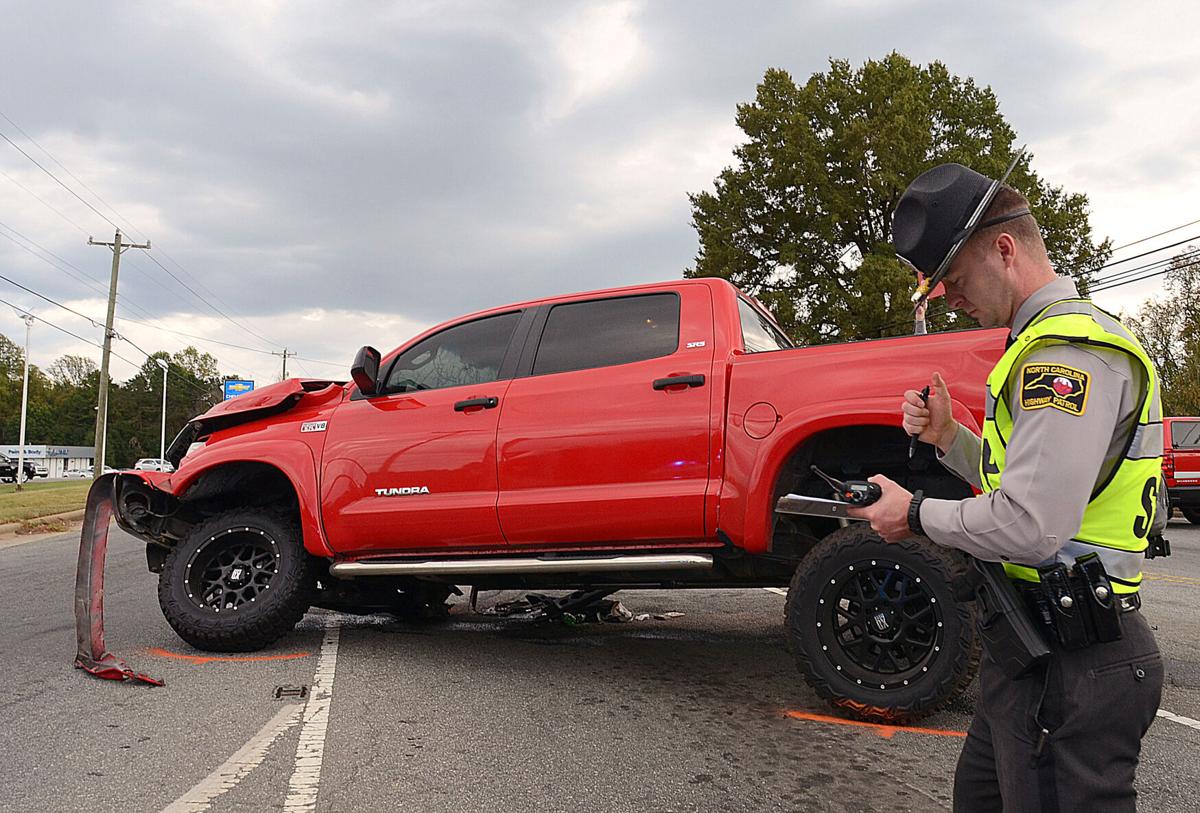 A state trooper takes notes at the scene of a fatal wreck Thursday. The driver of the truck, a Newton man, died in the crash.

When a truck and a school bus collided at an intersection in Newton on Thursday afternoon, the crash was severe enough to kill the truck driver and tip over the school bus.

There were no children aboard the bus. The last student rider left the bus moments before the wreck.

Newton resident James Lee Willis, 41, died after he ran a red light and hit the bus at the intersection of N.C. 16 and East P Street Extension near the Dale Earnhardt Chevrolet dealership on Thursday afternoon, Master Trooper Jeff Swagger said. Willis was not wearing a seatbelt at the time of the crash, Swagger said.

The force of the collision tipped the bus over onto a nearby Hyundai. Both Priscilla Prevette, the 50-year-old driver of the bus, and Julia Jolly, the 71-year-old driver of the Hyundai, were taken from the scene with non-life-threatening injuries, Swagger said. Prevette was released from the hospital around 7:30 p.m. on Thursday.

The school is thankful her injuries were not life-threatening and that no students were on the bus at the time of the accident, Maynor said.

“Mrs. Prevette has been a bus driver since 1992. She began as a bus driver at Bunker Hill High School,” Maynor said. “She has never been in an accident previously. This month marks her 30th anniversary as a bus driver.”

Along with working as a bus driver, Prevette has worked as an exceptional children’s teaching assistant for 11 years at Bandys High School.

Students who ride on Prevette’s bus were grateful that she was OK and expressed concern and sadness for the other people involved in the accident. Several of her former bus riders have shared prayers on social media, Maynor said.

“Mrs. ‘Cissy’ Prevette is one of the kindest and most genuine individuals you would want to ever meet. She has a heart of gold and is the first to offer help to those in need. She is well respected by her peers and is an asset to our Exceptional Children (EC) Department and our entire school,” Maynor said.

A state trooper surveys the scene of a fatal three-vehicle wreck on N.C. 16 Thursday afternoon involving a school bus from Bandys High School.

A state trooper takes notes at the scene of a fatal wreck Thursday. The driver of the truck, a Newton man, died in the crash.