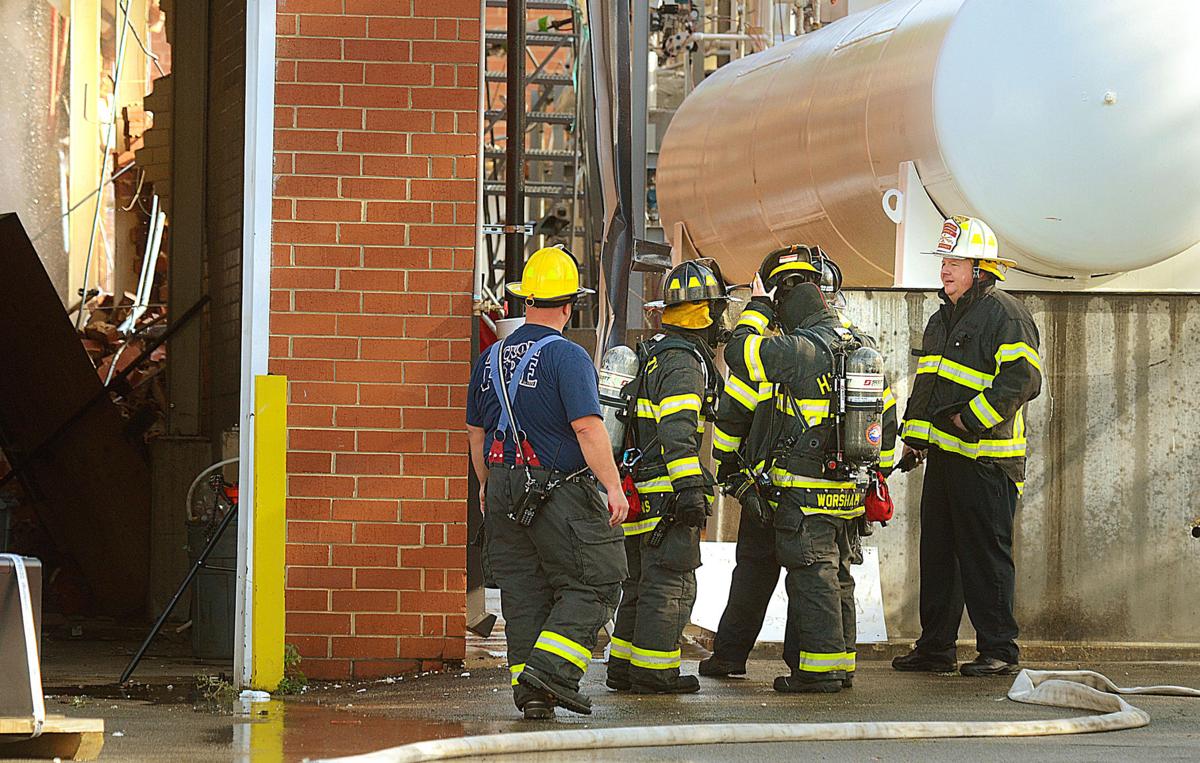 Hickory firefighters survey the site of an explosion at the OneH2 plant in Long View in this photo from April 7, 2020. The explosion left a hole in the wall of the building that’s visible to the left of the firefighters. 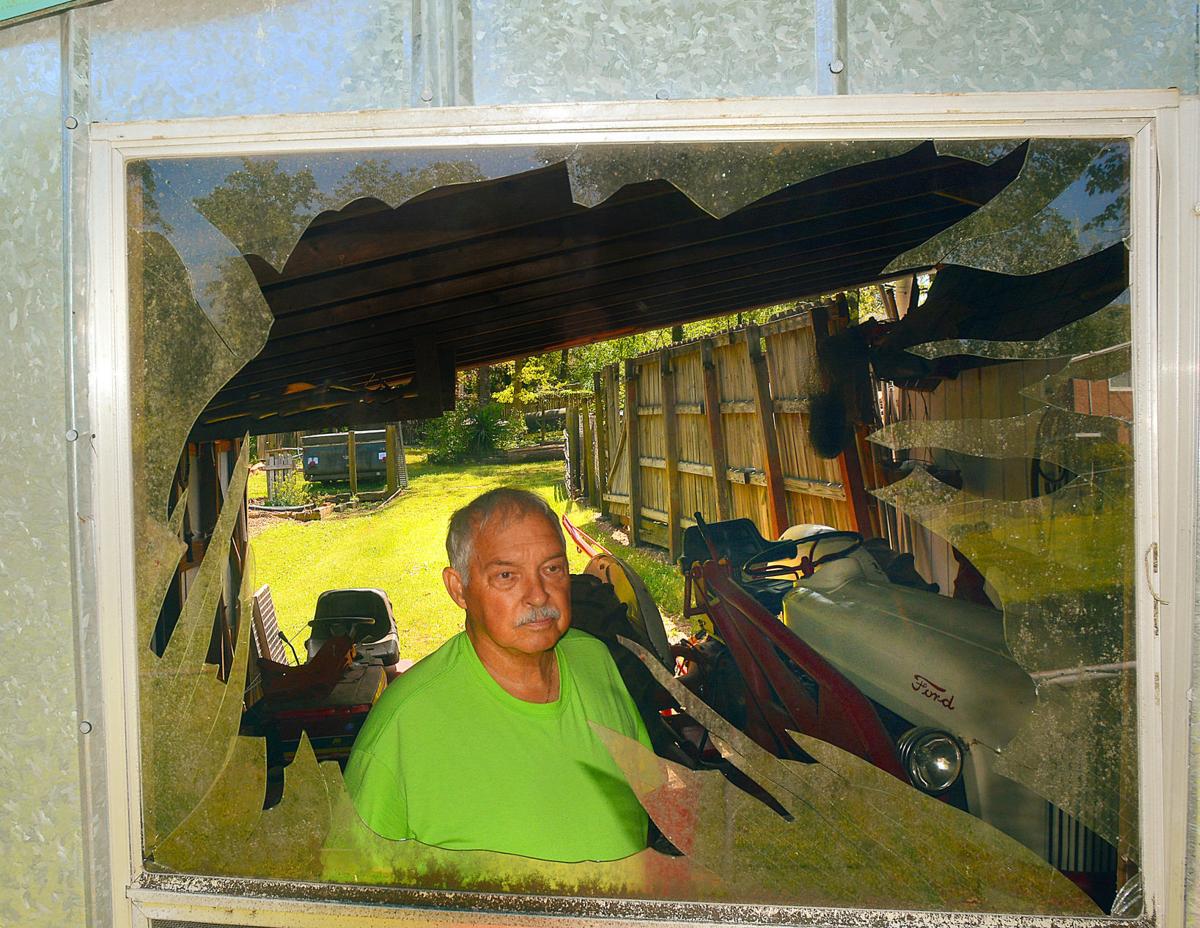 Julious Smith of Long View examines a window in his tractor shed that was shattered by an explosion at the OneH2 fuel plant. The photo is from April, 2020.

A year ago, homes were damaged in Long View when the community was rocked by an explosion at the OneH2 hydrogen plant.

The most severe consequences of the blast were felt in the residential neighborhood where the plant is located. Many residents reported a heightened sense of anxiety in the aftermath.

Doris Bolick was home at the time of the explosion.

“All the pictures started flying off the wall, light fixtures wobbling,” Bolick said at the time. “It was terrifying. I’ve never experienced anything like it before and hope I never do again.”

Charlotte attorney Larry Serbin is representing some of the residents in discussions with OneH2. No lawsuit has been filed, according to Serbin. He declined to provide specific details on the talks.

Residents started a petition calling for the relocation of the plant that has garnered nearly 1,600 signatures.

A year later, the company is still operating in the neighborhood.

Catawba County investigators were unable to determine the cause of the explosion.

OneH2 CEO Paul Dawson said internal reviews are still going on within the company but that there has “certainly been no conclusion — even remote conclusion — that hydrogen is involved.”

The Long View plant is the company’s principal manufacturing site for hydrogen-related equipment.

Dawson said the company has been restored to about 95% of what it was prior to the explosion. He added that growing interest in electric vehicles has been positive for the company.

“We were flattened for the better part of six to nine months but as we started to come back online the market really has got behind us,” Dawson said.

He said the company had moved hydrogen-producing equipment behind a blast wall at another part of the site in the interest of caution.

Dawson said the company had reached out to people in the community to explain what it does and described the relationship between the company and at least some of the neighbors as positive.

Biden: US and China in race over electric vehicles

A woman was seriously injured when a residence was struck by bullets in Newton on Thursday night.

Analyst: Unemployment benefits not the only factor in labor challenges

On paper, the economic picture for Catawba County looks good when it comes to jobs.

Hickory firefighters survey the site of an explosion at the OneH2 plant in Long View in this photo from April 7, 2020. The explosion left a hole in the wall of the building that’s visible to the left of the firefighters.

Julious Smith of Long View examines a window in his tractor shed that was shattered by an explosion at the OneH2 fuel plant. The photo is from April, 2020.