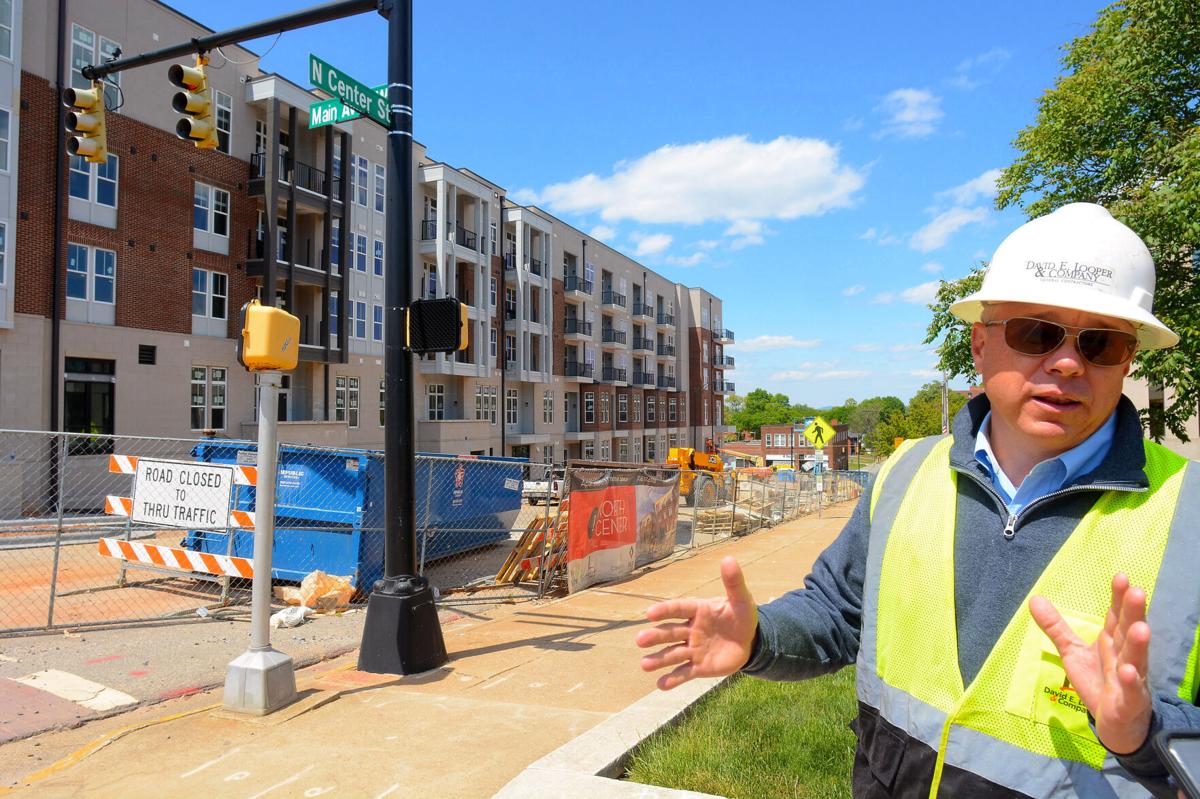 Roger Young of David E. Looper & Co. describes his hopes for the impact the One North Center development will have on downtown Hickory.

A lounge near the rooftop at One North Center will offer residents a view of Hickory and the mountains. 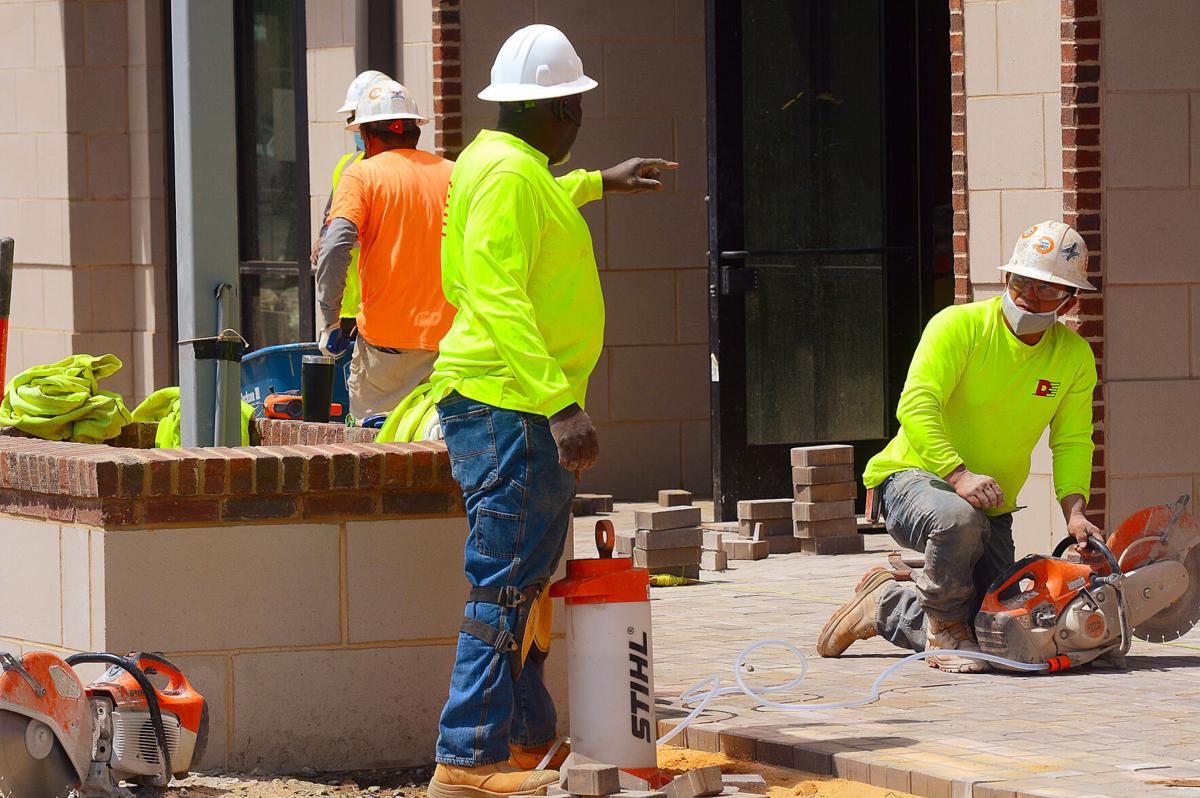 Workers continue construction on the exterior of the One North Center project as it nears completion.

The courtyard of the One North Center complex will be open to both residents and the general public. 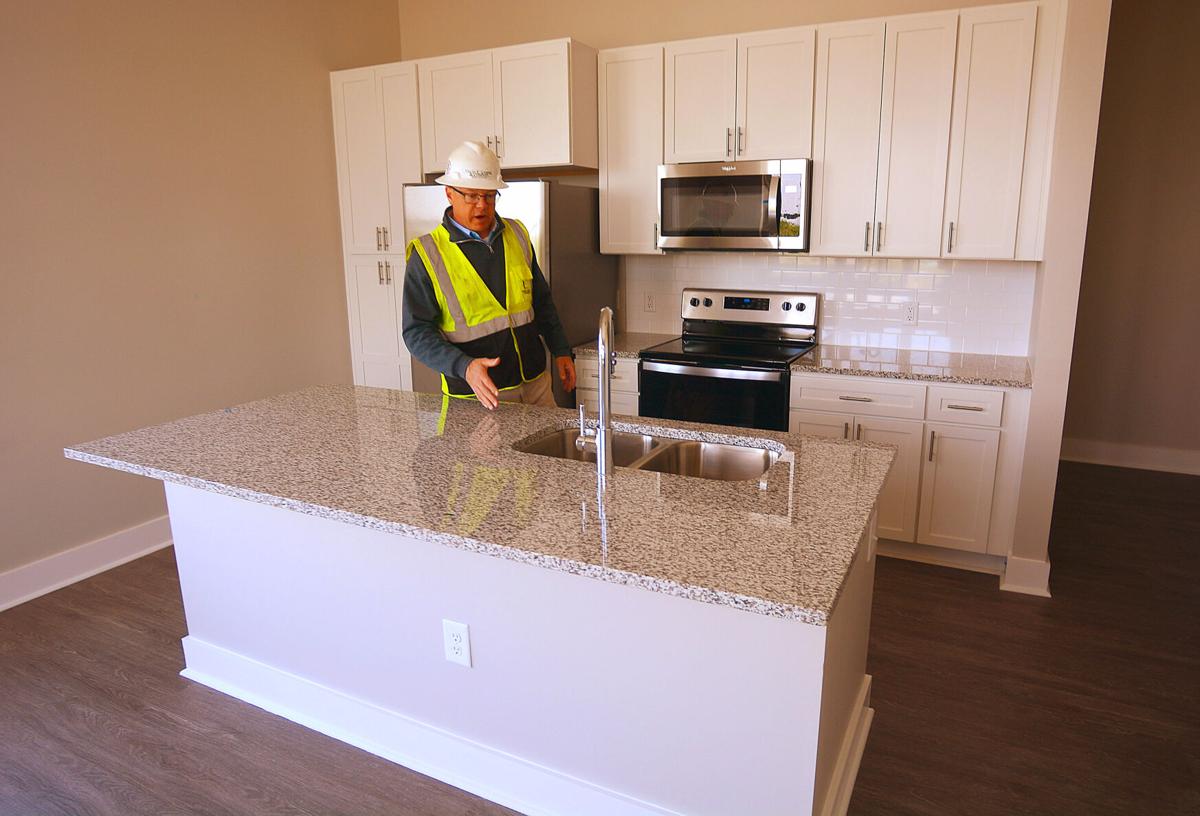 Work on the One North Center development in downtown Hickory is entering its final stages.

Roger Young, president of David E. Looper & Co., said more than 60% of the complex’s 95 apartments are leased, and tenants are on schedule to move in by the end of May.

These three businesses will occupy all but about 1,110 square feet of the commercial space and are expected to open later this summer and in the fall.

Workers began transforming the parking lot at the corner of North Center Street and Main Avenue into an apartment building and commercial space in October 2019.

The month before, the Hickory City Council voted to provide $3.5 million for the project. The funding mainly went to make site improvements required for the construction.

Young said the company has had an interest in the downtown area for years and that the city’s recent initiatives such as the City Walk — which runs alongside the development — were a factor in their decision to pursue the project.

Lounges, including one near the roof with a view toward the mountains, and a fitness center are among the amenities available to tenants.

“This building in and of itself is equivalent to anything that you’re going to see in Charlotte, Savannah, Charleston, Raleigh,” Young said. “It’s in downtown Hickory. It’s got the amenities that you would see in a facility in one of those similar locations.”

He said he hopes that the presence of such a development in Hickory might convince some people who commute to work in Hickory that they could find a good quality of life living in the city.

The development also includes 58 parking spaces at the top of a parking deck, and Young said the developer will be adding around 30 on-street public spaces around the complex.

Residents and people connected with the businesses at One North Center will have 106 reserved spaces below the structure.

There will also be a courtyard just off the parking deck that will be accessible to the public, Young said.

While the courtyard may be closed off for private events in some cases, it will be open most of the time with hours similar to a public park.

Cuomo: NYC transit workers must get jab or test

A Hickory woman is dead after being struck by a vehicle early Saturday. Police are seeking the driver of that car.

A Hickory man was charged after the fatal hit-and-run of Brianna Nicole Page on Saturday.

Catawba County saw nearly double the number of COVID-19 cases this week, following a trend of rising case numbers. The increase is potentially…

A $20,000 reward has been offered in connection to a 2020 Hickory murder case. The reward is listed on at least two billboards, including one …

Roger Young of David E. Looper & Co. describes his hopes for the impact the One North Center development will have on downtown Hickory.

A lounge near the rooftop at One North Center will offer residents a view of Hickory and the mountains.

Workers continue construction on the exterior of the One North Center project as it nears completion.

The courtyard of the One North Center complex will be open to both residents and the general public.