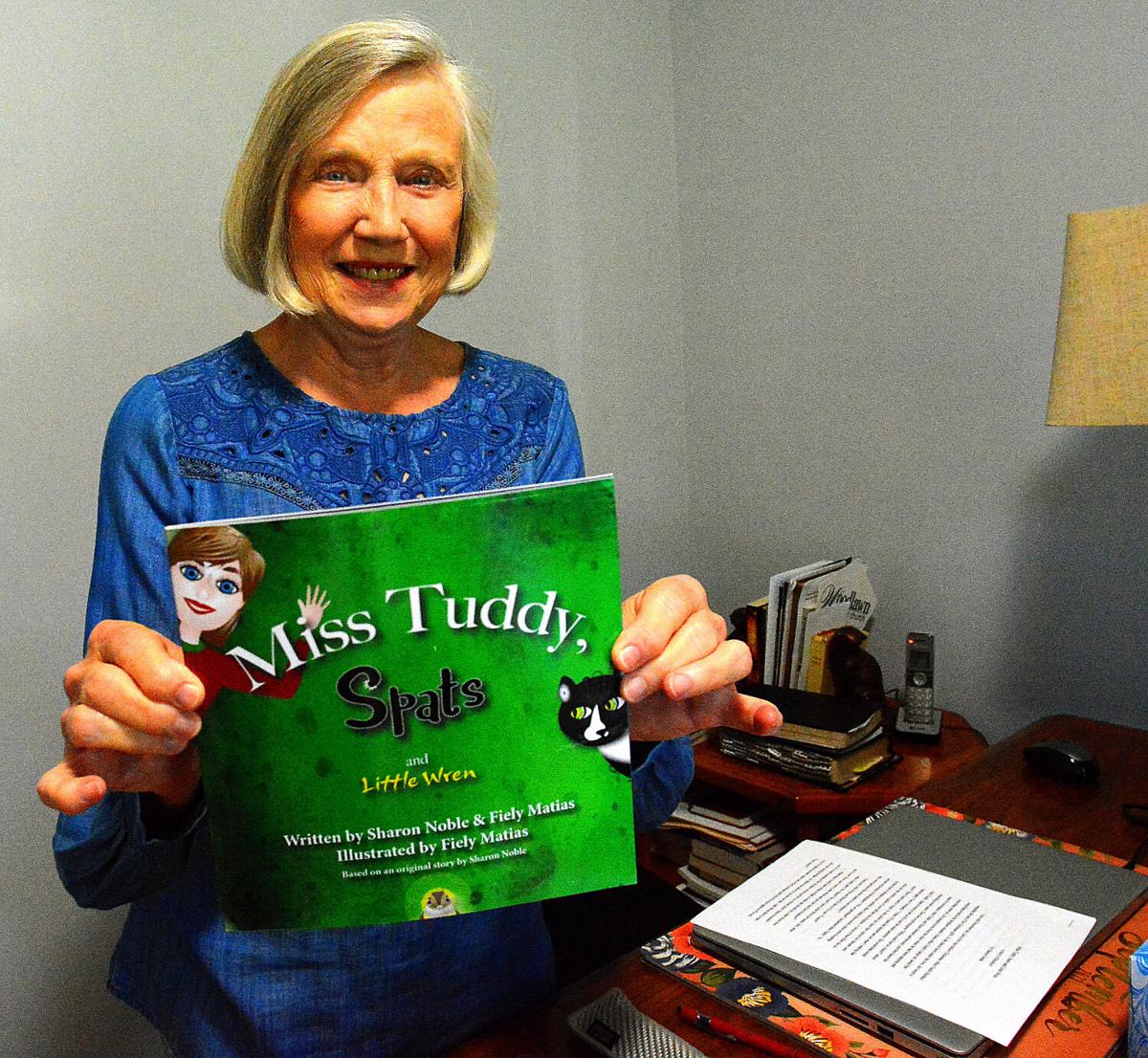 Sharon Noble displays a copy of her new book “Miss Tuddy, Spats and Little Wren.” The story was written nearly 20 years ago but published in the last month. 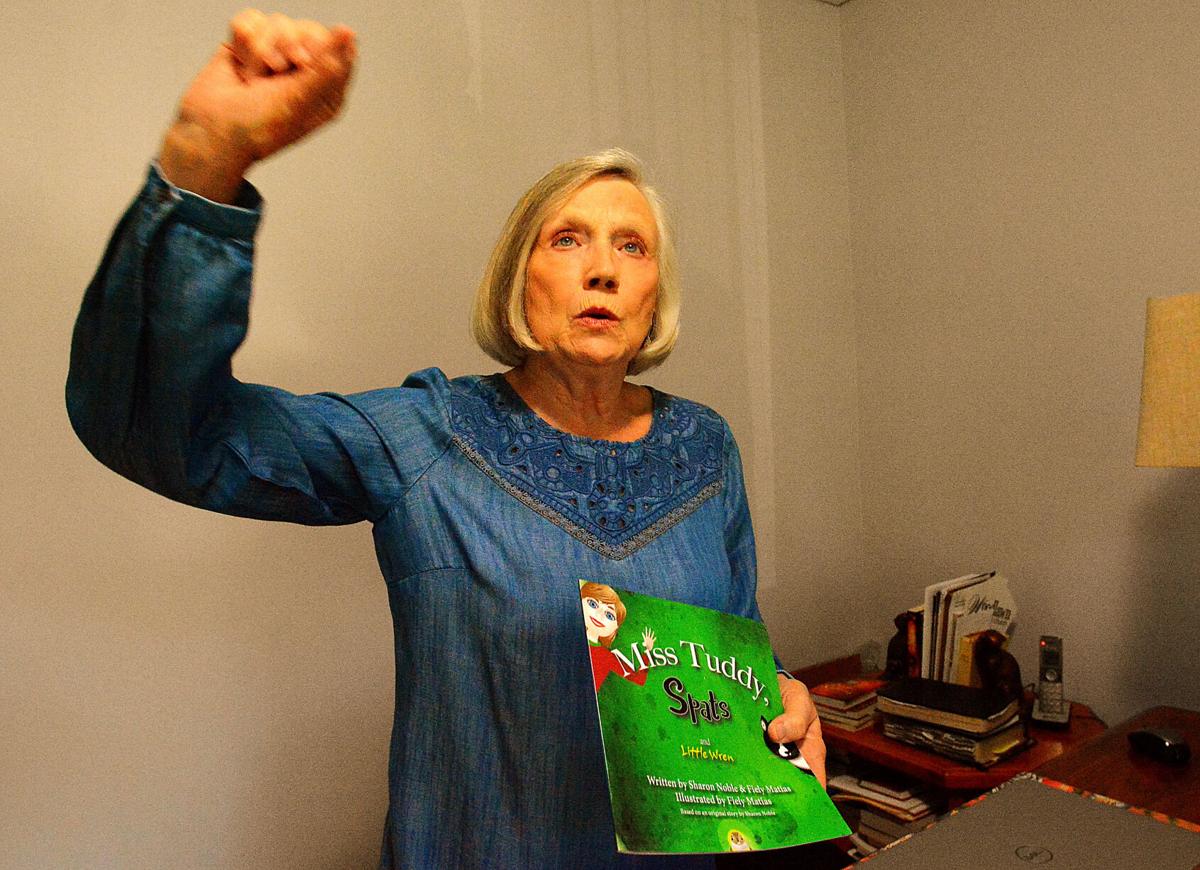 Sharon Noble displays a copy of her new book “Miss Tuddy, Spats and Little Wren.” Noble describes how the wren flew through her home as Spats the cat was chasing it.

Nearly 20 years have passed since Sharon “Tuddy” Noble first wrote about a particularly memorable encounter in which she saved a small bird from the clutches of her cat.

In her own words, the story languished in her desk for that period. With some help from her husband Oliver, the draft found its way to Redhawk Publishing based at Catawba Valley Community College.

The story was published as a children’s book last month under the title “Miss Tuddy, Spats and Little Wren.”

Noble, a 75-year-old Hickory resident, recounted the events that inspired the story.

She was wrapping presents a few days before Christmas in 2000 when she heard a scratching noise in the chimney.

Noble opened the damper and out fell some black soot and a small wren. Spats, Noble’s black-and-white cat, ran after the bird which flew away, first to a house plant and later to a bookshelf.

To protect the wren, Noble took Spats into a room but apparently forgot to latch the door. The cat found its way back into the room with the bird and continued its pursuit before Noble put him back in the room and ensured the door was secure.

Noble opened a backdoor and, after taking a break to eat some cat food, the bird made its way out of the house.

“I still get cold chills when I remember that little wren,” Noble said. “It looked back at me like, ‘Thank you for my freedom,’ and it flew away.”

Noble decided to put the story in writing following 9/11. She said wren’s desperate search for freedom resonated strongly with her in the wake of the attacks.

“The whole theme is freedom,” Noble said. “Freedom is precious. Freedom is so important to us, and we don’t think about it. We take it for granted I think sometimes.”

To get the story in a publishable form, Noble worked with Oregon-based artist Fiely Matias.

Noble said it was gratifying to finally see the book published.

The experience has also inspired Noble to look through the half dozen or so stories she has written over the years but never published, stories that deal primarily with animals.

“The other stories, I would have to reread and figure out if there’s any way, what we might could do with it,” Noble said.

Sharon Noble displays a copy of her new book “Miss Tuddy, Spats and Little Wren.” The story was written nearly 20 years ago but published in the last month.

Sharon Noble displays a copy of her new book “Miss Tuddy, Spats and Little Wren.” Noble describes how the wren flew through her home as Spats the cat was chasing it.