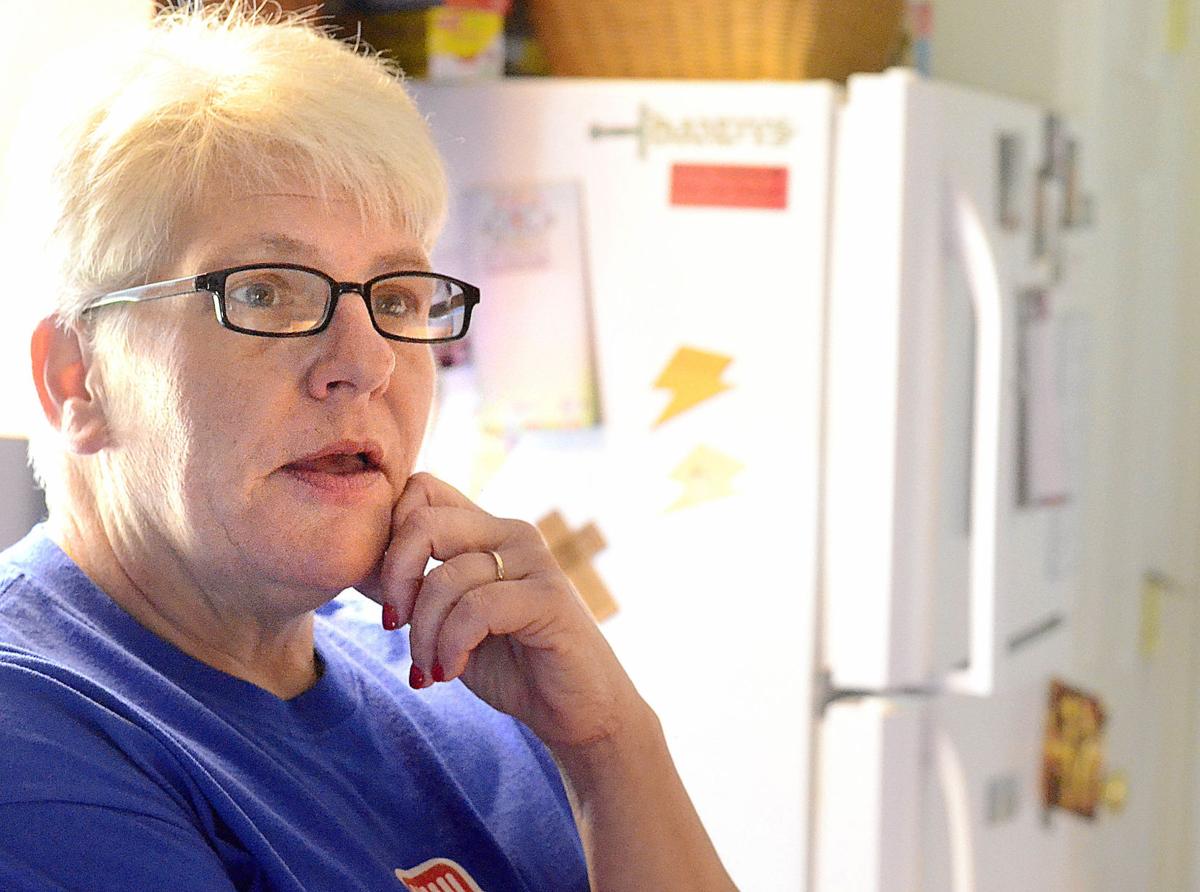 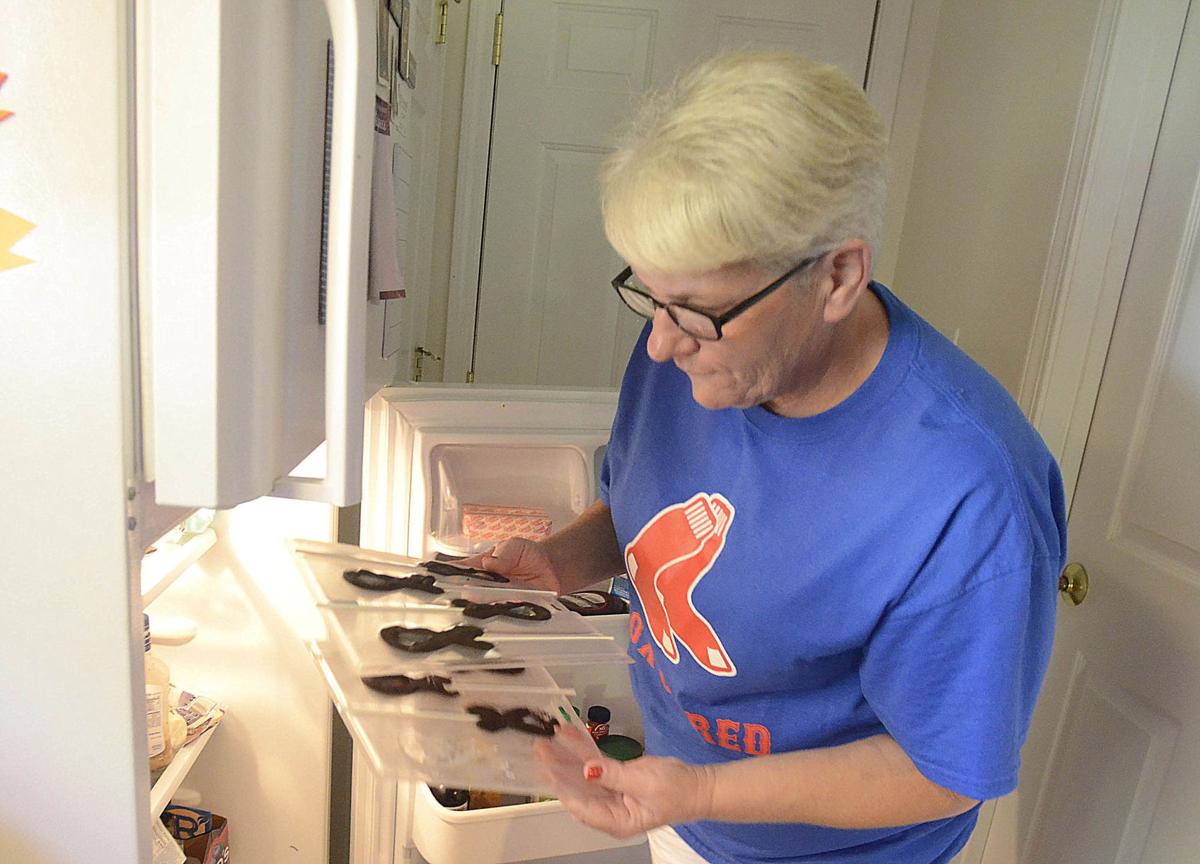 ROBERT C. REED/HICKORY DAILY RECORD: Anji Dean removes chocolate ribbons from her refrigerator as she prepares for a Relay for Life fundraiser. 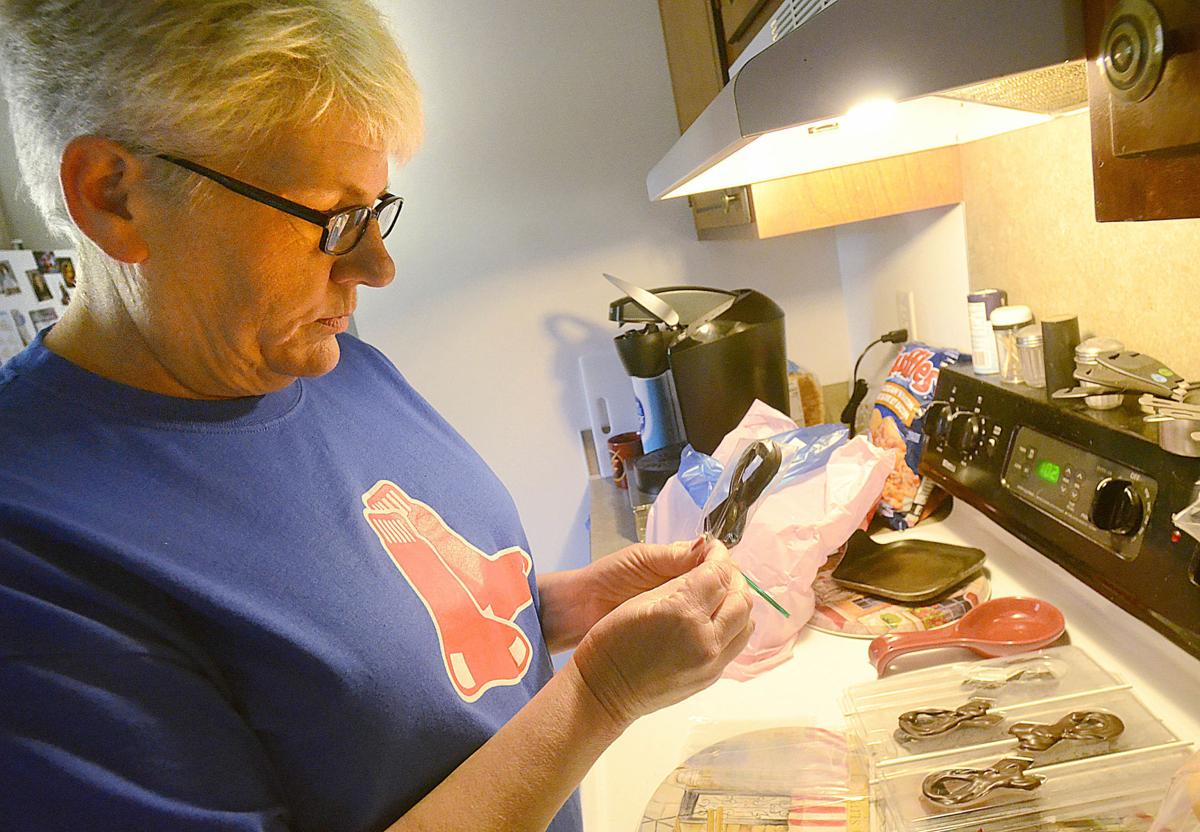 From her involvement with Relay for Life to volunteering at her church, Dean, 51, has what she calls a “voluncareer.”

“I make a career out of volunteering, because there’s just so much that needs to be done,”  Dean said.

Through her passions for giving back and music, Dean, a native of Plattsburgh, N.Y. who has lived in Catawba County since 2001, found her purpose.

Here are 5 things you should know about Dean:

Her husband’s fight with cancer inspired her to become involved with Relay for Life.

Anji Dean and her husband, Carl, returned from a cruise celebrating their 20th wedding anniversary when they got bad news.

Carl Dean was diagnosed with tonsil cancer. At first, Anji Dean was devastated but soon was compelled to take action.

“But after we talked through it, I immediately went into business mode,” Anji Dean said.

“What do I need to do to fix this? Because that’s just the way I do things.”

Carl Dean credits his wife for helping him get through his fight with the disease.

“She took me everywhere,” Carl Dean said. “She got all the information she needed and she took care of doctors, bills and everything.”

Carl Dean was declared cancer-free in October 2017, but Anji Dean continued her efforts on behalf of cancer patients and their loved ones via Relay for Life.

She started out running as a “team of one” in 2016, but now is the captain of an 11-member team at her church, Bethlehem United Methodist.

Anji Dean takes pride in the fact that her team is made up of “survivors and caregivers” and that most of the proceeds from their efforts benefit people in the area.

Anji Dean has also left her mark on the local programs through her idea to have her team design the luminary bags that line the track at the American Legion Fairgrounds during Relay in honor of those affected by cancer.

Her team has a night shortly before the main Relay event where they get together to make the bags and bond over their experiences.

Anji Dean designs the labels for the bags herself.

She has been arrested for her cause.

Anji Dean’s dedication to Relay is so strong that it has landed her in the back of the police car.

Earlier this year, Anji Dean’s Relay team and another Relay team were raising money at a food truck and craft fair in Claremont.

To spur the fundraising efforts, Anji Dean and the other captain asked the Claremont police to handcuff them and put them in the back of a police car until they raised at least $100.

“I was very Jerry Maguire yelling out the window, going, 'Show me the money!'" Anji Dean said.

Anji Dean works as the church administrator at Catawba United Methodist Church, and she has gone beyond the requirements of the job, Pastor Steve Shytle said.

Several years ago, a boy in the church was diagnosed with leukemia. Shytle wanted to do something for the family and suggested holding a “Dancing with the Stars”-themed fundraising event.

Anji Dean reached out to prominent people in the community about the idea, but they were not interested in dancing, Shytle said.

Anji Dean suggested changing to an “America’s Got Talent” theme instead, Shytle said.

The revamped concept was well-received by the community and raised more than $10,000, Shytle said.

Anji Dean said she had only been working at the church for six months at the time and was deeply moved by the struggle of the young boy and his family.

Anji Dean said she inherited the “singing gene” from her mother and has put the talent to use singing in the church, theater and at special events.

At one point, shortly after she moved to the area, Anji Dean reached the semifinal round of a Charlotte-based singing competition show.

However, for reasons she never quite understood, the show was not aired.

Anji Dean hasn’t given up her television ambitions yet, though. She’s seriously considered trying out for “The Voice.”  “I’d like to be on Team Blake, because I think Blake could really hone whatever country-gospel I got in me,” Anji Dean said.

She found her sense of purpose through music.

Though she has now found her purpose through her charitable and artistic outlets, there was a long time when Anji Dean felt she didn’t have a purpose.

Part of it sprang from her perceptions of her brother and sister, who both served in the armed forces.  In comparison, she felt inferior.

That feeling changed when she received a revelation during an Easter show.

“When I sing, I hope people enjoy it, but that’s usually my time with God and we have conversations and it was then he revealed to me, you know what, what you’re doing right now is the reason why you’re here and that’s when the light bulb went off,” Anji Dean said.

Since she has come to view her singing ability as a gift from God, Dean said she has become more selective in how she uses her gifts.

“It’s not, 'What about me?'" Anji Dean said. "It’s what can I do to minister to somebody else to make them feel a little bit closer to God, and I don’t take that for granted.”

What: Relay for Life

What: Fundraiser for American Cancer Society

Israel strike in Gaza destroys building with AP, other media

Israel strike in Gaza destroys building with AP, other media

A woman was seriously injured when a residence was struck by bullets in Newton on Thursday night.

Investigation into shooting in Hickory continues

Hickory police are investigating a shooting that occurred at a residence on the corner of 16th Street NE and 17th Avenue NE on Tuesday.

ROBERT C. REED/HICKORY DAILY RECORD: Anji Dean removes chocolate ribbons from her refrigerator as she prepares for a Relay for Life fundraiser.