Subscribe
Read Today's E-Edition
Share This
Lily of The Valley: alternative band emerges during the pandemic; Hickory show on Friday is graduation celebration
0 Comments
Share this
1 of 5 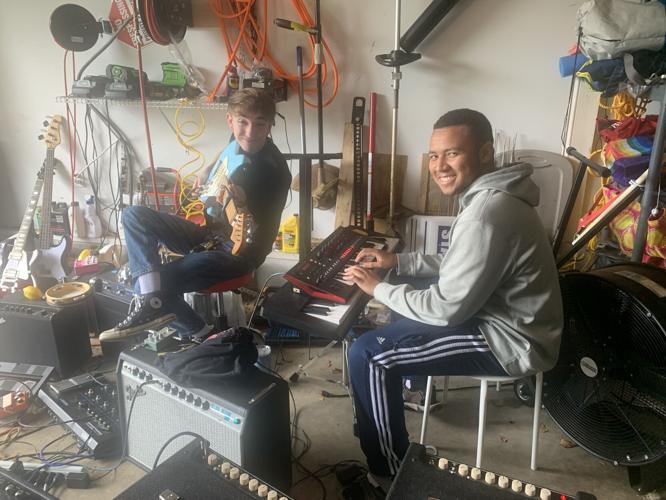 Guitarist Will Elliott and keyboardist Jaiden Ramseur of Lily of the Valley. 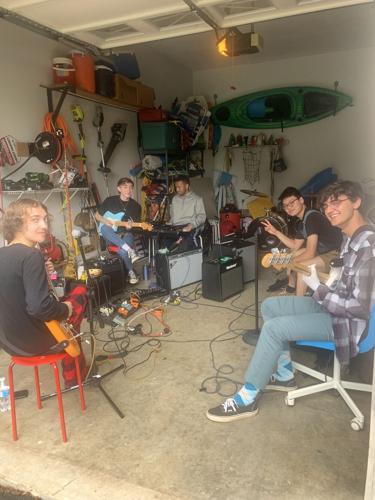 Lily of the Valley rehearsed for the band's upcoming show at the hum. 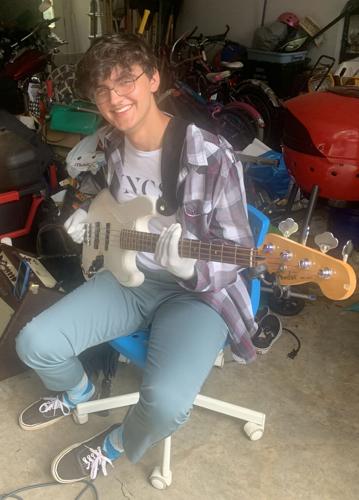 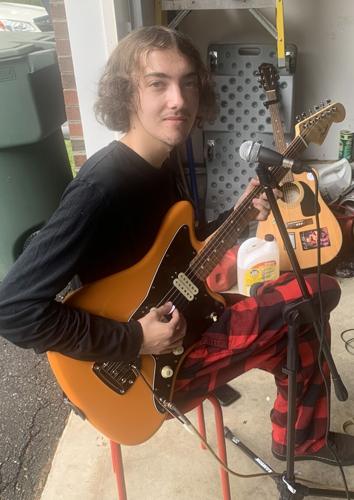 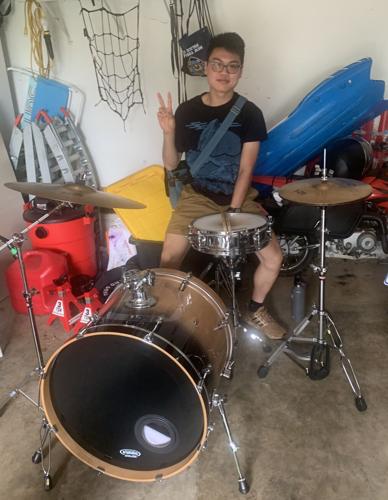 The performance, called Lilypalooza, will be hosted by the hum in Hickory. The show also will include performances from No Choppin’ Out and Will Elliott. All attendees under 18 get in free, and adults pay $10 to enter.

The free pass for people under 18 was because the band did not want their friends to worry about paying. They just wanted them to come and celebrate with music.

The alternative band from Conover stepped into the spotlight during the pandemic with their performance in the 2021 Newton-Conover Variety Show. That’s where the band covered the song “Caribou” by the Pixies. After receiving positive feedback, the band was inspired to continue practicing and performing. The band performs originals and covers.

Band members are Cole Larson, on bass and vocals; Abram Hilton, on rhythm guitar and lead vocals; Will Elliott, on guitar; Jaiden Ramseur, on keyboard; and Tyler Dinh, on drums. All but one of the band members, Dinh, graduated from high school this year.

Lead vocalist Abram Hilton came up with the name “Lily of the Valley” in reference to the television show “Breaking Bad,” and bassist Cole Larson said he also liked it. Now people know them by the name so Larson said he doesn’t think they will ever change it.

After the band rehearsed “Dead Birds Come in Twos,” a song that Abram Hilton wrote, guitarist Will Elliott said he is glad to get together to play music.

“These kids made it through high school during a global pandemic by using music as their coping mechanism,” Larson’s mother, Jessica, said.

Larson was involved in marching band at Discovery High School, but once that was stripped away due to COVID-19, his mother said he was devastated. Cole would spend hours in his room playing guitar, and he and Abram both started writing music.

Their music helped them navigate the dark times a lot of young people faced during the pandemic, Jessica Larson said.

When COVID-19 restrictions were lifted, the band was able to build a fan base by playing at different venues. Lily of the Valley has performed at the Discovery High School junior and senior prom, Catawba Valley Brewing Co. and Hickory’s Got Talent, where Cole Larson and Abram Hilton won second place.

Bassist Cole Larson, who was in the classical guitar program at the UNC School of the Arts, said he is excited to see where the band takes them. He said he believes the upcoming show will be a great opportunity for the band to showcase their talent and songs.

Larson will attend Appalachian State University in the fall. He said he plans to study music composition and theory. He is a recipient of the Hayes Young Artist Scholarship for guitar, and he said he will play guitar in the Marching Mountaineers, App State’s marching band.

Drummer Tyler Dinh attends Belmont University and said he has been playing the drums since he was 5. Dinh said he wants to pursue a career in the music industry. He said he wants to work to get the band’s original songs mixed and mastered.

Guitarist Will Elliott and keyboardist Jaiden Ramseur of Lily of the Valley.

Lily of the Valley rehearsed for the band's upcoming show at the hum.