Whisnant’s law enforcement career spans 30 years. He has served in the Hickory Police Department since 1993. Whisnant has been the Hickory police chief since July 1, 2016, after Tom Adkins retired from the position, according to a release from the city of Hickory.

Whisnant’s last day will be Jan. 31. Whisnant’s replacement was not announced in the release.

“It has been such an honor to serve my entire career here in my hometown of Hickory,” Whisnant said, according to the release. “Hickory is a special place because of the extremely dedicated men and women who serve at (the Hickory Police Department) and also our community that gives us overwhelming support and provides us with an outstanding work environment.”

During his tenure, Whisnant served in various roles within the department and was promoted through the ranks, serving as the division commander for the patrol, criminal investigations and support services divisions. He served as deputy chief of police before his appointment as chief of police. As police chief he led the department’s authorized force of 122 sworn officers and 35 civilian workers, the release said.

“I am grateful to everyone, especially my family, who has supported me through the years,” Whisnant said. “I look forward to my next chapter and I am confident that with the leadership in place, we will continue to see great things from the men and women of the (Hickory Police Department.)”

Whisnant received his bachelor's degree from Appalachian State University in 1993. In 2007, he was nominated and selected to attend the prestigious FBI National Academy in Quantico, Virginia, where he graduated as part of the 230th session, the release said.

“Thurman has been an integral member of the city staff and has led his department with integrity, humility, and innovation,” Hickory City Manager Warren Wood said in the release. “One of his strongest traits is the ability to establish and maintain effective communications and rapport with fellow staff, management and citizens, plus the various community partners and local, state and federal law enforcement agencies. He leaves our community stronger and safer, and his legacy will continue through Hickory Police Department’s excellent service to our citizens.”

In September 2021, Everything Attachments owner Ted Corriher spoke of his excitement about the future of his company.

Pole dance instructors: The biggest misconception is that people think we are training strippers.

Police are asking the public for information on the whereabouts of a Hickory man wanted in connection to the disappearance of a Catawba County man.

An Alexander County Schools employee is charged with assaulting a student.

Dolphins have been helping these Brazilian fishermen for nearly 150 years

Dolphins have been helping these Brazilian fishermen for nearly 150 years 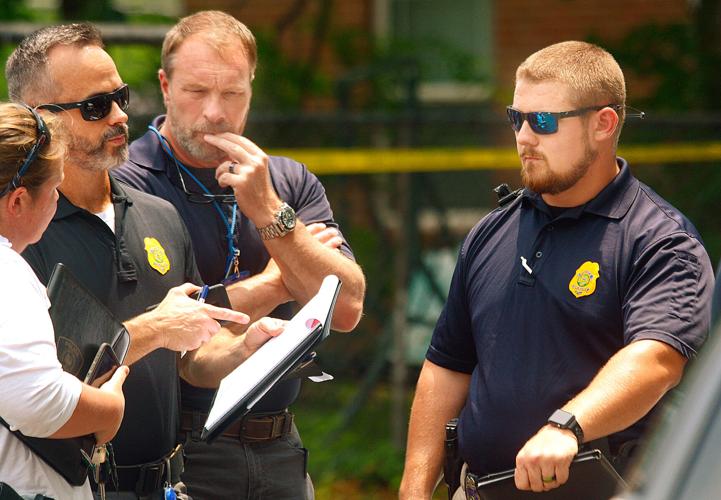 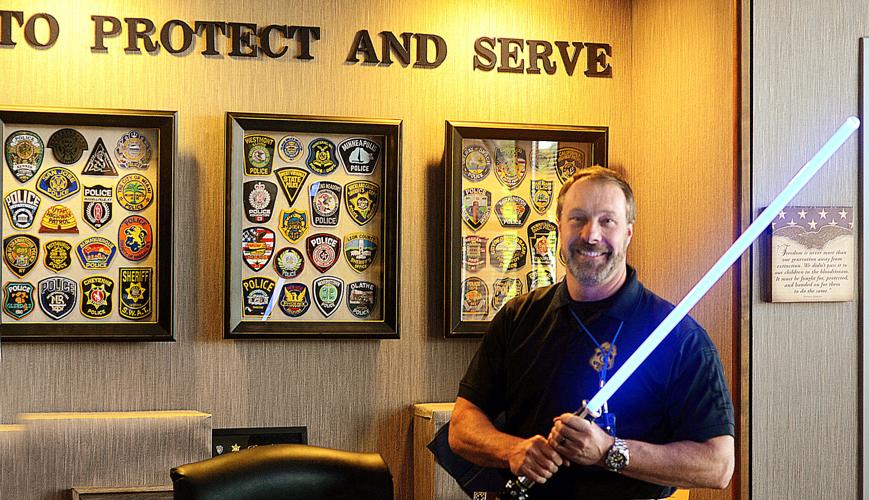 Hickory Police Chief Thurman Whisnant stands with his Star Wars lightsaber in his office in this photo from May 2022. 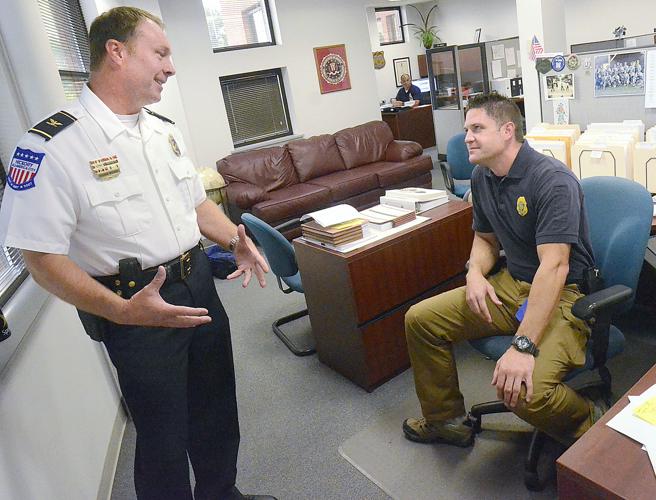 Hickory Police Chief Thurman Whisnant talks with Investigator Jeff Pruett as he starts his first day as chief in July of 2016.