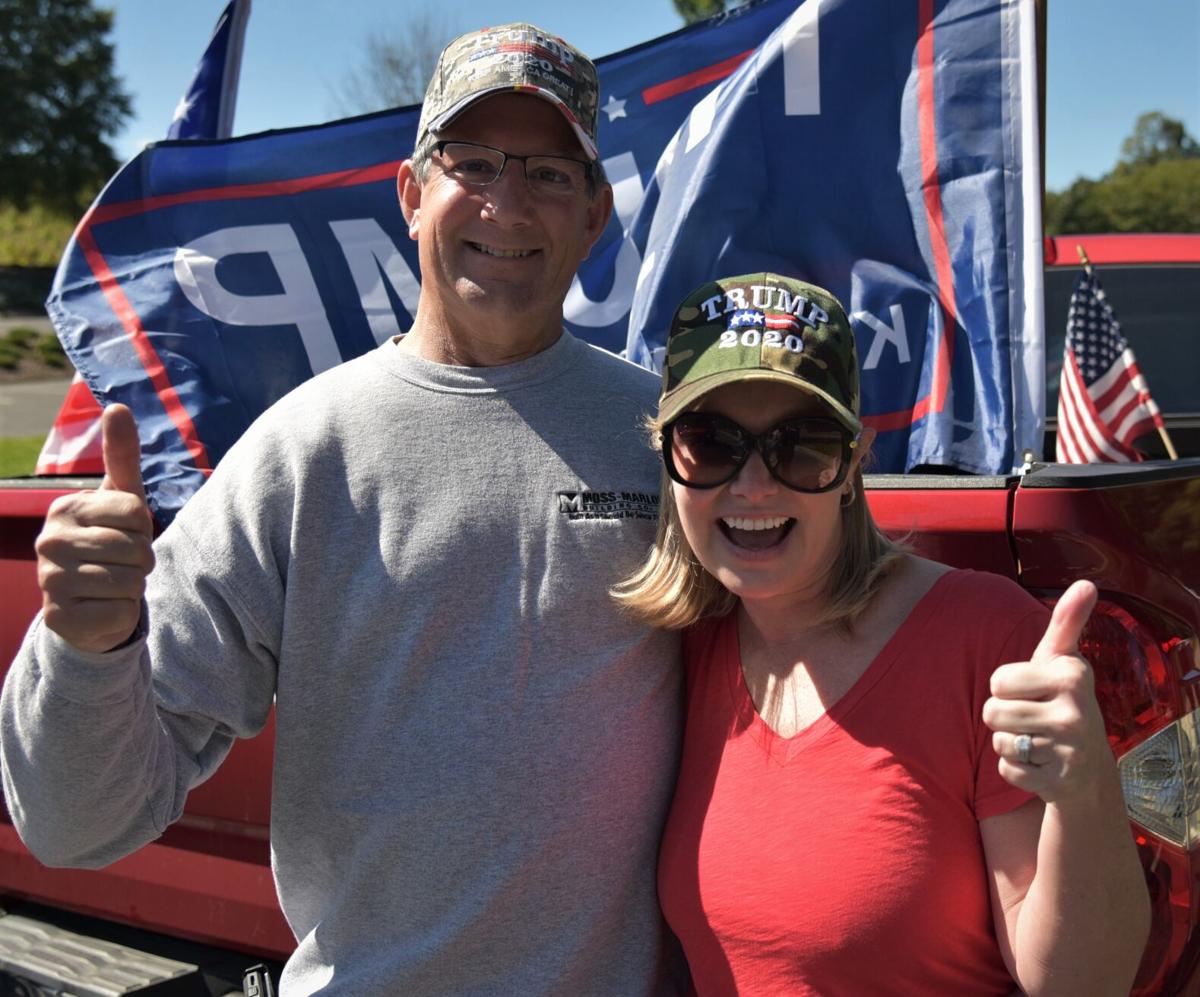 Enthusiastic supporters of President Donald Trump gathered Sunday for a ride from Hickory to Wilkes County. 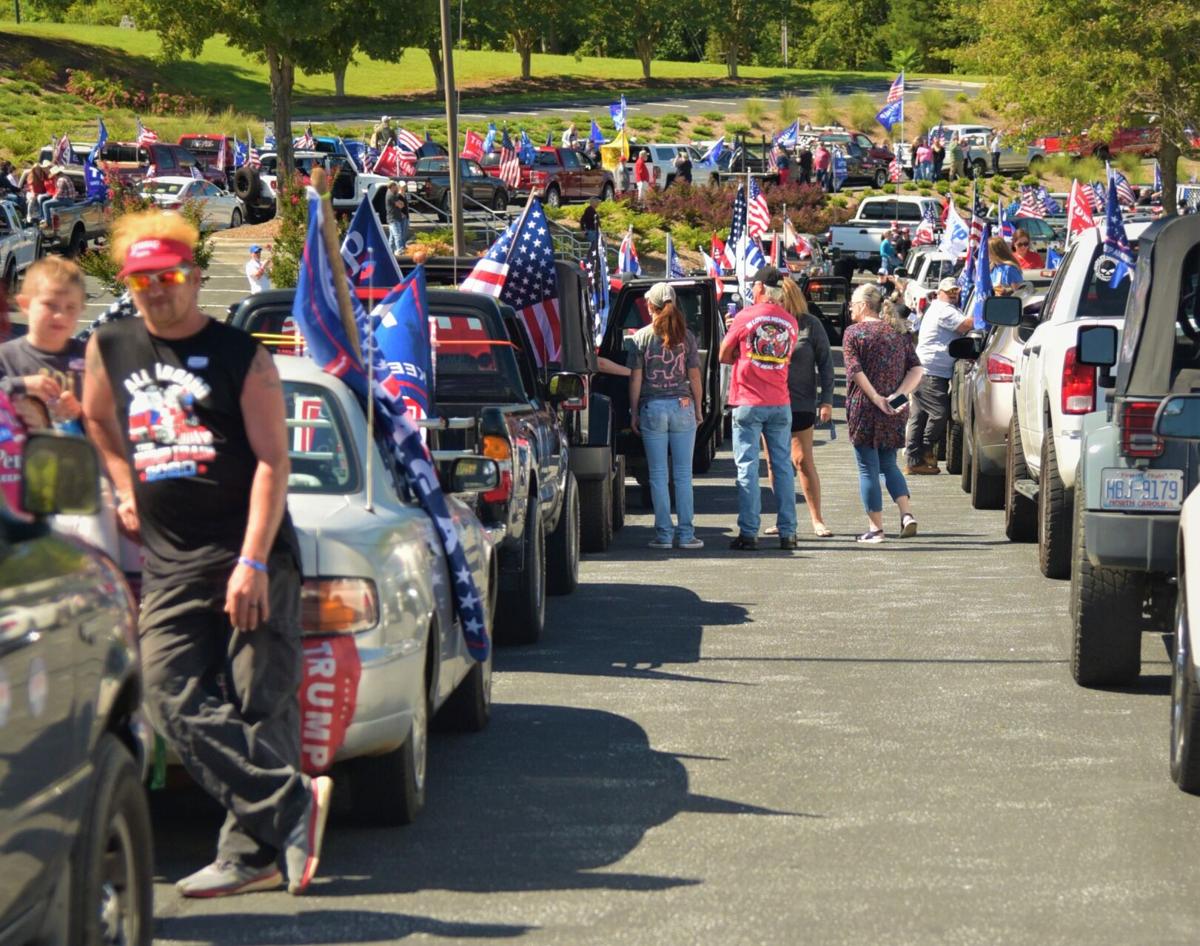 An estimated 1,000 vehicles participated in the Trump Road Rally Sunday that began in Hickory at the city's L.P. Frans stadium. The stadium is also home of the Hickory Crawdads minor league baseball team. 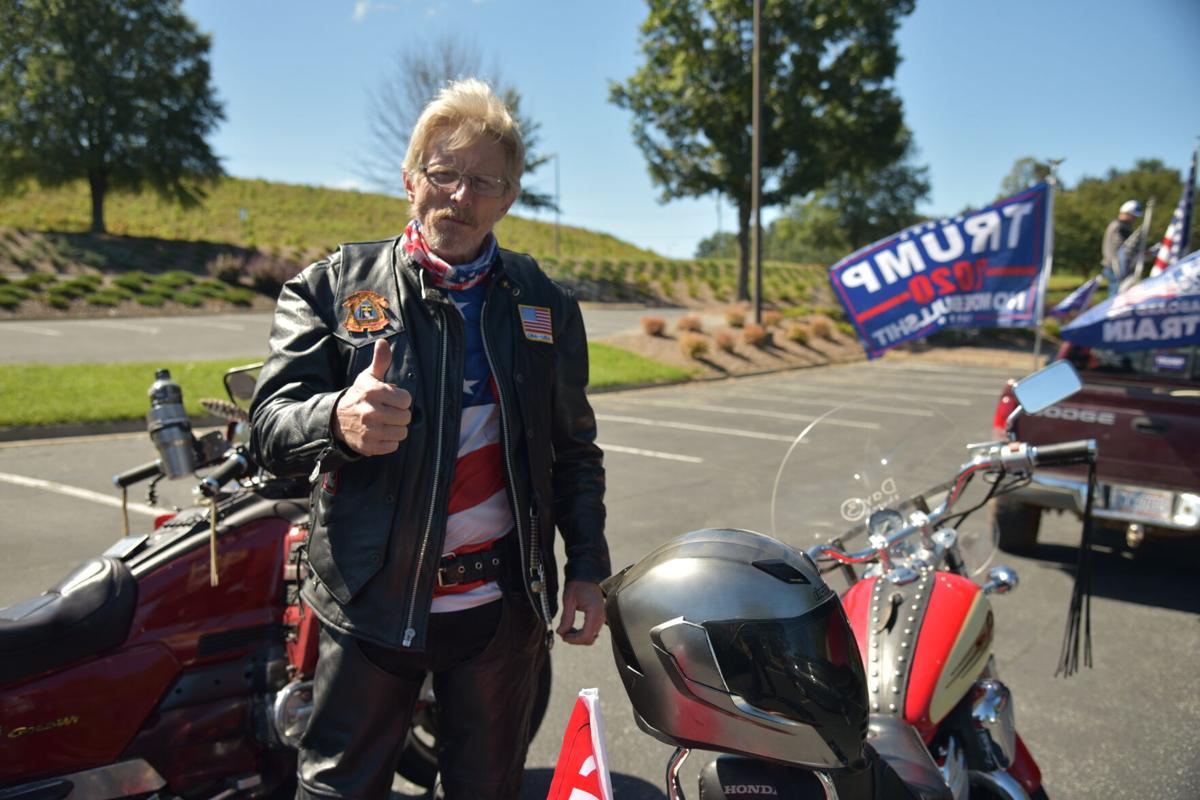 The Trump Road Rally that was organized in Burke County and rolled through Hickory Sunday was open to all types of vehicles, including motorcycles.

The Trump Road Rally organized by the Burke County Trump Victory group took hours to roll along its route, organizer and volunteer Gina Walker-Bailey said. Their goal was to get their voices out into the community and encourage support of Trump in the coming election, she said.

“We wanted to show our support for the president in a proactive way,” Walker-Bailey said.

The group organized a road rally in August as well, which snaked through Burke County along Highway 70. This time, they wanted to expand their reach to other counties and towns, Walker-Bailey said.

“This time the biggest difference was we just wanted to cover another area, not just Burke is in support of our president,” she said. “We wanted to just make our voices heard.”

The Aug. 30 parade drew 600 cars. This time, it was about 1,000, the Hickory Police Department estimated. Walker-Bailey estimated 3,000 cars showed up.

The group gathered at L.P. Frans Stadium at 3 p.m. on Sunday, where people were able to meet local Republican candidates, gather for a prayer and hear the national anthem sung, Walker-Bailey said.

“It was just full of good energy and positivity,” she said.

While the event drew some criticism online, it was met with little resistance, Walker-Bailey said. Along the parade’s path, people cheered from the side of the road, she said.

“It was really heartwarming because it just shows what you're doing is not in vain and there a lot of people out there that are supporting the president,” she said. “They’re not backing down anymore. They’re standing for our country.”

The group is planning another parade on U.S. 321 on Saturday at 1 p.m. The cars will start from Rooster Bush Automotive in Lenoir and head south to the Lincoln and Gaston county line, then turn around and go back up to Lenoir, Walker-Bailey said.

Darian Abernathy stepped up to the podium in front of the Catawba County Board of Commissioners and quietly stated her name. In a low voice, s…

The Hickory City Council awarded a $7.2 million contract for the construction of the second half of the Riverwalk bond project at its meeting …

Nearly a third of all currently registered Catawba County voters have already voted with less than two weeks until Election Day.

Sen. Thom Tillis and conservative activists Diamond and Silk were among the speakers at a rally for Republican candidates at L.P. Frans Stadiu…

Enthusiastic supporters of President Donald Trump gathered Sunday for a ride from Hickory to Wilkes County.

An estimated 1,000 vehicles participated in the Trump Road Rally Sunday that began in Hickory at the city's L.P. Frans stadium. The stadium is also home of the Hickory Crawdads minor league baseball team.

The Trump Road Rally that was organized in Burke County and rolled through Hickory Sunday was open to all types of vehicles, including motorcycles.