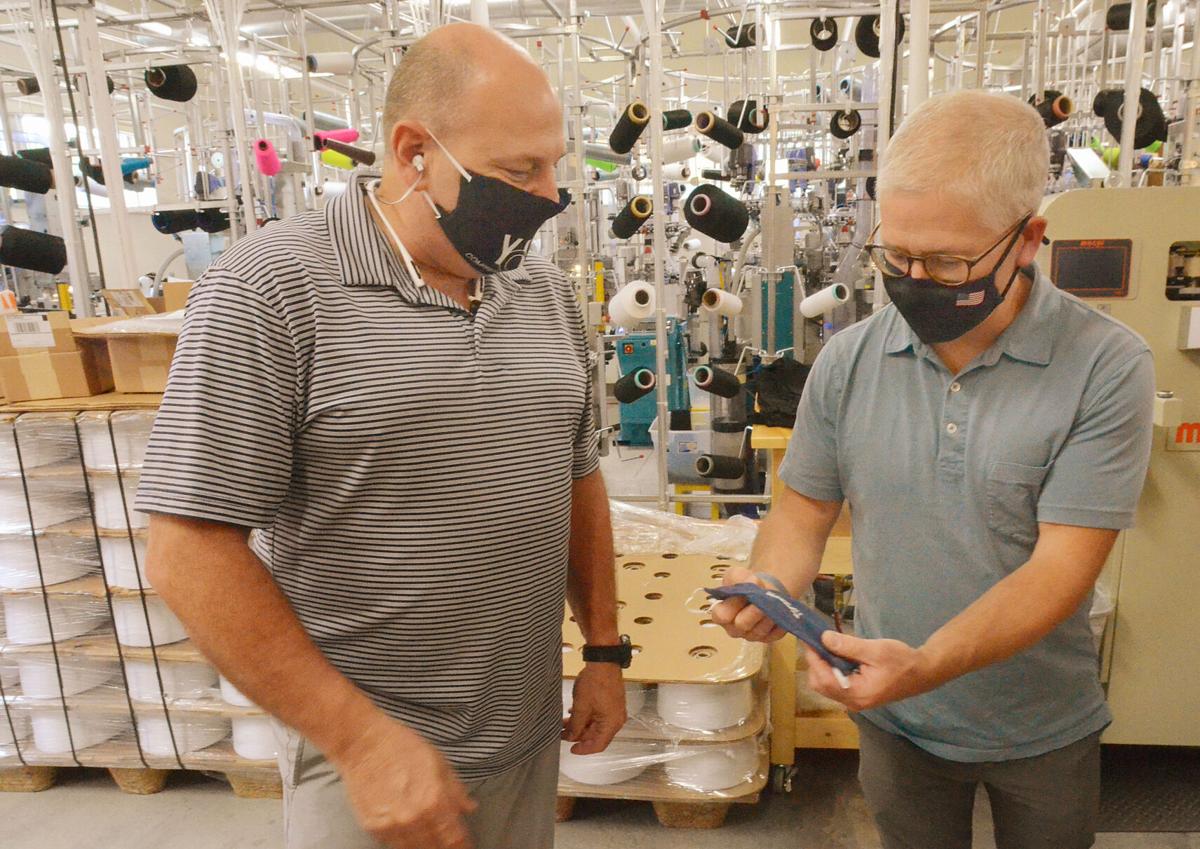 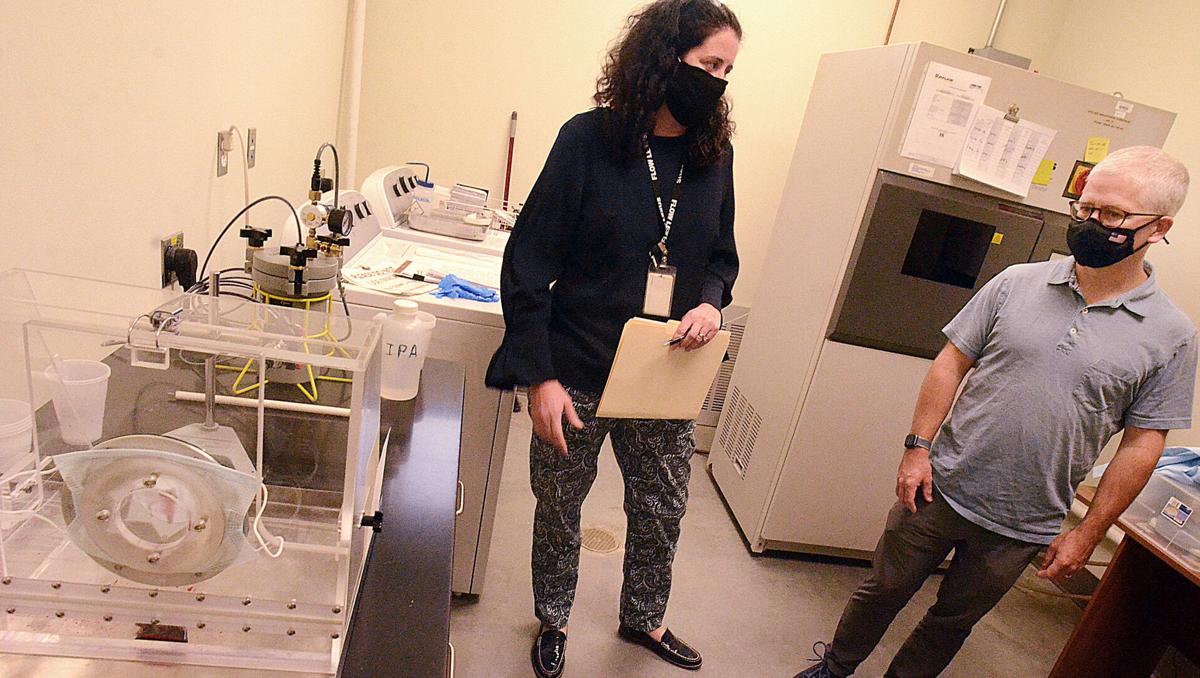 Rep. Patrick McHenry (right) watches a PPE mask being tested as Jodi Geis of the Manufacturing Solutions Center in Conover explains the testing procedure for the mask.

McHenry, a Republican who has represented most of Catawba County in Congress since 2005, was joined by other state and local leaders.

Conover is receiving $9 million of a $14.3 million appropriation of federal COVID-19 aid allotted by the state, funding that will go at least in part to construction of a new testing facility.

Local and state leaders, such as Duncan and Adams, have both touted the project as a means of locating more production capacity in the United States so that the country does not need to depend on other countries.

McHenry echoed those sentiments following the tour, saying it is necessary for the U.S. to realign supply chains to make sure the country can ensure its own supply of protective equipment. Addressing the possibility of another federal stimulus deal, McHenry said it likely would not happen before the election.

He said assistance to the unemployed and small businesses would be the most critical components of a new stimulus deal. “We need to help those people that have had their jobs eliminated through no fault of their own,” McHenry said.

After the visit to the manufacturing center, McHenry was scheduled to visit the Conover Fire Department for a presentation of more than $600,000 in federal grant funding.

McHenry is running for reelection against Democratic candidate David Parker, a Statesville attorney.

This ‘Cotton Castle’ in Turkey could have healing powers

Ford to spend $11.4B on battery and assembly plants

Ford to spend $11.4B on battery and assembly plants

GOP senator to Milley: 'Why haven't you resigned?'

GOP senator to Milley: 'Why haven't you resigned?'

Hickory and Catawba County leaders will meet Tuesday to discuss roughly $7 million in incentives for an economic development project.

Longtime Conover City Manager Donald Duncan will be the next county manager in Caldwell County, the county announced Tuesday.

Rep. Patrick McHenry (right) watches a PPE mask being tested as Jodi Geis of the Manufacturing Solutions Center in Conover explains the testing procedure for the mask.