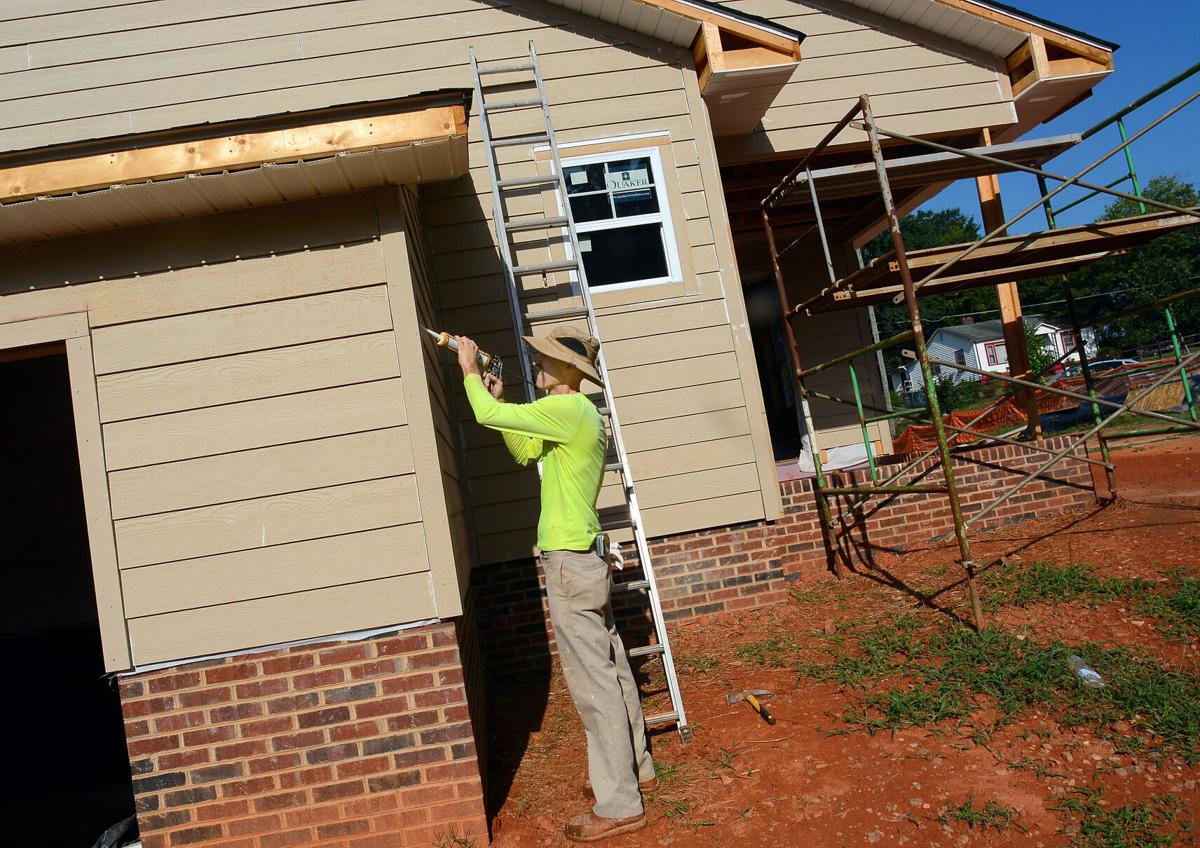 Josh Stamey with Habitat for Humanity of Catawba Valley works on a new home under construction in the Ridgeview community. Leaders from Hickory and surrounding communities met Friday in a forum to discuss and learn about opportunities and barriers to housing development in the region. 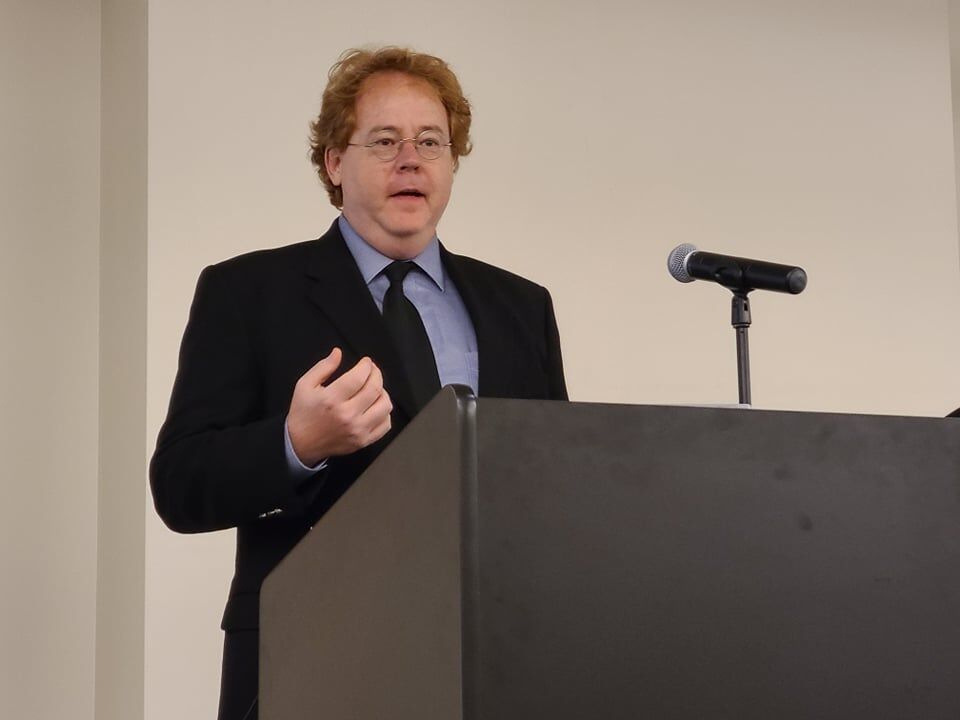 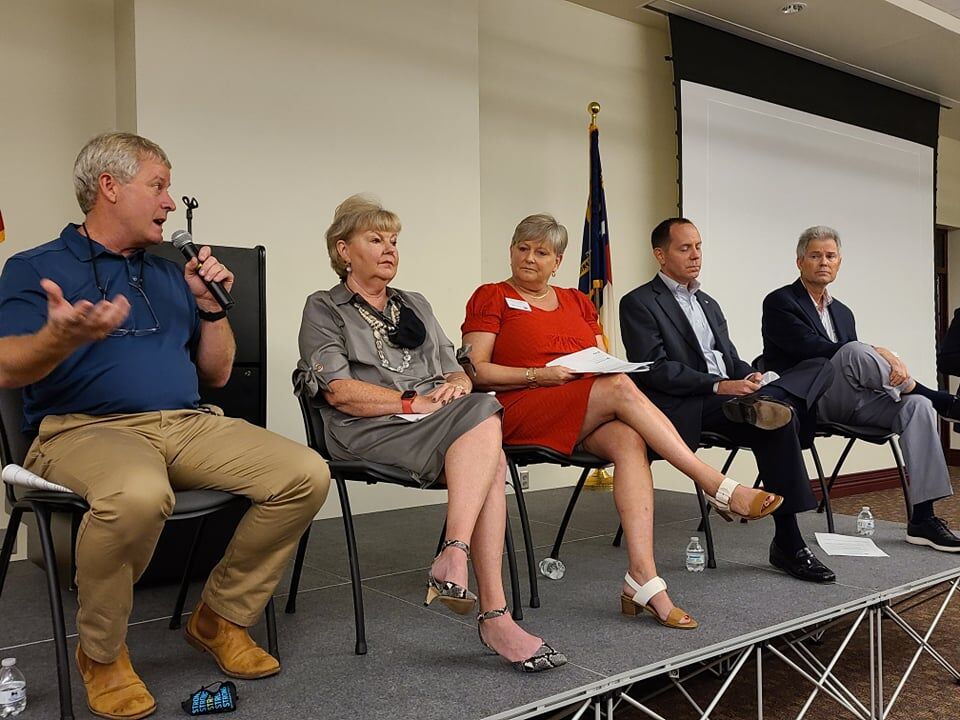 That was the message urban planner Chad Meadows delivered to Hickory-area leaders and real estate agents during a forum on housing issues at the Western Piedmont Council of Governments on Friday.

Rather than negotiating through complicated and subjective processes for rezoning, Meadows said, governments should instead outline clear standards with built-in flexibilities and put in place an efficient, expedited review process by staff to encourage development.

“So moving into the realm where these kinds of developments are permitted by right, administratively, without a lot of discretion, is the way to go, is the way to have success,” Meadows said.

He said one of the problems with rezoning and special use permits is that those processes can often cause anger and confusion among neighboring property owners.

Anthony Starr, executive director of the council of governments, agreed with Meadows.

While Starr said he thought it was right to allow public input on development plans, he said inviting such input on all aspects of development bogged down the process.

“We’re asking, theoretically, for concerns that they might have that need to be addressed, but what often really happens is that we’re asking people for their preferences on what someone else should do for their property,” Starr said.

He described the proposals as a “mish-mash” of initiatives, some of which would promote housing development while others would hinder affordable housing.

Summing up the situation, Meadows said: “We want more, different kinds of housing, but we don’t want to create rules to protect or promote affordable housing.”

By far, the most robust housing growth is happening in Hickory.

Wood listed more than 1,000 housing units that have been in the development stage over the last three years, along with multiple proposed projects that would bring more than 2,000 additional units.

Based on the 2020 census numbers, Catawba was the only county in the four-county area to gain population and new housing over the last decade.

Burke, Caldwell and Alexander counties had housing declines as large as 1,354 units in Burke County and as low as 229 units in Alexander. Caldwell County lost nearly 730 units over 10 years.

The leaders from Morganton and Lenoir highlighted some of the ongoing housing developments in their communities.

Sandy pointed to the 240-unit Murphy’s Farm apartment project while Hildebran talked about the redevelopment of old mills in Lenoir into apartments.

When asked about the challenges, the local leaders pointed to the difficulty in creating housing at a price that meets the demands of both developers and residents.

The council of governments is planning to hold another forum focused exclusively on affordable housing early next year.

Watch Now: Why are there more floods?

Josh Stamey with Habitat for Humanity of Catawba Valley works on a new home under construction in the Ridgeview community. Leaders from Hickory and surrounding communities met Friday in a forum to discuss and learn about opportunities and barriers to housing development in the region.