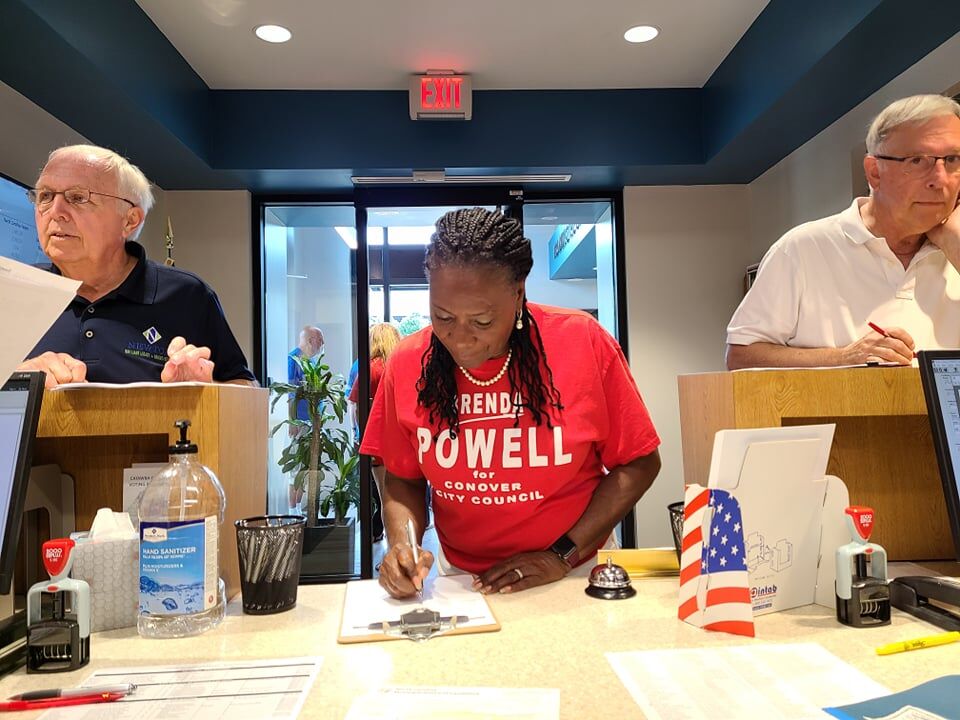 Brenda Powell, center, puts her name on the sign-up list for election filing as Ed Sain, right, and John Stiver, left, go through the filing process. Powell is seeking a seat on the Conover City Council while Sain and Stiver are seeking reelection to the Newton City Council. 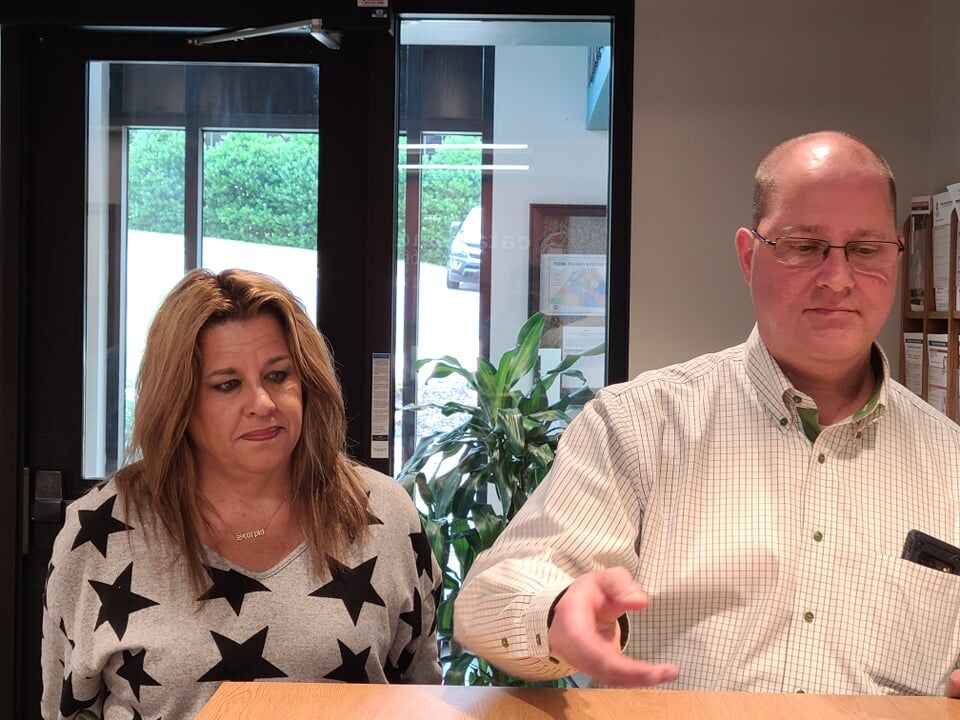 Kyle Hayman files to run for mayor of Conover as his wife Tammy looks on Friday. 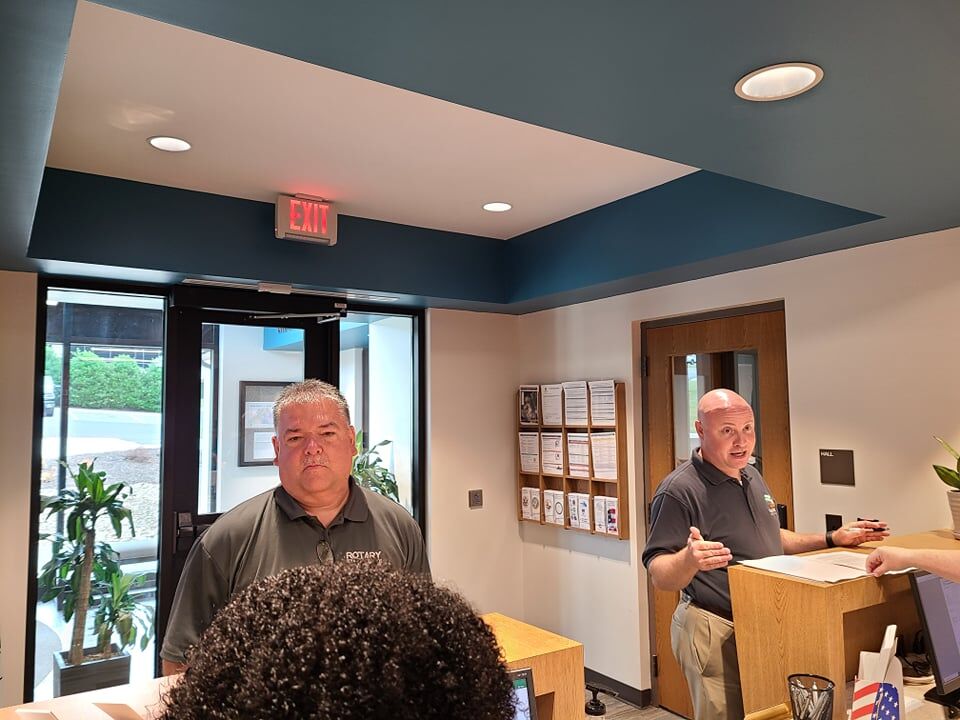 Friday was a busy day at the Catawba County Board of Elections as a dozen people showed up to make their candidacies official within the first 90 minutes of the filing period.

The filing period, which opened at noon on Friday and will end at noon on July 16, covers offices in the municipalities of Conover, Newton, Claremont, Maiden, Catawba and Brookford.

Here’s where the races in those cities and towns stood after the first few hours of the filing period:

Days after Conover Mayor Lee Moritz announced he would not seek reelection, Kyle Hayman, the city’s mayor pro tem, filed to run for the position.

A new mayor will not be the only change in Conover city government this year. Following Councilman Don Beal’s resignation this spring, there will be an election to fill the remainder of his term.

David Morrow, a former Claremont mayor and councilman, has filed to run for Beal’s unexpired term. He was the only person who had filed for that seat as of 4:30 p.m. Friday.

Incumbent Councilman Joie Fulbright and Brenda Powell, who also ran for council in 2019, filed to run for the two other seats that were already slated for election this year.

Councilman Mark Canrobert, who is eligible to run for reelection, had not filed as of 4:30 p.m. Friday.

Councilwoman Anne Abernethy Wepner is up for reelection but had not filed as of 4:30 Friday afternoon.

Councilman Les Morrow had not filed for another term as of 4:30 p.m. on Friday.

Councilman Danny Hipps and Councilwoman Trina Michael are also up for reelection but had not filed as of 4:30 Friday afternoon.

Patrick Laney filed for another term on the Catawba Town Council.

Jeffrey Hendren, another incumbent eligible for election, had not filed by 4:30 p.m. on Friday.

Aldermen Charles Bargsley and James Weaver had not done so as of 4:30 Friday afternoon.

City Walk expected to wrap up in October

Hickory leaders anticipate the City Walk will be finished in October.

Brenda Powell, center, puts her name on the sign-up list for election filing as Ed Sain, right, and John Stiver, left, go through the filing process. Powell is seeking a seat on the Conover City Council while Sain and Stiver are seeking reelection to the Newton City Council.

Kyle Hayman files to run for mayor of Conover as his wife Tammy looks on Friday.