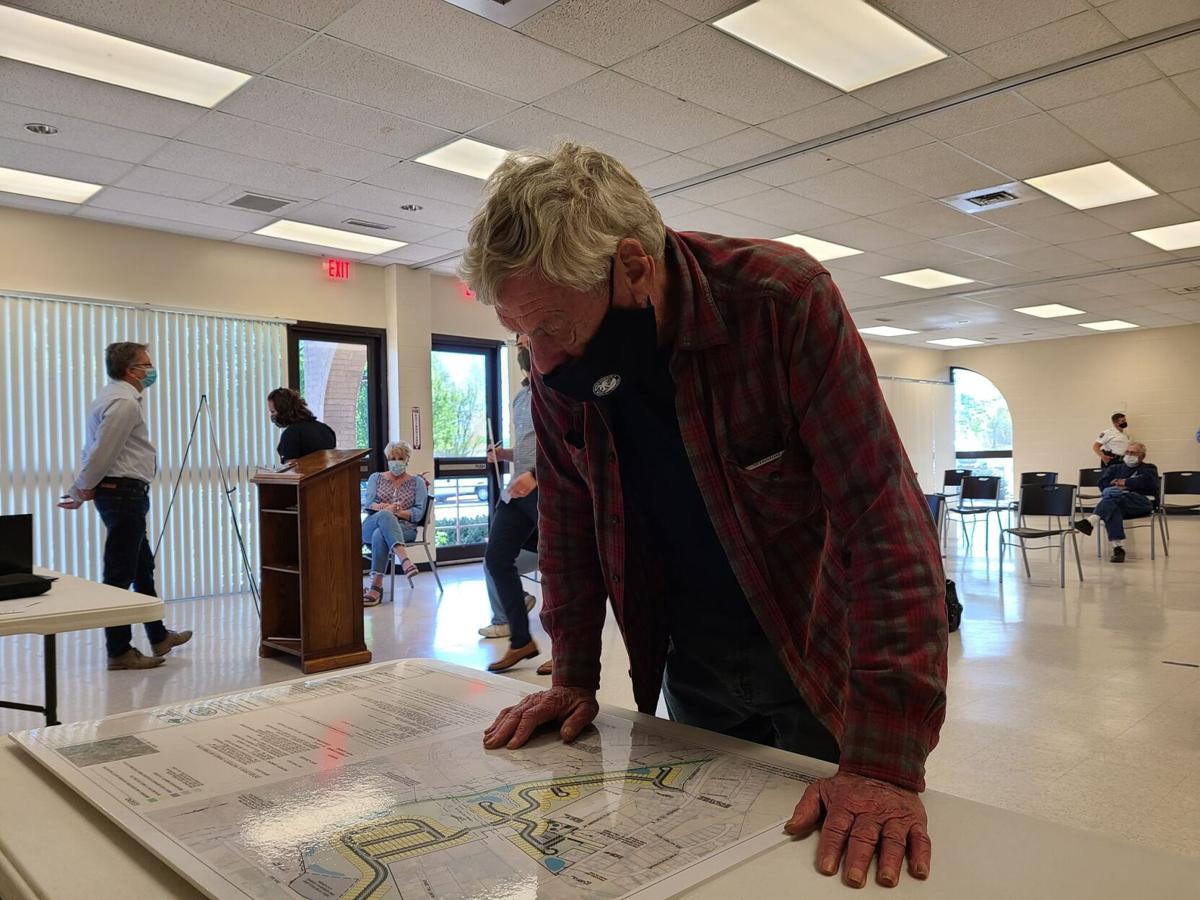 Maiden resident John Williams looks over updated plans for a 250-unit housing development at an open house meeting on Wednesday. 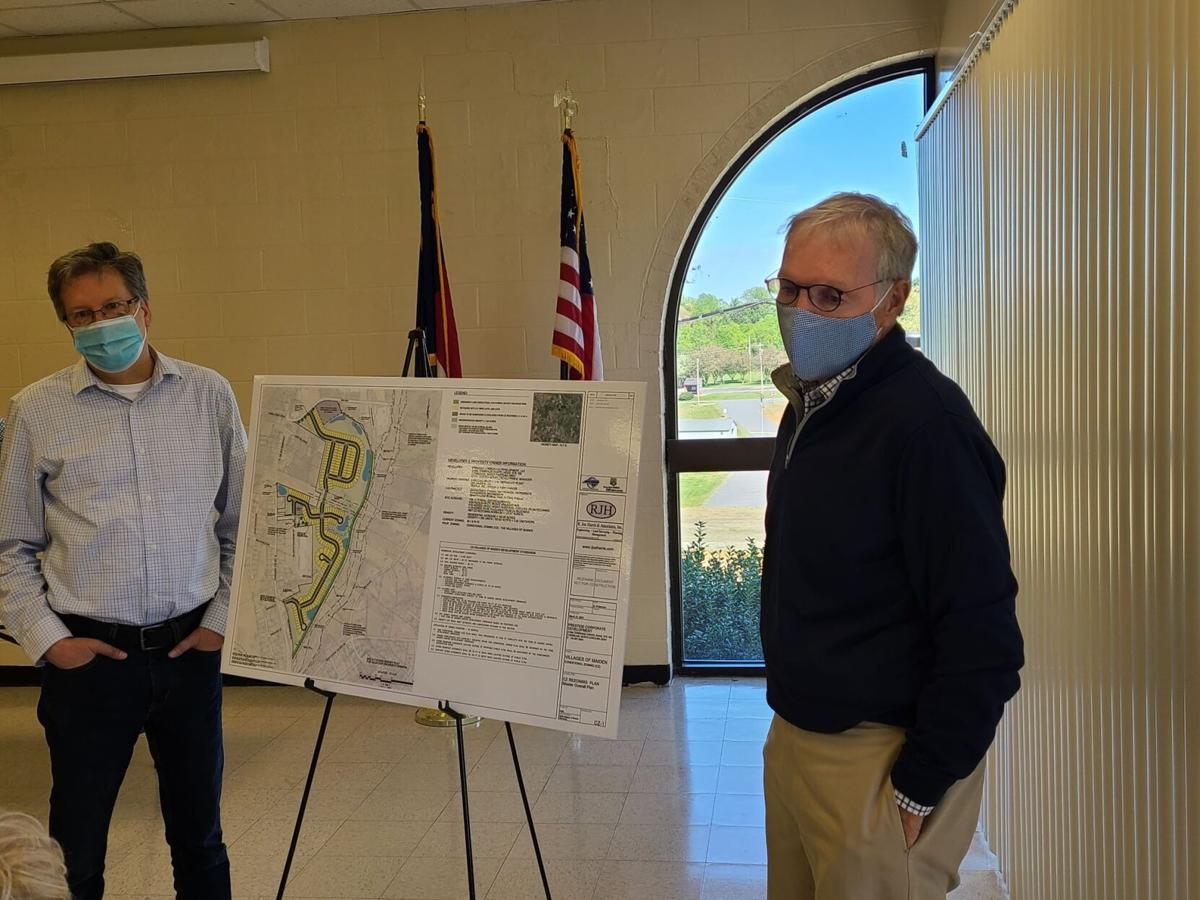 Prestige Corporate Development representatives Steven Bailey, left, and Robert Davis speak with an attendee of the open house meeting on the company’s plans for a 250-unit housing development in Maiden.

A Cornelius-based developer presented revised plans for a residential development off U.S. 321 Business to the public at the Maiden Community Center Wednesday night.

Those plans were voted down by the Maiden Town Council last month. Issues raised included concerns from the public over the density of the development and its overall fit in the community.

Prestige representative Steven Bailey said the new plans boast two significant changes — a decrease in the number of houses and an increase in lot size.

The development plans now call for 250 houses at a density of 2.4 houses per acre with lot sizes 50 feet wide, up from 40 feet in the earlier plans.

The homes would range between 1,700 and 3,500 square feet, Bailey said. The development would also have a dog park.

It will have access points out to Business 321, with one that will be used primarily for emergencies.

Bailey said the developer will pay to have turning lanes put in to serve the main entrance-exit point to the development.

He said the developers anticipate starting construction in 18 months and will take up to six years to complete if approved.

Even with these changes, several residents raised concerns over issues such as density, the effect on traffic and town resources and drainage around the property.

“I just think it’s too much at one time,” Maiden resident Mike Burleson, 66, said. “It’s 100 less houses but it’s still a lot of houses and everybody is concerned. It’s the traffic that’s going to overwhelm the town. And I’m all for growth a little at a time.”

Another resident, John Williams, 75, said the ideal amount of development in Maiden is none.

Not all feedback was negative. Former Maiden Mayor Bob Smyre, 85, and his wife Margo, 70, spoke positively of the development.

“There’s a lot of job opportunities in Maiden and now this provides a place for people to actually settle and start a family,” Margo Smyre said. “So I think that’s a plus.”

Bob Smyre said he liked “to see progress in a good and steady manner” and it seemed to him the new development would be a way of achieving that type of growth.

Bailey said the needs and preferences of the younger workforce is driving the types of developments that Prestige has proposed in Maiden. He said the development would provide housing to support the economic growth in the area.

“There are so many jobs here in Maiden,” Bailey said. “They’ve done such a great job attracting industry. Now they need some place for those folks to stay and sleep here in Maiden instead of … driving out of town to go to bed at night.”

Developers are expected to have their plans finalized for consideration at the May 10 Planning and Zoning Board of Adjustment Meeting.

The matter would then go to the Maiden Town Council on June 8 regardless of the recommendation of the planning board.

Maiden resident John Williams looks over updated plans for a 250-unit housing development at an open house meeting on Wednesday.

Prestige Corporate Development representatives Steven Bailey, left, and Robert Davis speak with an attendee of the open house meeting on the company’s plans for a 250-unit housing development in Maiden.