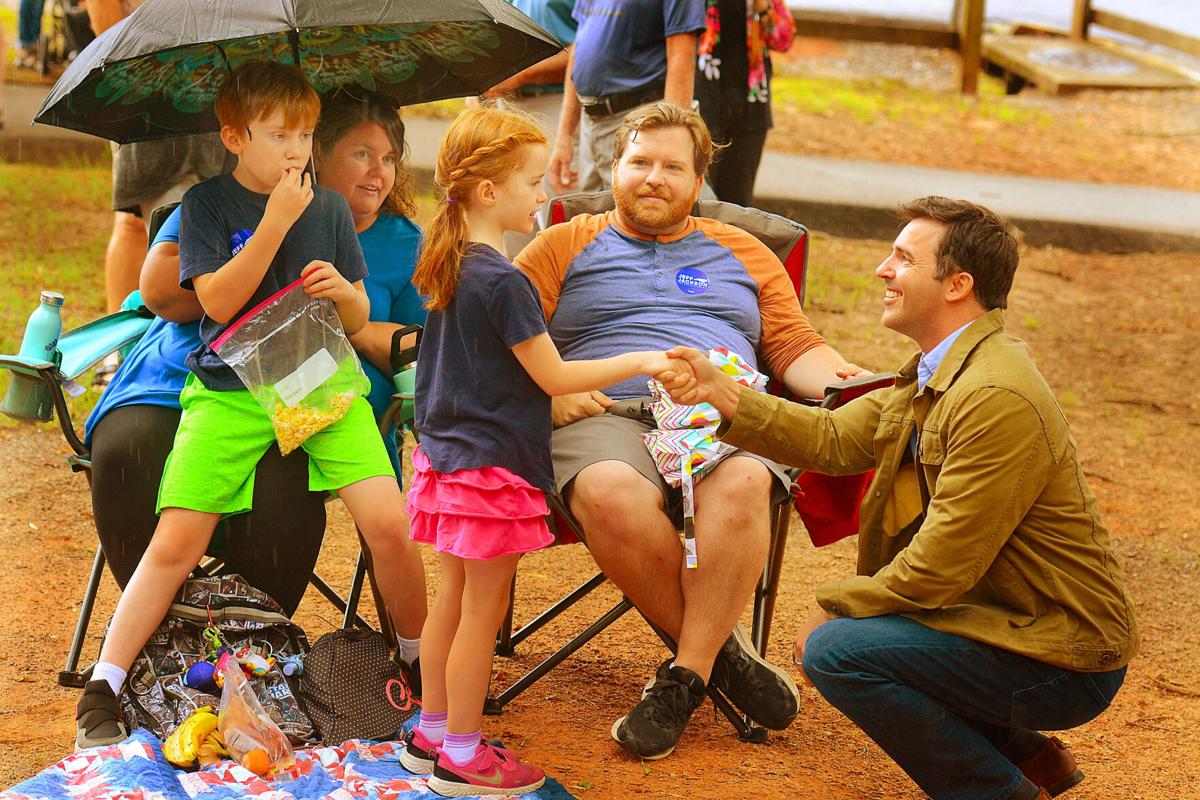 State Sen. Jeff Jackson greets Claire Kale, 7, and her family at Glenn Hilton Park on Thursday afternoon during a campaign visit. Jackson is a Democratic candidate for the U.S. Senate. 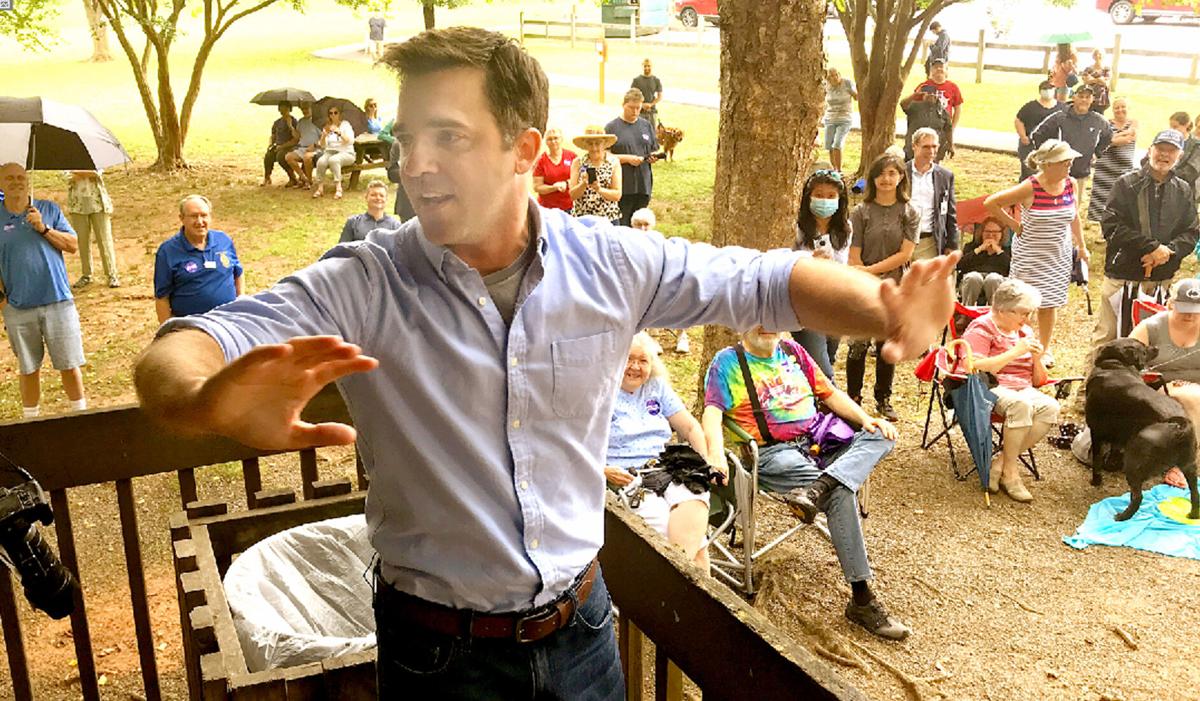 State Sen. Jeff Jackson speaks during a campaign town hall Thursday at Glenn Hilton Park. Jackson, who is running in the Democratic primary for U.S. Senate, is holding town halls in every county in North Carolina.

Democratic U.S. Senate hopeful Jeff Jackson touted himself as an authentic choice for voters at a town hall meeting at Glenn Hilton Park in Hickory on Thursday.

The stop was part of Jackson’s effort to visit all of the state’s 100 counties within 100 days. Jackson, an attorney and officer in the Army National Guard, is currently serving as a state senator from Mecklenburg County.

Jackson received an enthusiastic response from the crowd that included at least 100 people who came out to the event.

Some of those who came were able to find seats under the picnic shelter where Jackson spoke, while others stood in the intermittent rain.

Speaking to the crowd, Jackson criticized campaigns that were overly-managed by consultants and touted the importance of being genuine with the public.

“You have been asked to expect so much less from your candidates — less transparency, less energy, less substance every single election,” Jackson said. He added: “We want to raise your expectations.”

In his own remarks and responses to questions from attendees, Jackson gave his opinion on issues ranging from climate change, broadband access and child care to the minimum wage and the legal status of marijuana.

Jackson did not make reference to any of his opponents. The Democratic field currently includes at least five candidates, including Cheri Beasley, former chief justice of the N.C. Supreme Court, and former state senator Erica Smith.

Jackson said after the town hall that he respected his opponents, but believed he was the best option for N.C. Democrats because of his approach of traveling and talking to people from across the state.

“We’re going to have the most transparent, most energetic and most substantive campaign that this state has seen this century,” Jackson said.

Note: This story was updated at 9:34 a.m. Monday to provide a more accurate estimate of the attendance at the event.

• Wants to move away from criminal approach to marijuana, take regulatory approach

State Sen. Jeff Jackson greets Claire Kale, 7, and her family at Glenn Hilton Park on Thursday afternoon during a campaign visit. Jackson is a Democratic candidate for the U.S. Senate.

State Sen. Jeff Jackson speaks during a campaign town hall Thursday at Glenn Hilton Park. Jackson, who is running in the Democratic primary for U.S. Senate, is holding town halls in every county in North Carolina.