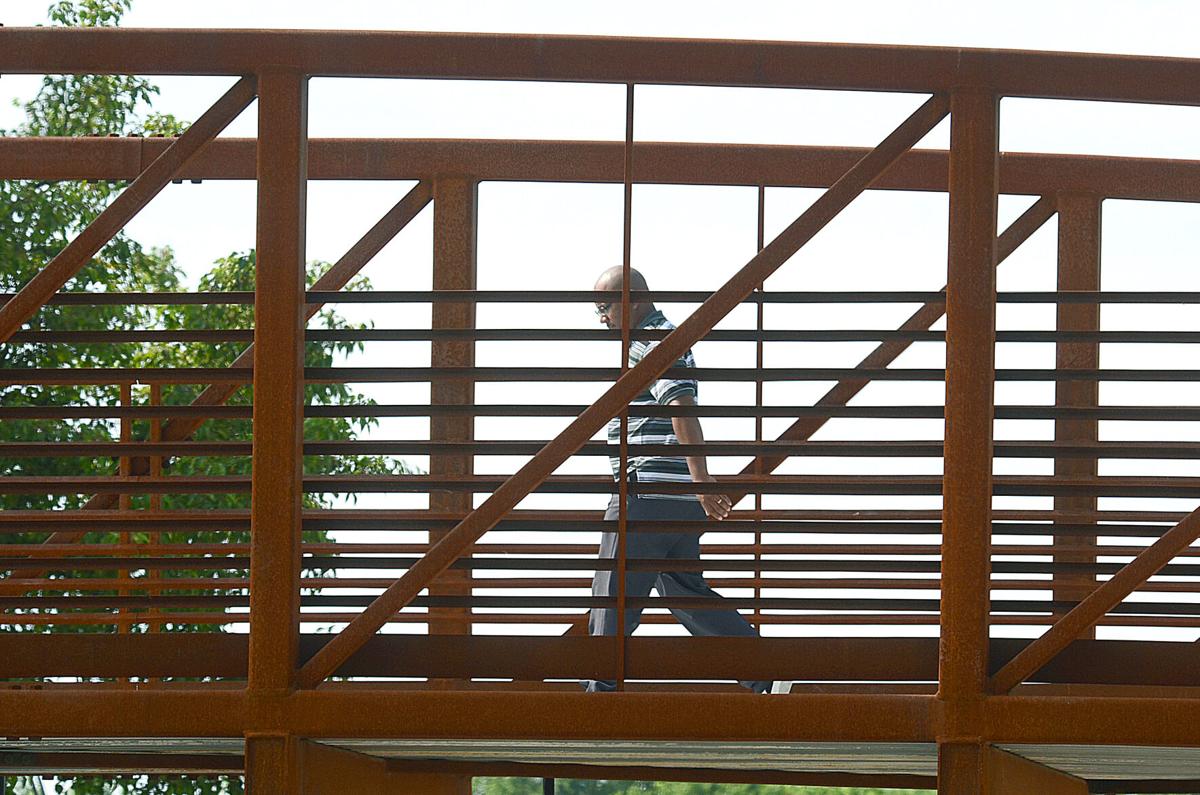 A pedestrian crosses the City Walk bridge above the railroad underpass near Union Square recently. Much of the City Walk is already finished, and city leaders expect the walkway will be complete in October. 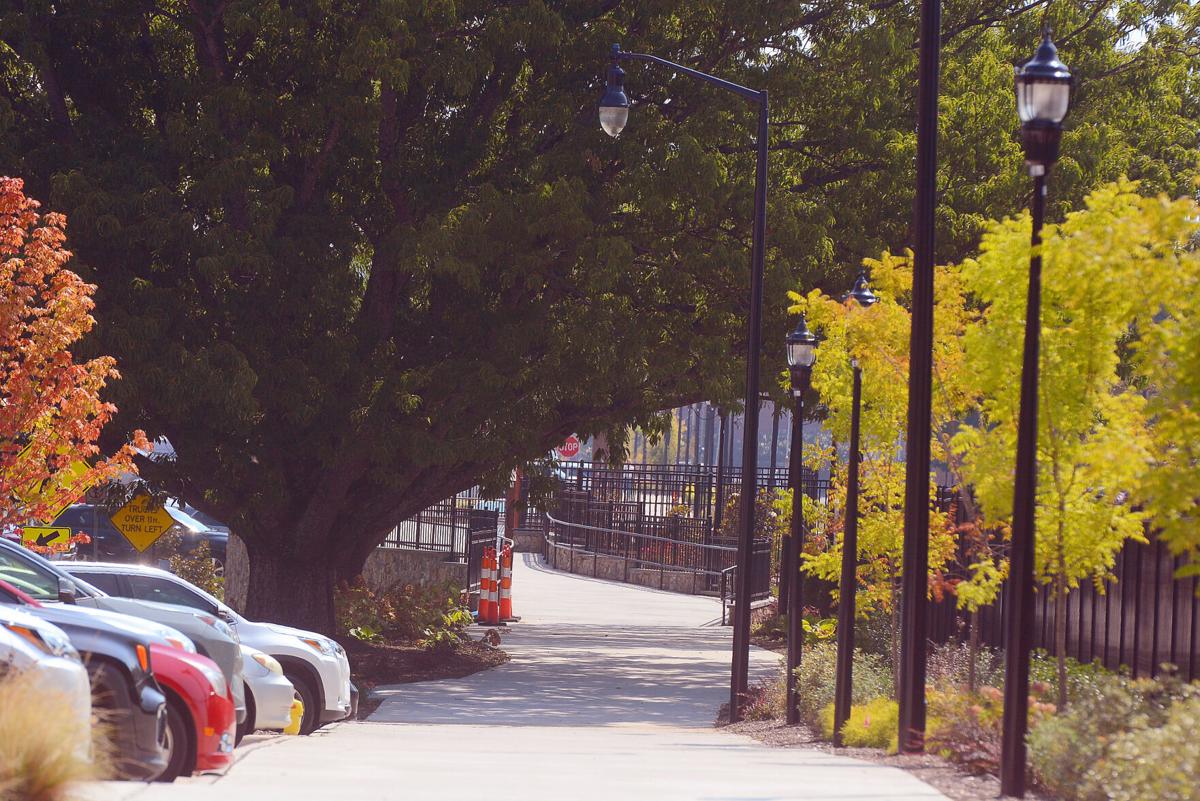 Young trees line the new City Walk sidewalk. Many sections of the walkway are already open, and the final section at the eastern end is expected to be complete by this fall.

Hickory leaders anticipate the City Walk will be finished in October.

The bond commission is the public body appointed to oversee the development of projects funded through the $40 million bond referendum approved by voters in 2014.

The City Walk is one of the major projects of the bond program. When complete, it will stretch from Lenoir-Rhyne University to Ninth Street NW in downtown.

Miller said the major section that still needs to be completed is at the eastern end of the project between the Main Avenue roundabout and the pedestrian bridge with arches.

“There’s little items that we’ll be kind of tweaking and getting done at the very end, but I think we’ll be able to punch through here real soon,” Miller said. “You’re going to see a flurry of activity in the next 60 days in there that is going to be like a bunch of ants working.”

The Hickory City Council awarded a $14.3 million contract to Neill Grading & Construction Co. for the project in June 2019.

Miller discussed some of the challenges the city has faced during the construction so far, including extensive negotiations with Norfolk Southern Railway and the N.C. Department of Transportation, as well as a supply crunch that affected items like handrails.

One setback during the construction involved the large wooden arches.

Installation of the second arch was slated for April but was pushed back after a wooden section splintered.

Hickory Communication Specialist Sarah Killian said the break was repaired with adhesive and screws before being placed in July.

Miller said the difficulty with the arches came because they are different from other structures.

“We’re trying to build something that’s a one-off,” Miller said. “There’s not another one of these in the nation. This is a very unique structure to Hickory.”

He added that he thought the pedestrian bridge would become a focal point for the city where people could go to take photos and get engaged.

Leaders also pointed to the gains in population the city has already seen, pointing to the recently released 2020 census data showing the city grew by 8.7% and gained nearly 3,500 people for a population of 43,490.

They attributed this growth to the bond program.

“It shows you that the work the voters have entrusted us to do with the city council, it’s something that’s very important,” said bond commission Chairman Burk Wyatt.

Watch Now: Why are there more floods?

A pedestrian crosses the City Walk bridge above the railroad underpass near Union Square recently. Much of the City Walk is already finished, and city leaders expect the walkway will be complete in October.

Young trees line the new City Walk sidewalk. Many sections of the walkway are already open, and the final section at the eastern end is expected to be complete by this fall.