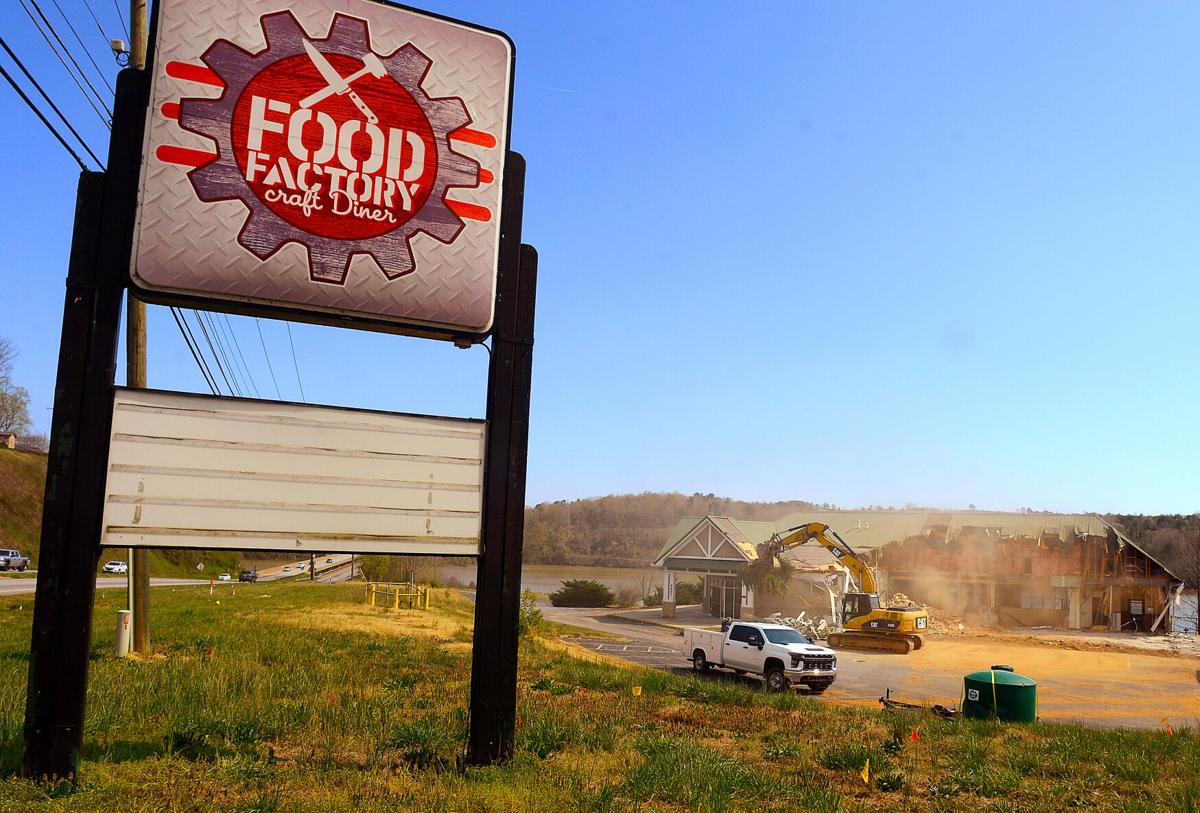 The Food Factory Craft Diner on U.S. 321 south in Caldwell County is facing a wrecking crew to make way for construction of the new bridge over Lake Hickory.

The restaurant closed in May 2020, according to the company website. The building and right-of-way property were bought by the N.C. Department of Transportation in November for the expansion of U.S. 321 to six lanes, according to the deed filed with the Caldwell County Register of Deeds.

The NCDOT paid FJS & JG LLC, which owns the two pieces of land along U.S. 321 where the Food Factory was located, $2.4 million for the right-of-way and the two-story building, according to the deed. The purchase allows the department to demolish the building if needed.

The NCDOT started buying land for the first phase of the U.S. 321 expansion, from U.S. 70 in Hickory to U.S. 321-A in Granite Falls, in 2019, according to the NCDOT website. Construction of that first section is scheduled to begin this summer.

The expansion is funded for $288 million through the state, according to the NCDOT website.

Gas line severed near Hudson; section of US 321 closed; people near leak asked to stay indoors

A main line of Piedmont Natural Gas has been severed near the Smokey Mountain Furniture store on Hickory Boulevard near Hudson, according to a…

Alexander County commissioner killed in car collision while in Ohio

An Alexander County commissioner died in a car crash Monday, a news release from the county says.

One dead in shooting at Argyle Place Apartments in Hickory; no charges filed

One person is dead in what police are calling a domestic situation that ended in a shooting Friday night at Argyle Place Apartments in Hickory.

A Catawba County woman was arrested for trafficking heroin after 8 grams of the drug were found in her home, according to a news release from …

When hat washed up on beach, retired Hickory lawyer returned it to Navy officer

A Hickory man found a Navy officer’s hat while vacationing on the N.C. coast in June. A few weeks later he found the owner.

The Food Factory Craft Diner on U.S. 321 south in Caldwell County is facing a wrecking crew to make way for construction of the new bridge over Lake Hickory.