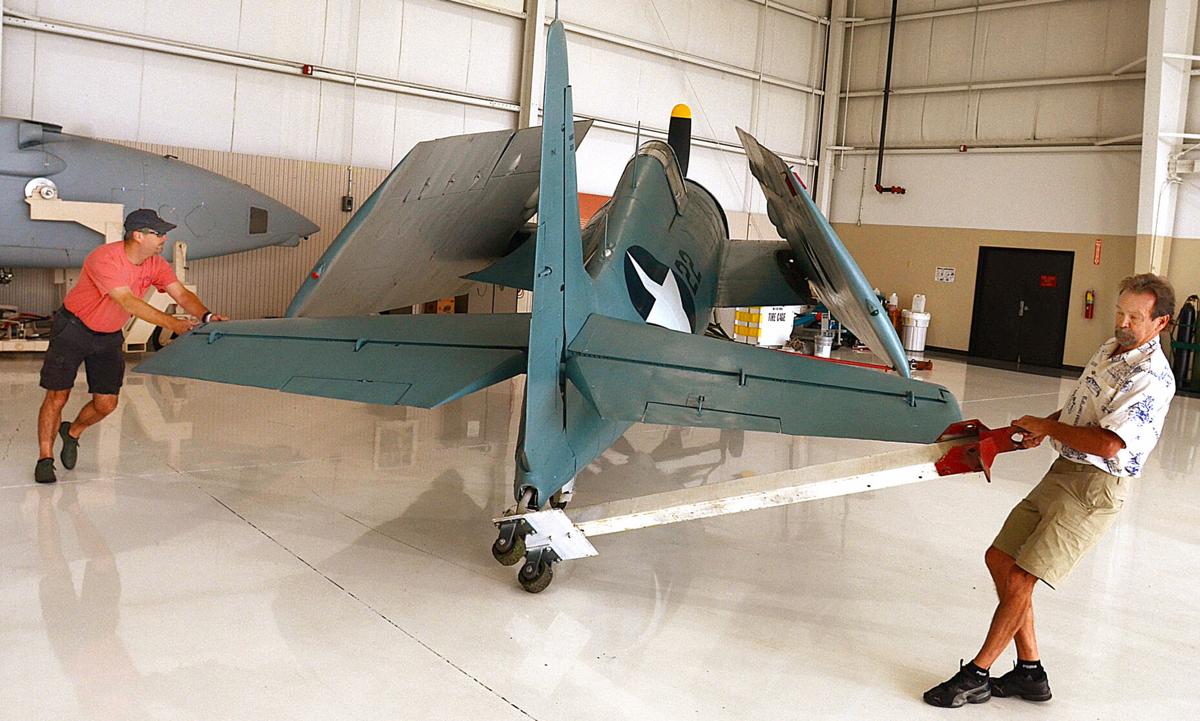 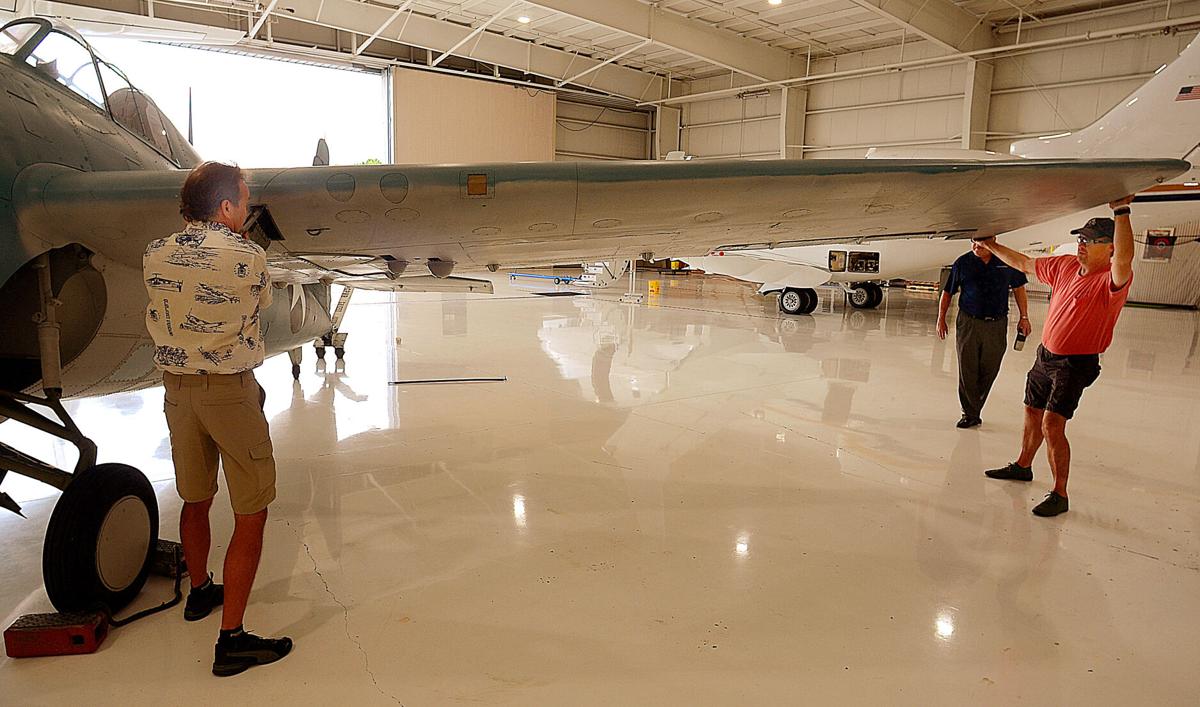 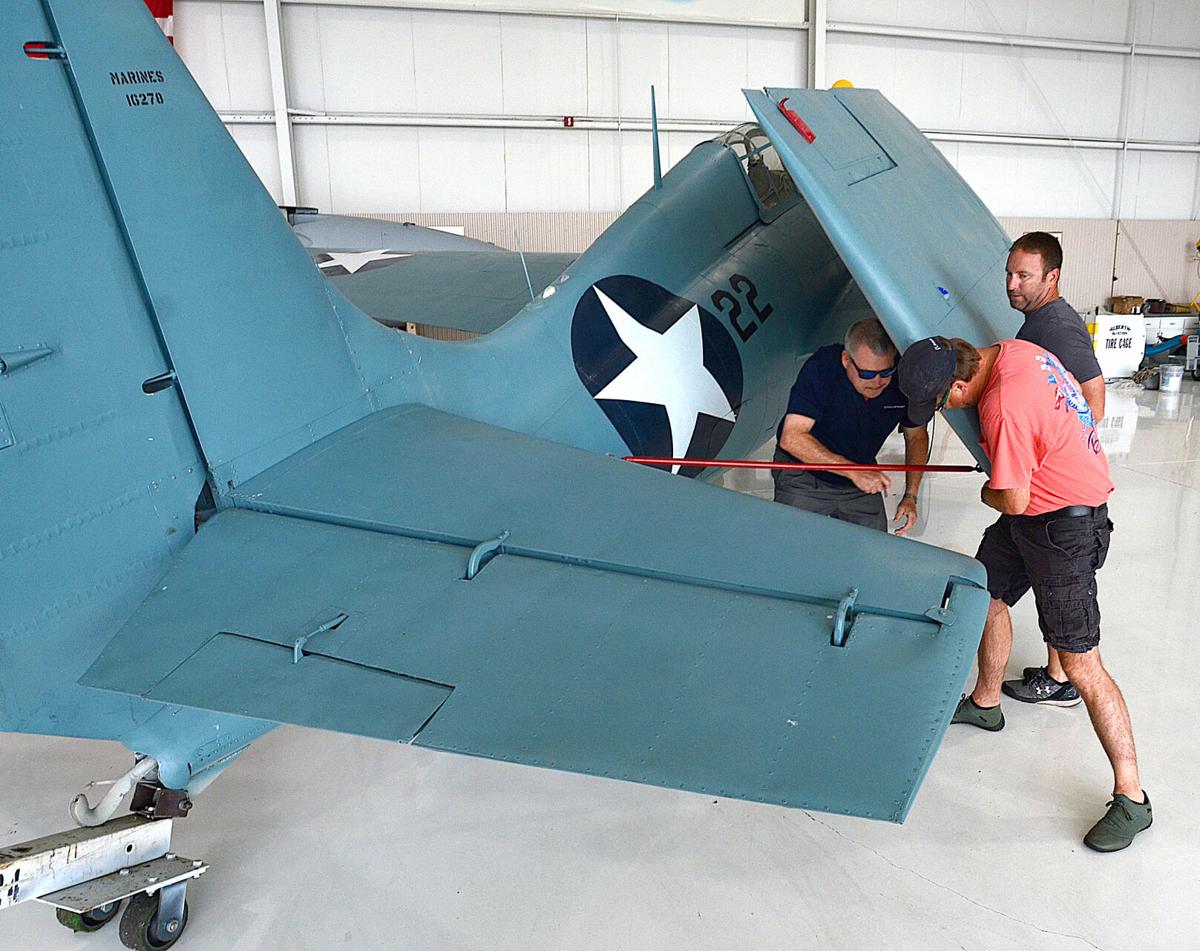 A World War II-era U.S. Navy fighter plane that spent decades at the bottom of Lake Michigan is being added to the Hickory Aviation Museum’s collection of planes.

Kyle Kirby, curator of the Hickory Aviation Museum, said the museum is still researching the history of the FM-2 Wildcat, but they do know that it flew in the South Pacific and participated in the battle of Kwajalein as part of the attack on the Marshall Islands.

“When you take off in this airplane you have to hand crank the gear up. There’s like 28, 29 turns. You had to be pretty strong … They (pilots) had to crank it as fast as they could to start it,” Kirby explained.

The FM-2 crashed into Lake Michigan during training on June 26, 1945, Kirby said. The pilot survived the crash but the plane was not able to be recovered at the time. “They are still pulling airplanes out. There are still a lot of planes in Lake Michigan,” he said.

Nearly 50 years later, the plane was recovered in the 1990s and restored at the National Museum of Naval Aviation in Pensacola, Florida.

Most of the damage to the plane is no longer noticeable, but evidence it spent many years at the bottom of a lake can still be seen in the cockpit and underneath the front of the plane, Kirby pointed out. “It was in freshwater, so not as bad as saltwater. It’s actually very well preserved.”

Kregg Kirby, co-founder of the Hickory Aviation Museum, said the plane is very rare and will have to be stored inside most of the time to keep it in good condition. “We are going to drag it our periodically in good weather,” he said.

The public will have the opportunity to see the plane later this week. The fighter will be unveiled during the Aug. 12 Hickory Crawdads home game. The plane will be parked outside of L.P. Frans Stadium from 5 until 8 p.m., Kregg Kirby said.

Jason Lail was healthy before he got COVID-19. He loved to hunt and fish. He played with his children. He had no medical conditions.

A crash on N.C. Hwy. 16 shut down traffic on Tuesday afternoon.

Parents plan to address school board over dress code

Catawba County has several of North Carolina’s largest private businesses, including two in the top 10, according to a recent ranking by Busin…

The steel beams under the southbound bridge carrying U.S. 321 over Lake Hickory have to be repaired. Construction will likely begin in early 2022.