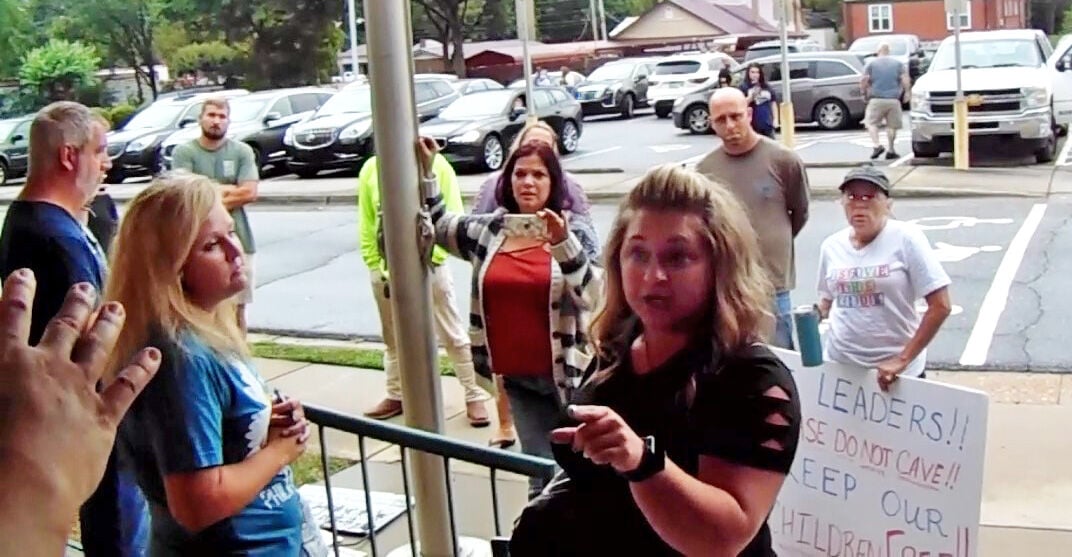 After the Catawba County Schools Board of Education passed a mask mandate on Tuesday, unhappy parents shared their displeasure outside the building. 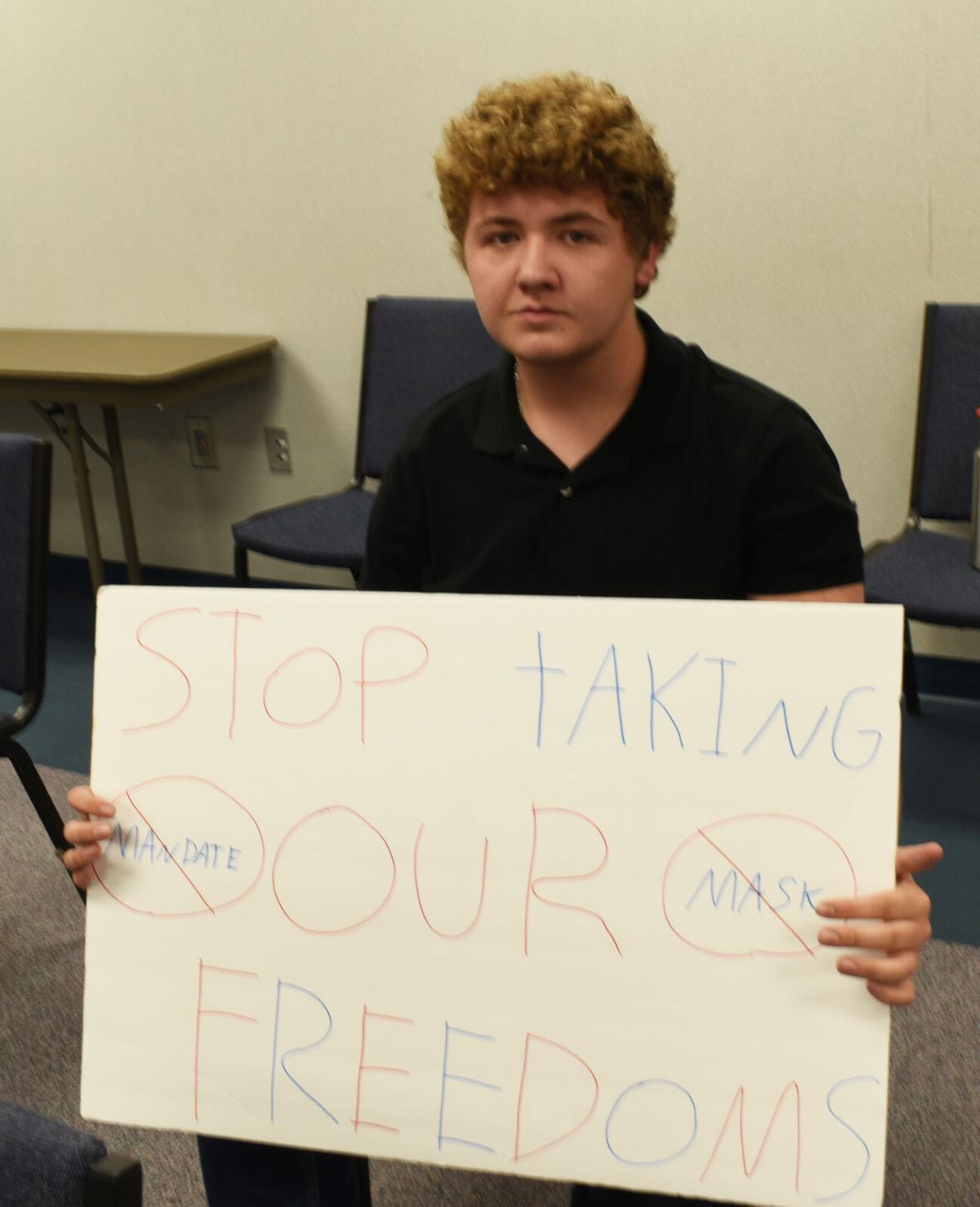 High school student Dennis York came to Tuesday night’s meeting of the Catawba County Schools Board of Education hoping the board would continue allowing masks to be optional. York also spoke at the board’s meeting on Aug. 23.

Catawba County Schools Board of Education held an emergency meeting on Tuesday to review COVID-19-related quarantines and positive test cases within the school system. After reviewing the data, the board voted to mandate masks in school buildings.

“We’ve been in school seven days. What we are going over is the data from our health department. On the first day of school we had 214 staff and students that were quarantined,” Catawba County Schools Superintendent Matt Stover said Tuesday. “We currently have 1,505, as of 4 o’clock today.”

While the school data was being presented, board member Ronn Abernathy discussed directly with Stover the percentage of positive cases in students. Abernathy said that “126 is a lot and that’s unfortunate,” but the total number of positive cases is less than 1% of the entire student population.

All board members agreed that keeping students in the classroom was the main goal.

“I would like to say that I still strongly think it should be the parents’ decision whether kids wear a mask or not, but I also want to keep the kids in school,” board member Annette Richards said. “It is obvious with quarantines, if they don’t have a mask on they will be quarantined, which is taking the kids out of school. Eventually, we are heading in the direction that we are going to have to close the schools down and go remote.”

After the meeting, angry parents gathered on the front sidewalk of the administrative building. The Newton Police Department had several officers at the meeting. Officers had to break up an argument that began outside between two parents.

The upset parents remained in front of the building for around 15 to 20 minutes before a heavy rain fell and they dispersed.

Alexander County also voted on Tuesday to require masks for students, faculty and staff. The school mandate went into effect Wednesday. Four board members voted for the mandate, two voted against and one member was not present. Board Chairman Harry Schrum, Vice Chair Scott Bowman, David Odom and Matt Cooksey voted for the mandate. Ramie Robinson was not present, according to Alexander County Schools Director of Public Affairs Renee Meade.

Iredell-Statesville Schools also called an emergency meeting on Tuesday and voted to require masks for faculty, staff and students beginning Thursday. Iredell-Statesville has 1,387 students in quarantine. The mandate passed with four votes for and two against.

Check out these amazing secret tunnels built under Liverpool

Biden: We have to act now on climate change

Biden: We have to act now on climate change

The owner of Patriot Axe Throwing in Hickory Michael Pastelak was upset by the board's decision to require masks in the schools.

After the Catawba County Schools Board of Education passed a mask mandate on Tuesday, unhappy parents shared their displeasure outside the building.

High school student Dennis York came to Tuesday night’s meeting of the Catawba County Schools Board of Education hoping the board would continue allowing masks to be optional. York also spoke at the board’s meeting on Aug. 23.