Amid pandemic, flu has virtually disappeared in the US; Pfizer studying 3rd dose to fight variants 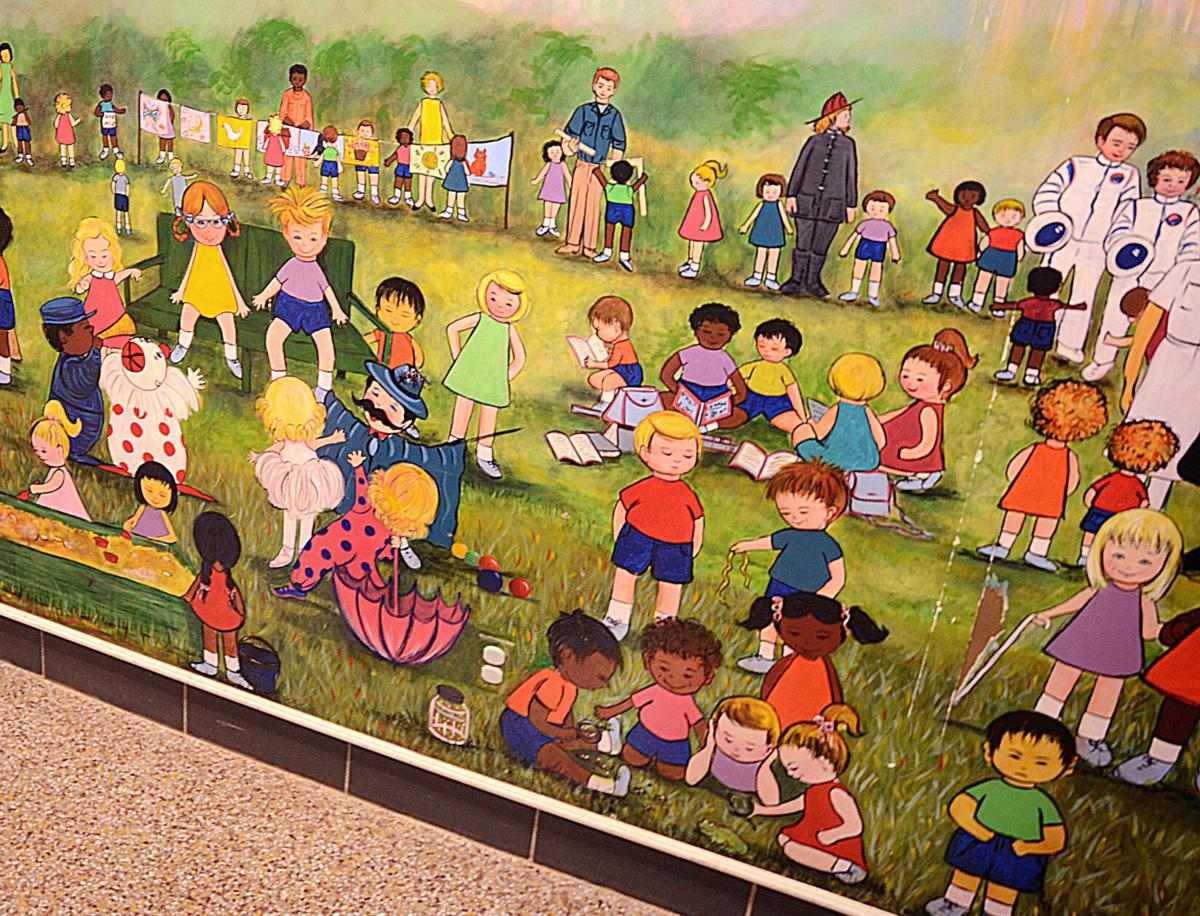 This mural at Viewmont Elementary School shows a diverse group of students gathering together. A recent report from the Western Piedmont Council of Governments showed the increasing diversity of the community, as well as gaps in test scores and graduation rates between various racial and ethnic groups. 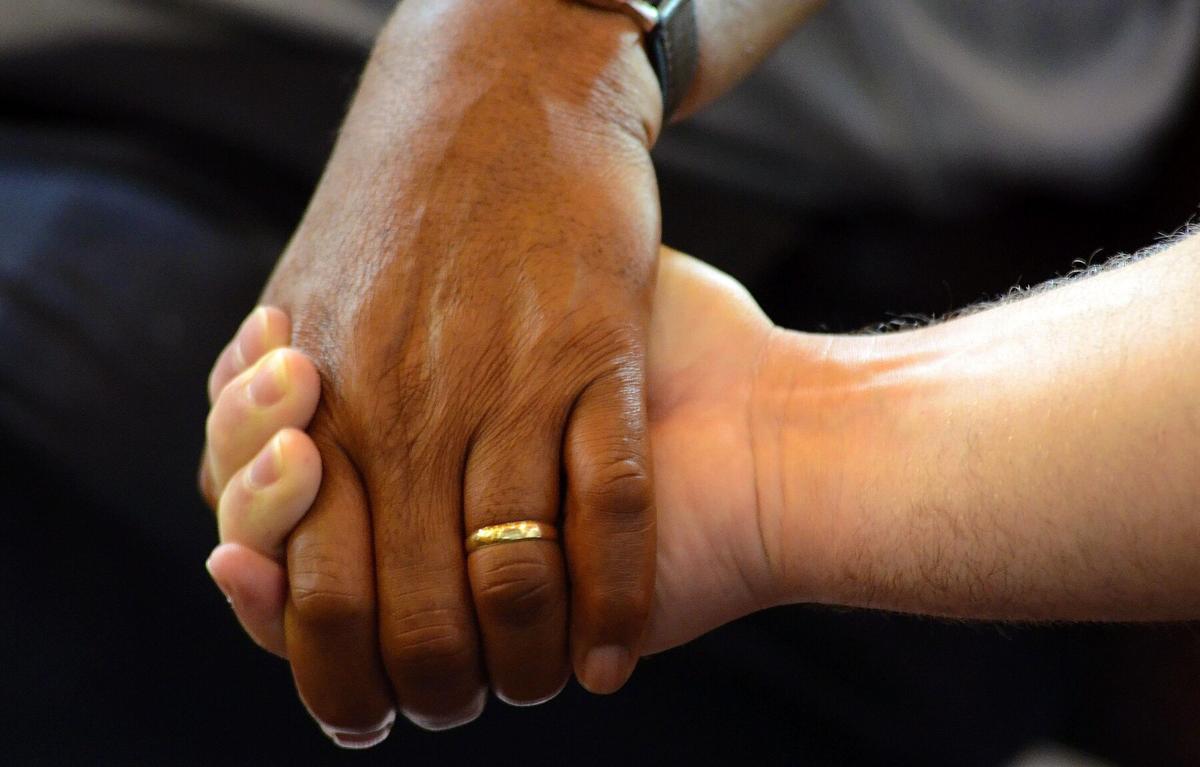 The growing diversity of Hickory and the aging of both the white and Black populations is one of several significant demographic trends shown in a recent report from the Western Piedmont Council of Governments.

Hickory is becoming much more racially and ethnically diverse, and clear disparities exist between different groups on a spectrum of educational, economic and other metrics.

That is the clear conclusion of a report compiled by the Western Piedmont Council of Governments for Hickory City Council.

Data sources for the report included the 2020 census, American Community Surveys and the N.C. Department of Public Instruction.

Here are four big takeaways from the report:

Educational disparities in Hickory are stark.

In North Carolina overall, 34 percent of Black high school students performed at or above grade level on their end of course exams during the 2018-19 school year.

At Hickory High, the number was much lower: 13.1 percent.

This singular piece of information stands out in a report that documents a number of educational achievement gaps, both between racial and ethnic groups and between the two school systems that serve Hickory residents.

While some of the difference can be seen at the elementary and middle school levels, it is most pronounced in the high schools.

At the high school level in the Hickory Public Schools system, Hispanic students also underperformed the state number with 33.9 percent in Hickory at or above grade level opposed to 42.8 percent in the state.

In contrast, students at the high school level in the Catawba County Schools system were at or above the state numbers for all racial and ethnic groups that year.

Though not included in the report itself, a presentation made to the Hickory City Council earlier this month included data on graduation rates that also highlighted the disparities.

In 2010, non-Hispanic white people accounted for 69.4 percent of the population.

A little more than 5 percent identified as “other race.” The study authors explained many Hispanics check “other race” on the census and then later specify that they are Hispanic.

Hispanics had become the largest minority group (12.8 percent) while Blacks were second (11.6 percent). The share of Asian Americans in the population grew to 5.5 percent.

A noticeable age gap between non-Hispanic whites and Blacks on one side and Hispanics and Asian Americans on the other is also clear.

Hispanics had an average median age of 25.4 years and the median age for Asian Americans was 29.2 years.

In contrast, only 3.2 percent of Hispanics and less than 1 percent of Asian Americans were in that age group.

Non-Hispanic whites and Blacks each made up about 30 percent of the 20-44 demographic while 40 percent or more of Hispanics and Asian Americans were in that range.

For the non-Hispanic whites and Blacks, the number in that youngest segment was at or slightly above 20 percent.

There are clear economic gaps

Nearly half of Black households in Hickory had incomes of less than $25,000 from 2014-18 — a higher percentage in that category than any other racial or ethnic group.

The percentage of non-Hispanic whites in that category was 24.2 percent while it was 28.5 percent for Asian American households.

Non-Hispanic whites and Asian Americans also had larger numbers of households in the highest income tier of $100,000 or more.

For whites, 22 percent were in that group while 24.1 percent of Asian American households had incomes in that range.

Less than 6 percent of both Black and Hispanic households were in that top income tier.

More than 30 percent of Black and Hispanic households were in poverty while the same was true for less than 20 percent of the white and Asian American households.

Members of minority groups owned 300 businesses in the city, a little less than 10 percent of the total number.

Among the 300 minority-owned businesses, Asian Americans owned the most  by far at 188. Hispanics owned 88 and Blacks owned 17.

Taylor Dellinger, a data analyst who worked on the report, said education is a big factor in many of those economic disparities.

“One of the biggest things that I saw in it was the value of education,” Dellinger said. “I think part of the wage gap, which is rather large, it’s definitely tied back into educational attainment.”

How to read the report

To read the report on racial and ethnic disparities in Hickory, visit www.hickorync.gov.

From there, go to the "Government" tab at the top of the screen and click the "City News" link in the dropdown from that tab.

Links to the report and related materials will be available under the "Study of Equity, Economic, and Demographic Data for the city of Hickory" link that was posted Jan. 20.

Lenoir-Rhyne University recently announced the Dean's and President's list of students for the Fall 2020 semester.

Hickory Public Schools to operate on two-hour delay on Monday

Hickory Public Schools announced Sunday evening that the system will operate on a two-hour delay Monday for students and staff.

Larry Conger, who worked as head of maintenance at Hickory High School, died this week.

‘The epitome of a servant leader’: Hickory Superintendent announces plans to retire

This mural at Viewmont Elementary School shows a diverse group of students gathering together. A recent report from the Western Piedmont Council of Governments showed the increasing diversity of the community, as well as gaps in test scores and graduation rates between various racial and ethnic groups.

The growing diversity of Hickory and the aging of both the white and Black populations is one of several significant demographic trends shown in a recent report from the Western Piedmont Council of Governments.