When Brian Siemering talks about his experiences as a teacher in Hickory Public Schools, the frustration is palpable.

Administrative turnover and a lack of resources were the big factors in his decision to retire early, he said. He recalled having a copy machine shut off on him when he reached the limit on copy paper allotted for the teachers.

Based on some recent data, Siemering is likely not the only former Hickory teacher to have concerns.

The teacher turnover rate at the highs school level in Hickory Public Schools was 26% in the 2018-19 school year, double or roughly double the rate for Catawba County Schools, Newton-Conover City Schools and the state as a whole, according to data presented by the Western Piedmont Council of Governments.

Siemering believes the turnover at the top of the school system is a factor in the higher rate of teacher attrition in Hickory schools.

“Just like a college football coach, you’re not going to stay at Lenoir-Rhyne forever,” Siemering said. “You’re going to win there and move on to something bigger. I think, especially with Hickory City, it’s used as a stepping stone to move on to bigger things.”

Siemering has been retired from teaching for six years, but he is now seeking a seat on the Hickory school board. He said that if he is elected, he wants to hear from teachers — about what they need and what’s in their way.

Keyhisa Hannah, who is running against Siemering for the Ward 5 seat on the board, said she heard from at least one teacher about dissatisfaction at Southwest Elementary.

Ward 2 board member Sarah Temple, who is running unopposed, acknowledged morale is a problem in the system, particularly in light of the strain caused by the COVID-19 pandemic. She pointed to efforts to support teachers, including a $2,000 year-end bonus the school system recently approved for faculty and staff.

Temple also expressed confidence in the leadership of new superintendent Bryan Taylor. “I have been very, very impressed with the work that he’s already done in a short amount of time,” Temple said. “He really wants to bring community groups in to help improve the quality of education for the students that we serve in Hickory Public Schools.”

In January, the Western Piedmont Council of Governments released a report at the request of the city of Hickory and Hickory NAACP highlighting gaps between racial groups in Hickory.

Some of the most sobering numbers involve education. One example: only 13.1% of Black students at Hickory High School were performing at or above grade level on tests, compared to roughly 34% of the Black students in the state as a whole.

Other state data compiled by the council of governments shows more general gaps.

During the 2018-19 school year, 43.8% of high school students in Hickory scored proficient or higher on end-of-course tests, compared to 60% in Catawba County, 56% in Newton-Conover and 52.7% in North Carolina overall.

When asked about these numbers, the candidates seeking election to the school board touched on similar themes. Parental involvement or the lack thereof, was a factor a few cited.

Siemering said much of a student’s success comes down to the investment the student and, by extension, the parents are willing and able to make.

While it can often be difficult to help children with poor home environments, after-school programs and extracurricular activities can help to some extent by giving kids constructive things to do that also help reinforce social bonds, he said.

Phyllis Michaux, candidate for the Ward 1 seat, said she would like to see the school system make a more concerted effort to reach out to parents and provide opportunities for parents to become more involved. She said many parents feel insecure about coming to meetings because of their lack of money or a sense they lack the right clothes to come to meetings.

“So, as a school board member, it’s not just focusing on the children at school,” Michaux said. “I know that we can’t be doctors and psychologists to the children, but we can reach out and motivate the parents to be more involved and to ask the parents, ‘How can I help you?’”

“My belief is that increasing opportunities in quality early childhood education for all of our children, especially our economically-disadvantaged children, is critical,” Temple said. “We have so many children that come to school with no preschool experiences, which means they’re behind before they even start.”

Amanda McGuire, who is running against Michaux in Ward 1, echoed the need to monitor potential problems in elementary schools to make sure children are on the right track. McGuire, a former teacher, said she would like to work closely with teachers to gain a better understanding of the problems in the schools.

Some candidates discussed how student performance varies by school.

Temple said she was encouraged by the numbers for Longview Elementary. The school, which serves grades 3 through 5, had much higher percentages of white, Black and Hispanic students scoring at or above grade level than the comparable state figure for elementary and middle schools.

Drawing on her own experience as a parent, Hannah talked about the contrast between the positive experiences with Viewmont Elementary versus the problems she saw at Southwest.

She said she was reluctant to send her son to Southwest because of what she heard about the school. “My goal is to make everything fair, to figure out what we can do as a board to have all the schools on similar grounds,” Hannah said.

Siemering said he thought there would be more resources to deal with challenges in the Hickory system if the three school systems were consolidated. “I get it, because there’s people at the top that they want to keep their job,” Siemering said. “To me, the money that’s spent on all of that administration and weight at the top could be spent on solving the problems you’re referring to.”

During the next school board term, there is likely to be much discussion over whether COVID-19 vaccines will be required for students.

Pfizer has submitted a request for approval of its vaccine for children ages 5 to 11, and that approval is currently pending with the FDA.

It is not clear exactly how a COVID-19 vaccine in North Carolina would play out in schools, though it would likely be a mandate from the state government, which already currently requires students to get certain vaccines.

Five of the six candidates running for school board shared their feelings on the prospect of a vaccine mandate.

Siemering stressed the importance of following state guidelines and said he would personally support requiring vaccines.

Michaux said she believed the state government would make the right choice in deciding whether to require a vaccine.

“I do think it is a personal choice at this point but if it was a mandate I think that, I’m sure and I have a lot of confidence that the government would not make a bad decision when they make it a mandate,” Michaux said. “I’m sure that they will do their research, and I’m sure that they will try their best to make everyone comfortable with taking the vaccine.”

McGuire said she doubts the school board will have any input on the vaccine, but to the extent that the school board does have any discretion, there would need to be careful research and input from parents and staff members before making a decision.

Temple said she had mixed feelings about a vaccine requirement. “As a parent, I feel like that is a decision that I need to make for what I believe is best for the health and well-being of my child and my family,” Temple said. “From the community health aspect, we are seeing that vaccination is a very positive way to stop the spread of COVID-19.”

She added that more data would need to come out to persuade her that vaccines would be needed for younger children in particular. She said she was open to being persuaded as more information becomes available.

Hannah said the school system would have to take a lead role in sharing information if the state does institute a mandate. “I feel like, as a school board, we’d have to really, really educate the parents,” Hannah said.

Ittiely Carson, an incumbent member of the school board who is running unopposed in Ward 3, declined an interview for this story.

Note: Voters must live in the wards having elections this year in order to vote in the Hickory school board races. The races are not citywide or school system-wide.

The Hickory school board will be hearing a presentation on more recent student performance datat at its meeting on Monday at 6:30 p.m. at Northview Middle School located at 302 28th Ave. NE.

A nearly $29.3 million construction bid for the new Maiden Elementary School was unanimously approved by the Catawba County Schools Board of E…

Over the past two years, 380 students have left Catawba County Schools to study at home.

A woman who submitted 24 book challenges in March was back before the Catawba County Schools Board of Education on Monday.

Metal detectors have been installed. Windows have been tinted to make it harder for someone to peer inside a school. Security cameras have bee…

What can Appalachian State University do for Hickory?

Catawba County Schools will be getting a new walkie-talkie system with a price tag of nearly $151,000. 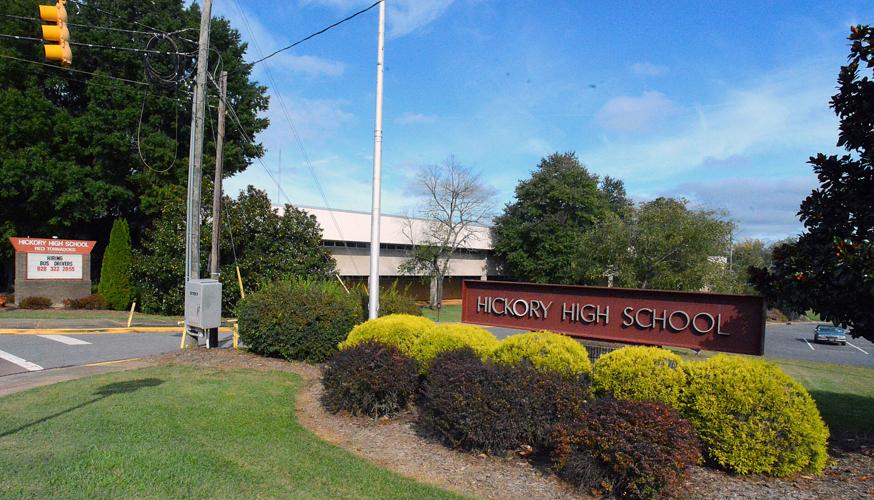 Five of the six candidates running for Hickory school board this year shared their thoughts on some of the problems facing the school system. 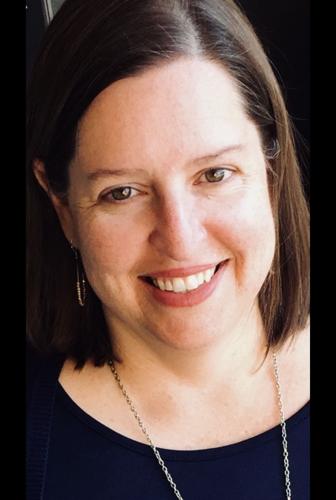 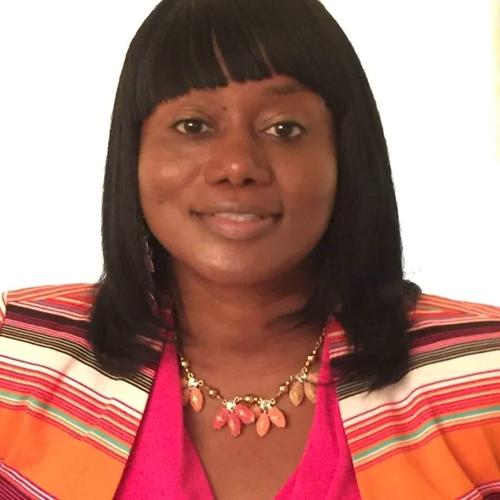 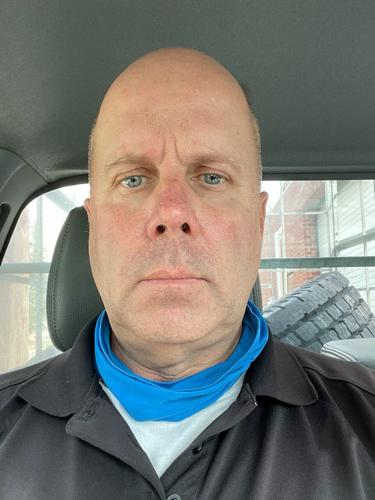 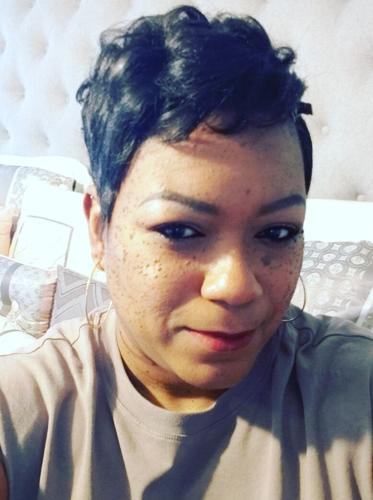 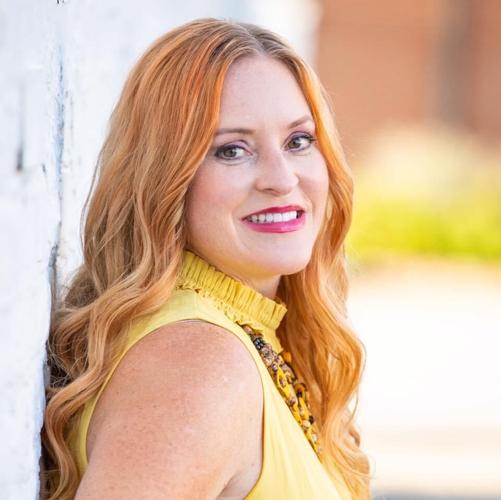