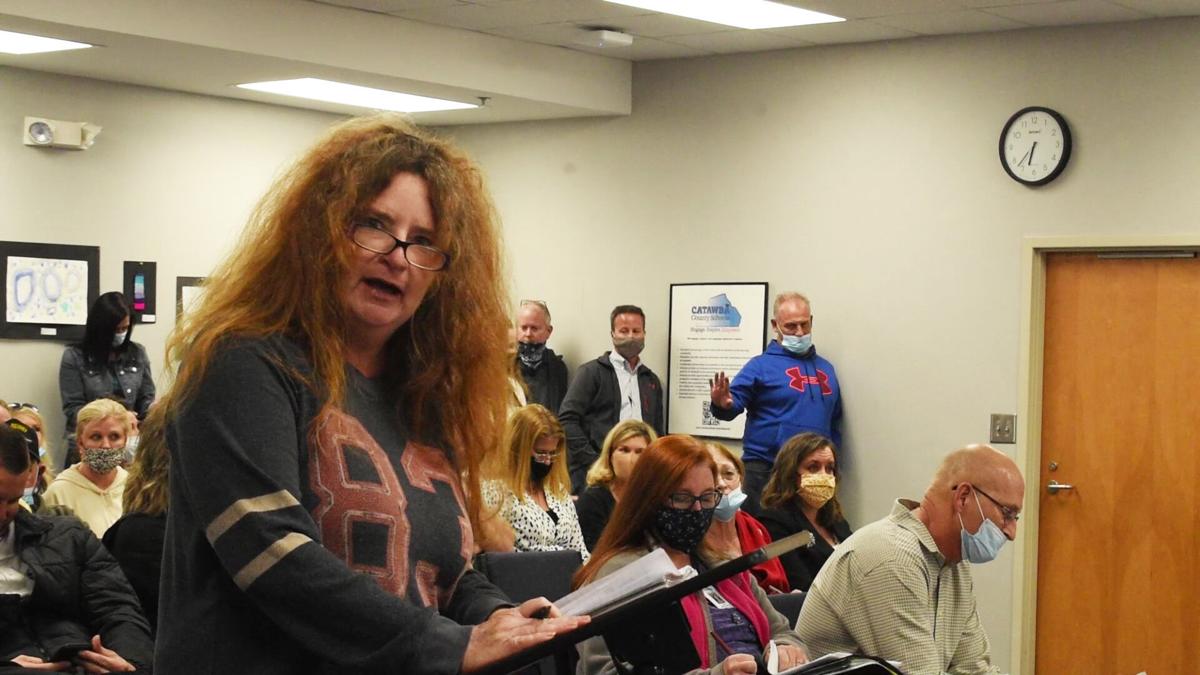 Kellie Boro was removed from the Catawba County Schools board meeting on Monday. Here, she addresses the board during the public comments portion of the meeting. 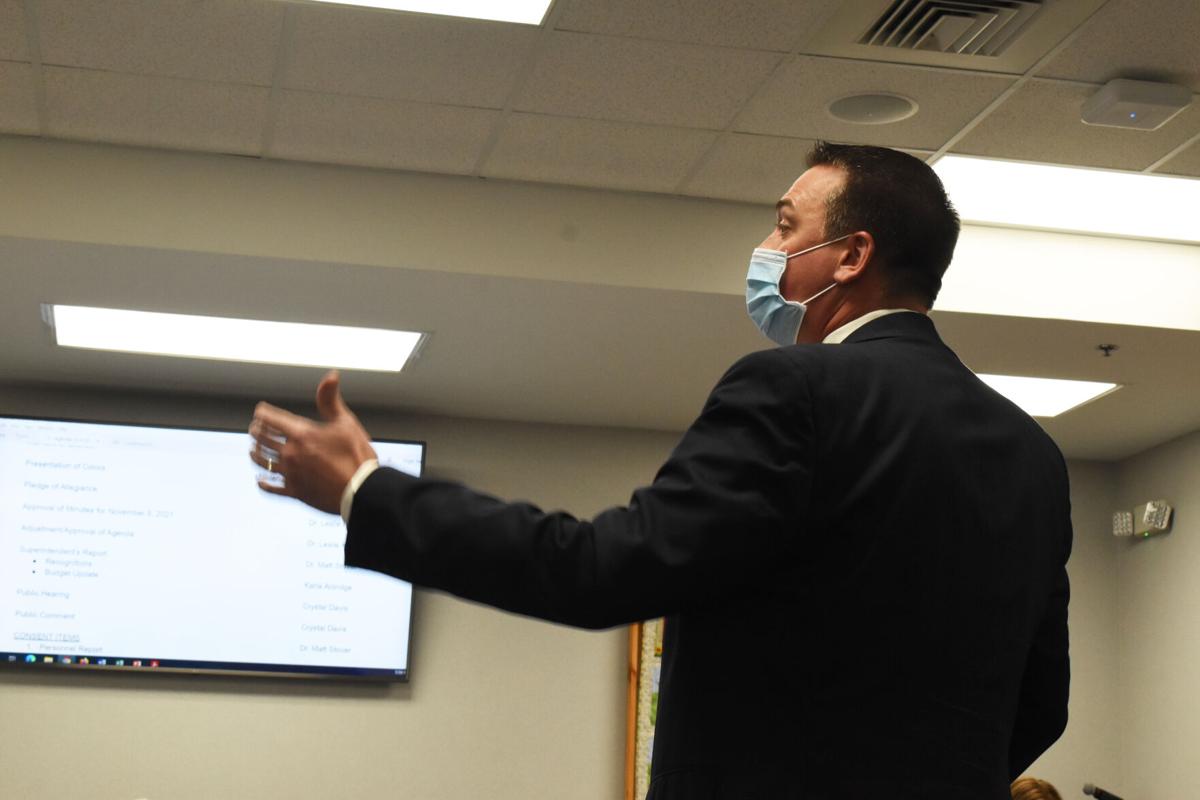 Catawba County Schools and Newton-Conover City Schools will be participating in a study of COVID-19 testing with Duke University that will provide an alternative to placing unvaccinated students in quarantine when exposed to the virus.

Both boards approved the participation at meetings on Monday.

The study, known as Test to Stay, will be free to the districts, and the university will provide all the COVID-19 tests. The university is gathering data to identify safety measures and reporting their finding to the state Department of Health and Human Services.

The Newton-Conover City Schools Board of Education voted unanimously to participate in the study.

Beth Penley, assistant superintendent of district operations for Newton-Conover City Schools, said Test to Stay will benefit students who are not vaccinated to help keep them in school if they don’t test positive.

Under the new program, if a student is exposed to COVID-19, they will be tested by a school nurse. If they test negative they can stay in school but must wear a mask for 14 days, Penley explained to the school board. Starting from the day they are exposed, they will be tested for COVID on days one, three, five and seven. They also must remain asymptomatic during the 14-day window.

This new program will not affect the school board’s decision to make masks optional starting in January, Penley said following the meeting. Penley said their nurses are already trained to administer COVID-19 tests.

School board member Phillip Heath said he anticipates the school system will see an increase in positive cases once Newton-Conover enrolls in Test to Stay.

From a school board member

Phil Heath, a member of the Newton-Conover City Schools board of education, was unhappy with a sentence in the attached story about COVID-19 testing.

This is the sentence:

School board member Phillip Heath said he anticipates the school system will see an increase in positive cases once Newton-Conover enrolls in Test to Stay.

Here is a portion of Heath's response in an email to the editor:

Look, anyone who was at that meeting that night, and halfway listening, heard the full context of what I said and the context was a big reason for why I made mention of it in the first place. The idea was that we should be prepared to explain to our staff, students and community that because of the testing protocols, we expect to see more positive tests but less quarantines. If people see your weekly reports about increased positive text numbers without proper context, they will jump to unfounded conclusions."

Board member Tim Hayes said he proposed Test to Stay because his goal is to keep students in school rather than having to go home due to exposure.

The option will be available starting Friday. Parents and guardians will need to consent to Test to Stay. Penley said parents will be contacted if their child is exposed to the virus and will be given the option to choose Test to Stay then.

“This gives the opportunity for parents that want their kid to stay in school, if they don’t have any symptoms. They can’t have any symptoms and they obviously can’t test positive.” Superintendent Matt Stover said. “They would have to mask and they would be part of it for four tests. In most cases, students self-administer that test under the guidance of our school health officials, whether it’s the nurse or the nurse assistant.”

If parents decide to quarantine the child instead, the student would still be able to test between day five and day seven and return to school on day eight, if the tests are negative. Students that are vaccinated will still be allowed to stay in school and will not be subject to quarantine or testing, as long as there are no symptoms.

During Stover’s presentation, audience member Kellie Boro raised a question. Board Chair Leslie Barnette told her that she could not ask, since public comments were over. Boro continued talking and was asked to leave, eventually being led out by police while other audience members voiced their disapproval of Boro’s removal from the meeting. “Here’s my question, since you are kicking me out. What does Duke University do with the DNA?” Boro said.

Board Attorney Crystal Davis said that Duke University does not get DNA. The university instead gets the results of the COVID-19 tests.

Watch Now: Travel issues continue with no end in sight

Watch Now: What you need to know about at-home COVID tests

Watch Now: What you need to know about at-home COVID tests

Firefighters rescue dog from the edge of a cliff in China

Firefighters rescue dog from the edge of a cliff in China

Kellie Boro was removed from the Catawba County Schools board meeting on Monday. Here, she addresses the board during the public comments portion of the meeting.