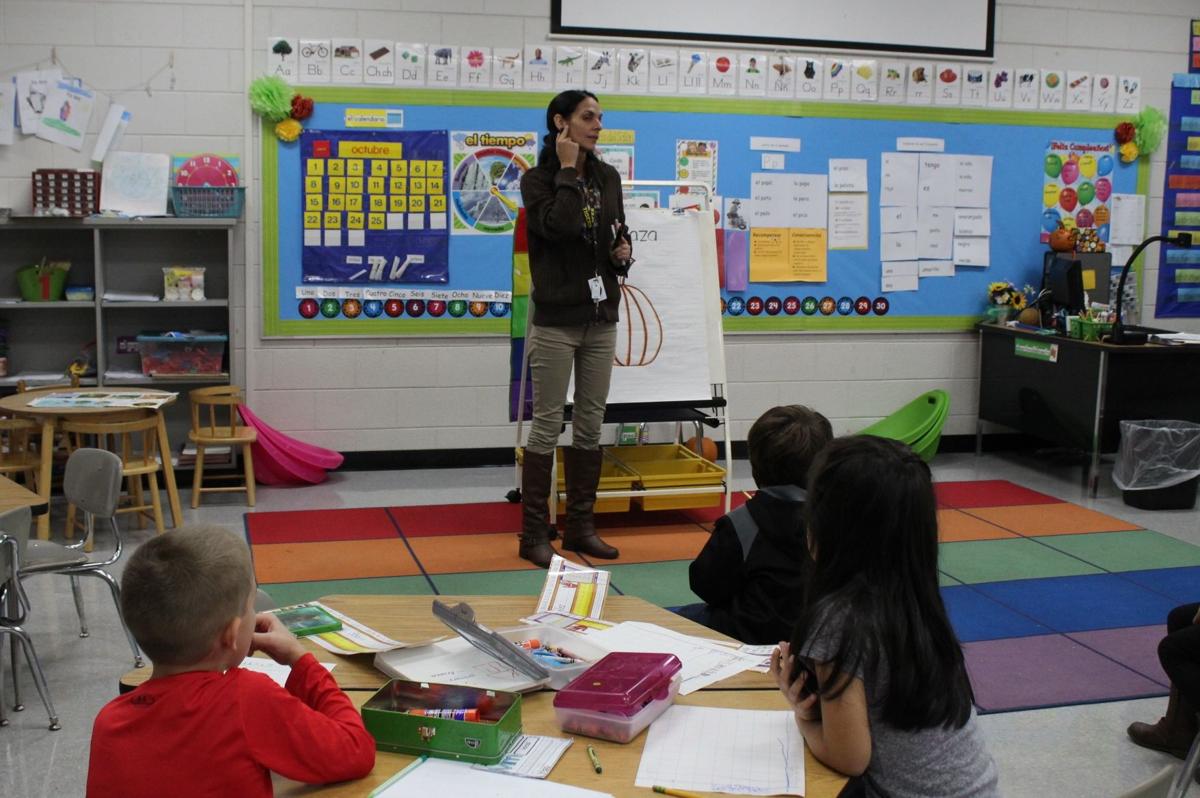 KRISTEN HART/HICKORY DAILY RECORD: Luisa Cappai teaches her kindergarten class how to count and graph while teaching in Spanish. 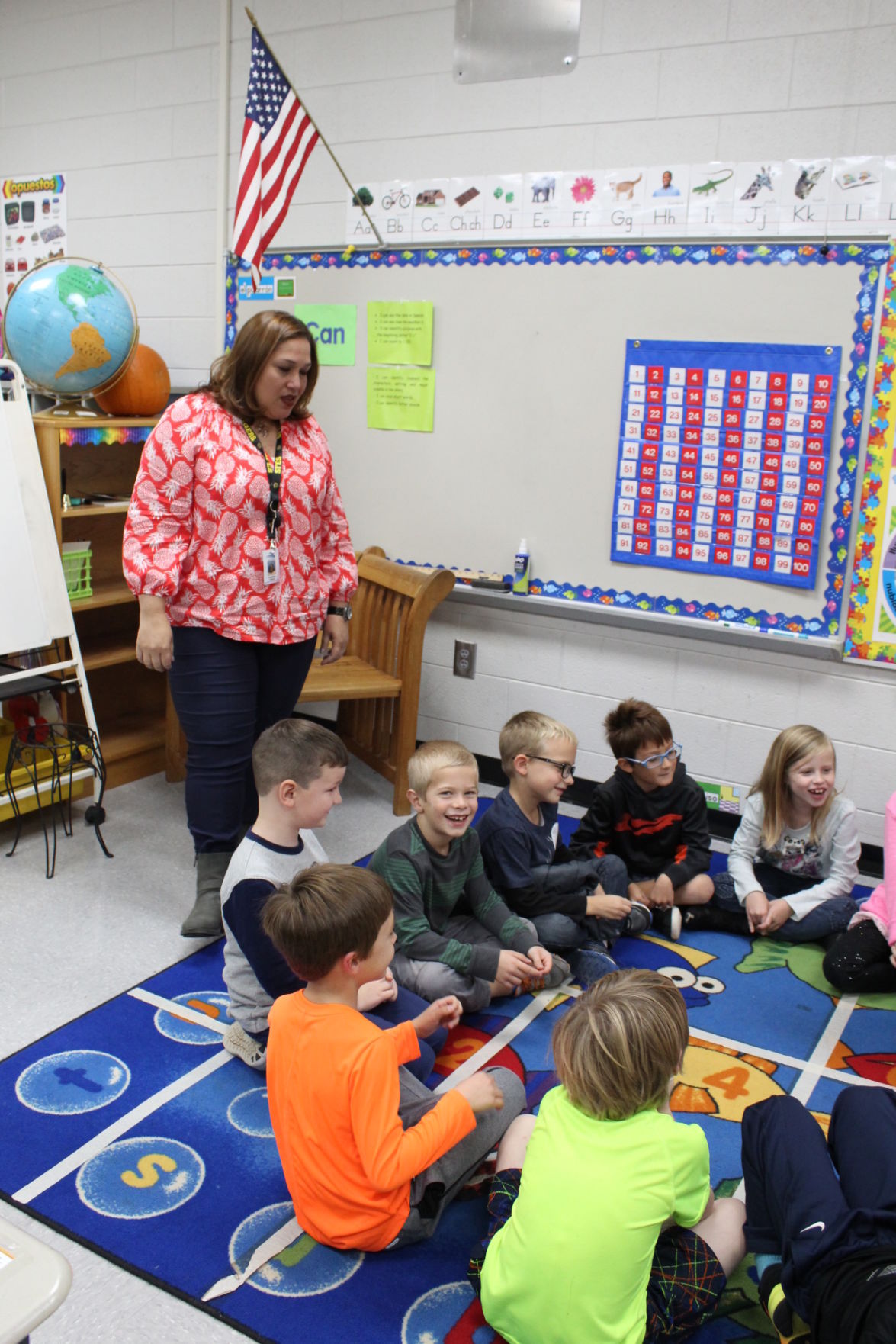 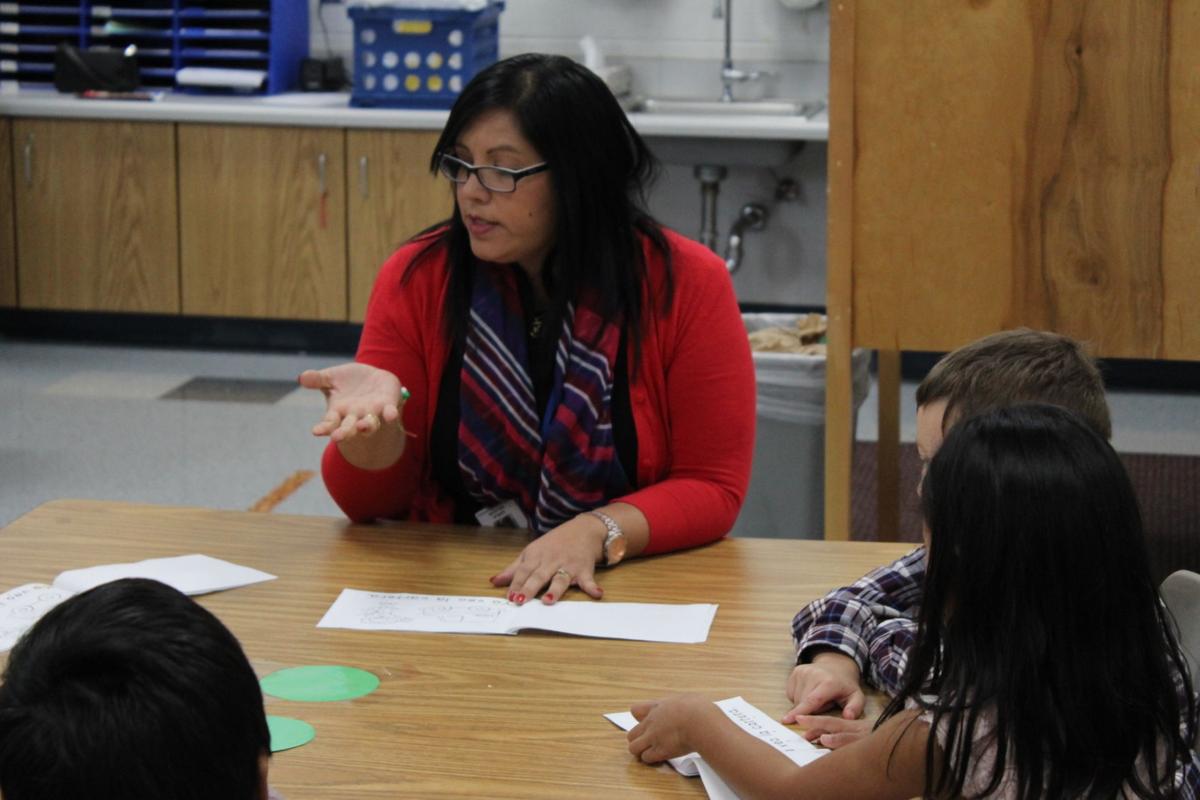 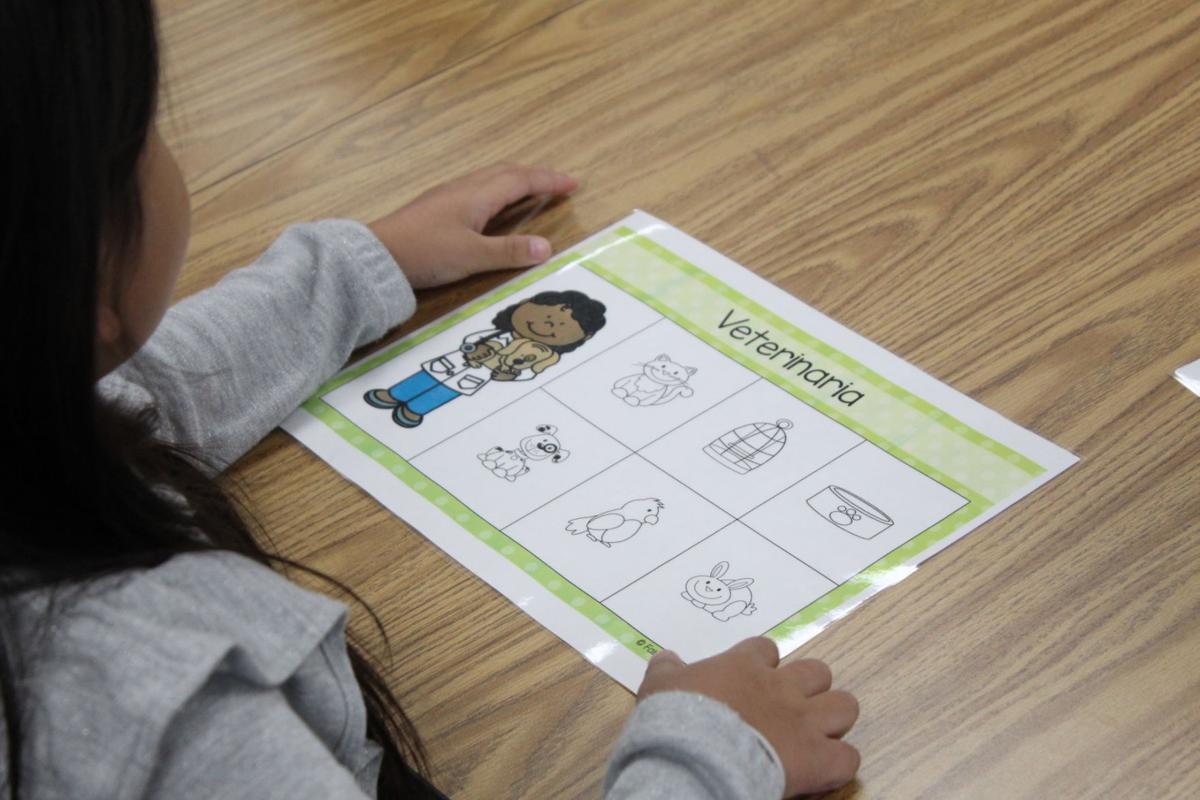 This school year, Sherrills Ford Elementary and St. Stephens Elementary introduced a new program to allow kindergarten students to learn a new language by integrating it into their studies. This is done through the Dual-Language Immersion program.

“The reward in it all is to see the kids and see how they light up,” Gissy said. “If they are Spanish-speaking kids, in the beginning of the year, they were lost in my room, and then they went to the other room and they flourished because they understood and felt comfortable.”

Today the students’ comprehension of both languages is growing and they are able to understand material in both classes, according to Gissy.

“They’ve transitioned very well,” Gissy said. “It’s nice to see [the students] be encouraged and excited about what they are doing.”

St. Stephens Elementary was chosen for the program due to its high enrollment of Spanish-speaking students, according to Dana Greene, the ESL Coordinator for Catawba County Schools. The classes are made up of a mix of native English and Spanish students. The students learn to interact with one another as the year goes on and they learn the two languages.

“The kids are happy,” Greene said. “They’re thriving in [class]. They understand what the teacher is saying even if they can’t yet respond back just yet.”

Sherrills Ford Elementary has two 90-10 classes. One is a kindergarten class and the other is first grade. Both classes are taught by native Spanish speakers.

“We choose the 90-10 model just due to the fact we don’t have a large population of students who are native Spanish speakers,” Lathan Fowler, principal of Sherrills Ford Elementary, said. “For [the students] to pick up the language quicker we needed them to do the 90-10 model.”

For the classes that are 90-10, there are times when the teacher must speak English for clarity. If this happens the teacher will immediately repeat what she just said in Spanish, according to Greene.

Fowler said in the beginning of the school year the teachers had to give some instruction in English only because they didn’t yet know any Spanish, but now the students are learning completely in Spanish with little need for English.

All teachers are certified to teach kindergarten through sixth grade, according to Greene

In Vanessa Ramos’ first-grade class at Sherrills Ford on a recent afternoon, the students were playing a version of the game hot potato. In this version the kid who ended up with the “hot potato” would then be asked a simple math question. However, the questions were asked completely in Spanish. The students would solve the problems speaking aloud in Spanish, displaying their comprehension.

“They understood the directions in Spanish and they answer in Spanish,” Stephanie Wilson, marketing for Catawba County Schools, said.

Wilson also has a daughter enrolled in a Dual-Language Immersion class and has seen the progress at home where her daughter teaches her how to speak Spanish.

“Just reading in kindergarten in English as an English speaker is hard enough, but now we have kindergarten students who are reading four-, five- and six-word phrases in Spanish and then translating in English,” Fowler said.

To assist in the Dual-Language Immersion program, Catawba County Schools partners with Participate, a group that helps to enable equitable access to high-quality language immersion programming and global instruction, according to the Participate website.

Participate offers support and helps with teacher recruitment to Sherrills Ford Elementary and St. Stephens Elementary, according to Greene.

After this academic year, enrollment for Dual-Language Immersion classes will only be available to those starting kindergarten. This is because kids in kindergarten have an easier time picking up a new language than older kids, according to Greene. For students who still want to learn Spanish, Catawba County Schools offers Spanish courses.

Applications for Dual-Language Immersion classes will be available in early 2019, according to Greene.

A pedestrian was transported by Catawba County EMS after being hit by a truck on Rifle Range Road Thursday afternoon.

This story was updated with new information at 5:19 p.m. on July 6.

KRISTEN HART/HICKORY DAILY RECORD: Luisa Cappai teaches her kindergarten class how to count and graph while teaching in Spanish.