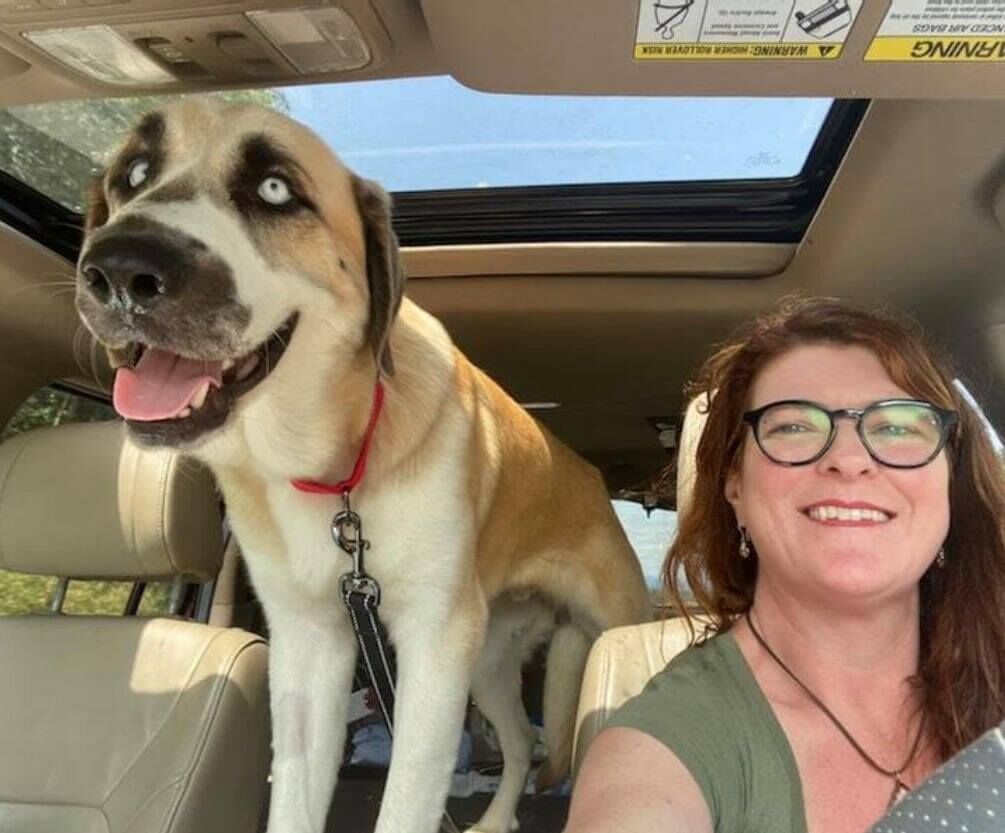 Zeus and his owner Sarah McKinney were involved in a car wreck Monday when McKinney lost her life. Zeus was found the next day near the crash site. 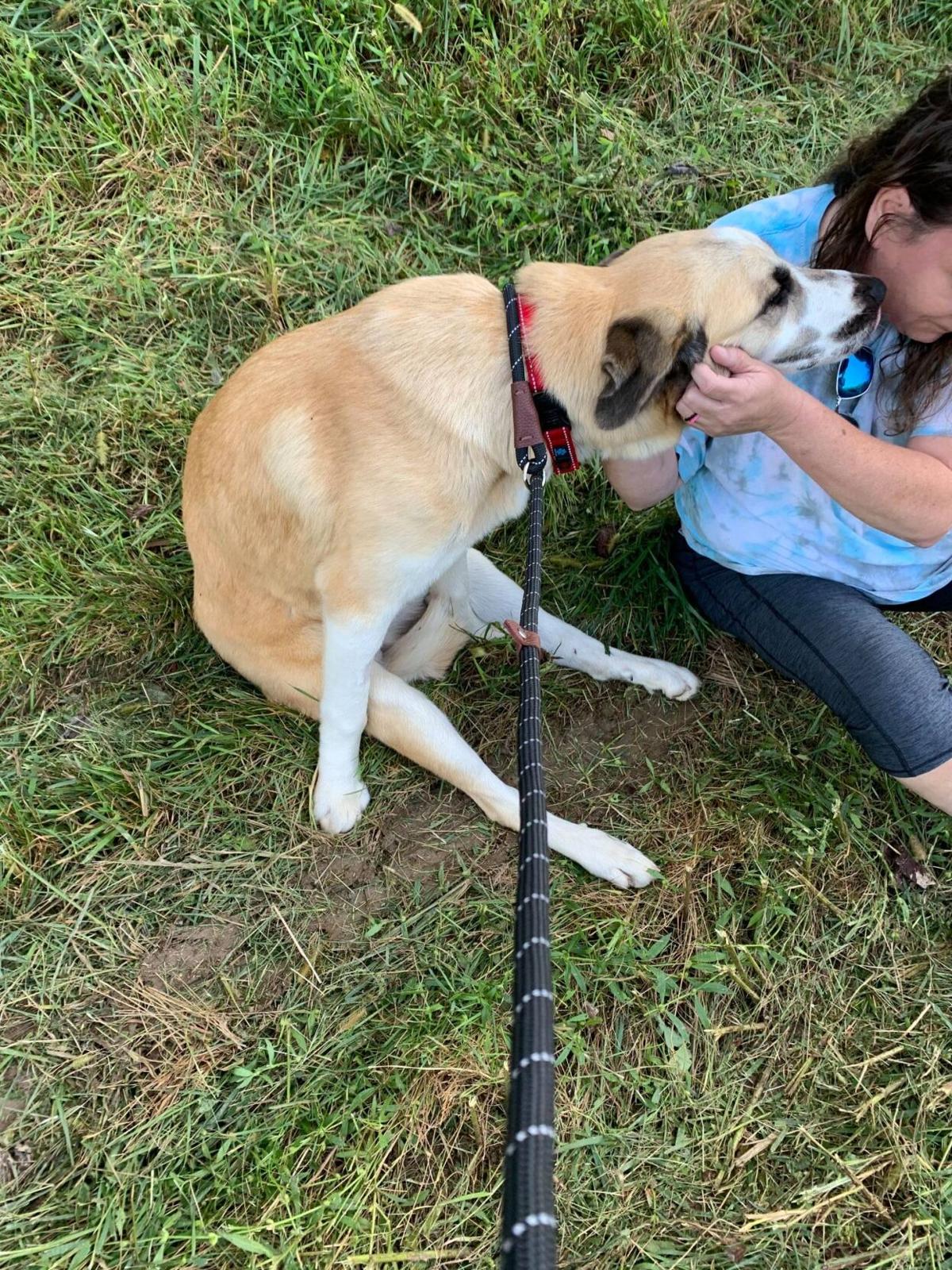 Zeus gave out gentle kisses to his rescuers just before he was taken to an emergency vet in Hickory.

Zeus the dog was lost after a car accident that killed his owner on Monday. Melanie Wilder, a volunteer with Hartman’s Haven Dog Rescue, went to look for Zeus the next day after the wreck.

She drove to the crash site and he was there, sitting on the side of the road. But he was unable to walk on all four legs.

Zeus’s owner, Sarah McKinney, 47, of Asheville, died in a two-vehicle wreck early Monday morning on Interstate 40 near exit 133. She was traveling with her 8-month-old dog at the time. Troopers were unable to locate him during the early-morning hours of  their investigation.

Crystal Hopson, director of Hartman’s Haven Dog Rescue, said the dog may have ended up in a wooded area near the crash.

Wilder said she wasn’t aware anything was wrong with Zeus at first. “I didn’t want to run toward him because I didn’t want him to run into traffic,” she said.

Once she realized he couldn’t move, Wilder, and others who had pulled over to help, walked to Zeus.

Wilder said Zeus shared kisses with everyone that came to his aid. “He was so sweet,” she said.

Wilder said other than Zeus not being able to walk, she saw no visible signs that he was injured. “There was no blood or dirt,” she said.

Wilder took Zeus to an emergency vet in Hickory and then he was moved to Charlotte where he was evaluated. He had surgery on Wednesday to see if he can regain use of his legs, Hopson said.

Any money raised will go directly to Zeus’s care. Additional funds raised will go into the nonprofit’s emergency fund to help other dogs in need of care.

A Newton man and woman were injured in a wreck on Hwy. 70 over the weekend. Both were transported by helicopter to Charlotte. As of Monday, bo…

Residents in and near Long View should keep their eyes open and be sure to keep away from bears wandering around in the area.

Portions of Catawba County could see between 2-4 inches of rain on Thursday from Hurricane Zeta, which is expected to hit the Gulf Coast Wednesday.

WATCH NOW: Man hospitalized after being struck while on lawn mower

HICKORY — A Hickory man was transported to a local hospital after being struck by a vehicle while on his lawn mower Thursday afternoon.

Evictions were halted in North Carolina for much of this year, but since late June,  Catawba County has seen hundreds of evictions filed and l…

One dead in single-vehicle crash in Caldwell County

A Boone resident was killed in a single-vehicle wreck on U.S. 321 north of Lenoir Monday afternoon.

The state is encouraging counties to take more control in combating the coronavirus — something Catawba County leaders asked for in March.

Zeus and his owner Sarah McKinney were involved in a car wreck Monday when McKinney lost her life. Zeus was found the next day near the crash site.

Zeus gave out gentle kisses to his rescuers just before he was taken to an emergency vet in Hickory.