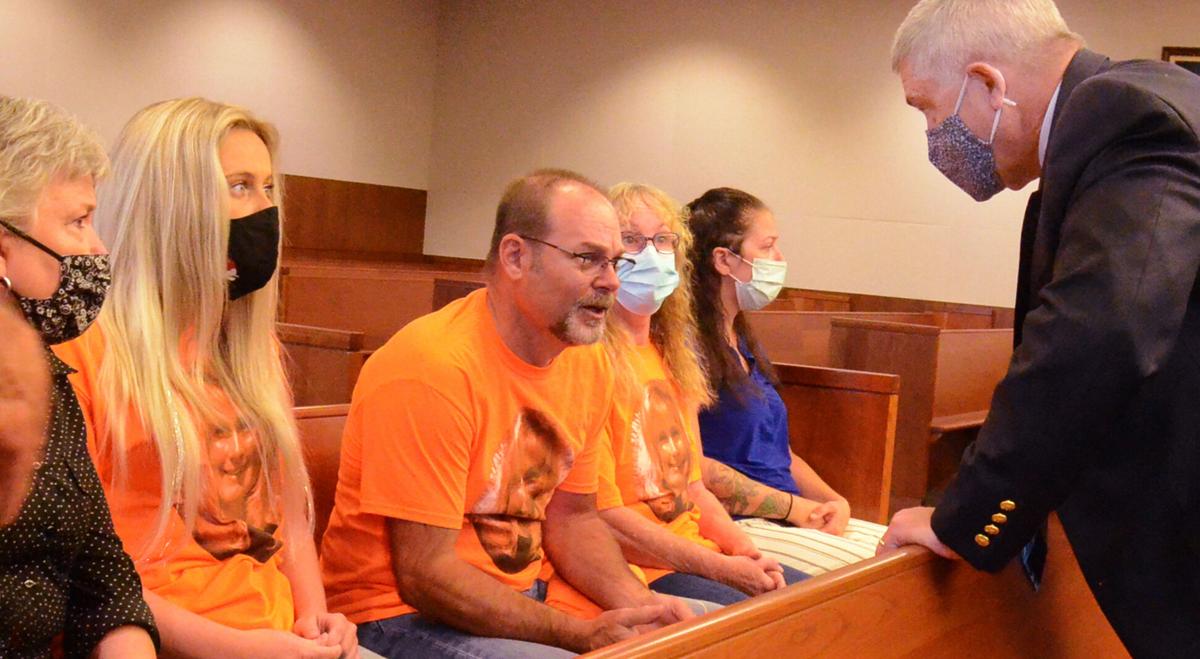 Assistant District Attorney Lance Sigmon, right, addresses members of the Marlow family on Wednesday. Members of the family were in court to see Tangela Parker appear before Superior Court Judge W. Todd Pomeroy. Parker is charged with the shooting death of Michelle Marlow. 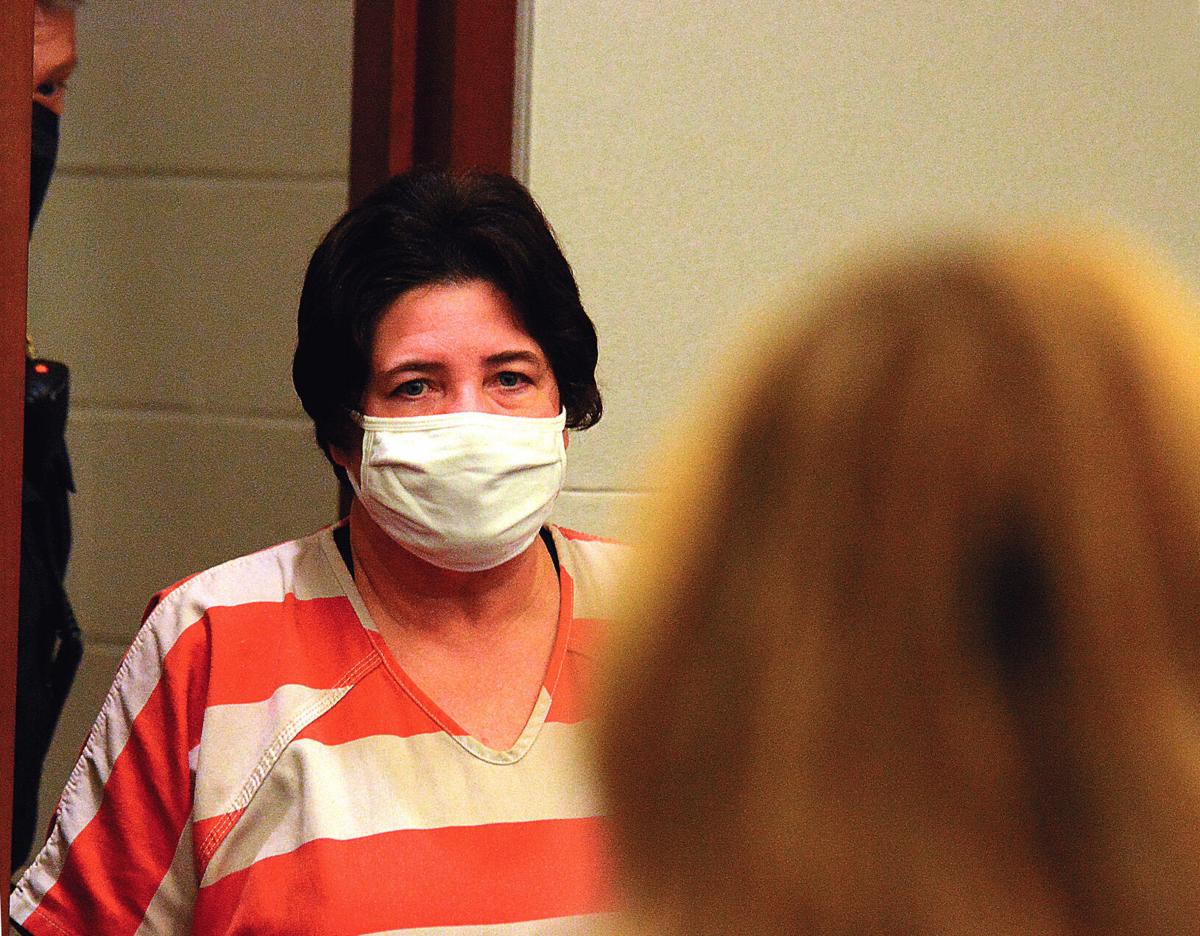 Parker is charged with the fatal shooting of Michelle Marlow at TCS Designs in Hickory in January. Parker and her husband Eric Parker evaded police for six months following the fatal shooting. The two were captured in Phoenix, Arizona.

Tangela Parker’s attorney Victoria Jayne told Judge W. Todd Pomeroy that a member of the Marlow family called Parker’s parents to threaten them. “(Parker’s parents) called to tell me that someone associated with the Marlow family has made calls to them to the effect that they would be idiots if they got my client out of jail and she better stay where she is,” Jayne said.

Judge Lisa Bell granted Tangela Parker a $250,000 bond on Sept. 8 with the condition that only Parker’s parents could pay it.

Jayne said the parents did report the call to law enforcement and the authorities are investigating.

“(Marlow’s family) are telling me they have not had contact with this defendant and/or her parents,” Chief Assistant District Attorney Lance Sigmon said.

“We are going to be professional. I’m going to protect Mrs. Parker’s constitutional rights, and I know the district attorney’s office feels the same way,” Jayne said.

Following the hearing, Marlow’s husband Justin Marlow said no one in his family has made calls to threaten Parker’s parents that he is aware of. “That could have been anybody out there … We don’t discuss (the case) out there in public or nothing because it’s an ongoing case,” he said.

Tangela Parker is scheduled to return to court on Dec. 6.

Sinkholes emerge with the 'unstoppable' receding of the Dead Sea

Sinkholes emerge with the 'unstoppable' receding of the Dead Sea

DNA evidence from a 1991 baby death on the coast of North Carolina has led authorities to an Alexander County couple.

The father of a Hickory man killed in a shooting in Hudson talked about his son and his feelings on the case on Tuesday.

Catawba sheriff's office: Be on the lookout for fake cop

The Catawba County Sheriff’s Office is asking for the public’s help in locating a man accused of impersonating an officer.

Fifty-six year old Howell Thomas Buchanan Jr. had been missing since at least Aug. 12, but it wasn't until Monday that his body was found 12-14 feet deep in a well off Old N.C. 18. Authorities said he had been strangled and beaten before his body was dumped in the well.

Authorities said the body appeared to have been there for about two weeks.

Trial set for final defendant in Claremont slayings; 2016 case could be wrapped up next week

One of the men charged in the 2016 shooting deaths of two people in Claremont is expected to face a jury this week.

Assistant District Attorney Lance Sigmon, right, addresses members of the Marlow family on Wednesday. Members of the family were in court to see Tangela Parker appear before Superior Court Judge W. Todd Pomeroy. Parker is charged with the shooting death of Michelle Marlow.