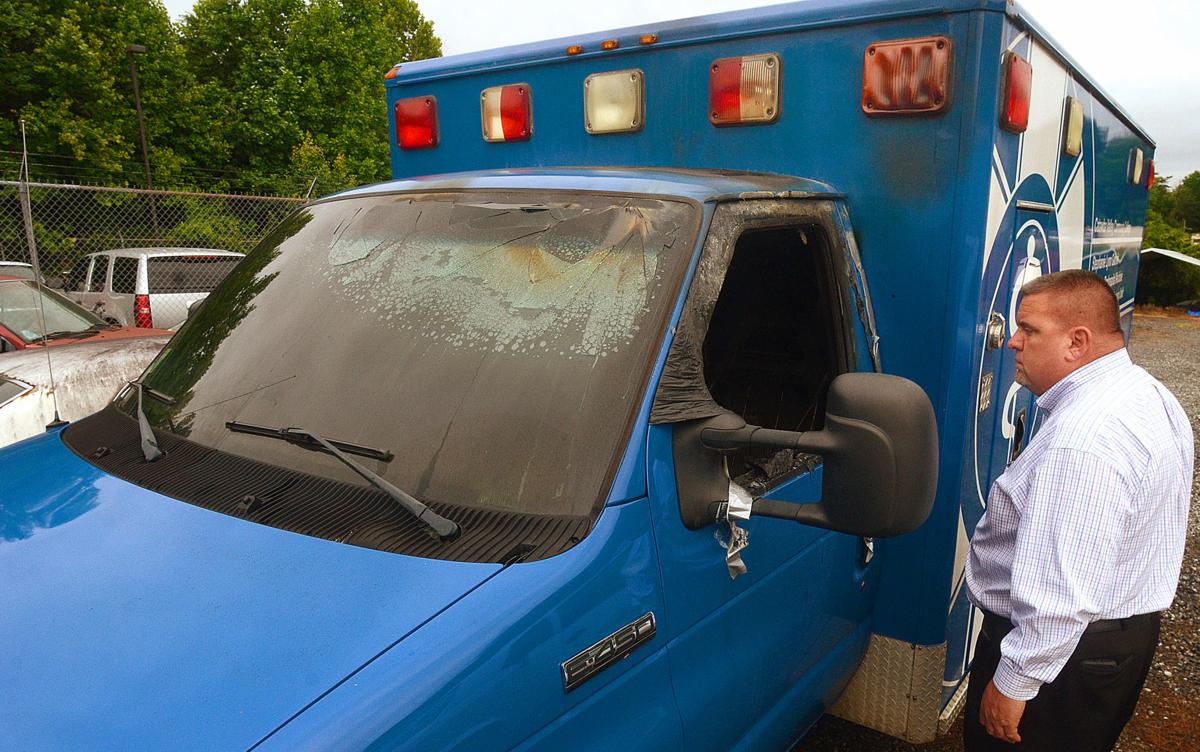 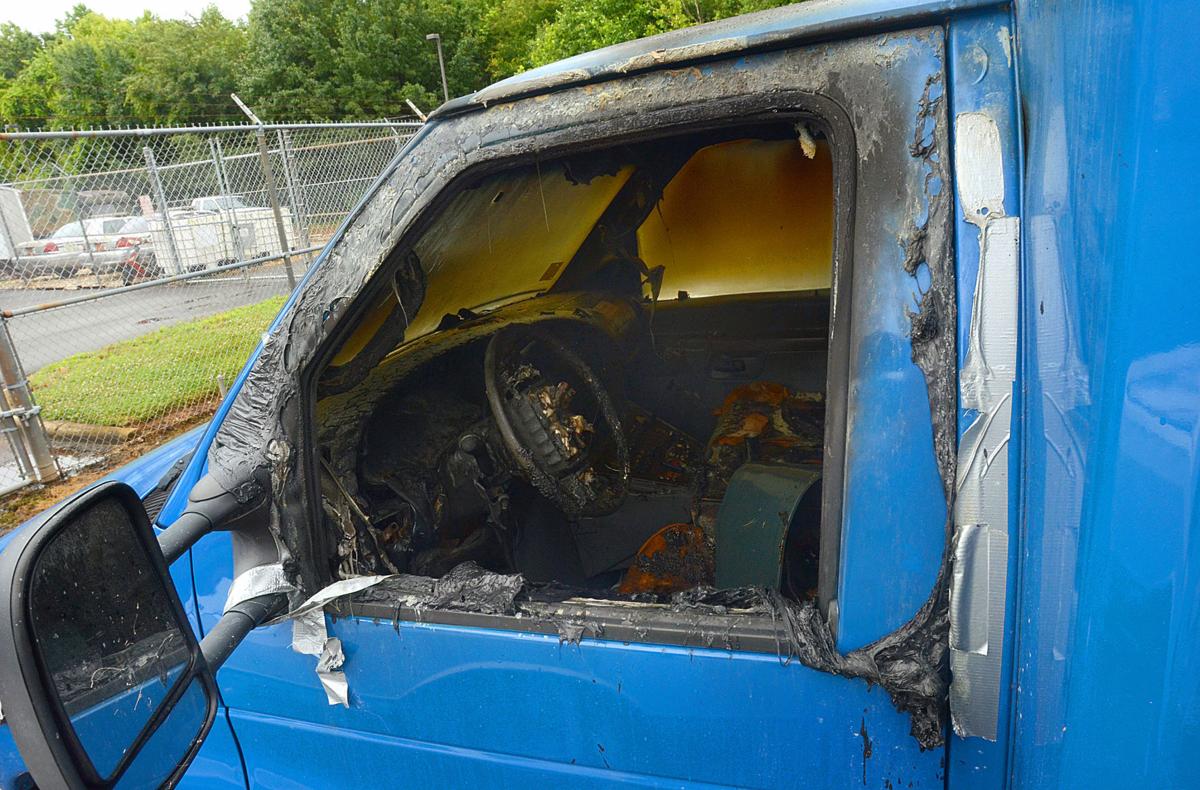 The cab of a Catawba Valley Community College training ambulance was damaged by fire Tuesday night.

A 52-year-old man is charged with setting fire to an ambulance used for training classes at Catawba Valley Community College.

Paul Peter Lavoie is charged with breaking and entering into a motor vehicle and burning personal property. He received a $15,000 secured bond on Wednesday.

His arrest comes after a training vehicle at the community college burned Tuesday night.

Lavoie was arrested in the Mountain View community, according to a press release from the Catawba County Sheriff’s Office.

The vehicle is a total loss, Capt. Aaron Turk of the Catawba County Sheriff’s Office said. Most of the damage was contained to the cab of the vehicle

Investigators with Hickory City Fire Marshal’s Office, Catawba County Sheriff’s Office and agents with the North Carolina State Bureau of Investigation determined this fire was intentionally set, according to the release.

The ambulance was parked at the college’s East Campus.

Turk said a class was in session at the time of the fire. Basic Law Enforcement Training (BLET) cadets, students at the college, came outside where the ambulance was parked to find it in flames. The cadets attempted to put out the fire until Hickory firefighters arrived on scene.

“Excellent work by all agencies involved,” Sheriff Don Brown said in the release. “I join with CVCC leadership in praising not only the work of our investigative team but also the quick response by our BLET cadets. They are the future of public safety in the Catawba Valley.”

Burke sheriff: Deputy back on duty, suspect didn’t pass out during arrest

CONNELLY SPRINGS — A deputy went back on duty Friday and a use of force policy may be revised after a video captured a man appearing to collapse while the deputy had his arm wrapped around his shoulders and neck.

The cab of a Catawba Valley Community College training ambulance was damaged by fire Tuesday night.