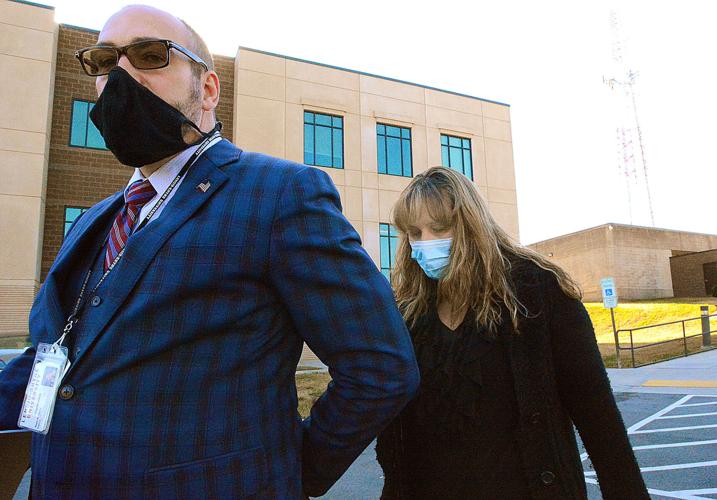 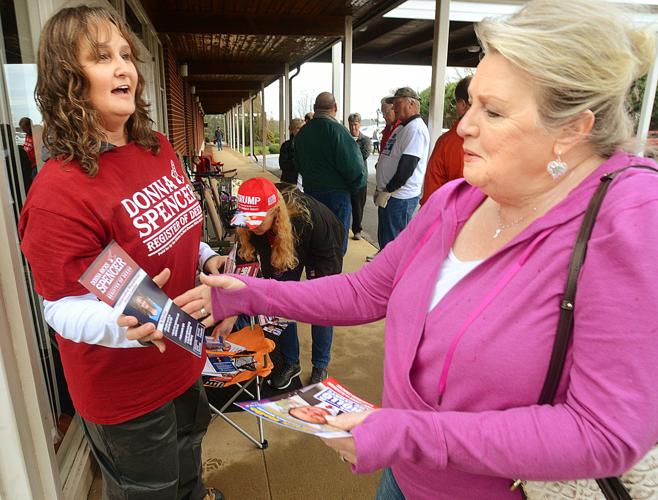 Republican Donna Spencer, the Catawba County Register of Deeds, hands out election material to Gerry Dellinger in this photo from 2020. 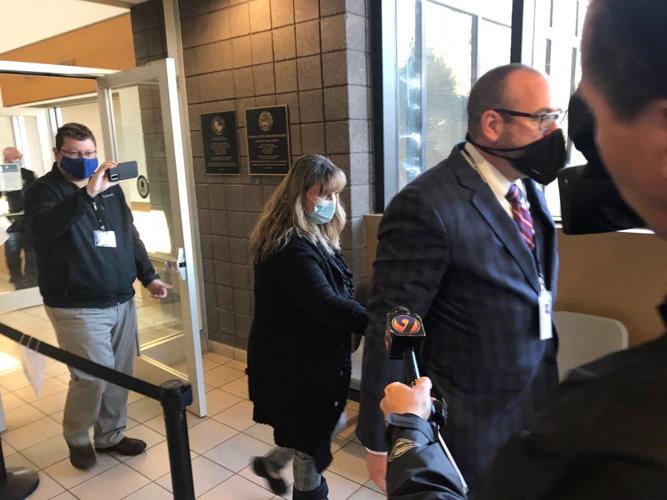 Catawba County Register of Deeds Donna Hicks Spencer has been charged with embezzlement and failing to uphold her obligations as a public official.

The grand jury indictment lists four charges against Spencer: embezzlement by a local or charitable officer, two counts of obtaining property by false pretenses and one count of register of deeds failing to discharge duty.

Spencer, 55, is accused of falsely claiming overtime or other compensated hours that she did not actually work, as well as diverting funds for personal use under the pretext of buying office supplies, according to the indictment. These activities are alleged to have occurred between early 2017 and late 2019.

The State Bureau of Investigation's involvement in the case dates back to April 2020, Angie Grube, public information director for the agency, said. That is when the SBI was asked by the North Carolina Conference of District Attorneys to look into possible criminal conduct in the office, Grube said.

The North Carolina Conference of District Attorneys is a state agency that provides support and assistance to the individual DA's offices across NC.

Spencer faced the charges Tuesday morning at the Catawba County Detention Center. After going before a magistrate, she was issued a $9,900 secured bond, according to Grube.

Spencer said nothing as she left the jail with her attorney Blair Cody on Tuesday morning, but Cody provided a few comments.

“We don’t know enough to say anything right now other than we’re going to defend these charges vigorously, and we don’t have any further comment at this time,” Cody said. “We found out about this this morning.”

Cody added that Spencer intends to keep serving as the register of deeds. Spencer took office in 2004, according to the Catawba County government website. She was reelected last year.

District Attorney Scott Reilly said his office will not prosecute the case and that the conference of district attorneys would handle it.

Suspect in 2021 fatal shooting of 7-year-old appeared in court; Case continued to Sept. 6

A town of Catawba resident was arrested on drug trafficking charges during a traffic stop on Sunday.

Vale man charged with shooting into occupied property; no injuries were reported

A 44-year-old Vale man was charged with shooting into an occupied property in Lincoln County on Thursday.

A Charlotte woman and a Lenoir man were arrested on drug charges in Hickory after police received calls of gunshots being fired.

A 45-year-old Lenoir man was arrested on multiple assault and drug charges after fleeing from officers in Alexander County, according to the A…

A Charlotte man was arrested in Newton after a high-speed chase on Interstate 40 on Sunday.

The age of Jeremiah Walker was updated in this article at 8:50 a.m.

Murder and child abuse charges against a Claremont woman were dismissed during Catawba County Superior Court on Wednesday.

Republican Donna Spencer, the Catawba County Register of Deeds, hands out election material to Gerry Dellinger in this photo from 2020.