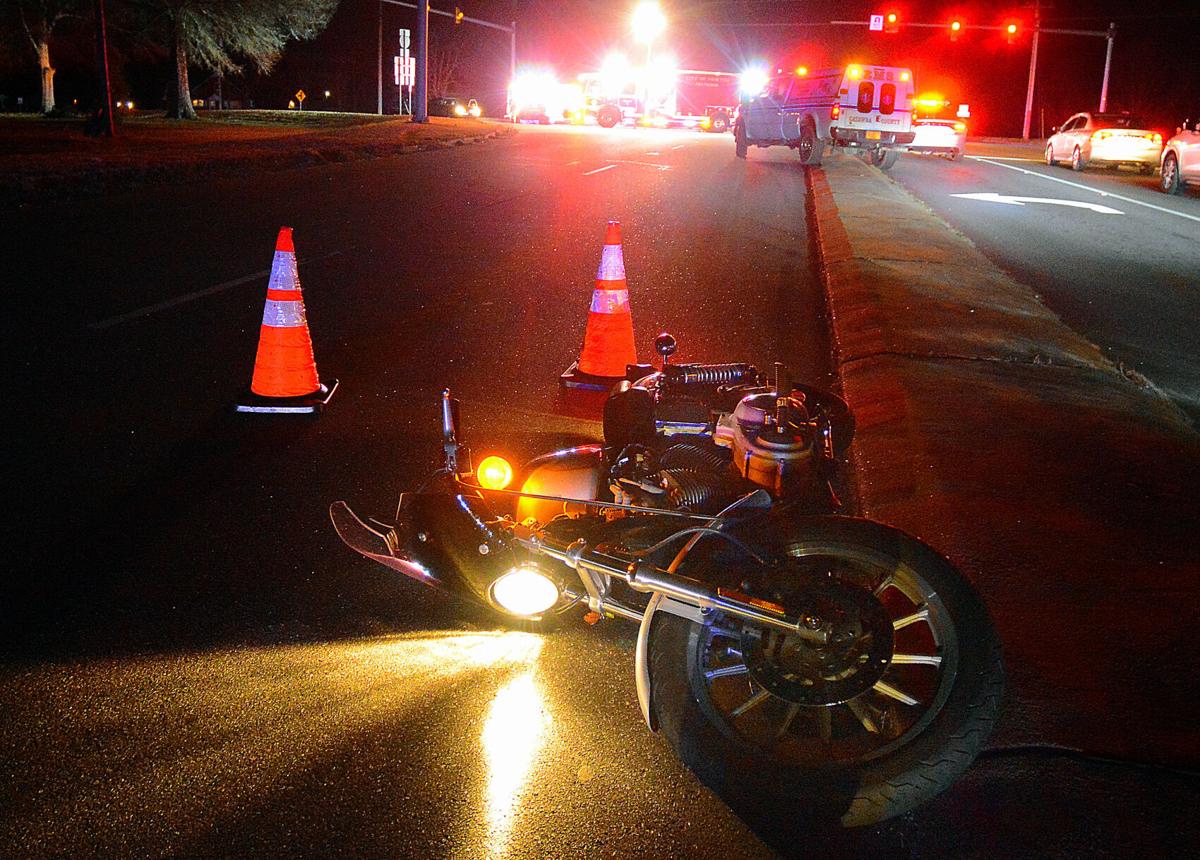 The motorcycle driven by Troy Michael Faust rests on its side with the lights on after the fatal crash at the intersection of Mount Olive Church Road and N.C. 16 on Wednesday night. 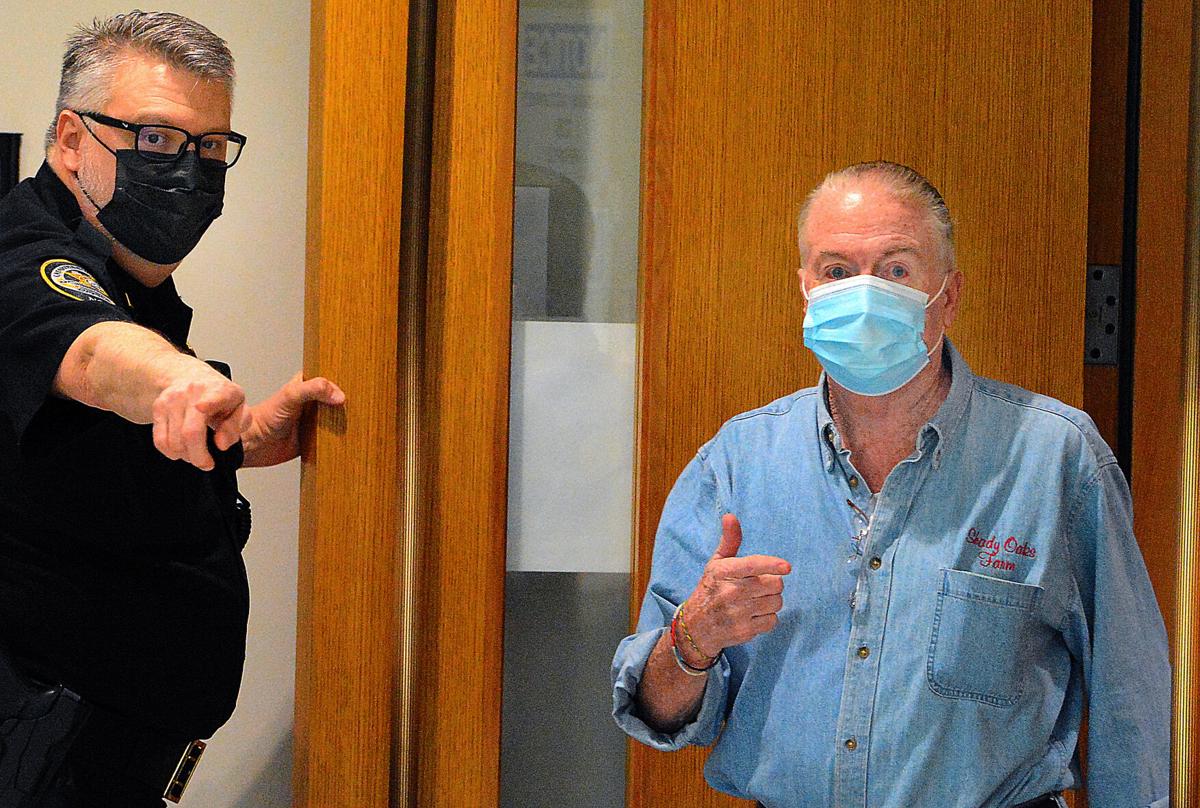 Suspect Timothy Jay Roberts, right, is directed out of Catawba County District Court after his first appearance before Judge Richard Holloway in a fatal hit-and-run case. 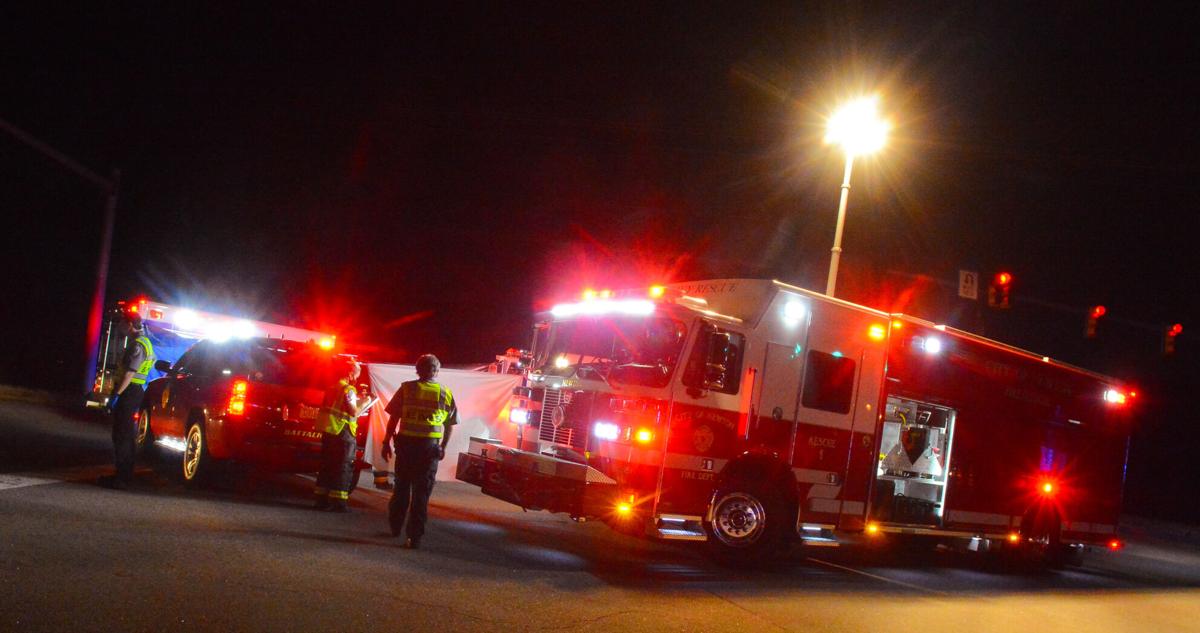 Authorities say a 2004 Ford pickup, driven by Timothy Jay Roberts, 65, of Newton, was traveling south on N.C. Hwy. 16. Roberts attempted to turn left onto Mount Olive Church Road, failed to yield the right of way and collided with a northbound 2000 Harley-Davidson Sportster, according to a news release from the N.C. State Highway Patrol.

The crash occurred around 6:15 p.m. The truck fled the scene, according to the release.

The motorcycle was driven by Troy Michael Faust, 26, of Conover. He died at the scene, the release stated.

Faust is the brother of Catawba County Deputy Brandie Trouille. She’s worked at the sheriff’s office for eight years.

Sheriff Don Brown said the officers will be doing what they can to support Trouille and her family. “We are keeping them in our thoughts and prayers,” he said. “We certainly grieve with them.”

“As law enforcement, we see this stuff a lot more than normal people should, but when it’s one of your own, it’s different,” Brown said.

“We are dealing with our own emotions. We’re dealing with supporting our staff, our employees and our family. And also we have to do our job right and professionally,” he said.

Roberts was arrested at a residence several miles from the scene. He was charged with driving while impaired, felony death by vehicle and felony hit and run. The results of a blood test are pending.

The roads surrounding the scene were closed for six hours during the investigation.

Roberts was in court Thursday morning for his first appearance.

Catawba County Judge Richard Holloway reminded Roberts of the charges he faces and then asked if he planned to hire his own attorney, needed a court-appointed attorney or wanted to represent himself. Roberts told Judge Holloway he would hire his own defense counsel.

A Catawba County man is charged with breaking into mini-storage units in 2019, according to a Lincoln County Sheriff’s Office news release.

Fourteen people were arrested in Alexander County between March 24 and 30 on various charges including burglary and drug offenses.

The motorcycle driven by Troy Michael Faust rests on its side with the lights on after the fatal crash at the intersection of Mount Olive Church Road and N.C. 16 on Wednesday night.

Suspect Timothy Jay Roberts, right, is directed out of Catawba County District Court after his first appearance before Judge Richard Holloway in a fatal hit-and-run case. 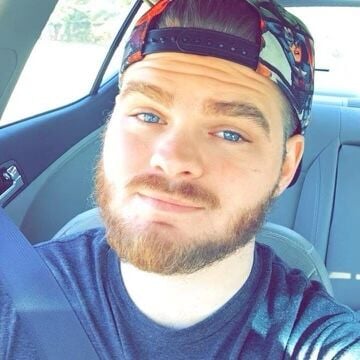