Trump expects to announce Supreme Court pick by week's end; list of finalists at 4 or 5 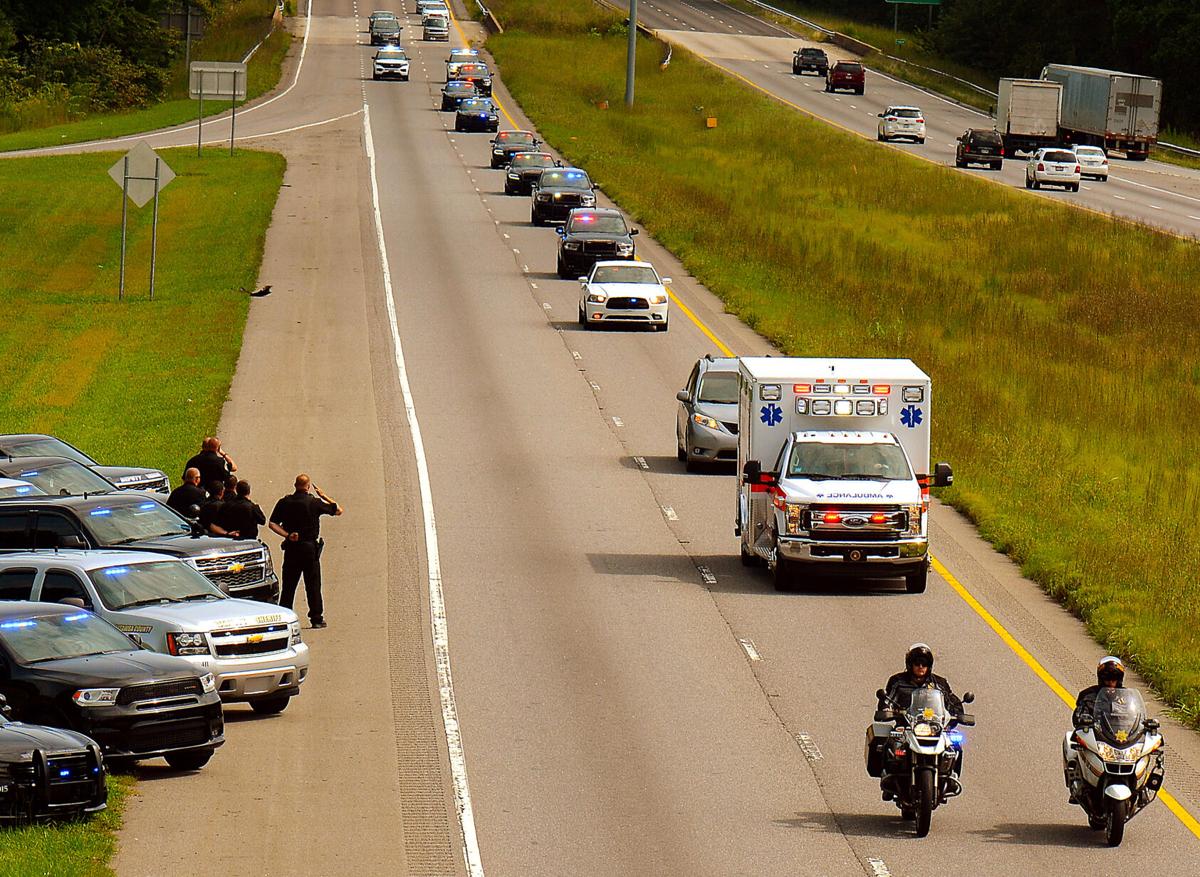 Deputies from the Catawba County Sheriff’s Office stood by their vehicles along I-40 westbound Monday morning as a procession drove by in memory of Henderson County Deputy Ryan Hendrix.

Capt. Aaron Turk with the Catawba County Sheriff’s Office said that it’s important for officers to recognize their fallen comrades. “Any loss of life is tragic,” he said.

Turk said the procession was on its way to Hendersonville where Hendrix will be laid to rest.

Officers from the Hickory and Conover police departments also paid their respect. Conover firefighters displayed the U.S. flag above the U.S. 70 bridge.

Hendrix was fatally wounded while responding to a call last week.

A homeowner in Henderson County noticed a man breaking into a car around 3 a.m. Thursday. The homeowner and the man exchanged gunfire after the suspect took a gun from the vehicle and before deputies arrived.

Sheriff Lowell Griffin with Henderson County said the suspect appeared to comply with commands to show deputies his hands before firing once and shooting Hendrix in the face. The sheriff said two other deputies returned fire and that the suspect, identified as Robert Ray Doss Jr., died at the scene.

Hendrix, who had been with the sheriff’s office since 2012, was a Marine veteran and the father of two children.

The Associated Press contributed to this story.

Four felony drug arrests were made in six days at a Newton residence where firearms, drugs and more than $46,000 were found, according to a pr…