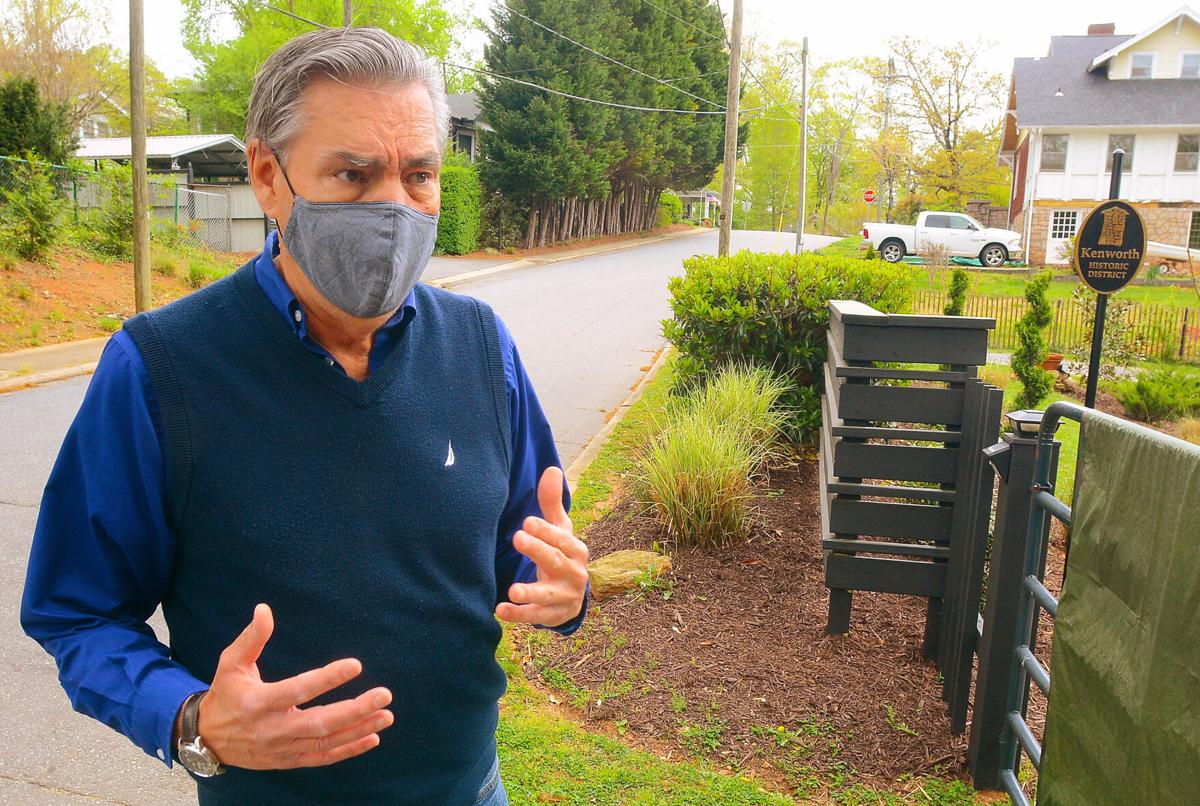 Kenworth resident Greg Schauble discusses his concerns with random gunfire and speeding in the neighborhood. 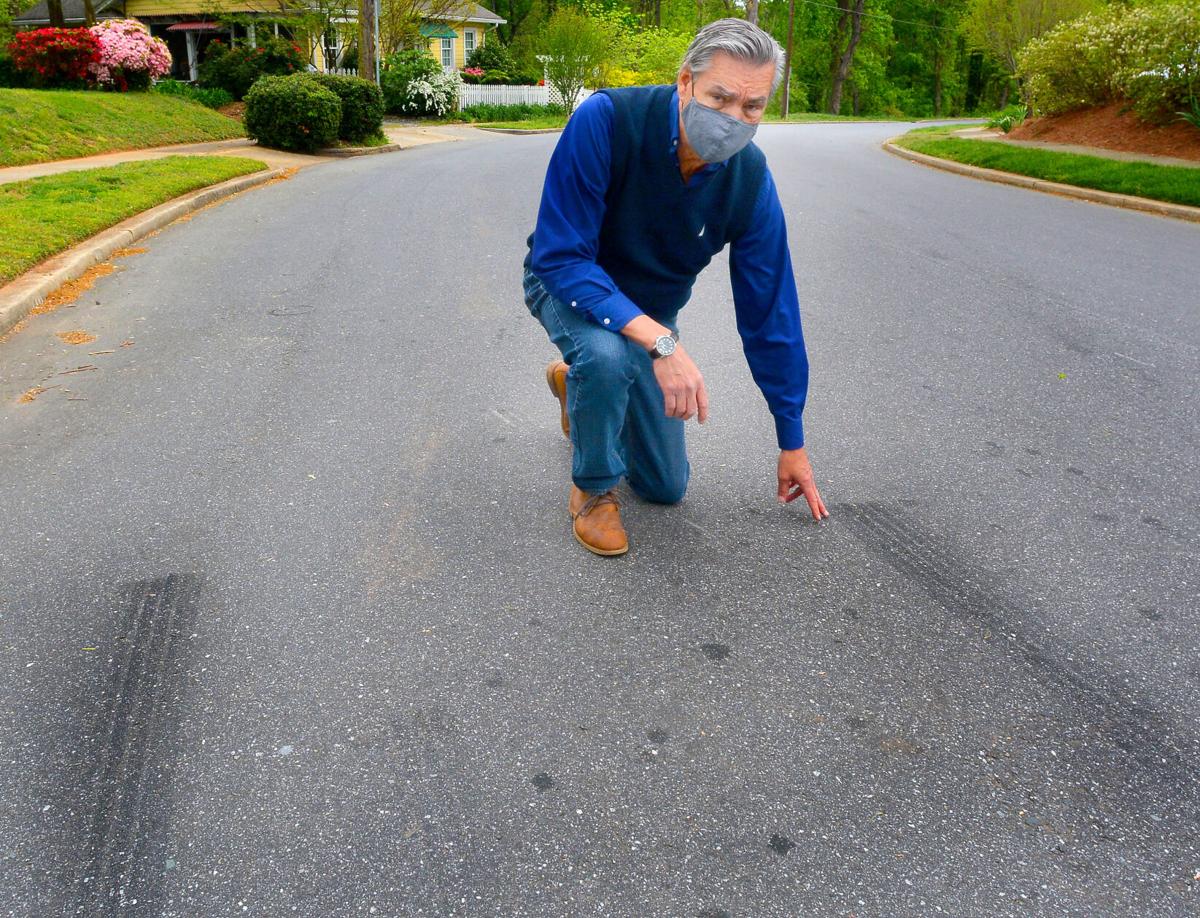 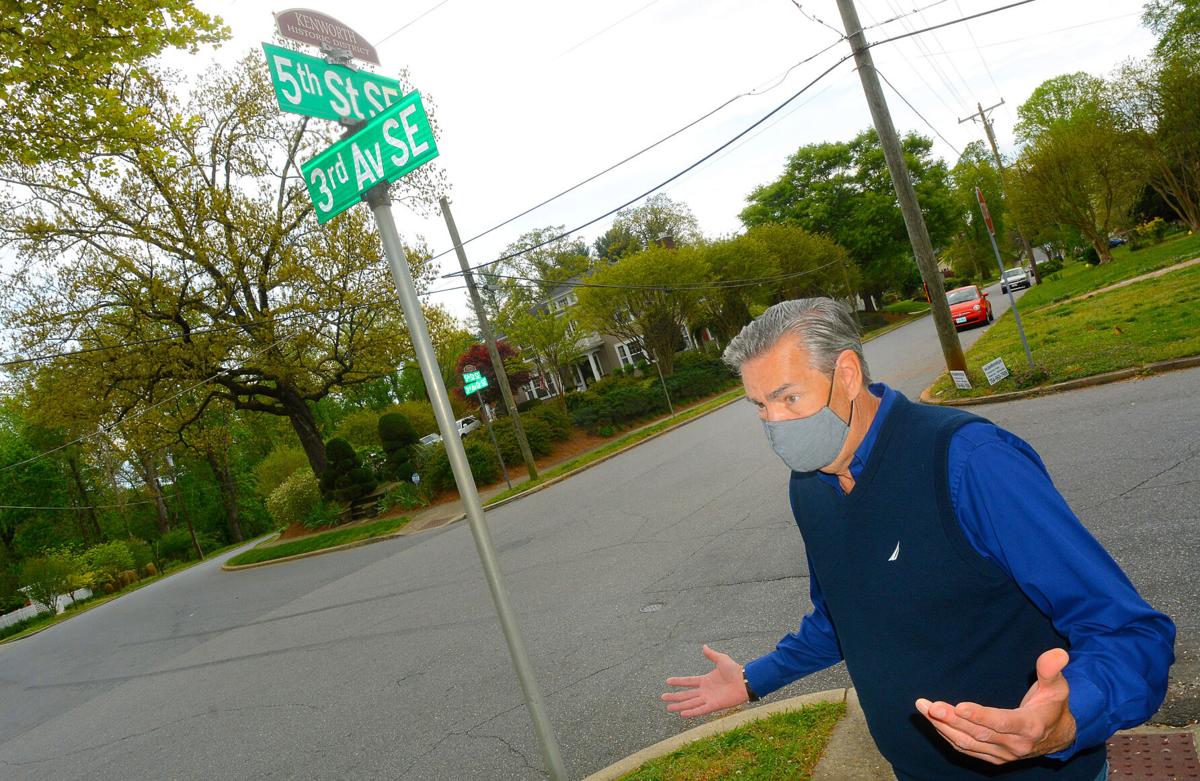 Greg Schauble describes his efforts to have a more visible police presence in Kenworth as he stands at the intersection of Fifth Street and Third Avenue SE.

Greg Schauble and his wife Beth sought refuge in their home upon hearing gunfire a few blocks away on the afternoon of April 9.

A second round of gunfire followed within 15 minutes.

The experience prompted Schauble to email Mayor Hank Guess and Councilman Danny Seaver — whose ward includes the Kenworth community where Schauble lives — to express concerns over safety in the neighborhood.

“Hickory residents should be able to sit outdoors on their property without being subjected to life-threatening criminal activities,” Schauble wrote.

This is not the first time Schauble has appealed to city leaders over safety concerns. Prompted by the shooting of a 14-year-old in October 2019, he emailed members of the Hickory City Council.

The Hickory Police Department has made some changes in response but Schauble still says there needs to be a more visible, consistent presence in Kenworth.

in KenworthThe Kenworth community has been the site of several shootings in recent weeks.

On April 7, a 59-year-old woman and 16-year-old boy were wounded when a suspect fired into a home on Third Avenue SE.

A week prior, several vehicles were damaged in a drive-by shooting near Kiwanis Park.

Police Chief Thurman Whisnant said a juvenile who is believed to have some connection with those shootings has been arrested on a firearms charge.

He said the investigations are still ongoing and that he could not share additional information.

For Schauble, the major concerns he sees now are the same as the ones he raised in 2019: random gunfire and speeding traffic.

There have been some changes since 2019.

One of the most significant involves the city’s patrol divisions. Kenworth was taken out of Charles PACT and put into David PACT, a move that Whisnant said provides more coverage to the area.

Whisnant also referenced other efforts. He pointed to a unit of four officers investigating crimes in the Kenworth community, as well as various undercover activities the department conducts in the area. Whisnant said the four-officer unit was recently formed.

Guess said the city is putting every resource into efforts to address safety in the neighborhood.

“We are certainly part of the solution,” Guess said. “We’re not ignoring the crime and the things that are going on in the neighborhood but unfortunately there’s people that continue to commit these types of crimes and we’re doing everything that we could possibly do to address the situation.”

Schauble acknowledged some of these efforts, saying the officers from David PACT seemed to be more experienced in dealing with areas that had higher crime.

However, he does see a need for a more regular presence so that officers are there to hear and see more of these incidents when they occur.

“We go for long periods of time (without seeing an officer),” Schauble said. “I’ve said ... the main deterrent to crime is certainty — the idea that if you commit the crime you get caught. And if there is no certainty then there is no reason for people to stop acting out.”

Schauble said he suggested a bike patrol in the neighborhood and Whisnant had been receptive to the idea, though it seemed that the bike patrols would be done in multiple spots around the city and not just in Kenworth.

Whisnant said the department currently does have some bike patrols and intends to ramp up the use in warmer months.

Councilman Seaver said foot patrols, bike patrols and increased interpersonal contact between officers and people in the neighborhood would help. He said finding the personnel might be a challenge.

“They just can’t be everywhere at the same time,” Seaver said. “We’re about seven officers short on the force and the competition for good police officers (is tough).”

Whisnant said the department is working to fill vacancies and that the department also enhances its resources through collaboration with other agencies.

“Regardless of police staffing, the most important factor in reducing crime and fear of crime in any community is the level of community involvement and cooperation with the police,” Whisnant said. “It is extremely important that citizens work in partnership with us by calling in and reporting suspicious activity to us immediately when it happens.”

A Taylorsville man has been charged in connection with several break-ins and attempted break-ins in Hickory, according to a news release from …

Six people were arrested in Alexander County this month on a variety of felony charges including assault, breaking and entering and drug charg…

A Lenoir man was arrested in Caldwell County and charged with meth trafficking on Monday.

A Gaston County man was arrested on Saturday, May 1, in connection with a child sexual assault case.

At least four children in the region were victims of a shooting in the last month.

A lengthy drug investigation ended up with a man in handcuffs on a drug-trafficking charge Friday.

Kenworth resident Greg Schauble discusses his concerns with random gunfire and speeding in the neighborhood.

Greg Schauble describes his efforts to have a more visible police presence in Kenworth as he stands at the intersection of Fifth Street and Third Avenue SE. 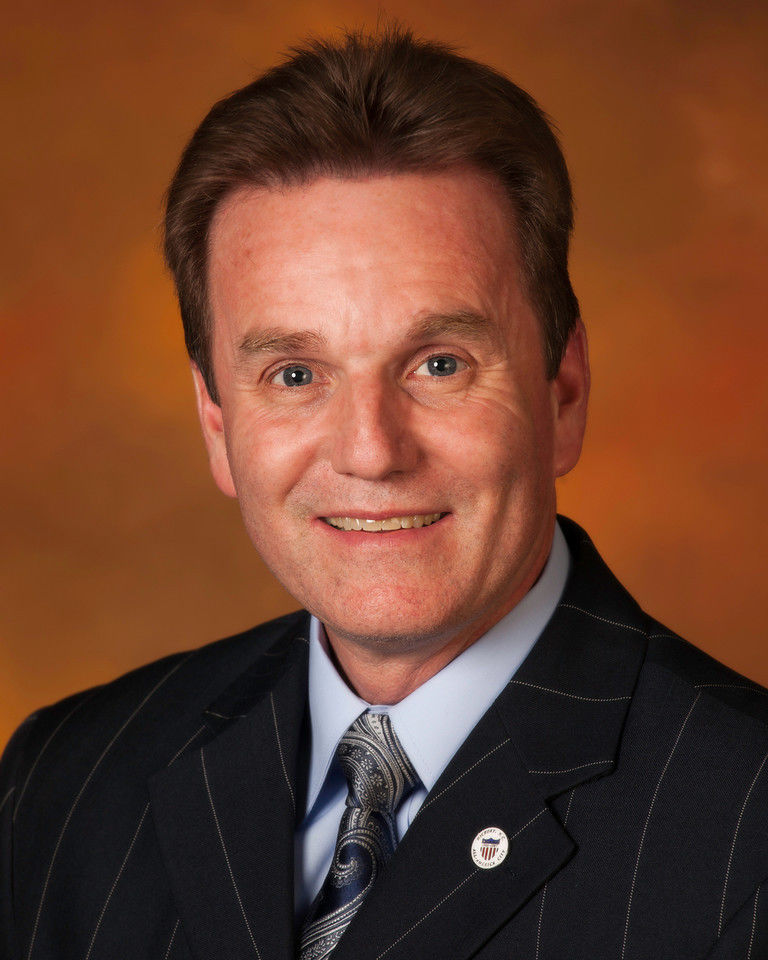 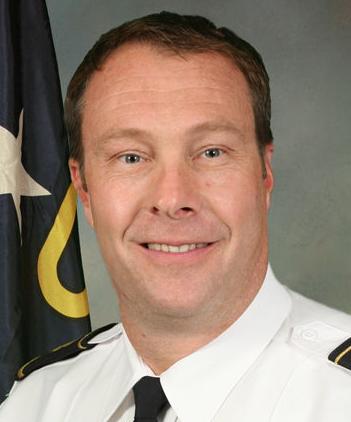 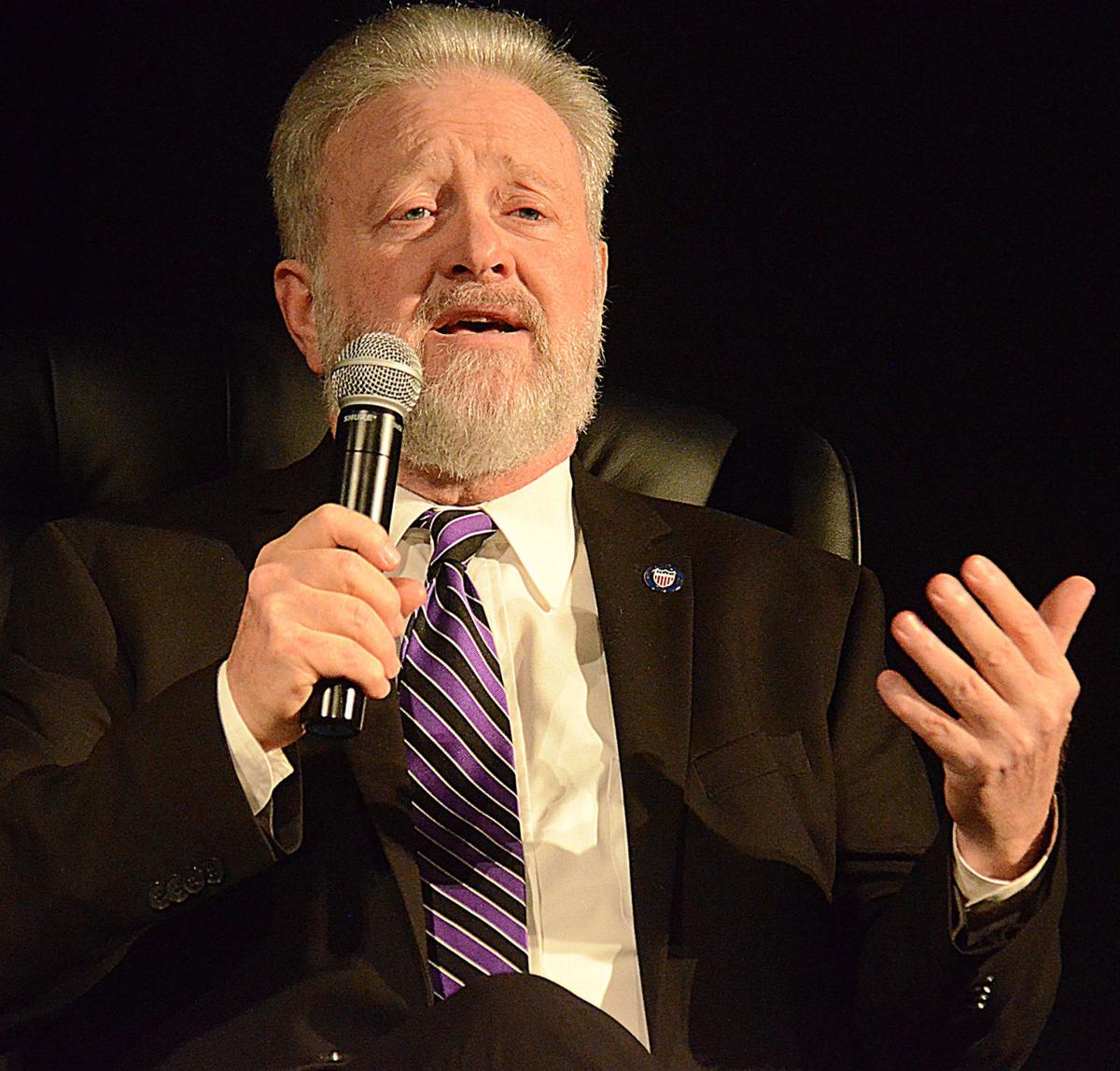